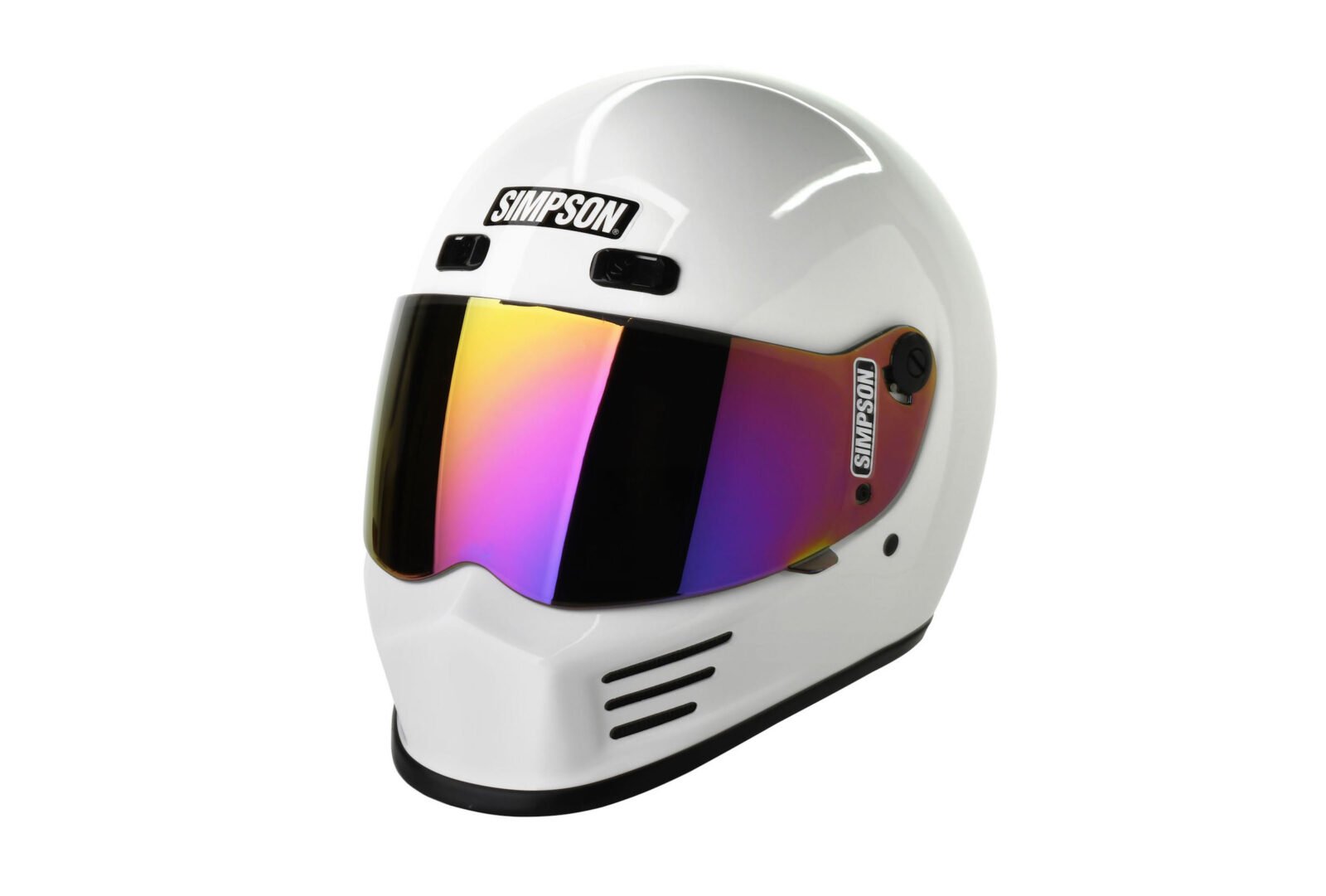 The Simpson Street Bandit Helmet has a shell design used since the 1970s by the iconic American company founded by Bill Simpson back in the ’50s. The impact that Simpson has had can’t be overstated, Bill invented the drag racing parachute and the Nomex fire-proof racing suit now worn by all professional racing drivers from Formula 1 to the Lawn Mower Racing League.

Bill Simpson and the 100 mph Parachute

Simpson was a drag racing driver who suffered a catastrophic accident in 1958 – breaking both arms and quickly developing much more interest in safety. After the crash his uncle who owned a military surplus store suggested he slow down the cars after the 1/4 mile dash using ex-military parachutes.

Bill and his dragster driving friend Mike Sorokin came up with a basic prototype, they attached it to the tow hitch of a Chevy station wagon and Bill deployed it by tossing it out the window once Mike got it up to 100 mph.

The Chevy lost control and flew off the road into plant nursery causing significant damage but not seriously hurting either man. They were briefly jailed after the incident, but this didn’t diminish their interest, and once they were out of the clink, they perfected the parachute design that’s now used ubiquitously throughout the drag racing world.

The basic design of the Simpson Street Bandit Helmet was first developed in the 1970s, and it quickly became the de facto choice for drag racing drivers in the USA. It features twin open/close vents at the forehead and twin chin vents on either side of the mouth.

This version of the design specifically for motorcyclists has an enlarged eye port area for excellent field of vision, and it passed the exceedingly challenging Snell M2015 safety standard – a gold standard in the world of motorcycle helmets. 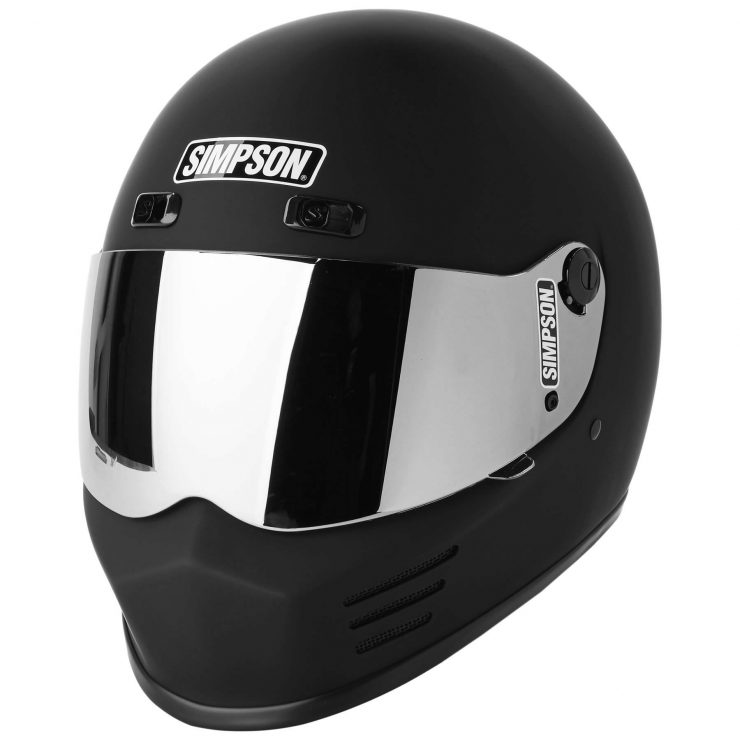 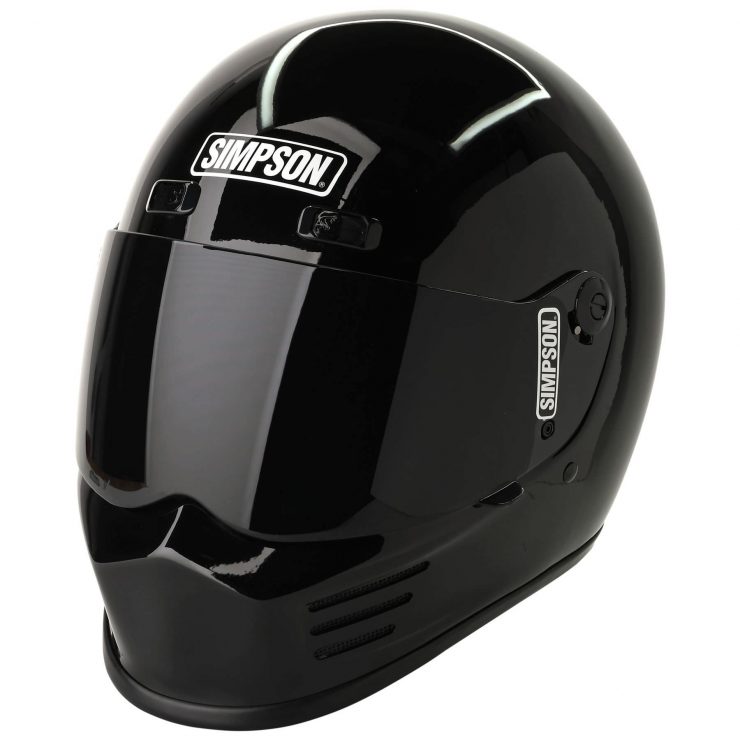 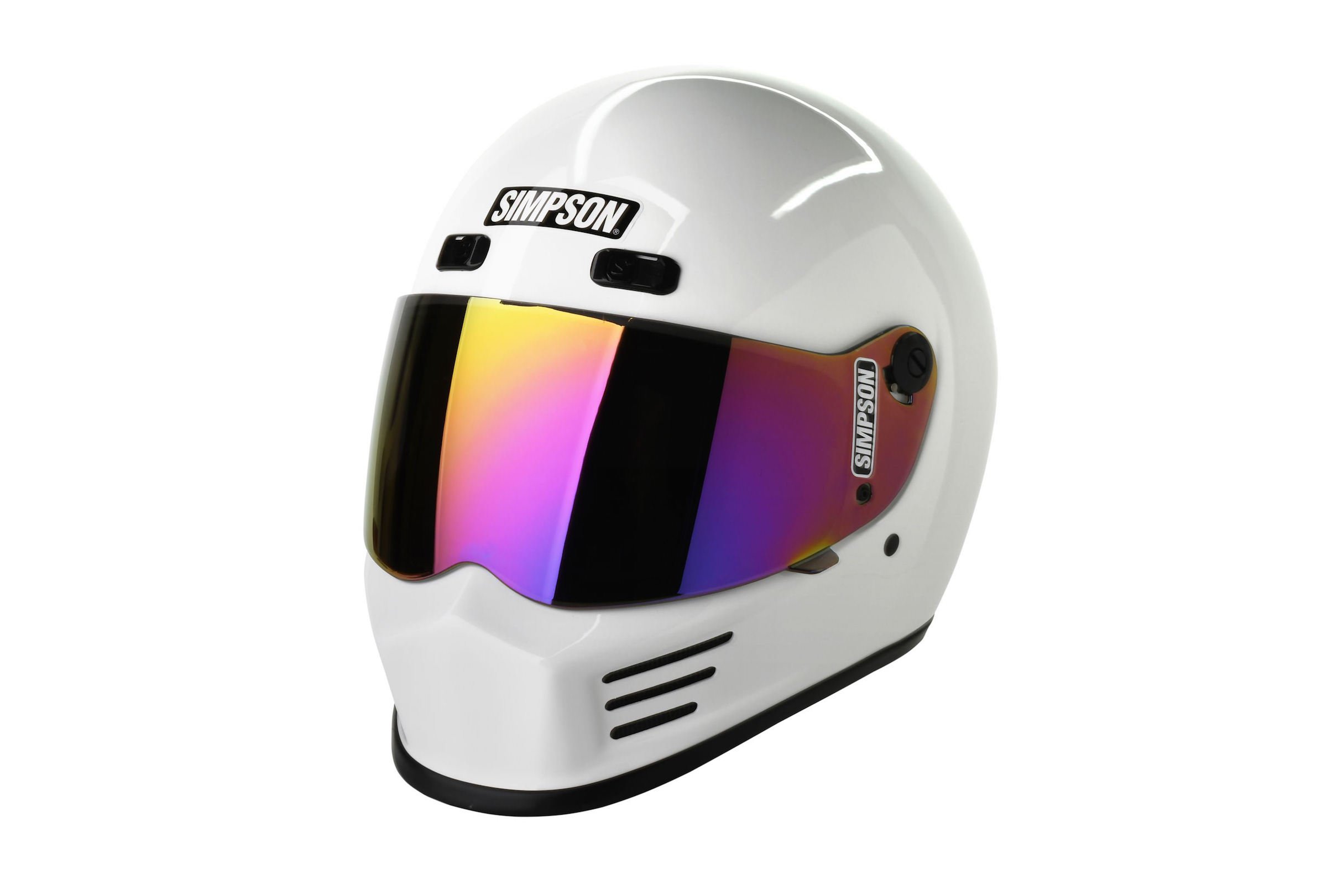