Big Oly – The Off-Road Racing Ford Bronco That Changed Everything 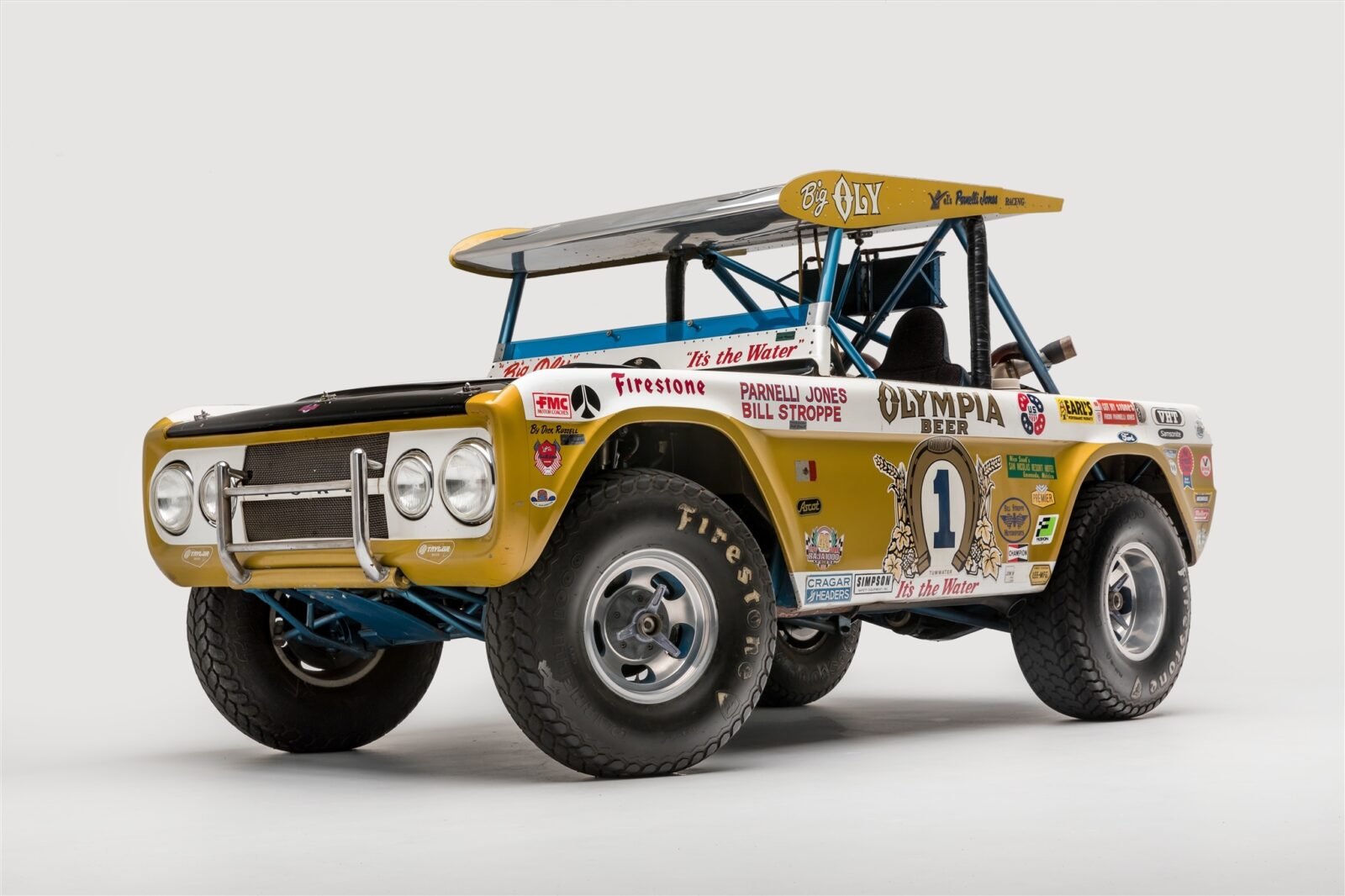 Big Oly is possibly the most famous off-road racing truck in American history, it was one of the first designed from the ground up for desert racing – with a tubular steel frame and a fiberglass body bolted to the outside designed to look like a Ford Bronco.

Big Oly was originally named the “Crazy Colt”, the name changed after Olympia Beer was onboarded as the title sponsor, their logo was painted on each side of the truck, and each side of the overhead wing.

Parnelli Jones never really intended to take part in off-road racing, he had already raced on dirt tracks with sprint cars and midget cars earlier in his career before graduating to sports cars and IndyCars. Jones won the Indy 500 in 1963, he had taken pole position and leading most of the race the year before in 1962, then lost a brake line and finished in 7th.

By 1967 Parnelli Jones already had an impressive career with a long list of wins under his belt when he was asked somewhat publicly by Bill Stroppe at a Christmas party in 1967 if he would ever consider racing off-road. Jones said no. Stroppe then implied that perhaps off-road racing would be too hard for him. Jones took the bait and the two men teamed up to race in the 1968 Star Dust 7/11 with Jones driving.

Typically when it comes to off-road racing, the men break before the machines. Things would be different with Parnelli Jones. He frequently drove so hard and so fast that trucks lost wheels, axles, suspension, brakes, and any other number of important oily metal pieces.

Jones and Stroppe won the 1970 Baja 500 in a heavily-modified Ford Bronco, but Jones wanted more. He knew from his circuit racing career that a spaceframe chassis with long-travel suspension and no front axle (rear wheel drive only) would be quicker – perhaps even quicker than the motorcycles.

Stroppe initially refused to even consider it, he had a friendly relationship with Ford and intended to keep it that way. Jones discussed the idea with the best fabricator in Stroppe’s workshop – Dick Russell. The two men agreed to pursue the idea and took lunches together to draw out designs on napkins, Russell then began building the chassis at home by himself.

The project to build the Crazy Colt was already well underway when Bill Stroppe discovered the subterfuge, he was initially furious but mellowed quickly when he realized that the truck would have a fiberglass Bronco body – a feature sure to keep the folks at Ford happy.

The project was moved into the Stroppe workshop and Russell was joined by the full team, rapidly increasing the pace of work. The design called for a lightweight tubular TIG-welded 4130 chromoly chassis, aluminum internal body panels, and a lightweight fiberglass body that had been moulded directly from a Ford Bronco before being sectioned 3 inches and narrowed 3 inches.

When it comes to racing trucks suspension is all-important, the Big Oly has Twin-I-Beam front suspension with radius arms that attach to the frame behind the axle beams. The rear suspension is a four link design with a transverse panhard rod, and the rear axle is a full-floating 9″ design and a Detroit Locker differential.

Both front and rear suspension use coil springs with an internally mounted shock absorber – all mounted directly to the chassis. Disc brakes from Hurst/Airheart are used on all four corners and a Thunderbird steering box keeps it all pointing in the right direction. 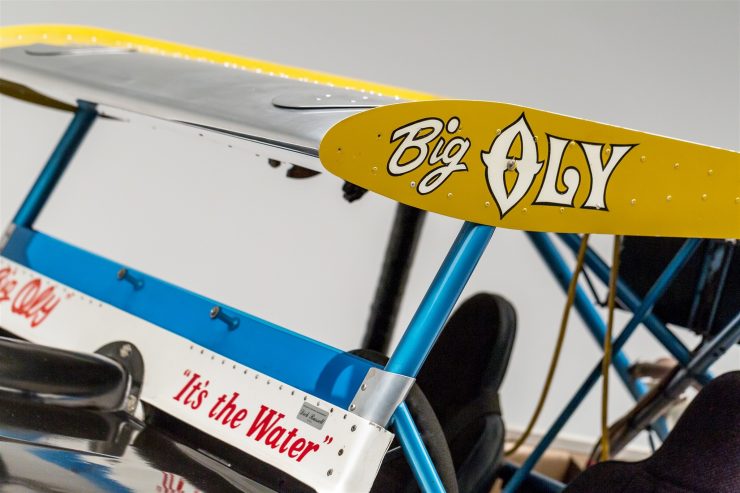 The most memorable part of the Big Oly is of course the giant wing mounted on the roll cage. It doubles as a roof to keep the sun at bay and it includes twin pop-up spotlights for use at night. The idea to fit the wing was Parnelli’s, he had seen the effectiveness of wings in other forms of racing and the loose tail end of the truck at speed convinced him that it needed downforce.

The wing was constructed using the same methodology applied to aircraft building, riveted aluminum with internal ribs. The angle of the wing is adjustable with a range of 40 degrees, adjustable in 10 degree increments from a lever inside the cockpit within reach of the driver.

A C4 3-speed automatic transmission was originally used but it was upgraded to a stronger C6 soon after. The oil and transmission coolers were mounted up behind the driver and co-driver in the clean airflow, and the engine’s air filter is mounted inside the cab between the two drivers – to get the most dust-free air possible. 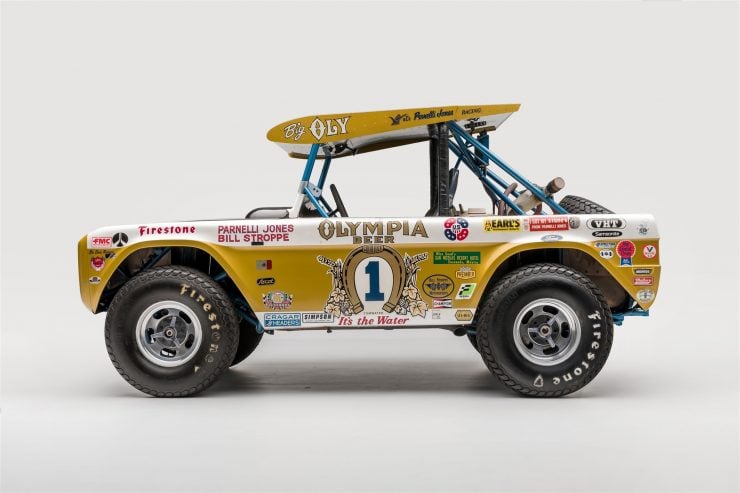 Big Oly proved to be immediately successful – in fact it was a league ahead of the competition.

The dominance of the truck led to an arms race in the world of off-road racing that we still see playing out today. Modern desert racing trucks have space frame chassis, lightweight “bolt-on” bodies often designed to look similar to a production model, a reliable V8, a solid rear axle, and generously proportioned coil springs on all four corners.

Big Oly proved to be a hugely influential design that succeeded in bringing technology from the race track to the desert, ensuring that off-road racing trucks would never be the same again.

If you’d like to see Big Oly the Petersen Automotive Museum will be showcasing the truck as part of the exhibit “Legends of Los Angeles: Southern California Race Cars and Their Builders”.

The exhibit starts on the 10th of November for the general public, if you’d like to see more or get tickets you can click here. 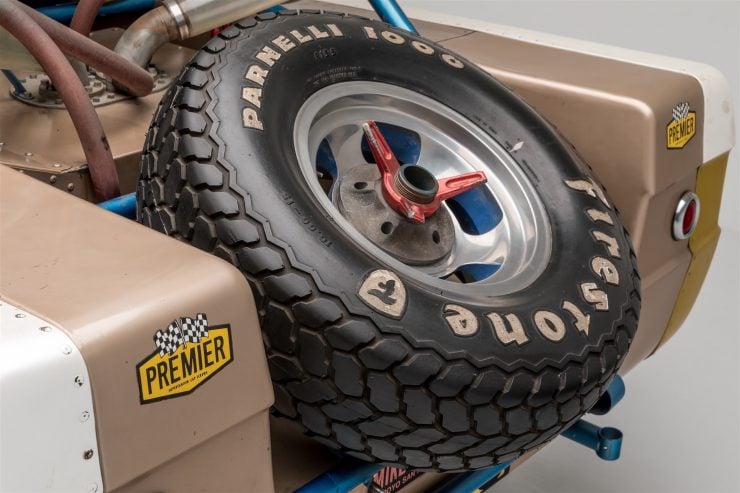 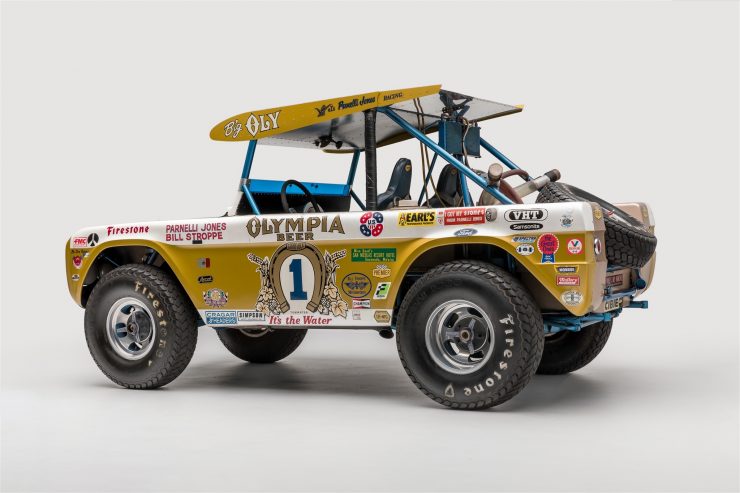 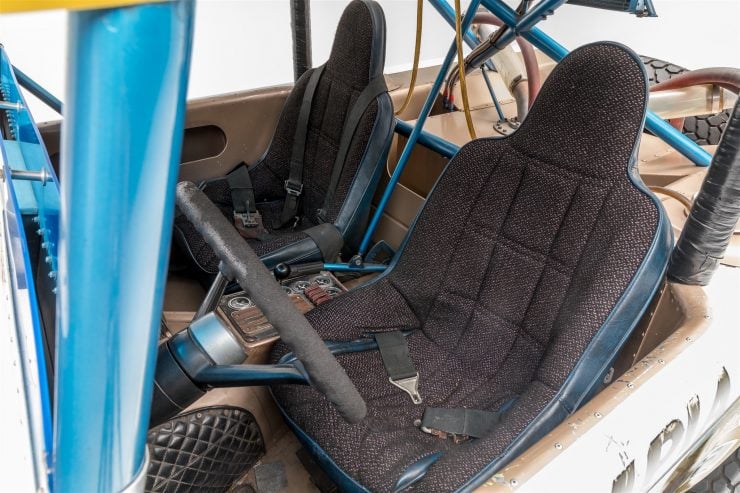 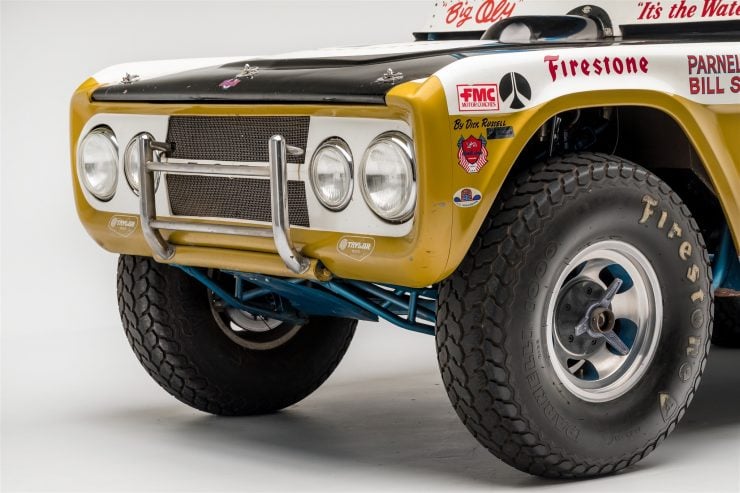 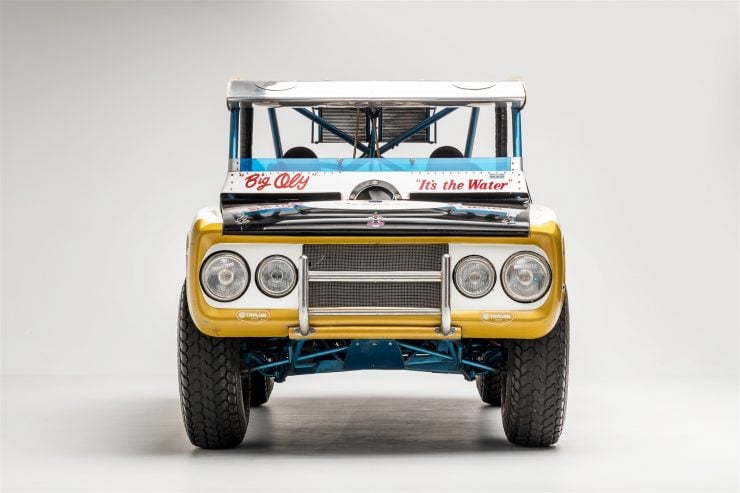 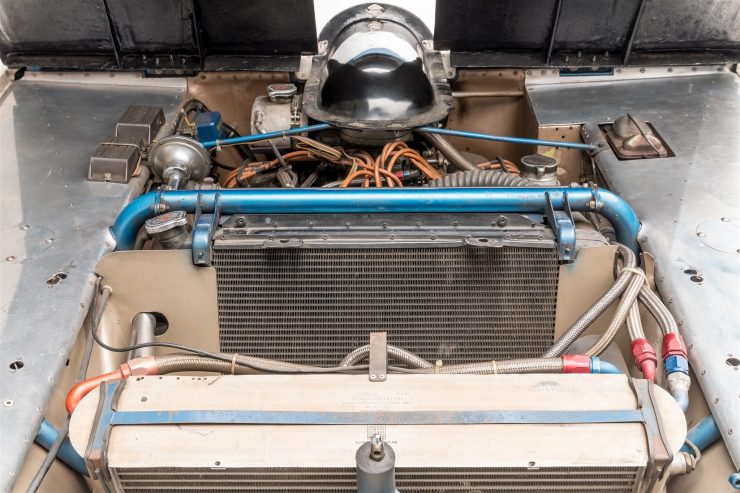 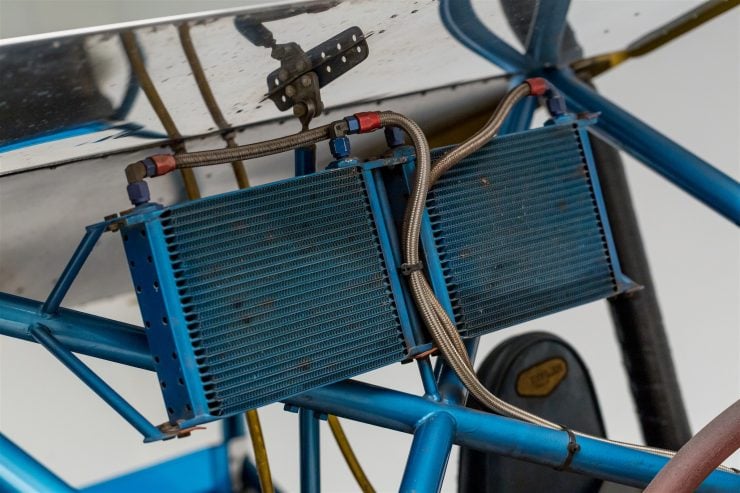 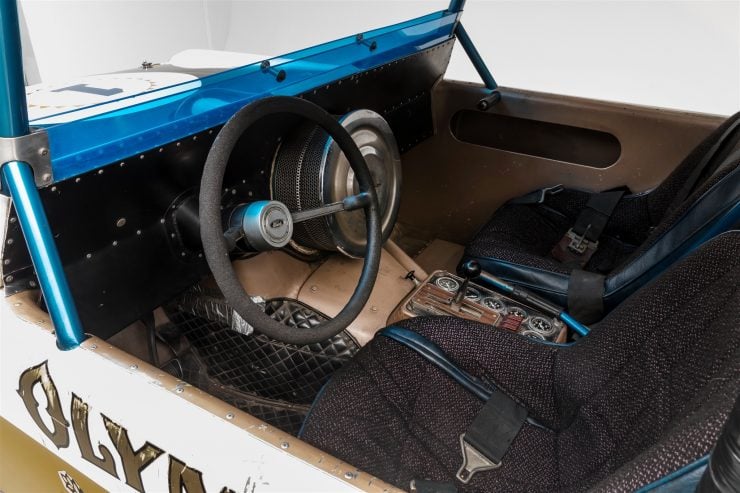 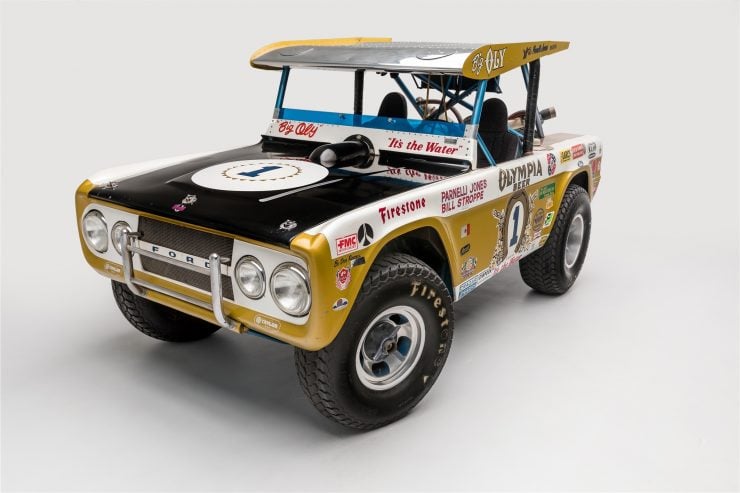 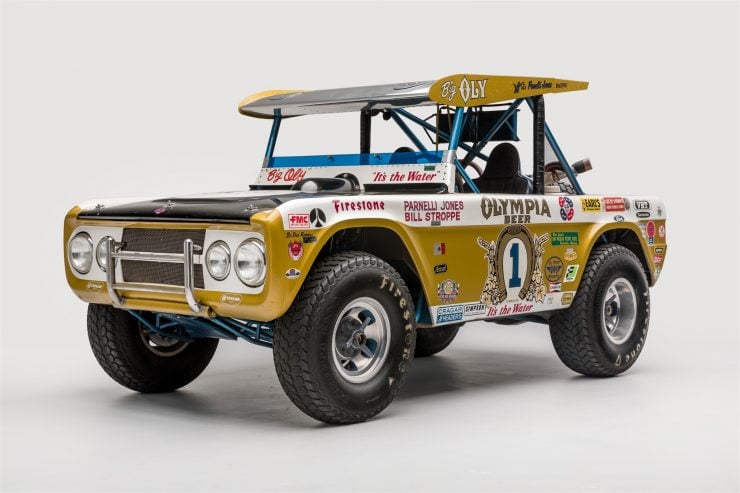 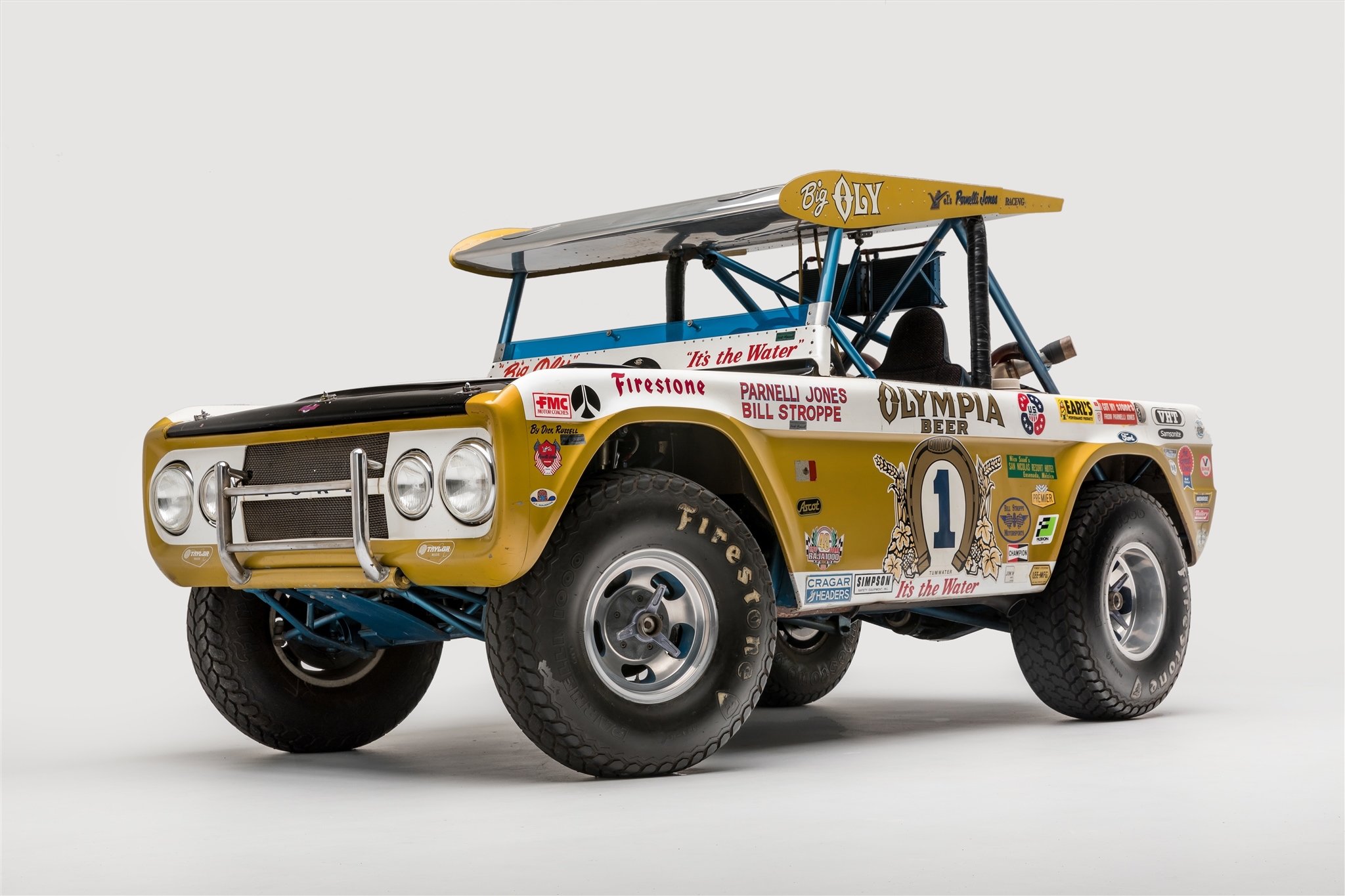