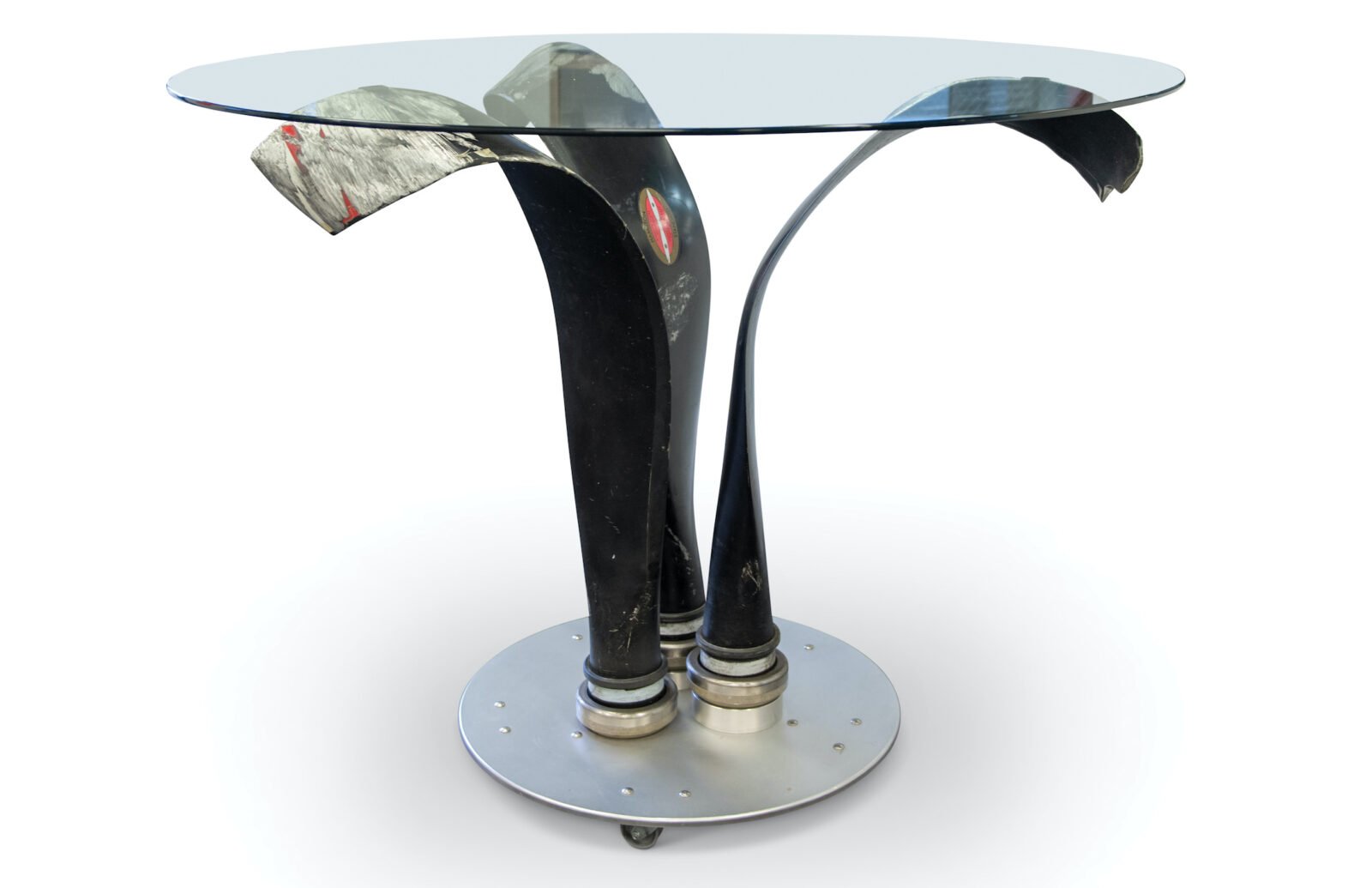 This table was made using three damaged propellers from a North American T-28 Trojan – they were almost certainly damaged from a belly landing that caused the spinning propellers to be bent backwards by contact with the runway.

The North American T-28 Trojan is a military aircraft used by the U.S. Air Force and U.S. Navy beginning in the 1950s, mostly for pilot training however they were also used during the Vietnam War in roles including counter-insurgency, reconnaissance, search and rescue, and forward air controller roles.

They were also used by the CIA in the former Belgian Congo during the 1960s, and they were put into operational military service by a number of other air forces (and rebel groups) throughout the 1960s and all the way up until the 1989 Philippine coup attempt where they were used as dive bombers. 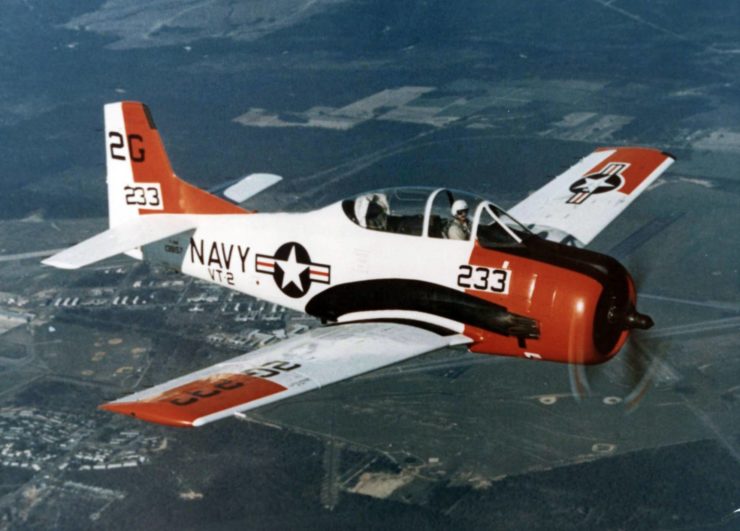 The glass-topped table you see here is has legs made from the aluminum propeller blades from a T-28, as mentioned above the damage almost certainly came from a belly landing which was likely caused by a full landing gear failure or a nose wheel collapse.

The team who built the table used a clever system of alloy discs under the base of each propeller to get the height perfect and ensure that the glass top is level. The aluminum base has wheels and the table comes with correctly sized chairs.