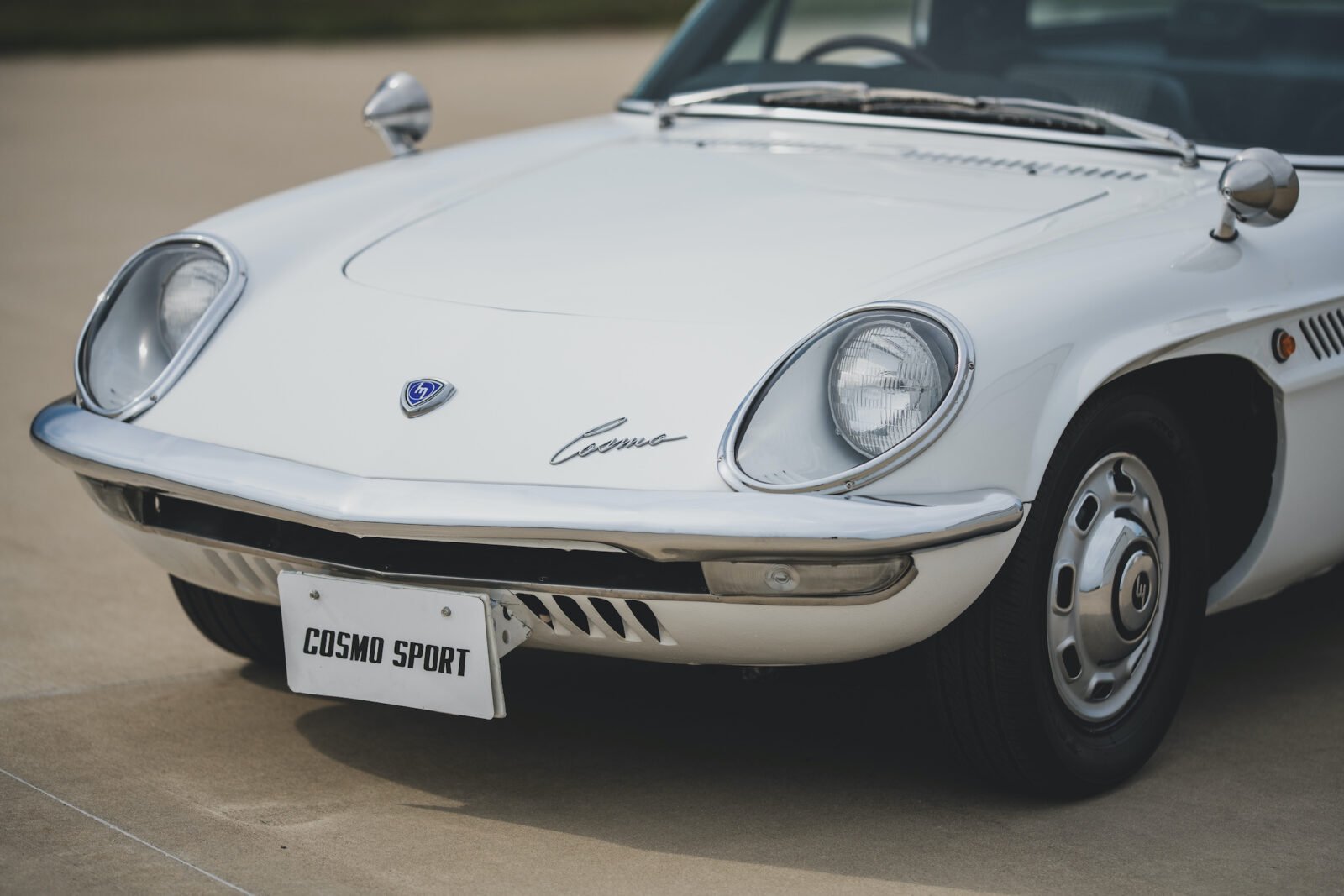 This is a rare Mazda Cosmo Sport Series I, just 343 of these were made and they were the world’s first mass-production sports car powered by a twin-rotor Wankel rotary engine.

The Mazda Cosmo Sport Series I

Upon the release of the Mazda Cosmo, Mazda would become the world’s most successful Wankel engine producer. Japanese engineers dedicated years to solving the inherent difficulties in the engine’s design and they solved them all one after the other – the only problem they weren’t able to solve was the emissions issue caused by the engine’s need to have oil mixed with fuel for lubrication.

By the standards of the late 1960s the Mazda Cosmo Sport had impressive performance specifications, the car was known as the Cosmo Sport 110S in export markets where it was greeted by an intrigued and oftentimes enthusiastic response. 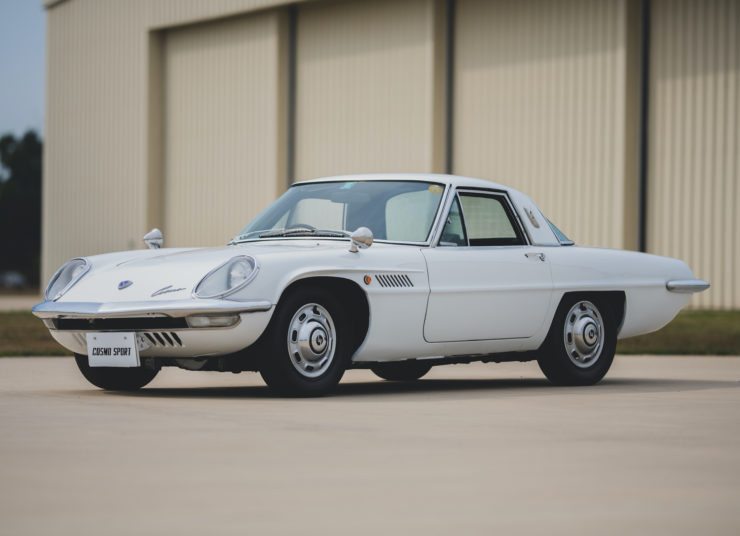 Mazda spent six years working on the design of the Wankel rotary before it went into mass-production. A number of challenges needed to be overcome but perhaps none more so than the problems encountered with apex seals – no matter what they tried chatter marks would begin to appear on the inner walls of the rotor housing after a certain number of hours of operation – Mazda engineers called them the “nail marks of the devil“.

They finally struck upon a solution, new apex seals made using a combination of high-strength carbon infused with aluminum. This allowed engines to run for far longer with no issues, and it meant that Mazda could finally put the engine into production.

The Cosmo was always intended as a halo car for Mazda, as such they built them by hand at an average rate of just one per day over the model’s production run. The Series I was built from 1967 till 1968 with 343 made, and the Series II was built from 1968 till 1972 with 833 made. 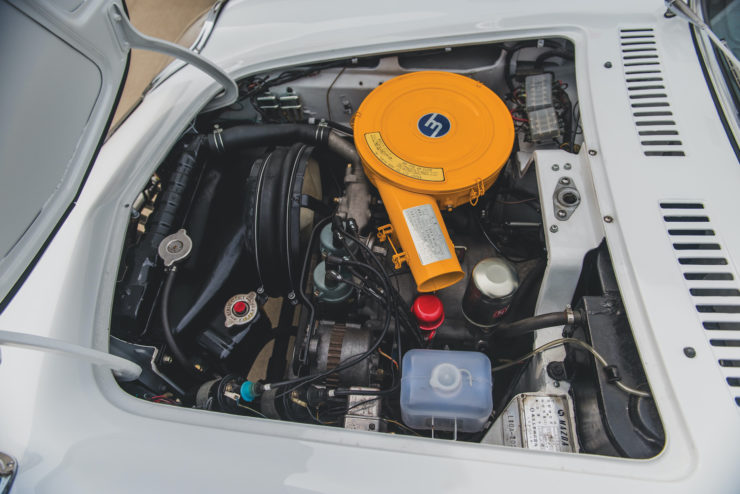 Today the Mazda Cosmo Sport stands as one of the most desirable early Japanese sports cars alongside contemporaries like the Toyota 2000GT, the Datsun 240Z, and the Nissan Skyline GT-R. The rarity of the Cosmo and its historic significance as the first mass-produced twin rotor Wankel sports car have seen its values climb significantly in recent years with no signs of slowing.

The car you see here is one of the less common Series I examples of the Mazda Cosmo Sport. It benefits from a thorough restoration, it’s listed as having been well-maintained ever since, and it’s showing just 7,116 kms (4,421 miles) on the odometer.

RM Sotheby’s will be auctioning the car in late October with no reserve, the price estimate is $70,000 to $90,000 USD and you can click here if you’d like to read more or register to bid. 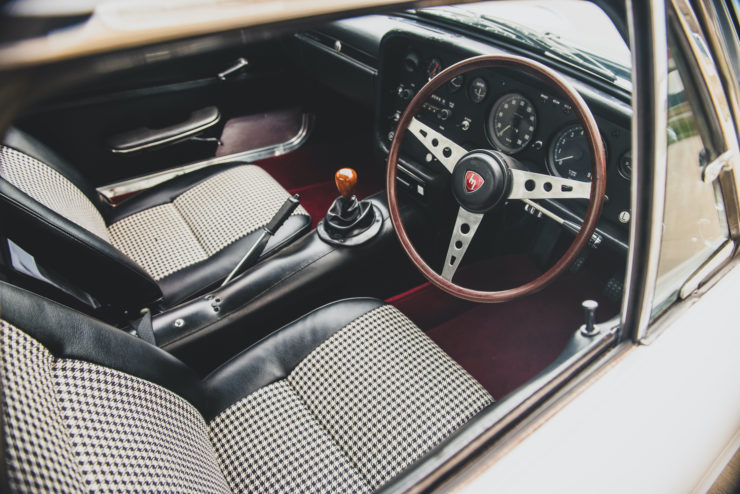 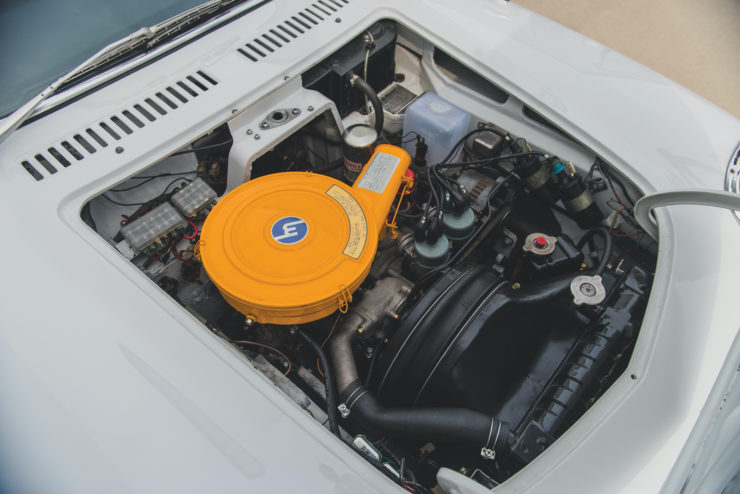 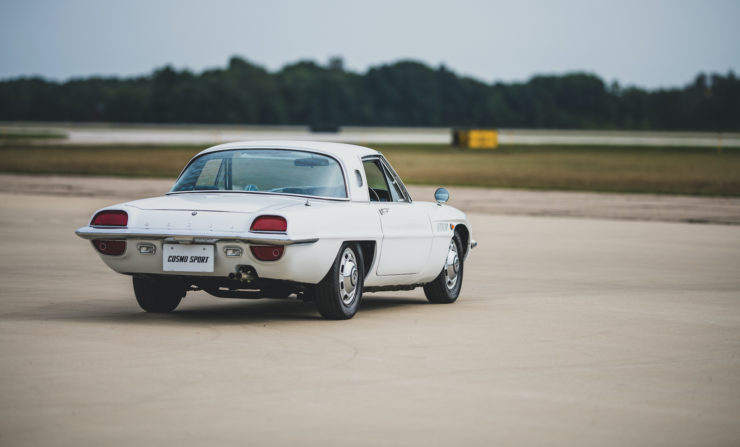 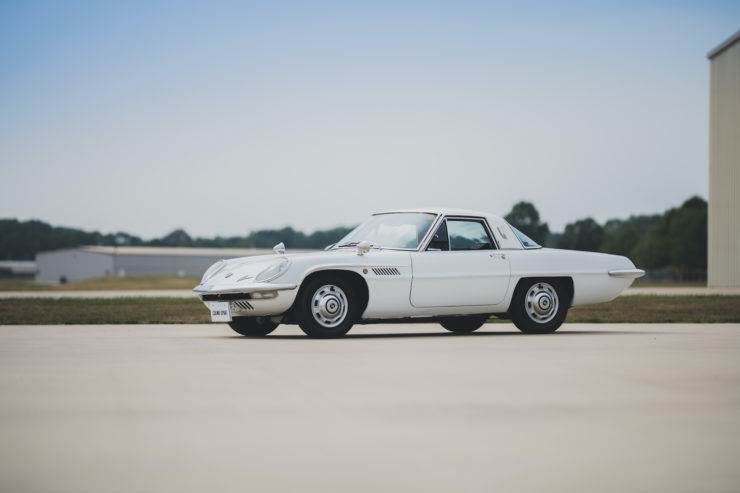 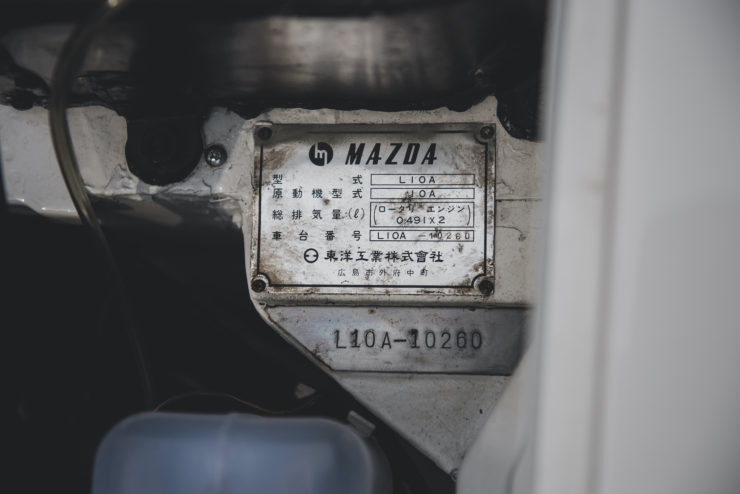 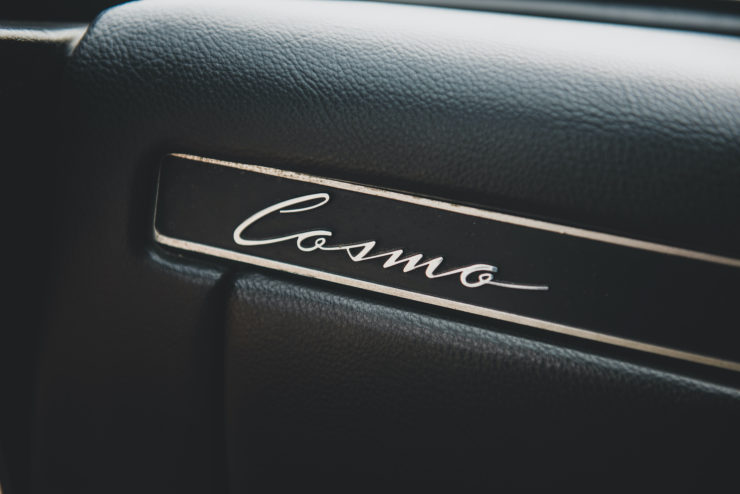 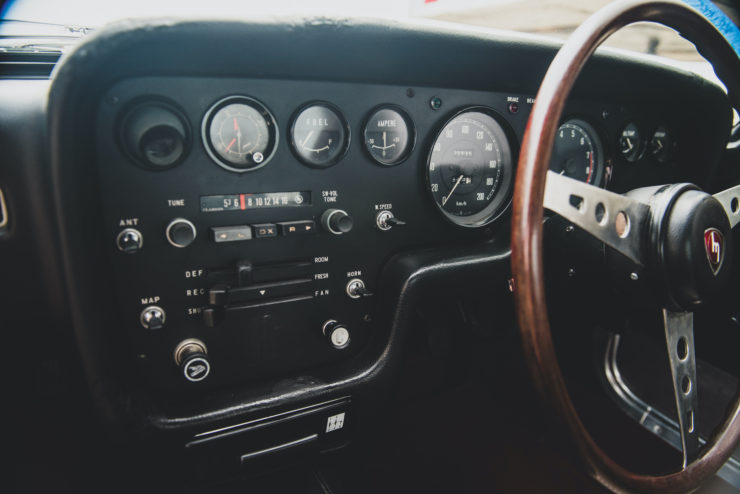 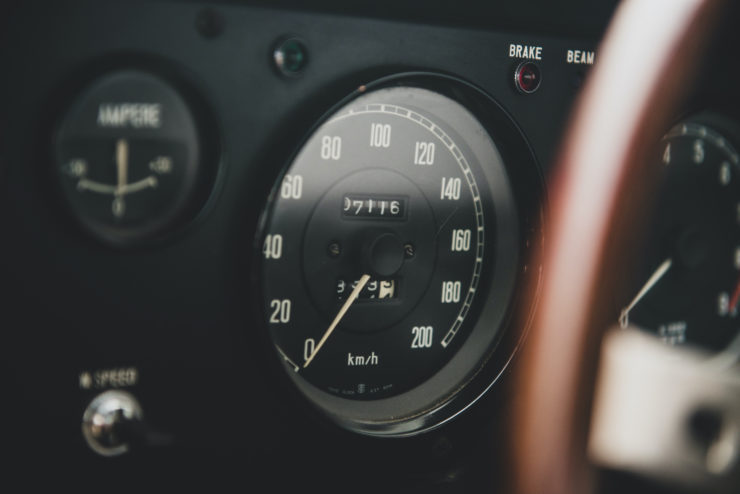 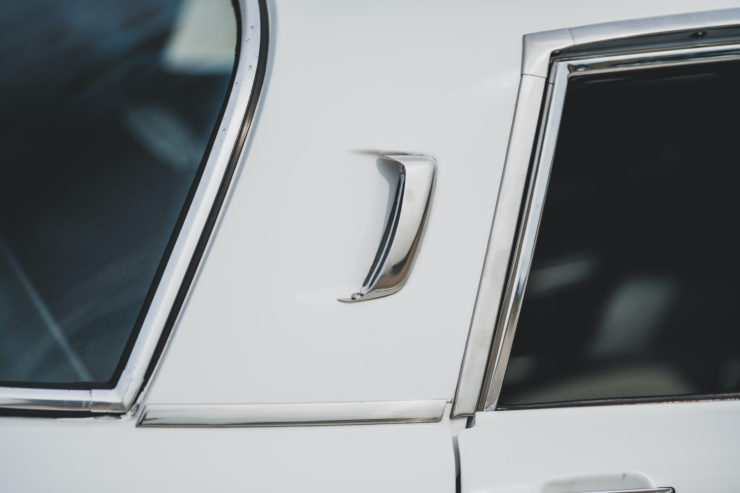 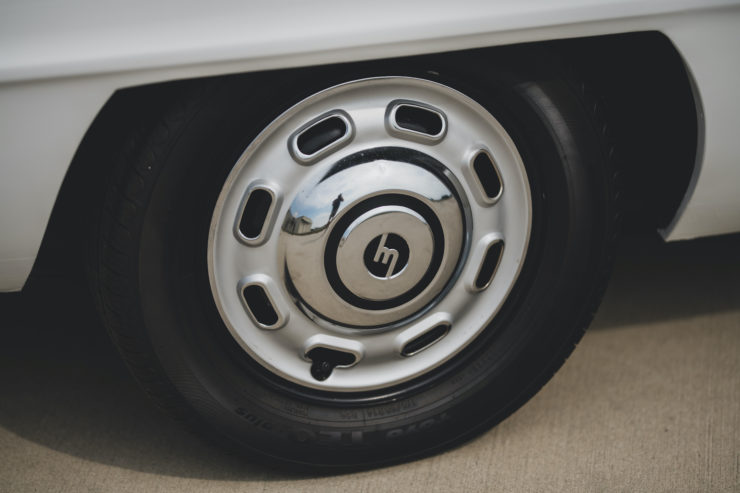 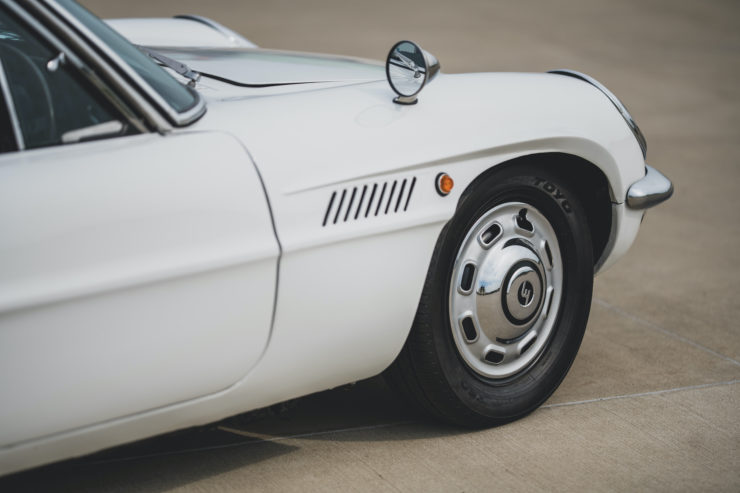 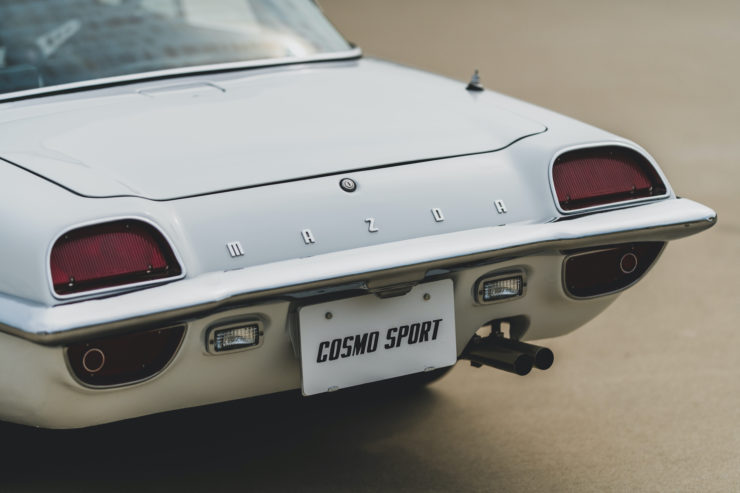 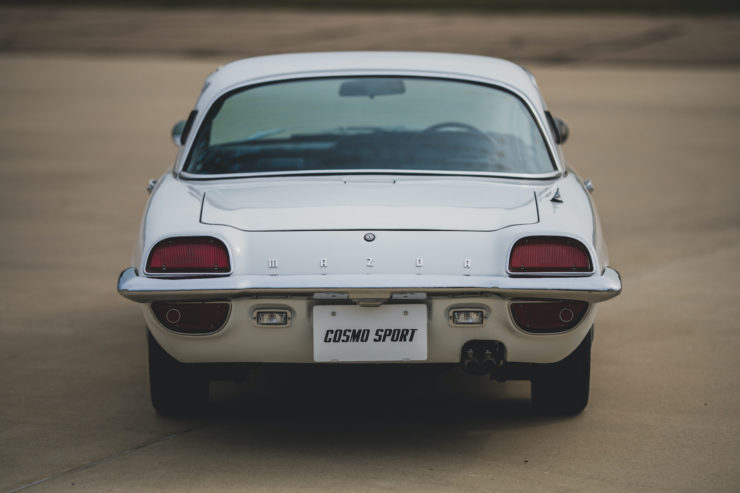 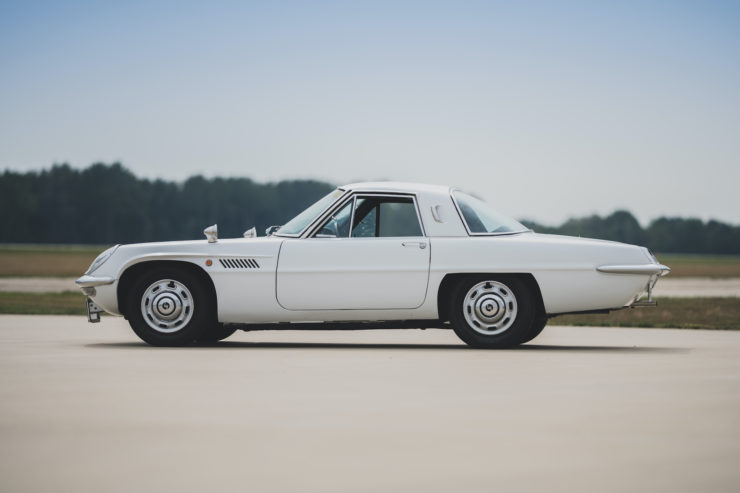