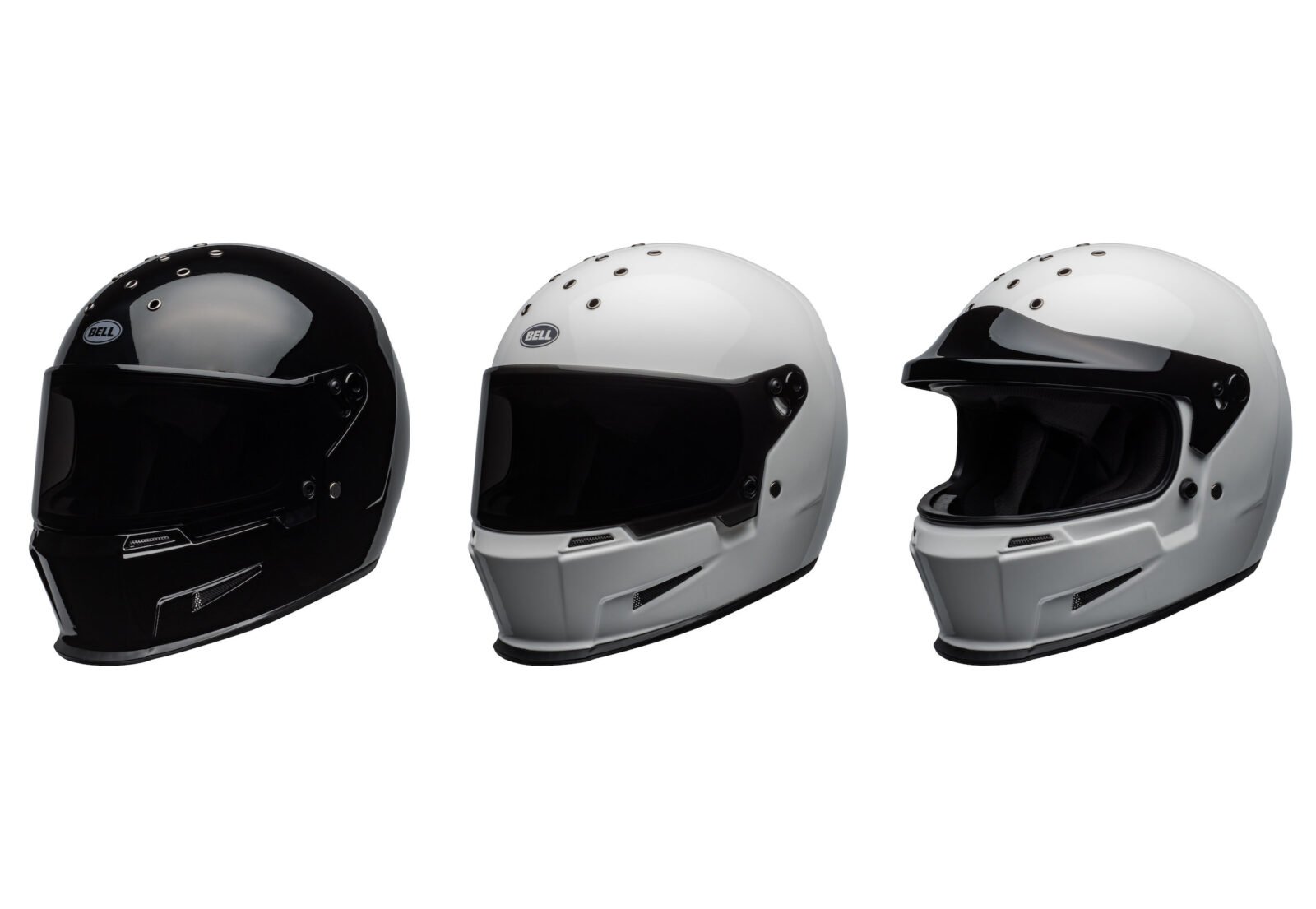 The Bell Eliminator Helmet is a new design from the American company designed to fit into their expanding line of classic helmets, alongside models like the Moto-3 and the Bullitt.

It’s clear from the outset that the Eliminator takes its design cues from vintage automobile racing designs, particularly those from the drag strips and oval tracks of the late-1970s.

The helmet has a pronounced lip running around the base at the front, this is design to perform much the same function as the lip spoiler fitted to many race cars – it helps eliminate lift at speed, a possible clue to the helmet’s model name.

The Eliminator offers four air intakes in the chin bar with a series of nine ports running along the top of the helmet. The visor can be removed quickly allowing the wearer to use goggles or glasses, and Bell designed the helmet to allow easy use of both regular glasses and sunglasses – an important feature for many people that is often overlooked.

Bell develop their helmets with input from wind tunnel testing and aerodynamicists, though (perhaps fortunately) this design is free of the excessive aero features common on helmets targeted more at high speed track-focussed motorcyclists.

Each Bell Eliminator comes with two visors, a clear unit (fitted) and a dark tinted (in the box), there are also built-in speaker pockets for optional communication devices. These devices are becoming more and more popular, particularly with those who commute to work or use their motorcycle for long-distance rides. 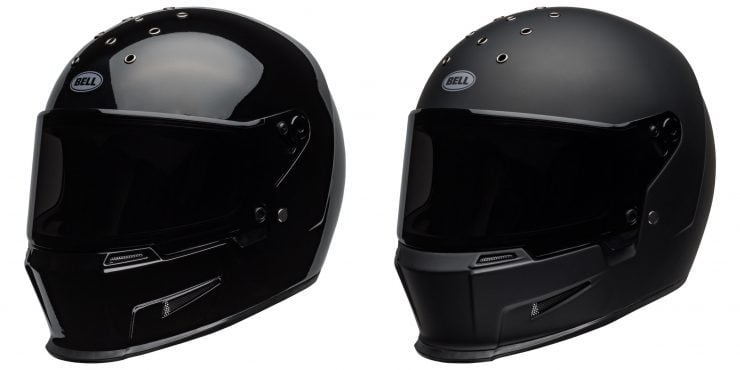 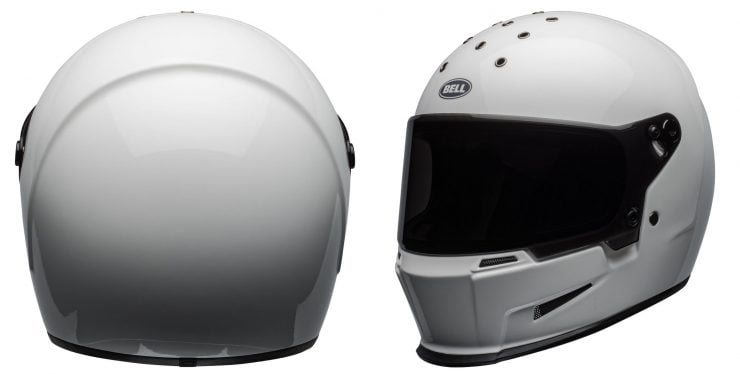