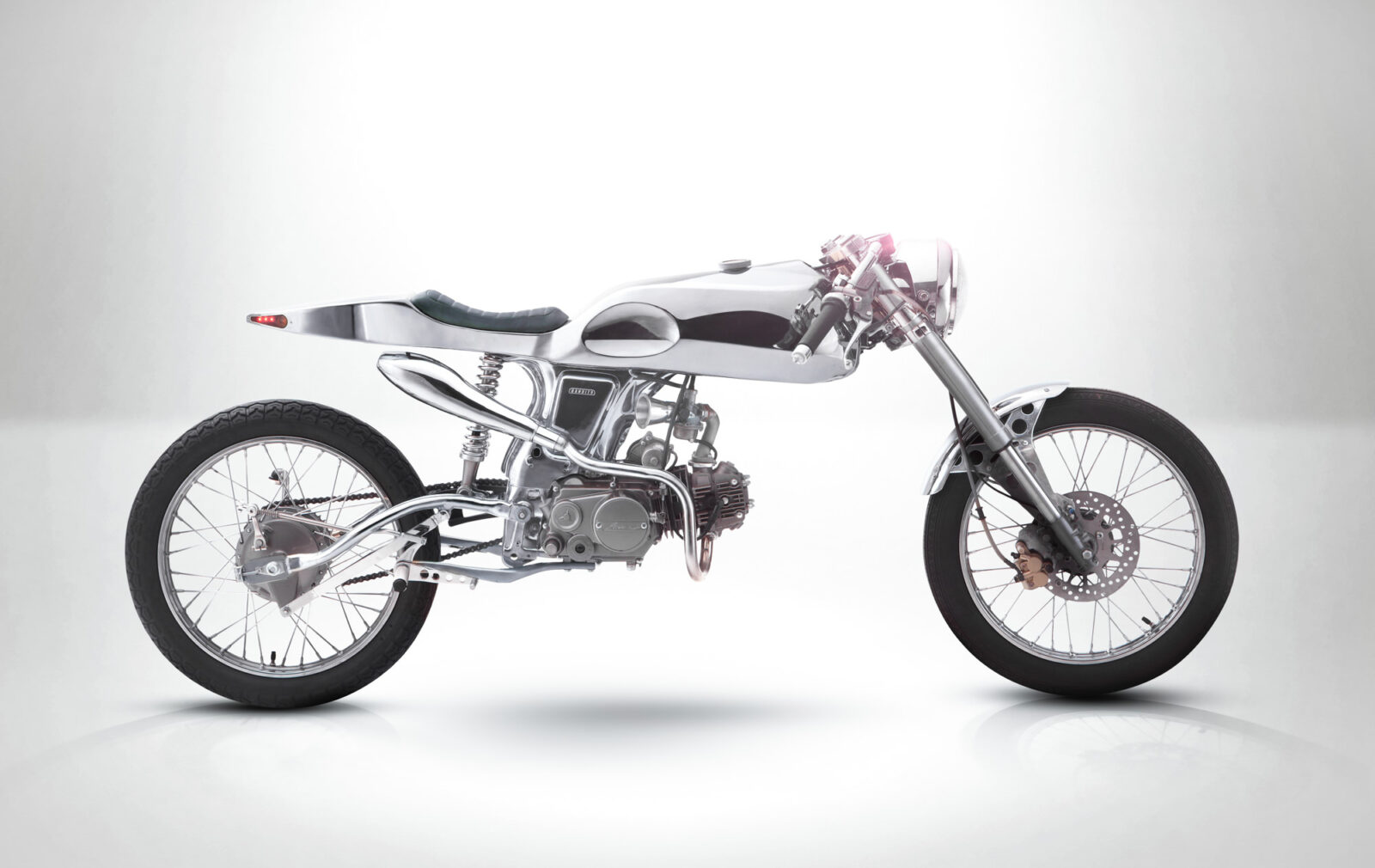 Bandit 9 is a custom motorcycle garage that can lay claim to building genuinely unique bikes – a rare thing in and of itself. The head of Bandit 9 is Daryl Villanueva, a designer and custom builder who started the company in Beijing, before moving it to Vietnam.

The EDEN series of Honda Supersport-based bikes takes its inspiration from the future rather than the past – Daryl wanted the EDEN bikes to look like something you might see on a Star Wars set or sitting in the background of a Syd Mead street scene.

Each EDEN starts life as a Honda Supersport, this one was a 1967 model with a 125cc single-cylinder engine, a single carburettor, and a single exhaust. Honda used a pressed-steel backbone chassis for many of their smaller capacity motorcycles in the ’60s and ’70s as it simplified production, so many smaller-capacity Hondas of this era are characterised by their pistol-shaped frames with under-slung engines.

In order to create each EDEN, the Bandit 9 team strip the donor bikes back to nuts and bolts and extend the steel frame to elongate the wheelbase. A custom triple-tree is then used to install upside down forks up front, capped with clip-ons and a Titan Headlight taken from a Wrangler.

The seamless bodywork is all shaped from hand, from bare steel. Each takes hundreds of workshop hours to shape, and they’re finished with either silver chrome plating, or champagne gold chrome plating – depending on the client’s personal taste.

The original twin-shock swingarm is removed and replaced with a solid steel arc swingarm developed in-house by Bandit 9, it’s linked to a centrally mounted twin-shock set up under the seat. The brake lights and indicator are integrated into the bodywork, and the fuel cap is stainless steel with a Tuscan polished black marble centre.

The production run of the EDEN is limited to 9 units, and you can find pricing and further information on the official Bandit 9 website here. 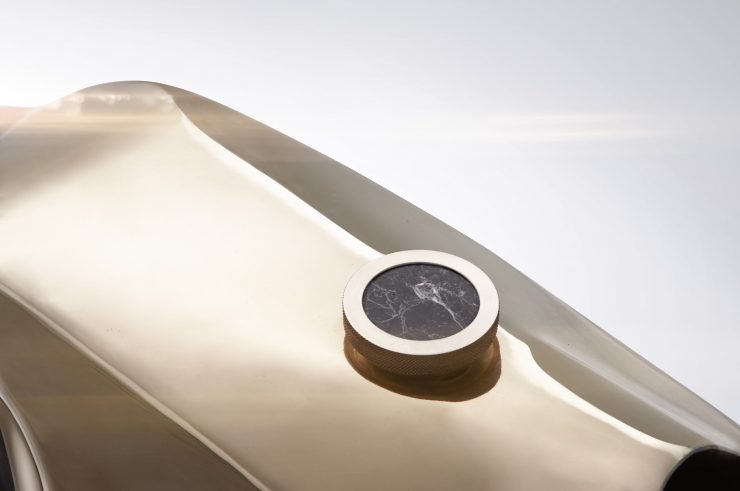 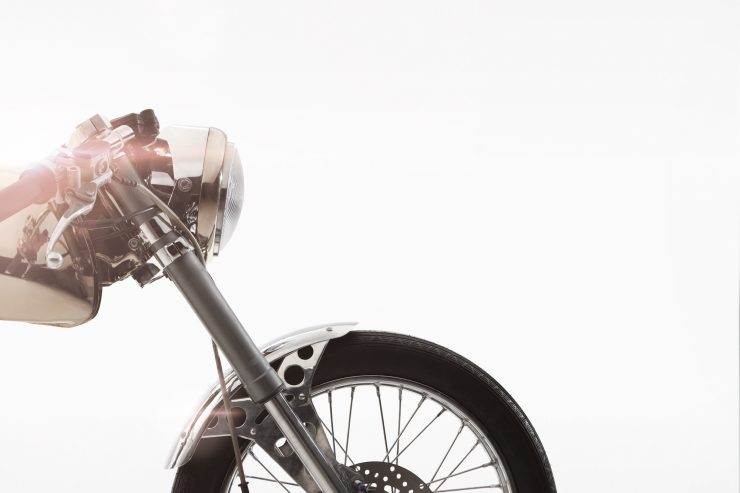 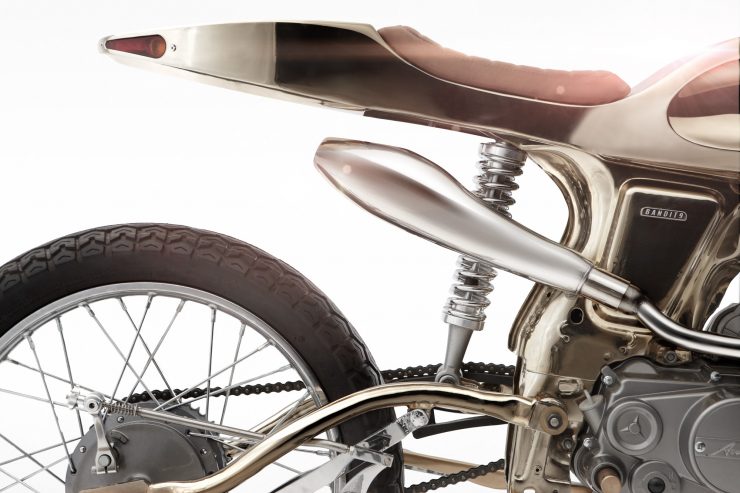 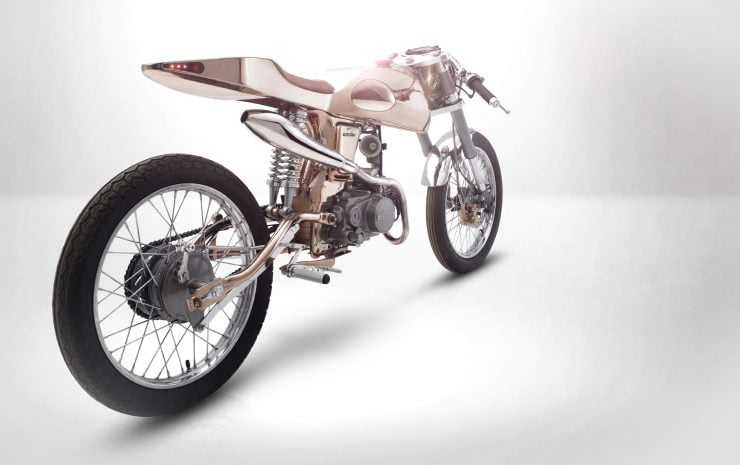 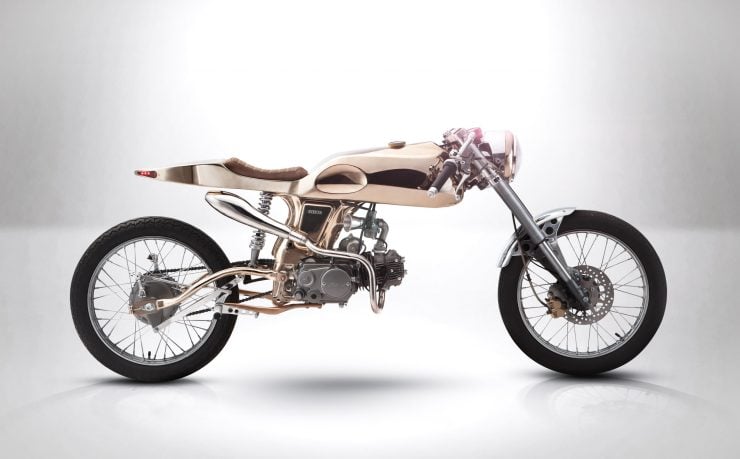 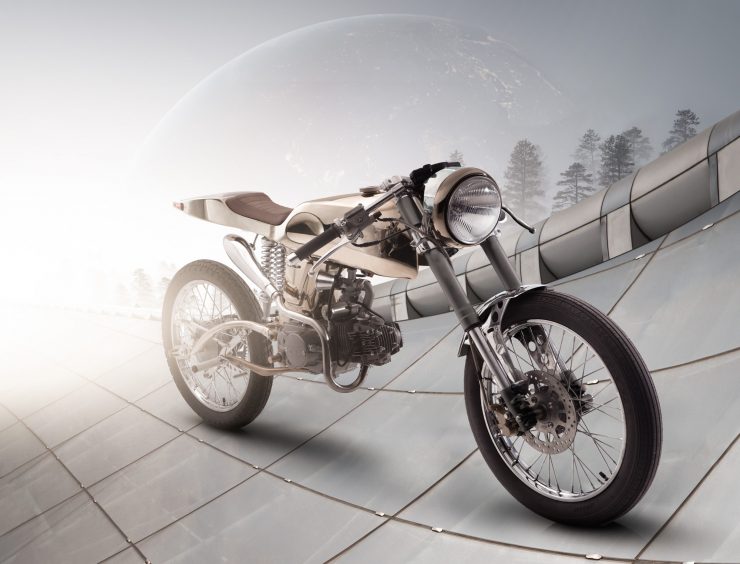 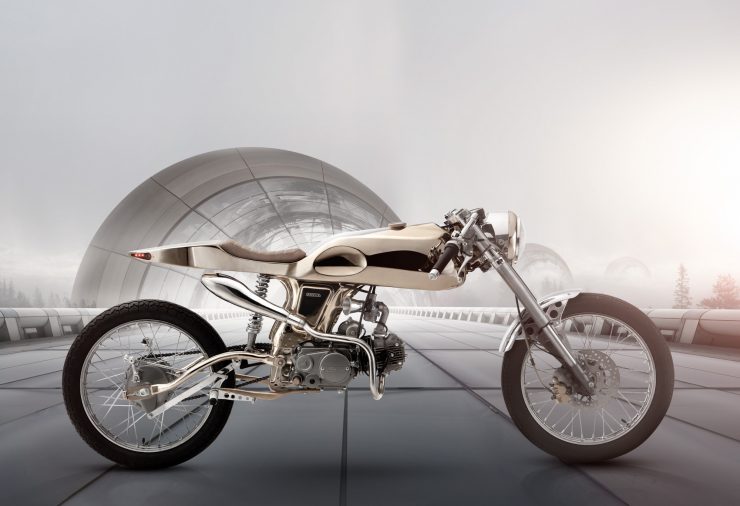 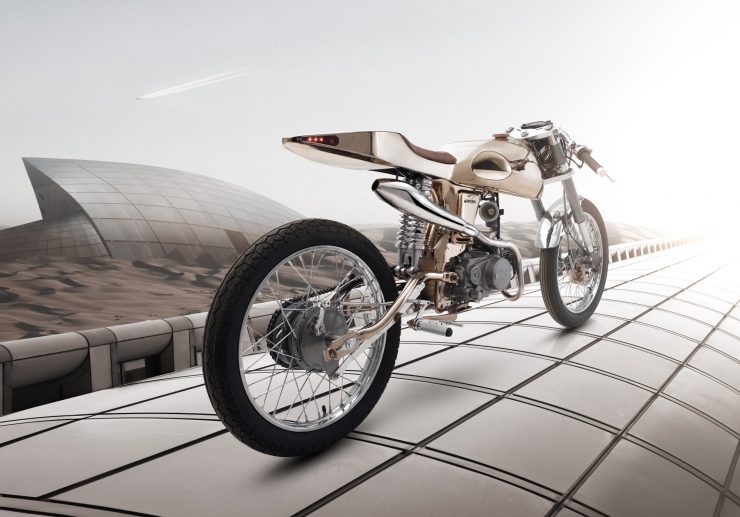 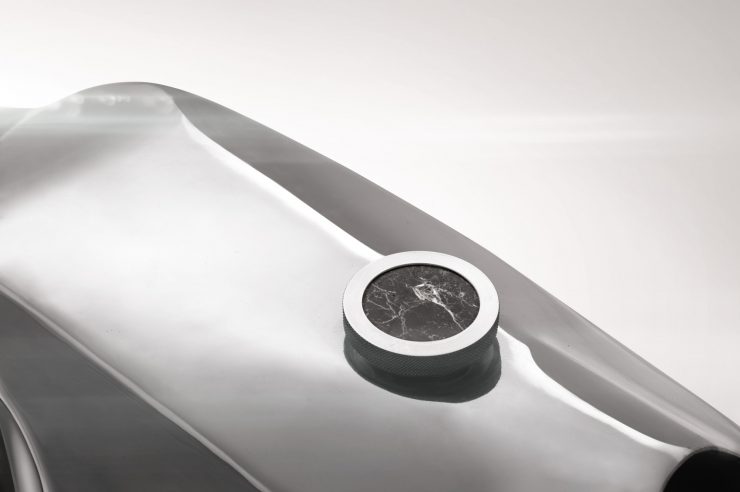 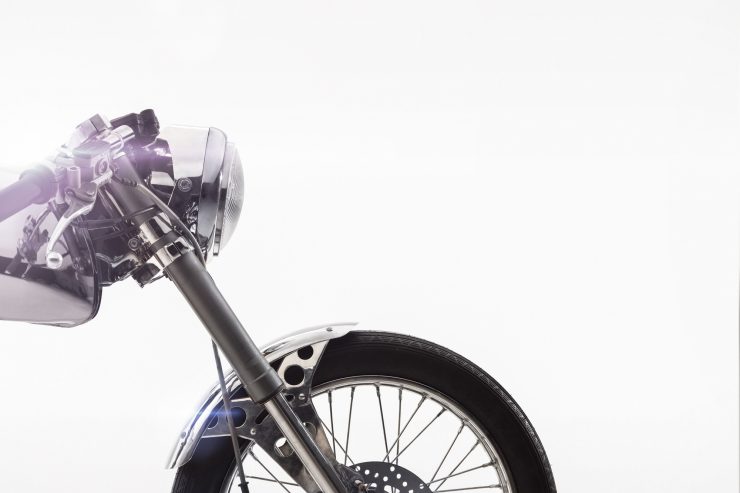 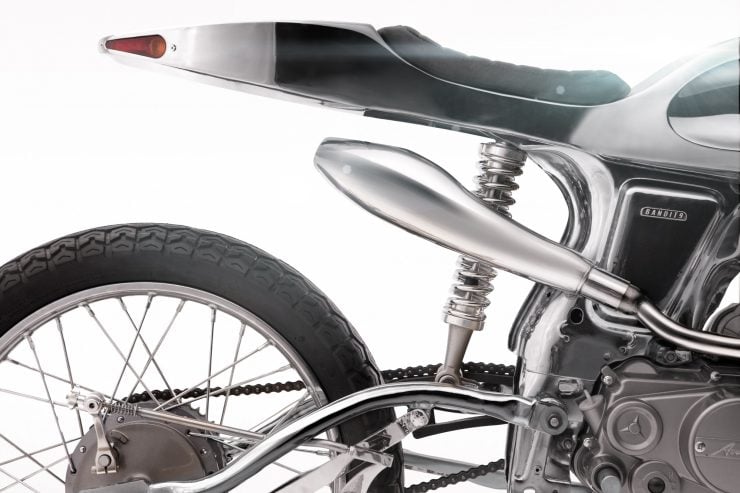 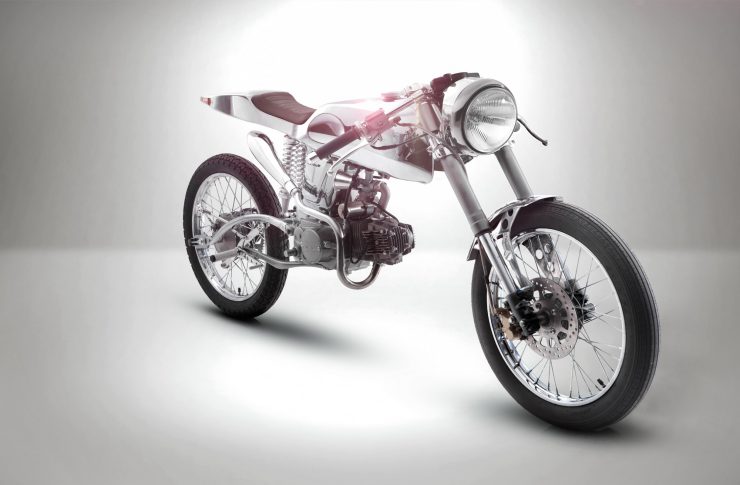 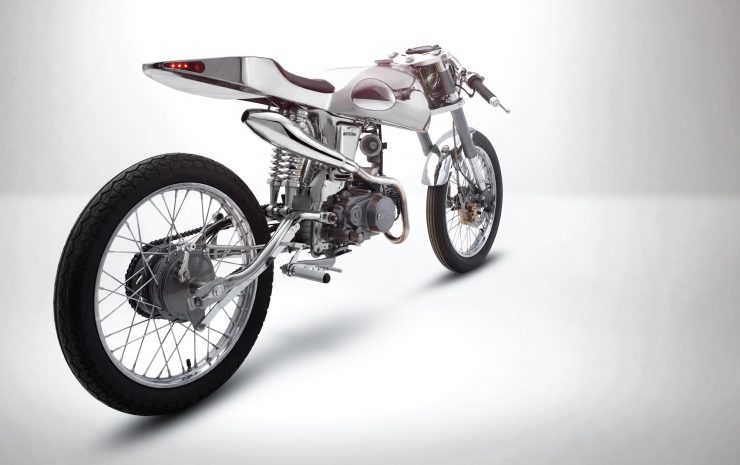 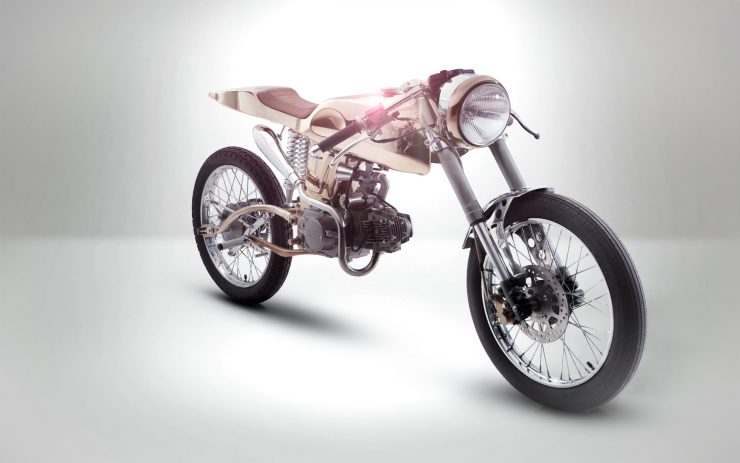 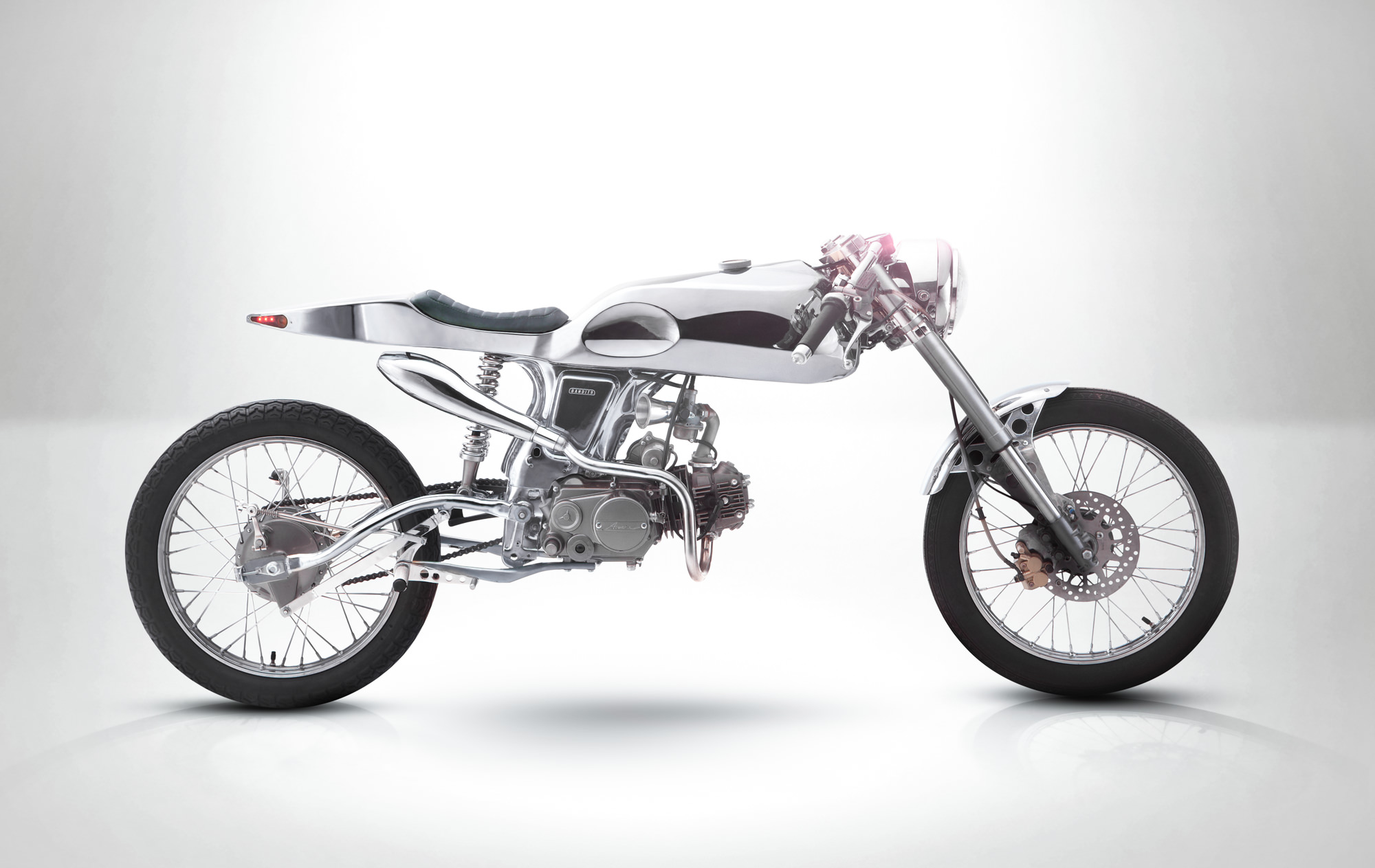