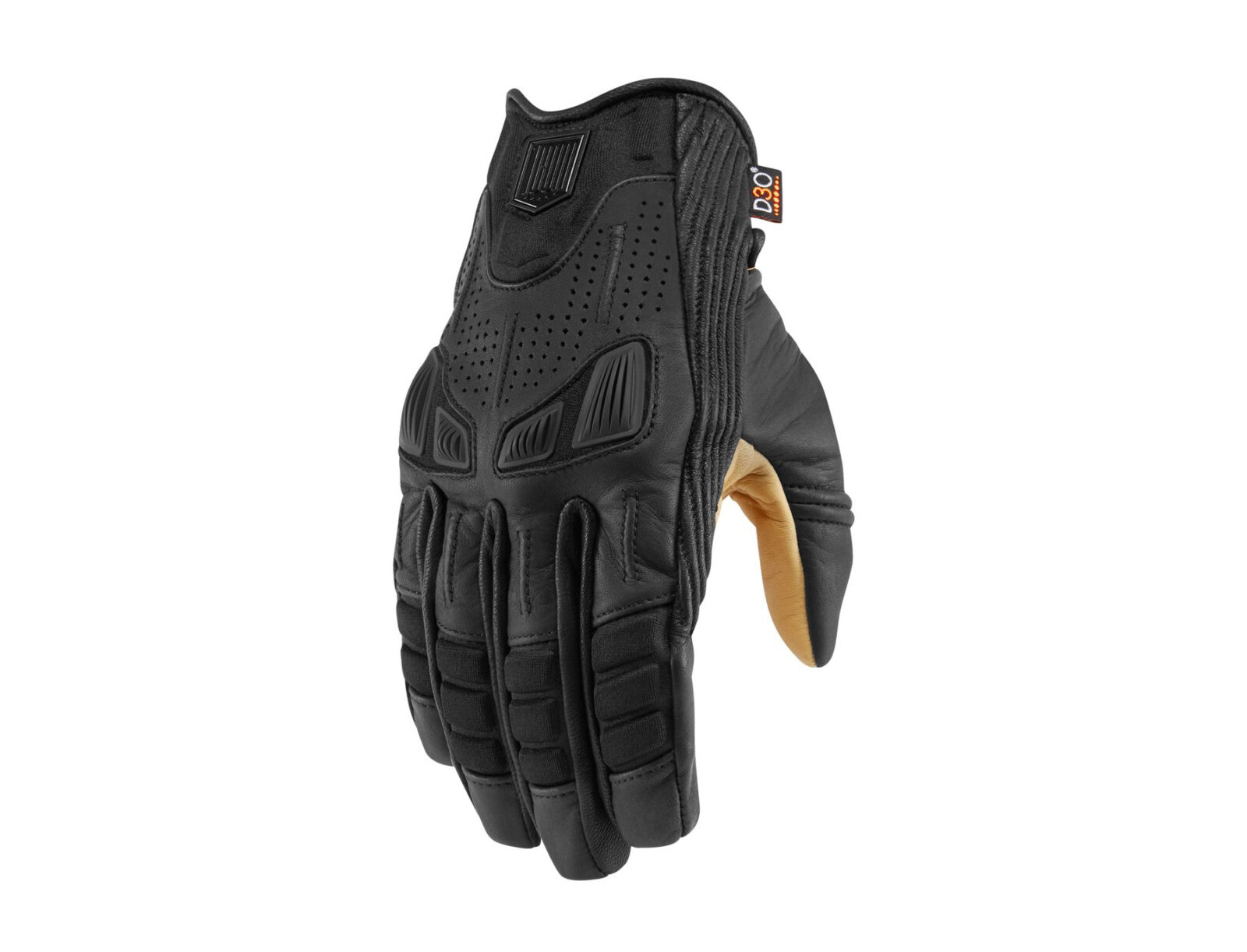 The new Icon 1000 Axys Gloves have been designed for 3-4 season use (depending on your local climate) with a perforated back for breathability and high-quality French cowhide cowhide construction.

The palms have quilted goatskin overlays for additional abrasion resistance, there are accordion flex zones on the sides, a hook and loop wrist closure, D3O armor over the knuckles and additional padding over the finger-backs. 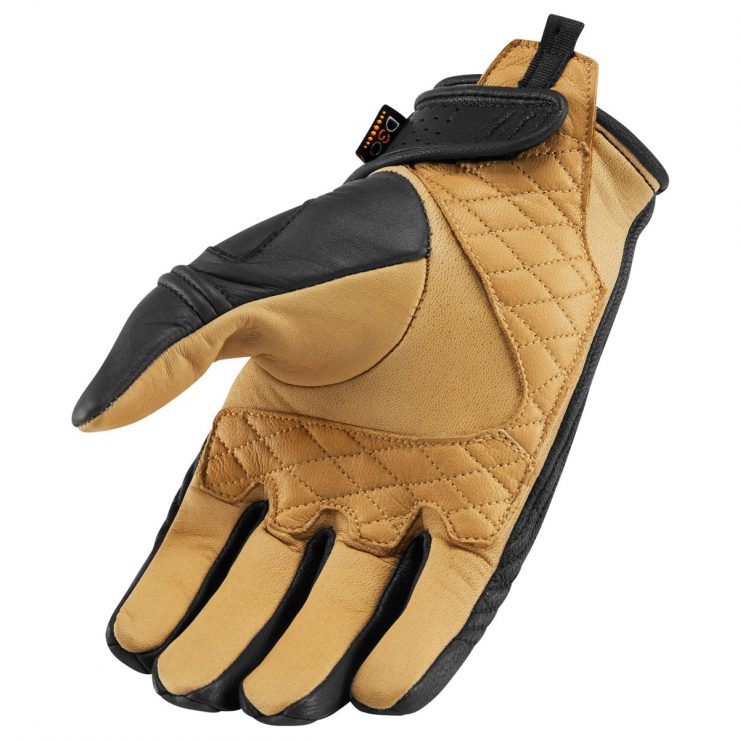