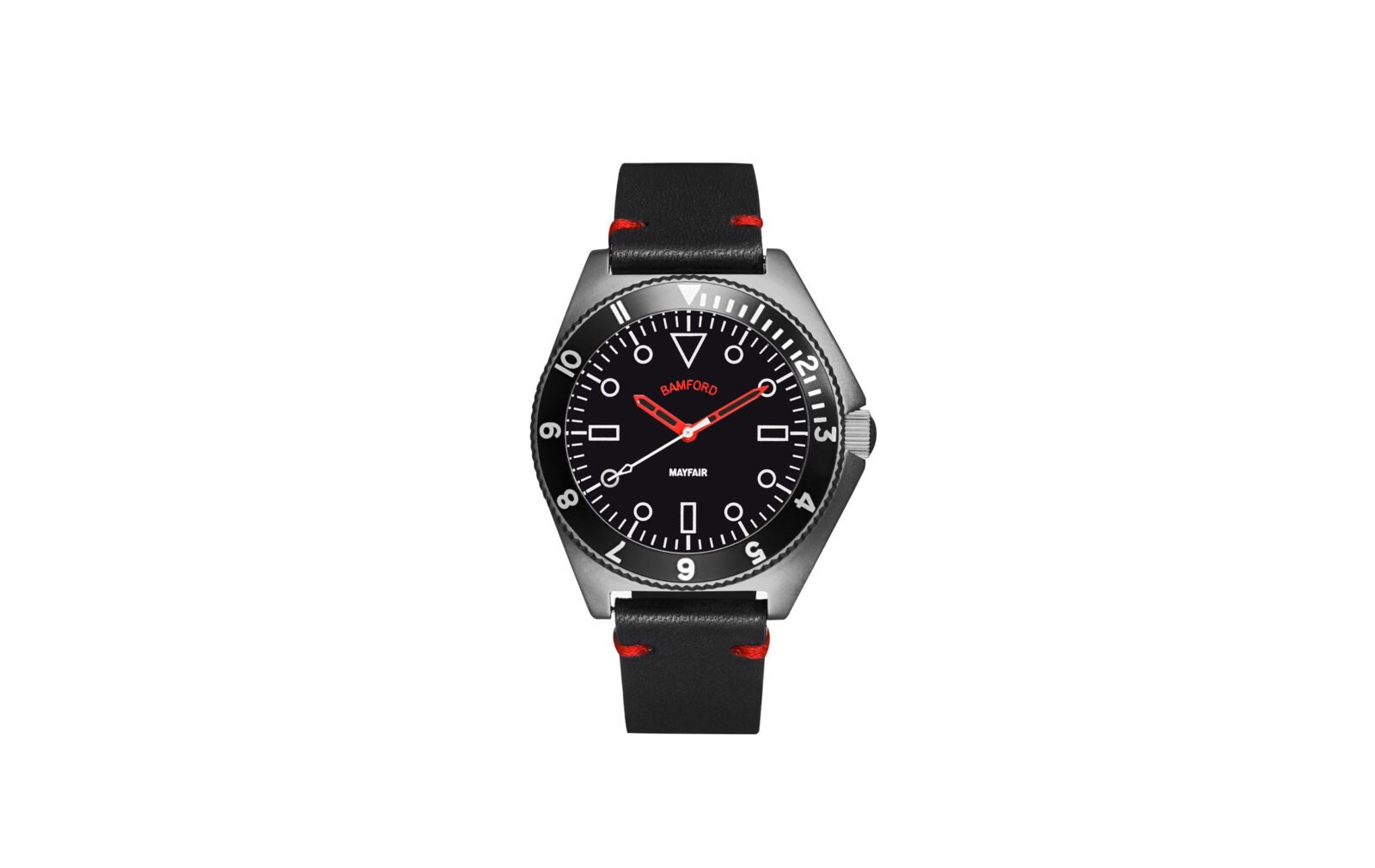 The Bamford Mayfair is a new watch from George Bamford and his talented team, unlike the other creations from the Bamford Watch Department, the Mayfair is affordable to almost everyone with an MSRP of $560 USD – well over 90% less than most of their creations.

The Bamford Watch Department was founded almost ten years ago by George Bamford, as a horological version of companies like Brabus – rather than modifying Mercedes-Benz, the team at Bamford modify watches.

Bamford made their name by taking an original Rolex, Patek Philippe, or Audemars Piguet and comprehensively rebuilding it with new coatings and colors, rebuilt internals, custom straps, and much more. Watch collectors are a notoriously difficult bloc to please, but Bamford have certainly managed it, with many of their custom watches now fetching a significant premium over the originals.

The Bamford Mayfair watch started out as an in-house design, they were used for years as the “loaner” watches given to clients when they had their Rolexes or other high-end timepieces in with Bamford being rebuilt.

Many loved their loaner watches so much they asked to buy them, and so Bamford put them into production offering a series of colorways and strap choices – importantly they kept the MSRP down to a price point where they’re affordable to those who aren’t currently in a position to splash out thousands of dollars on a Bamford Rolex.

The Mayfair is designed very specifically to be a simple, daily wearable watch. It has a stainless steel case finished with a military grade titanium coating, Luminova indices, a rotating anodized aluminum bezel, a case diameter of 40mm, water resistance to 100 meters, and a tough Miyota quartz calibre 2035 movement.

There are currently 13 versions of the Mayfair, each with unique colors, straps, and bezels – the model shown here is the matte grey/red version. 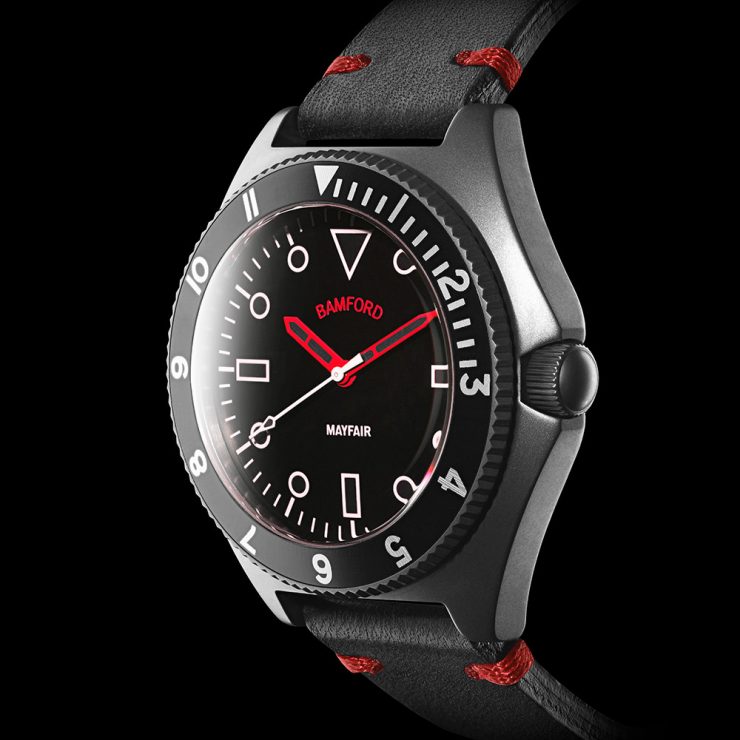 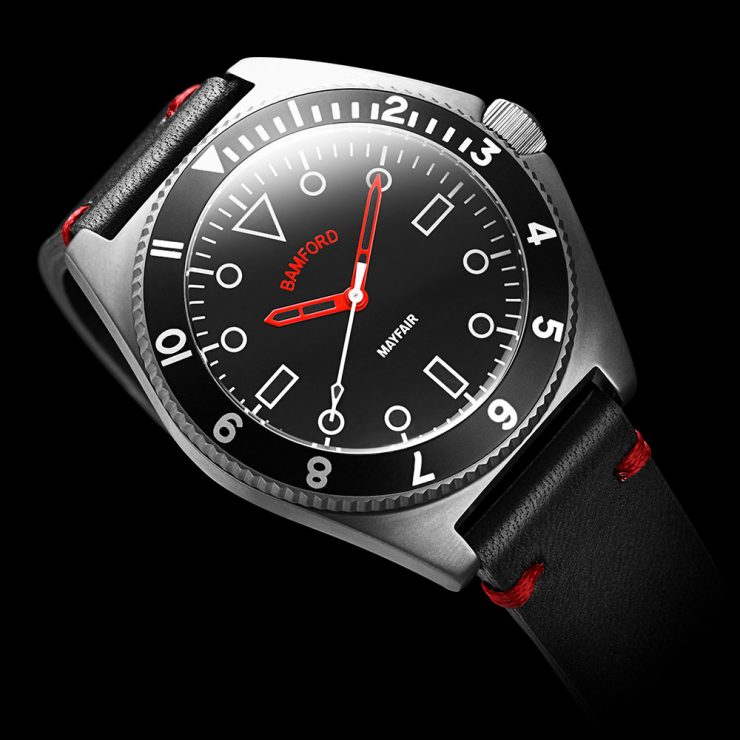 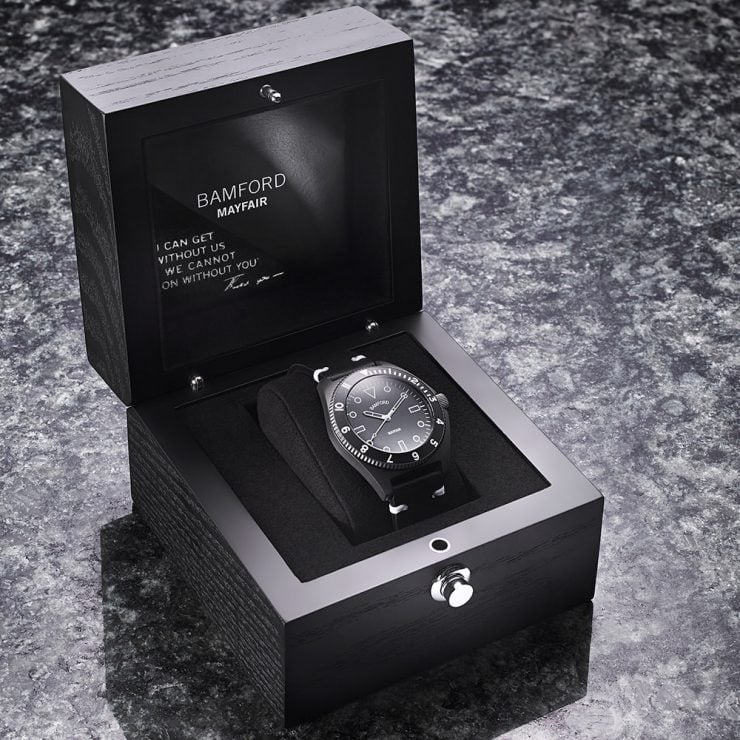 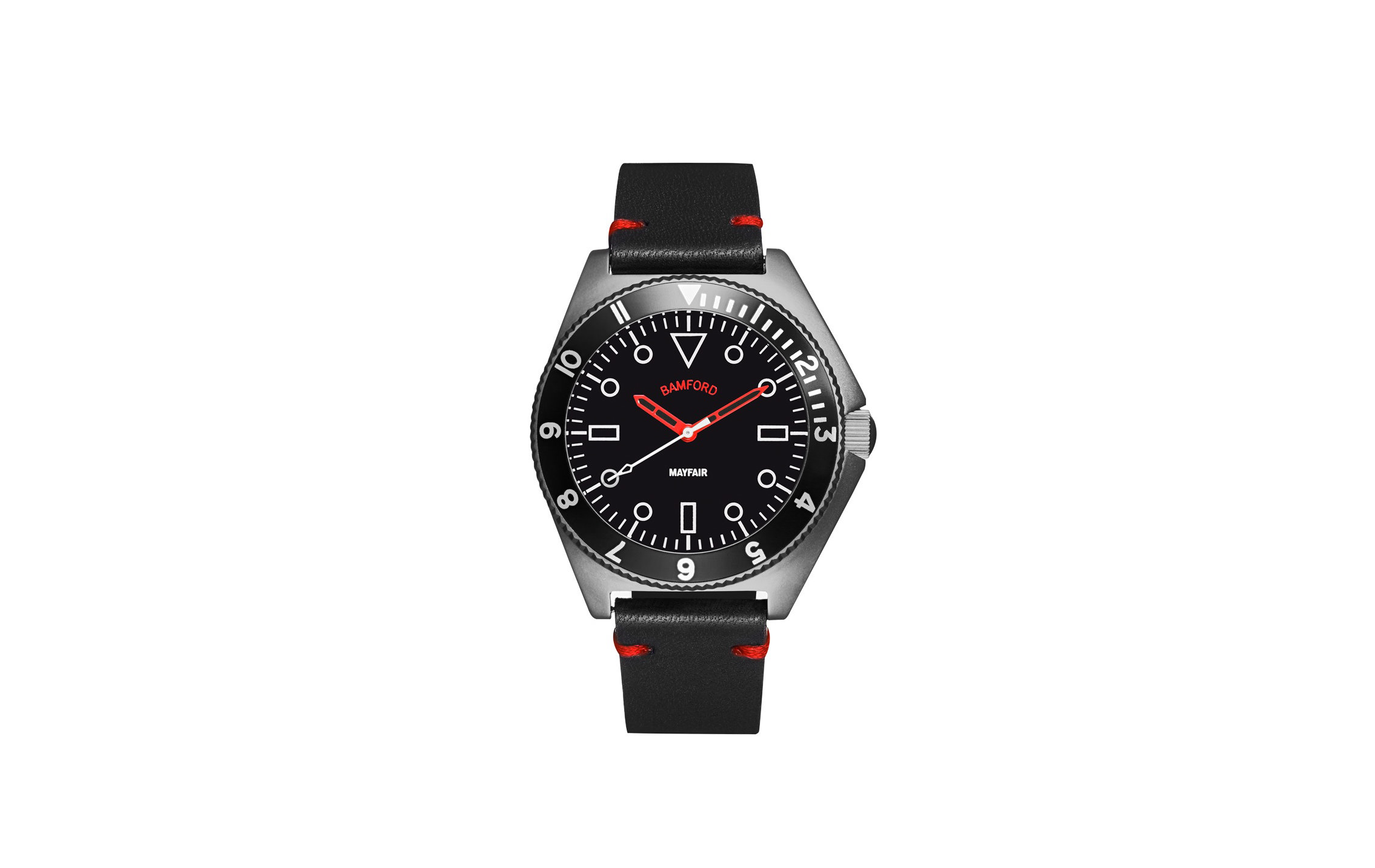