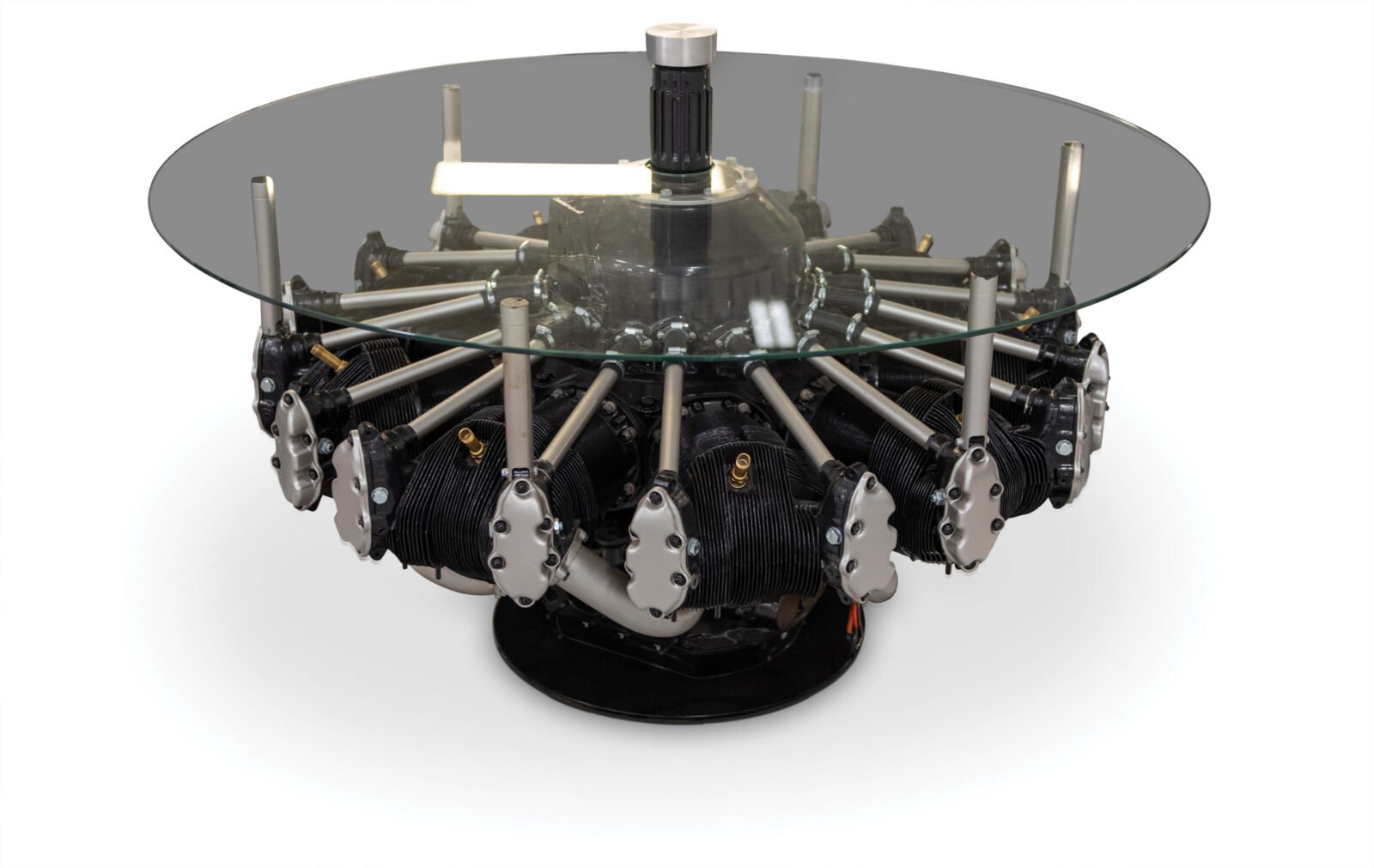 This is a B-17 Flying Fortress glass coffee table, it’s made with an original engine from a B-17, the Wright R-1820-97 “Cyclone” turbosupercharged radial that was capable of 1,200 hp.

The coffee table has been built with the propeller shaft extending through the middle at the top, and it has a glass surface mounted to alloy legs that attach to the cylinder heads.

The engine has a dry weight of 1,184 lbs (537 kgs) so it’ll take a few strong folks to get it positioned correctly in the future owner’s living room, but once it’s been put down you’ll never have to worry about someone knocking it out of place.

RM Sotheby’s are due to offer this unusual coffee table in October as part of the Elkhart Collection, if you’d like to read more about it or register to bid you can click here to visit the listing. 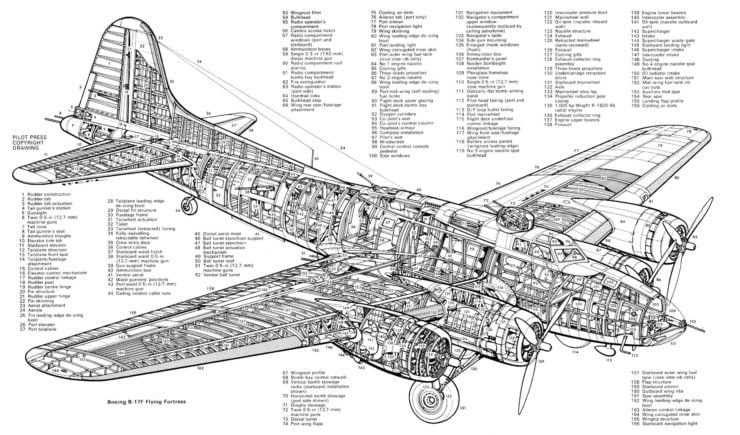 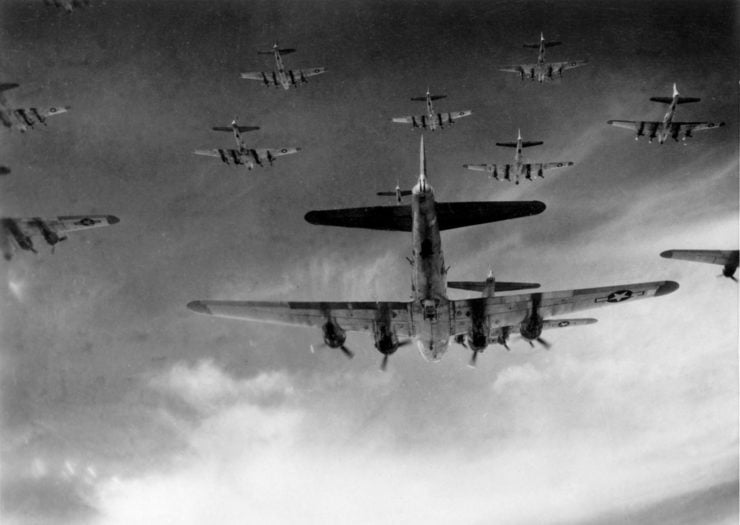 Above Image: B-17 Flying Fortresses from the 398th Bombardment Group flying a bombing mission to Neumünster, Germany, on 13 April 1945. Image courtesy of the U.S. Department of Defence. 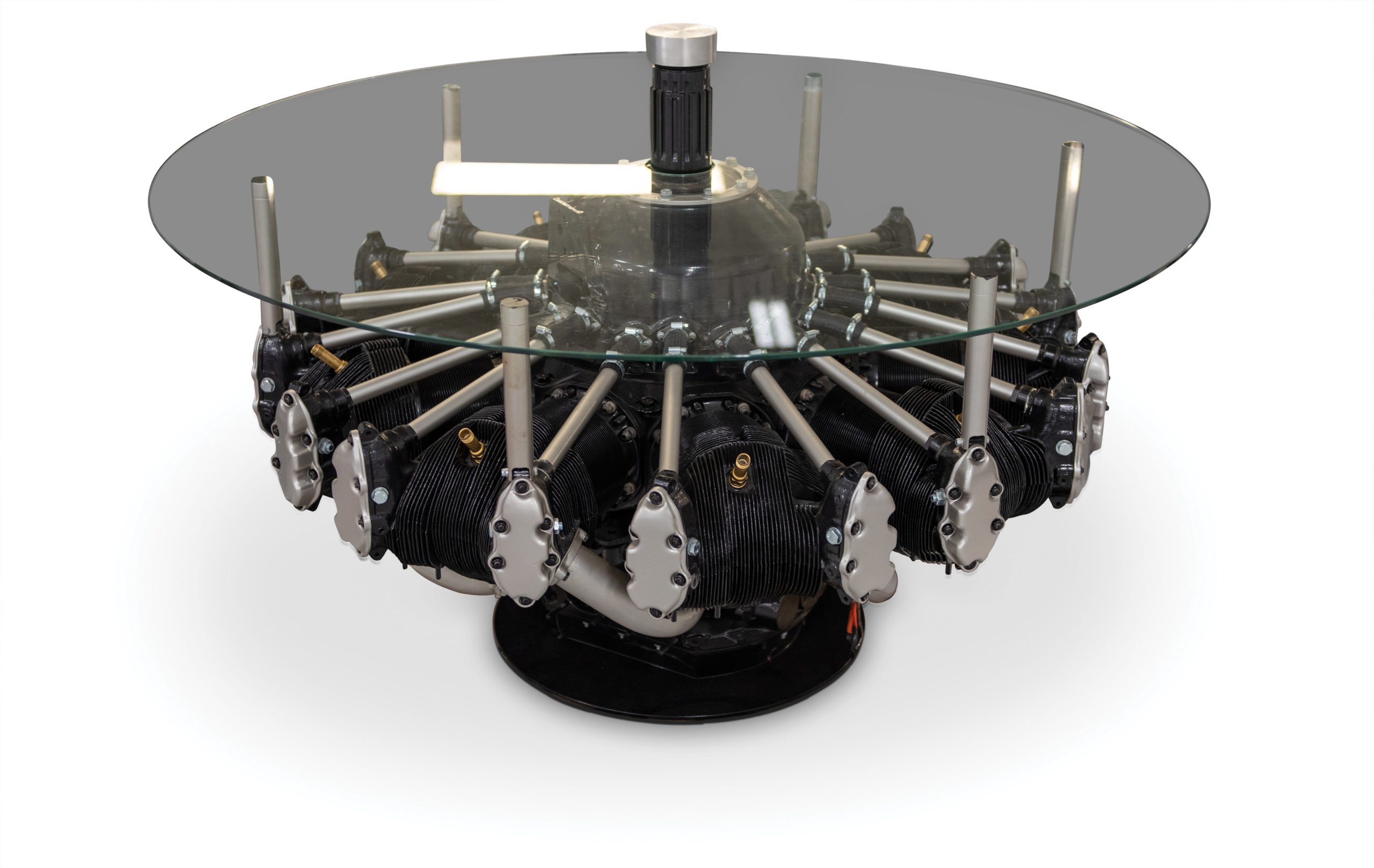