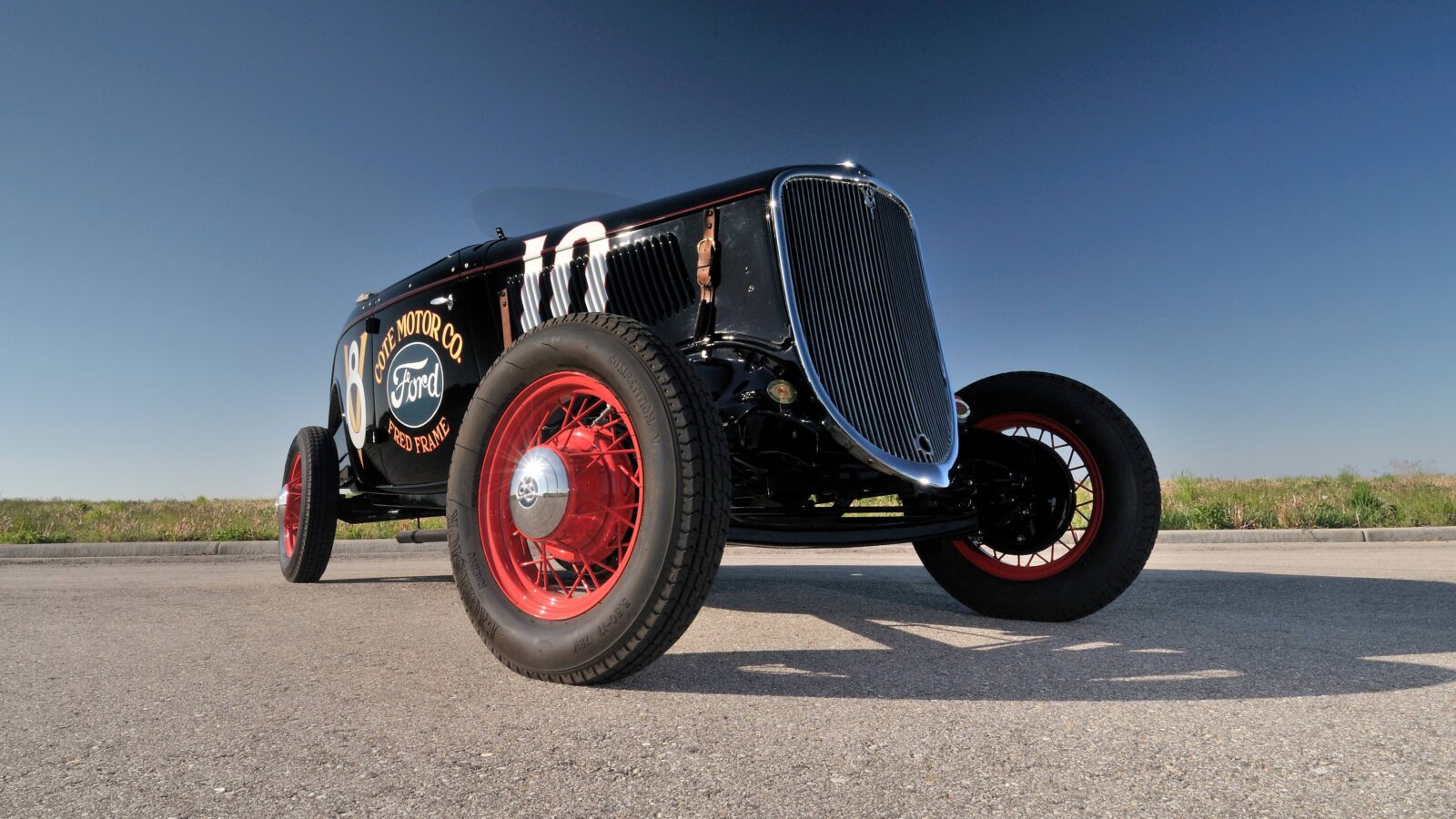 The 1933 Ford V-8 Roadster you see here is one of the most important cars in the history of American stock car racing – it’s the winner of the first officially organized stock car race, the 1933 Elgin National Road Race held in the town of Elgin 35 miles northwest of Chicago.

Stock car racing famously has its roots in Prohibition-era smuggling, smugglers needed cars that were faster than the police cars of the time so they could outrun them. Bootleg liquor smugglers worked tirelessly on their vehicles to get them as fast as possible to avoid getting caught and thrown in jail – a strong motivator that resulted in some of the quickest road cars of the time.

Of course it wasn’t long before smugglers and bootleggers started racing each other in hotly contested unofficial races in their modified stock cars. Prohibition was lifted in 1933 and in the years that followed the races became more and more popular, eventually resulting in the creation of NASCAR. NASCAR is an acronym for “North American Stock Car Auto Racing”.

Above Film: A 1933 film from the Ford Motor Company collection via the National Archives showing the 1933 Elgin Road Races.

The first officially organised stock car race was held at the famous Elgin Road Race circuit, a series of public roads with both sealed and unsealed gravel surfaces with long straights (called straightaways in the USA) that could see speeds reaching past 100 mph.

The town of Elgin had hosted a number of races on this circuit between 1910 and 1920 with a gap for WWI. The racing was cancelled from 1921 onwards as it was considered too dangerous, however it was revived one final time in 1933 to run in parallel with the 1933 Chicago World’s Fair.

This 1933 race was won by racing driver Fred Frame (and his ride-on mechanic) seen in the image below, Frame took the chequered flag with an average speed of 80.22 mph while reaching speeds in excess of 100 mph on the straights. This was a remarkable feat given the fact that the car made use of rigid axles front and rear on transverse leaf springs and cable operated drum brakes. 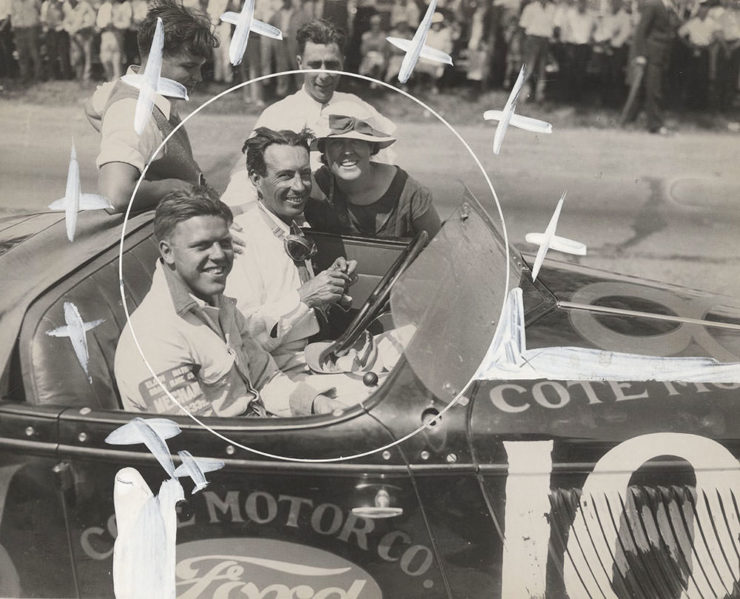 Above Image: Fred Frame (and his mechanic), winner of Elgin National Road Race, August 26th, 1933. Image courtesy of the Free Library of Philadelphia.

The cars used in the race had to be as close to showroom stock condition as possible, however fenders, headlights, and other unneeded parts could be removed. The 1933 Ford V-8 was perfectly suited to this kind of racing thanks to its 221 cu. in. (3.6 litre) V8 rated at 75 hp from the factory.

The car was the first iteration of the famous 1932 Ford V-8 which offered middle class Americans an affordable V8-powered car for the first time in history, coming a legend in its own lifetime and a central pillar of the hot rod movement.

Ford wanted the race win at the 1933 Elgin National Road Race, knowing how much positive press coverage they would get for a dominant performance.

They sent 10 1933 Ford V-8 Roadsters each sponsored by a Ford dealer, and a back up car. Luckily for Fred Frame that 11th car was at the track on the race weekend as he crashed his Ford in practice, he wasn’t seriously injured in the accident which is remarkable when you remember that no one wore seatbelts and there were no roll bars.

Frame was able to get the 11th car repainted in the correct livery in time for the race start, and against all odds he took the win. That 11th car is the same 1933 Ford V-8 Roadster you see here. If you’d like to read more about it or register to bid you can click here to visit the listing on Mecum. 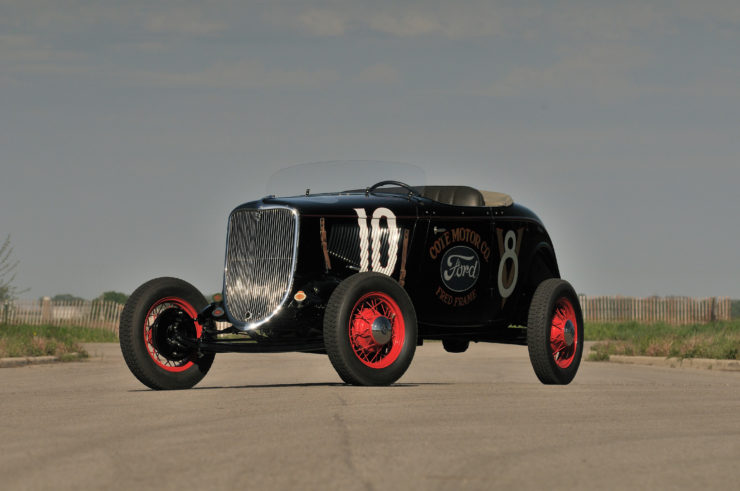 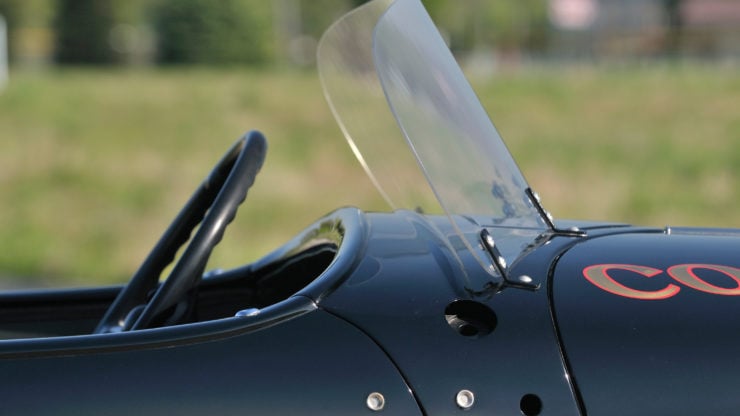 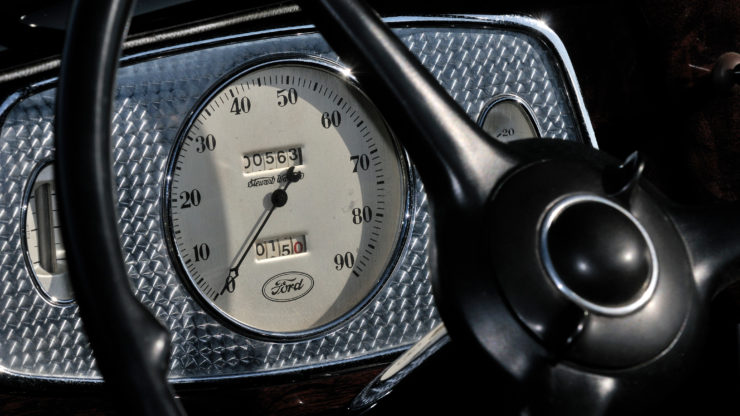 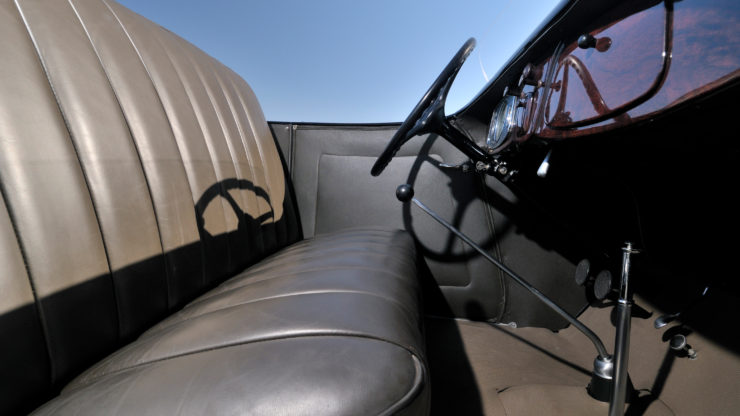 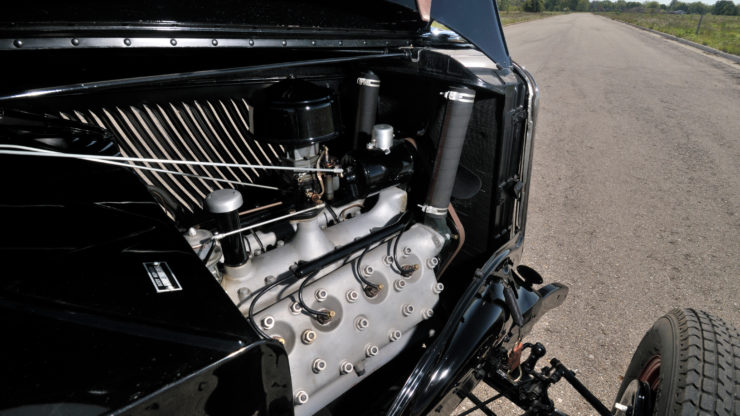 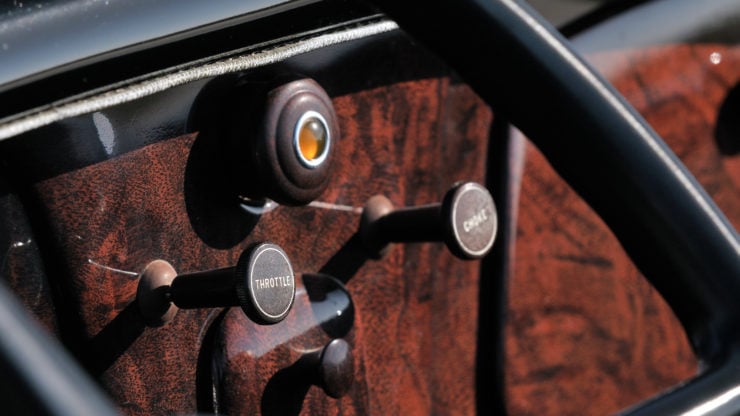 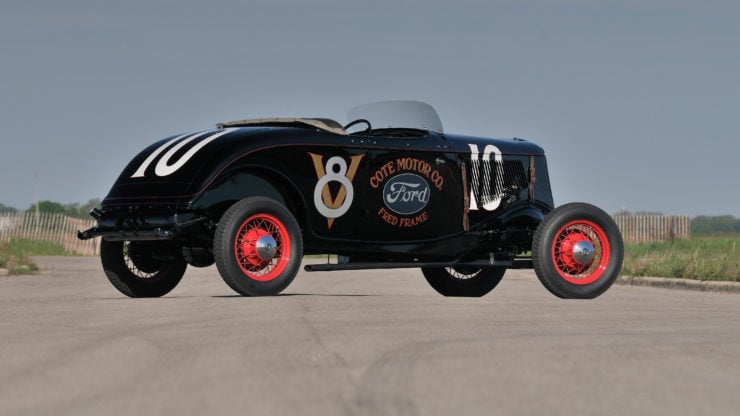 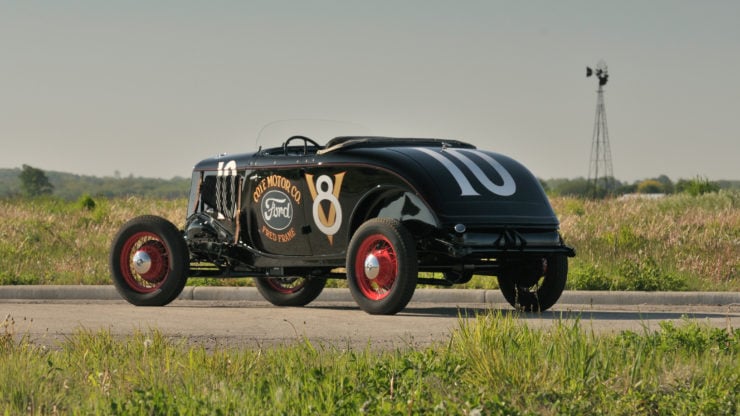 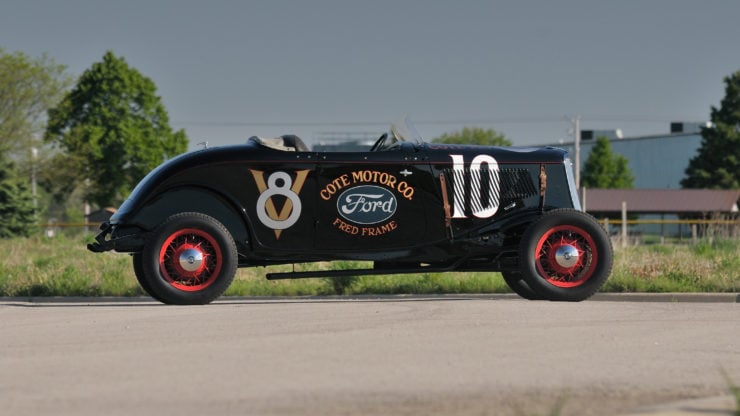 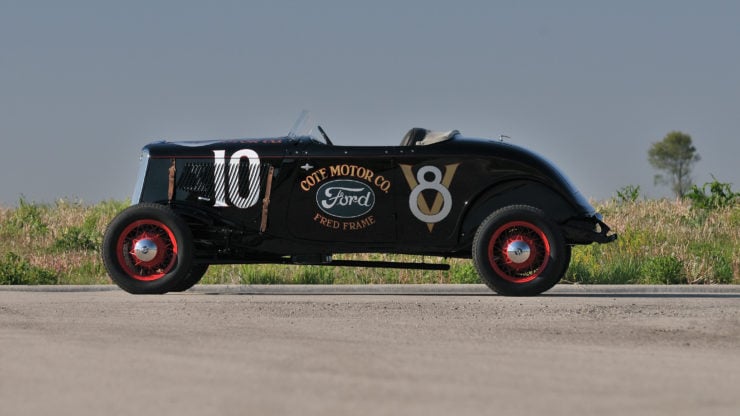