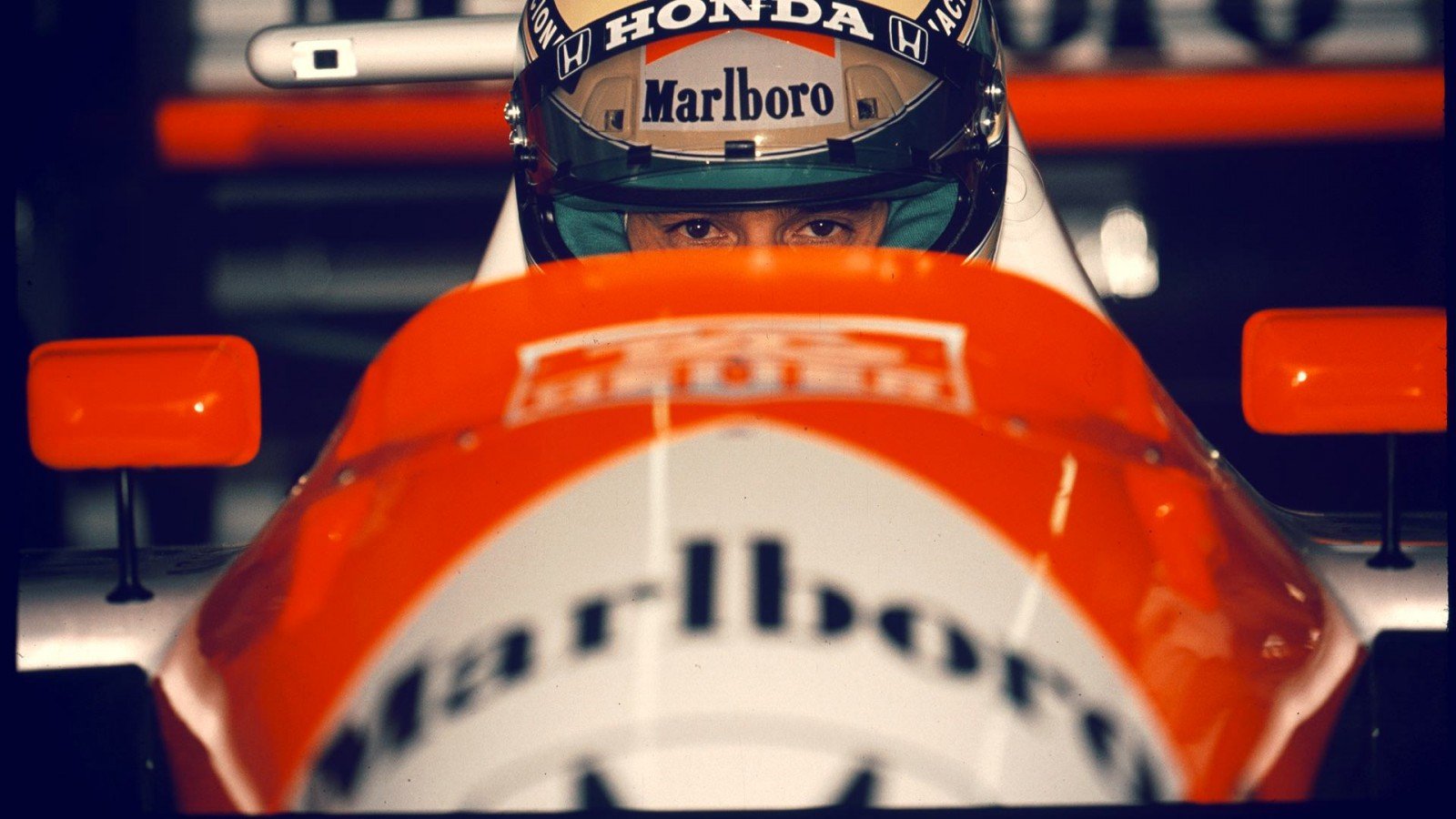 The story of Ayrton Senna and his rise to the highest echelons of motorsport reads like a slightly unrealistic Hollywood script – a young Brazilian boy who started life with such poor coordination that he needed medical tests goes on to learn how to drive a Jeep by the age of 7 (without use of the clutch), becomes the South American Kart Championship in 1977 and the Formula 1 World Champion by 1988.

Senna’s fatal accident in May 1994 sent shockwaves through Formula 1 that can still be felt today, no Formula 1 driver has been killed on track since Senna – largely because of safety improvements made to the sport as a direct result of his accident.

The above wallpaper measures in at 1920px x 1080px and can be downloaded here. If you’d like to learn more about Ayrton Senna you can click here.

The Grand Prix pinball machine was designed and built by Williams Electronics between 1976 and 1977. Over the course of this year they built 10,554 examples which were shipped around the world, with most ending…