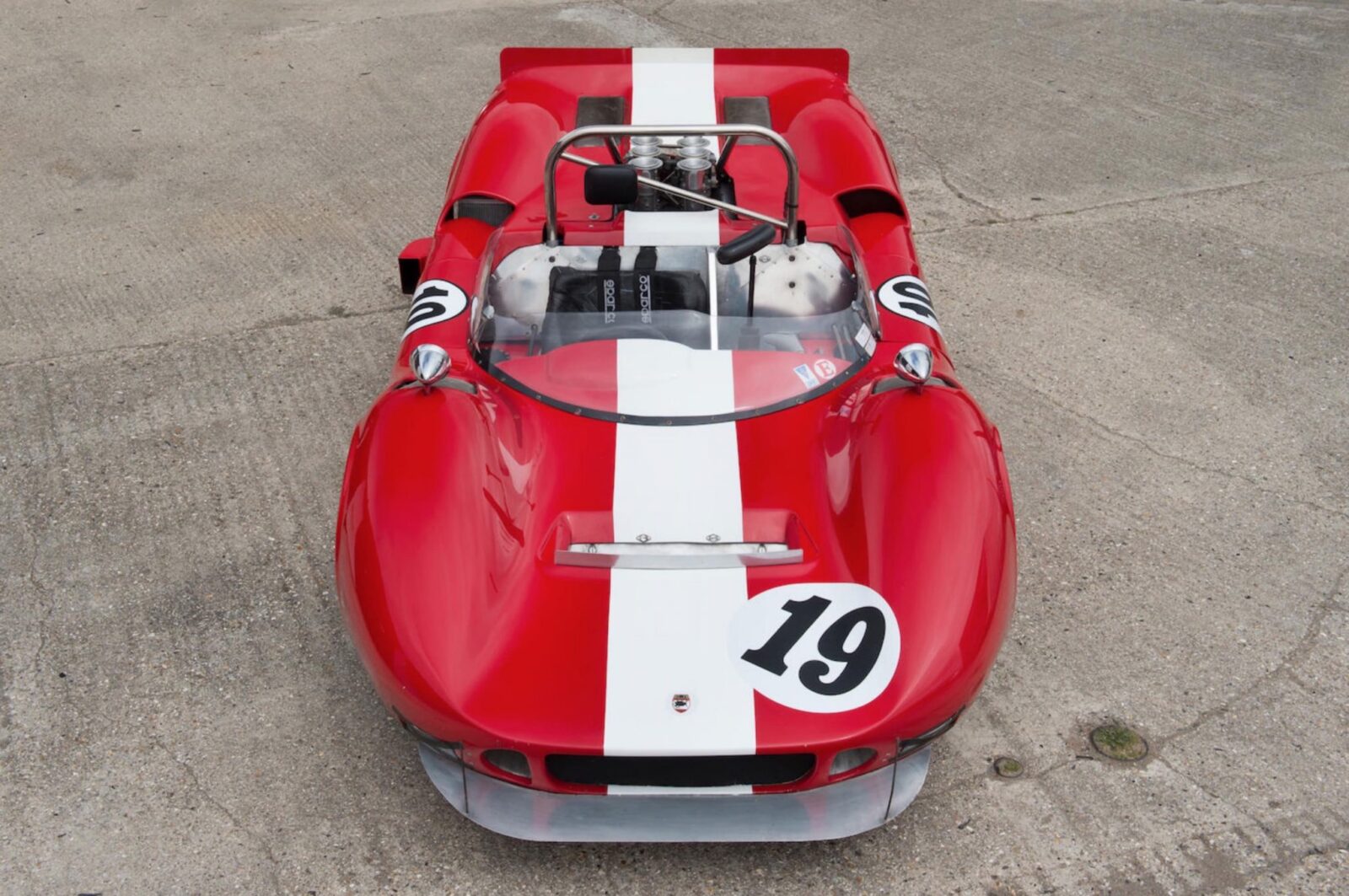 McLaren are famous for their long Formula 1 history and more recently for their road-going supercars like the P1, the 720S, and the 570S. Long before the road cars and slightly before their successes in Formula 1, McLaren were famous for their dominance of the Canadian-American Challenge Cup (Can-Am) series in North America.

It would be the McLaren Can-Am cars that would be the first to wear now legendary “McLaren Orange” paint scheme, and it would be in the Can-Am series that McLaren would win their first international-level championships.

Much like Ferrari, McLaren was founded by a racing driver – New Zealander Bruce McLaren. But unlike their Italian counterparts, Bruce would drive his own cars in competition – often winning both races and championships.

Bruce’s first real foray into fielding his own cars came in 1963, in late ’62 he had bought a Cooper T53 F1 car that had been converted into a sports-racer, known as the Zerex Special. This would be the car he would modify further and take wins at Aintree, Silverstone, Brands Hatch, and Mosport in 1964. 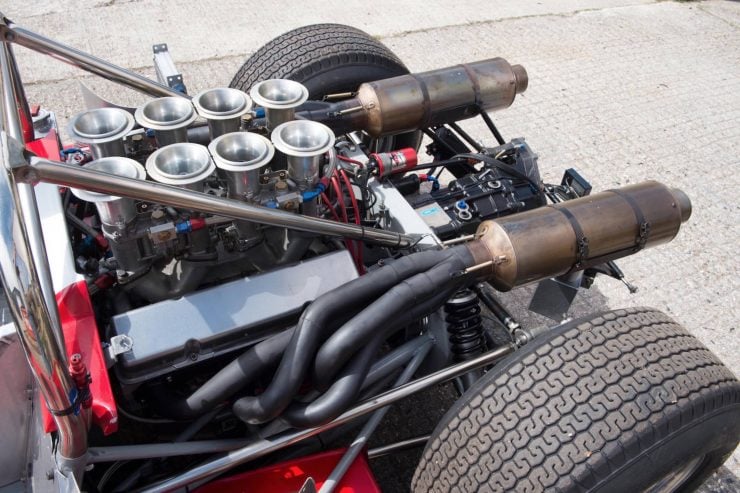 Another early foray into building and modifying his own cars came by way of the Australasian Tasman Series – his employers at the Cooper Formula One Team were only willing to enter the series if they could use their 1.5 liter F1 engines rather than having to outlay on 2.5 litter engines – which the series allowed.

Bruce realized they likely wouldn’t be competitive with the significant difference in displacement, so he formed Bruce McLaren Motor Racing and set about modifying Coopers for himself and his teammate Timmy Mayer in 1963. Tragically Timmy would be killed in the final race of the 1964 Australasian Tasman season, and Bruce would end up winning the championship – a bitter-sweet victory.

The challenge of creating his own car for competition was a major turning point in the life of Bruce McLaren, and although he went back to Cooper for the 1965 season, he was racing his own cars from 1966 onwards.

The first self-designed and built McLaren was the M1A, it represented a major milestone for the young company and it would provide a basic platform that they would use for years to come. Under its fiberglass skin the M1A has a space frame chassis, a rear-mid-mounted V8, and aluminium-alloy panelling forming the bulkheads and under-tray.

1965 would see the release of the McLaren M1B, a revised design based closely on the M1B with a 20% stiffer chassis, a blunter noise, and sharper cut off at the tail. Depending on engine choice the M1B weighed in at approximately 1300 lbs (589 kilograms) dry, early examples were fitted with the 4½ litre Traco-modified Oldsmobile V8 but it was quickly realized that it wasn’t powerful engine, so the 6 liter Chevrolet V8 became a popular choice.

McLaren saw immediate success in the inaugural 1966 Can-Am season and although they didn’t win a race, they placed third in the championship behind John Surtess in his Lola T70. Bruce and his team continued development of Can-Am cars, creating the M6A for 1967. This was an all new design developed using the lessons learnt in 1966, Bruce piloted the new McLaren to a championship win in 1967.

Development work on the Can-Am program continued at a fast pace, the new M8 was used in 1968 and the further developed M8B was raced in 1969 – McLaren won the championship for both years. Later developments of this car would be the M8D and the M8F, and the M12 variant was used as a customer car, perhaps most famously by Chaparral Cars who used the M12 in early 1969 as they waited for their own car to be ready. 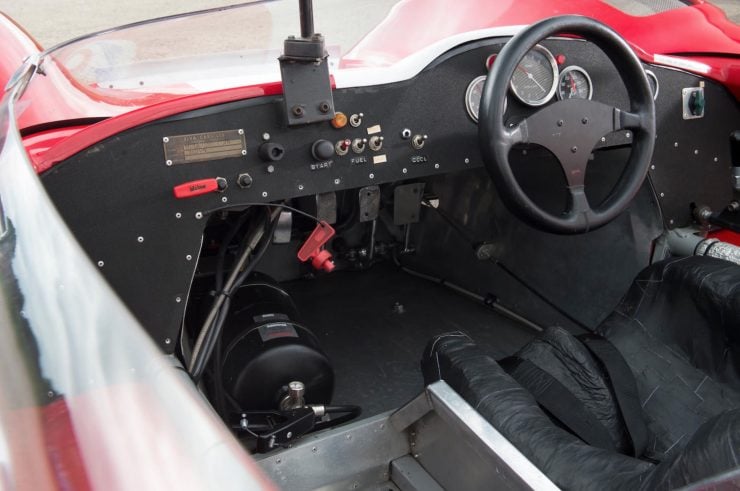 The McLaren M1B is a car from amongst the earliest days of the team’s history, it’s the improved version of the M1 that was raced by Bruce and Chris Amon in the 1966 Can-Am series. Bruce drove the wheels off the car that year, and he eventually finished third in the championship behind Brit John Surtees and American Mark Donohue – both of whom were piloting Lola T70 Mk 2s.

1966 was a development year for McLaren in the Can-Am series, and as a result the cars were modified as lessons were learnt and the season progressed. It was realized early on that the 4½ litre Traco-modified Oldsmobile V8 wasn’t powerful enough, so it was replaced during the season by the Chevrolet V8 – this new engine was 200 lbs heavier but it was considerably more powerful.

The following season the M1B was replaced with the M6A, however customer M1Bs would remain in competition for years afterwards. The car you see here is chassis 30-04, it was bought by Dick Niles, a prominent Mercury dealer, who had it fitted with a 4.6-litre Mercury engine and driven by Bill Amick.

Sadly this Mercury engine wasn’t competitive so it was replaced in 1967 with an all-aluminium 6.0 litre Chevrolet V8 engine. The newly reinvigorated M1B won two non-Can-Am races (at Portland on 11th June and Westwood on 25th June) but retired from the two Can-Am races contested (Laguna Seca and Riverside).

Chassis 30-04 would be passed on to other teams from 1968 and would continue to race in various Can-Am events till its final season in 1970. In the years since it’s been comprehensively restored for vintage racing, with a period-correct 5.7 litre wet-sump Chevrolet V8 engine and receipts for over £120,000. It’s now being offered for sale with a good spares package including bodywork, wheels, multiple gear ratios, and other miscellaneous items – and it also has its current FIA HTP papers.

If you’d like to read more about this McLaren or register to bid you can click here to visit the listing on Bonhams. 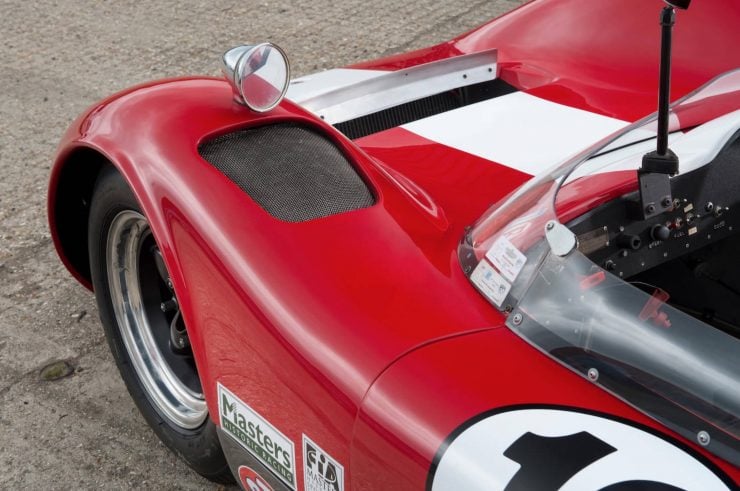 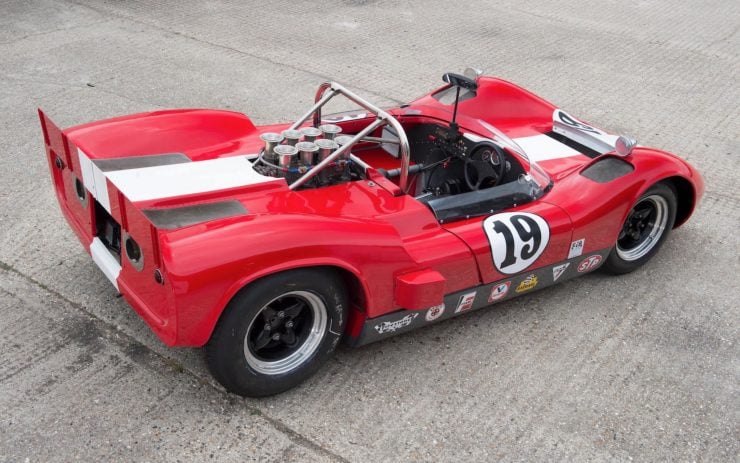 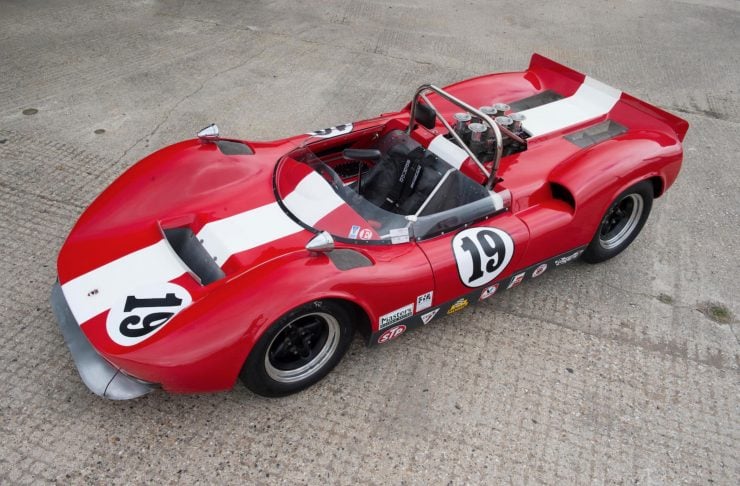 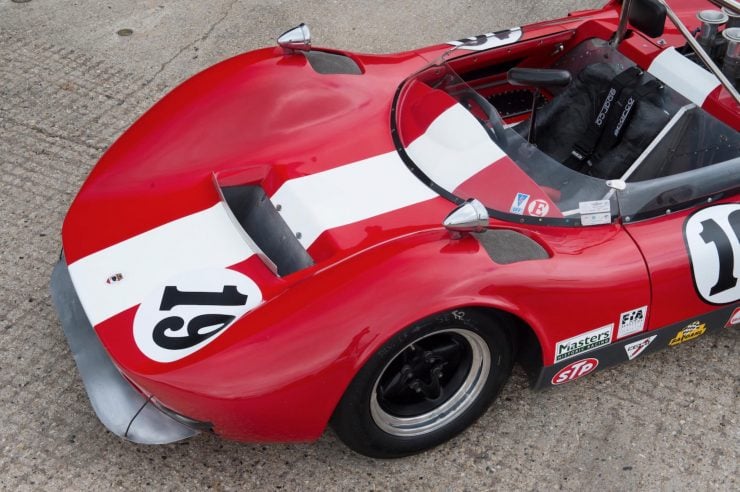 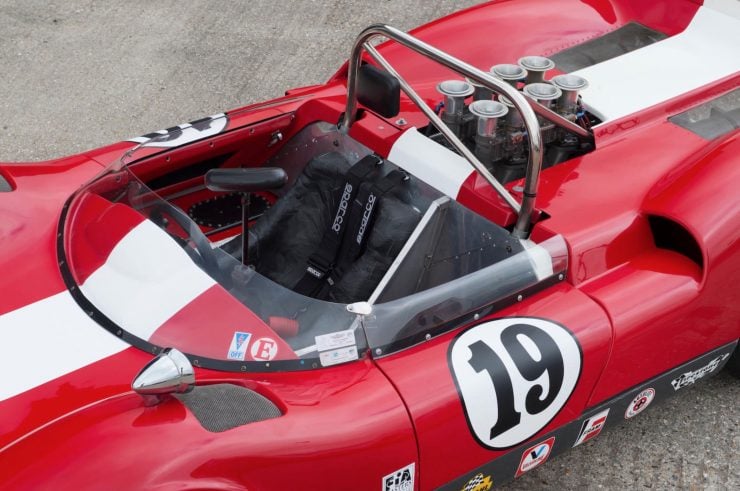 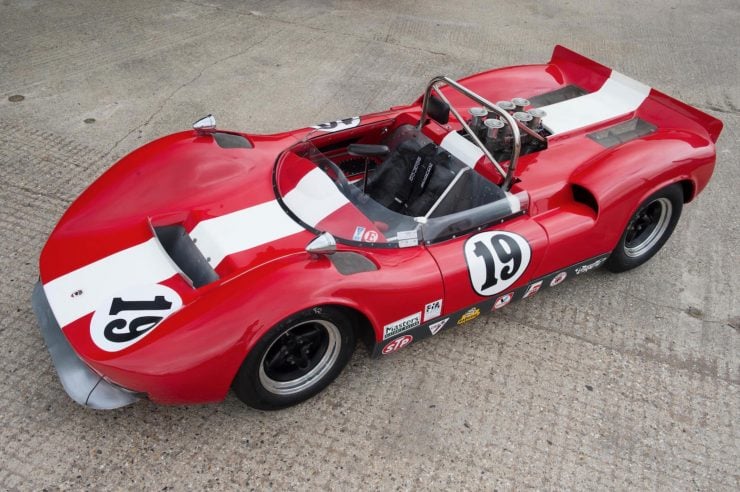 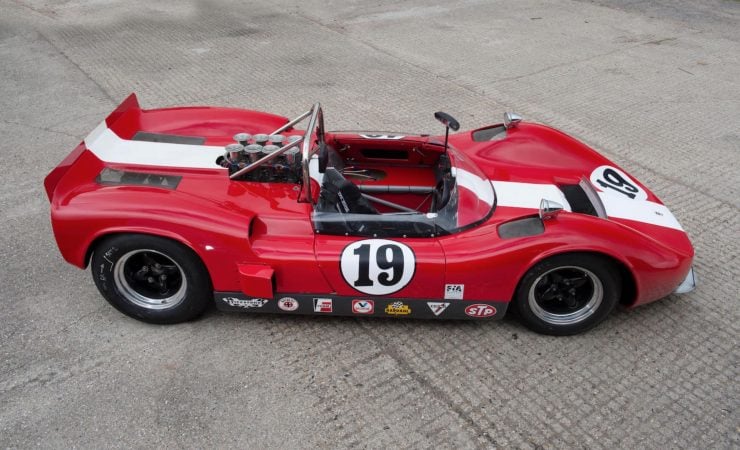 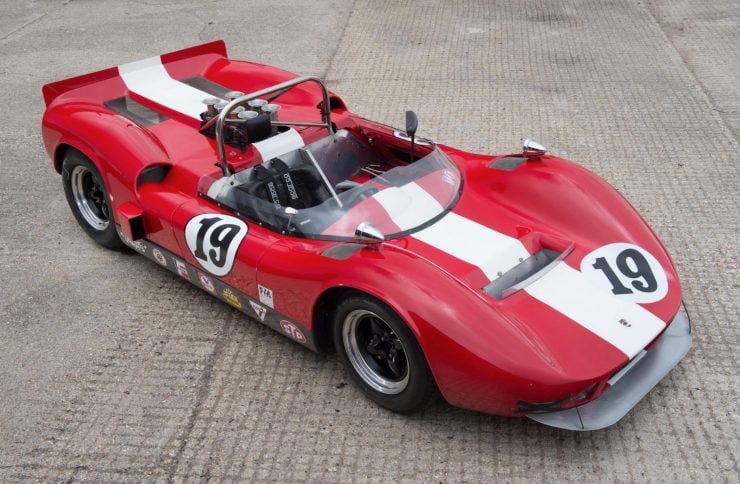 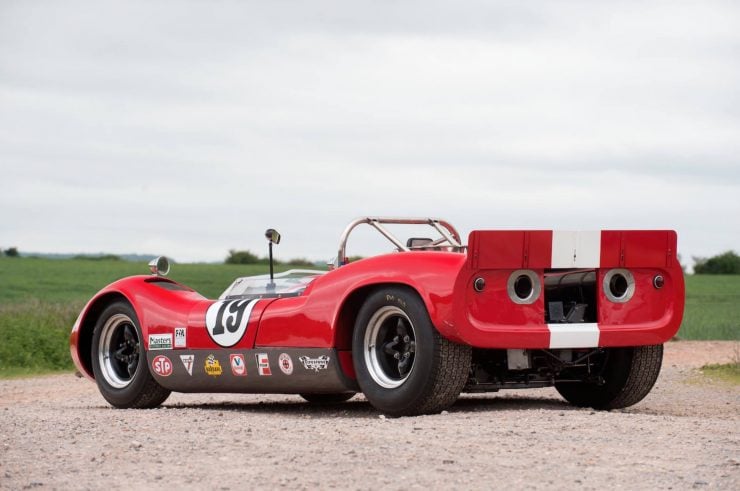 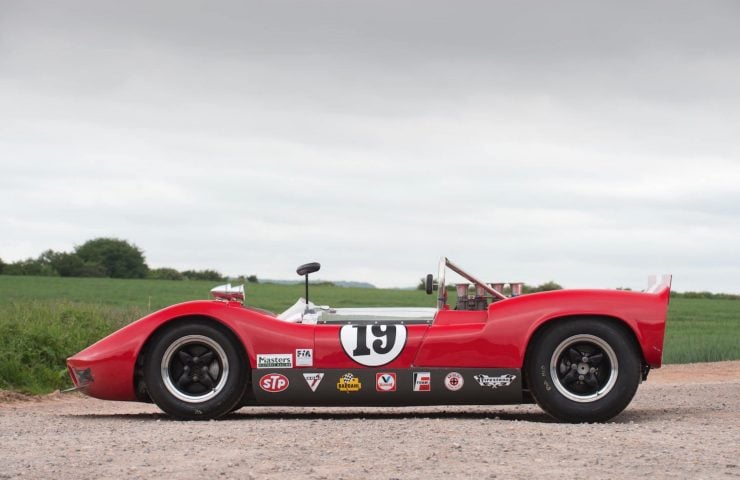 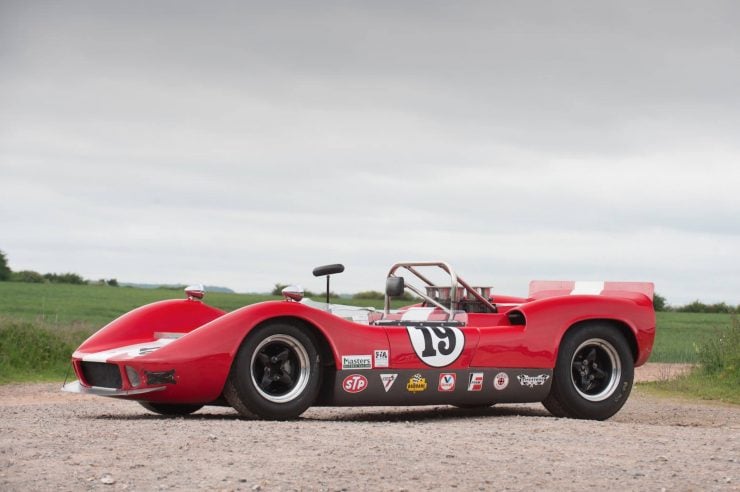 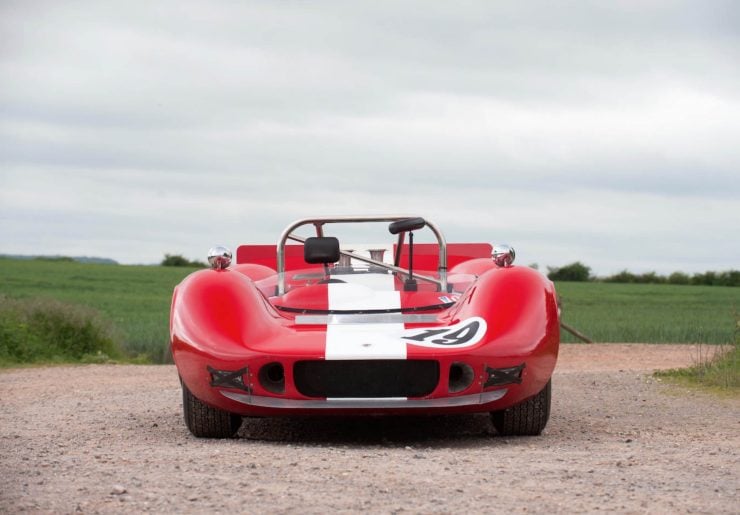 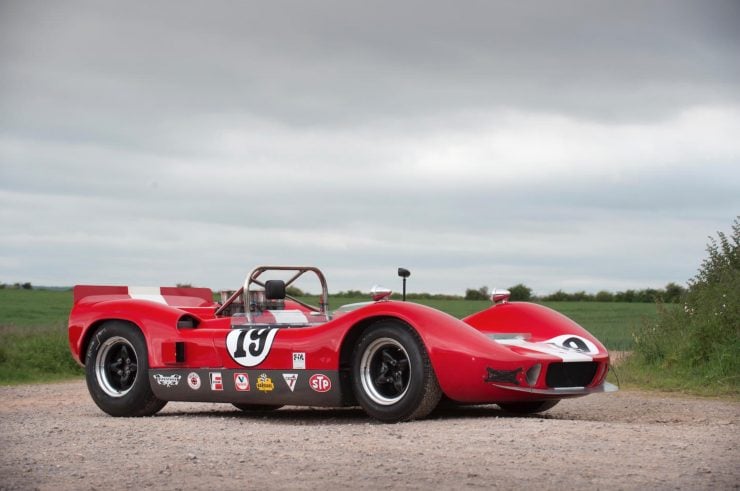 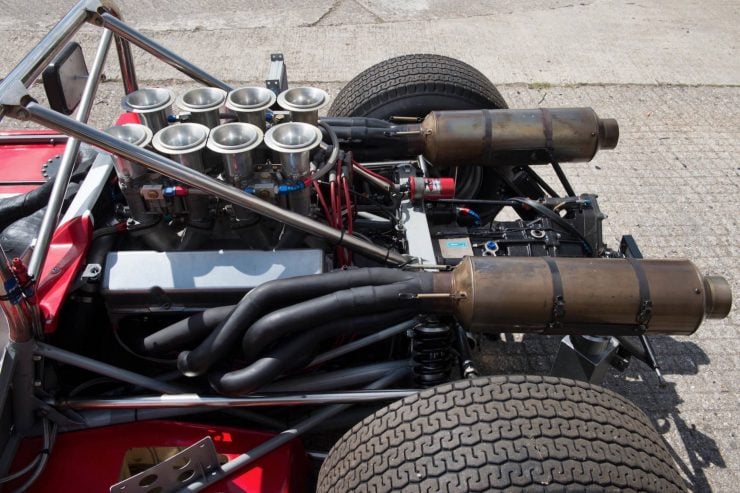 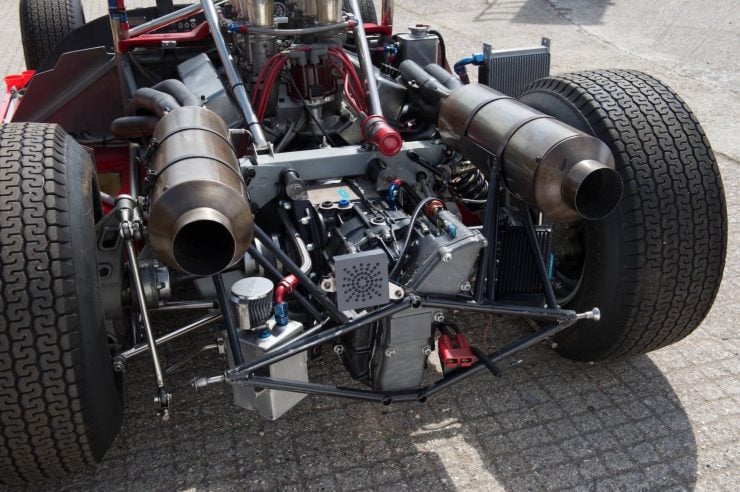 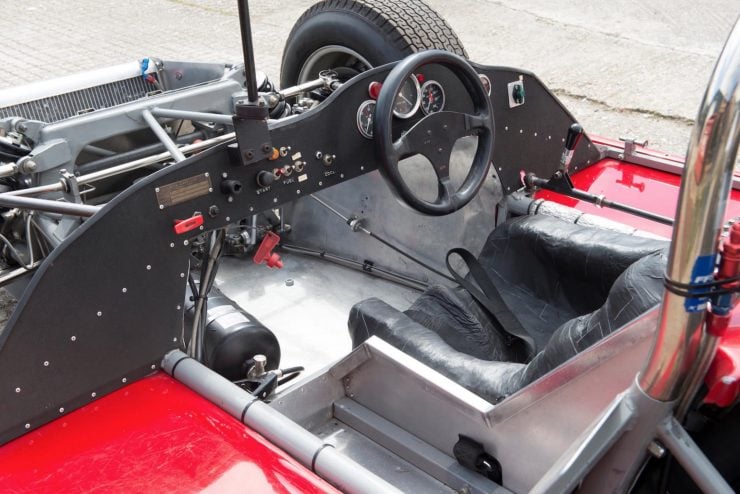 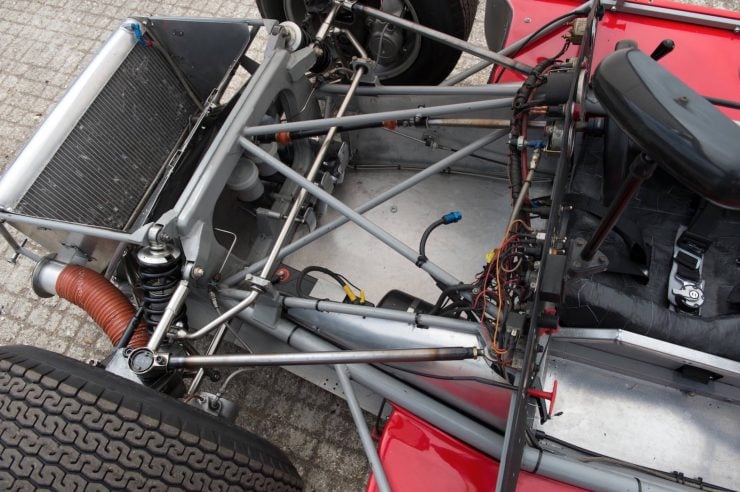 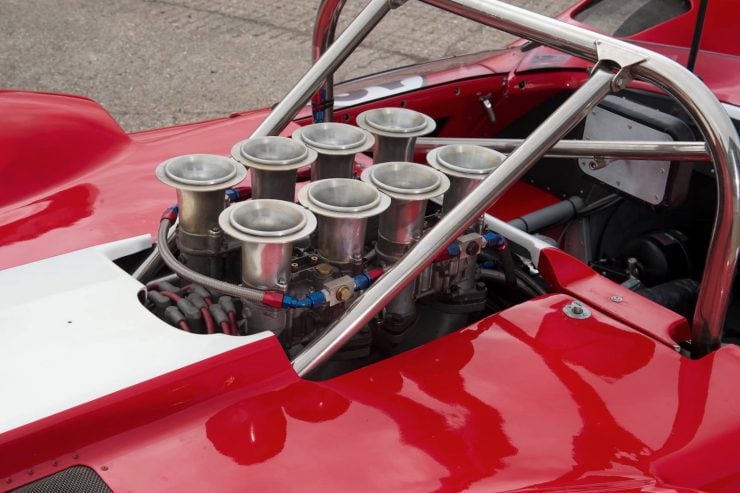 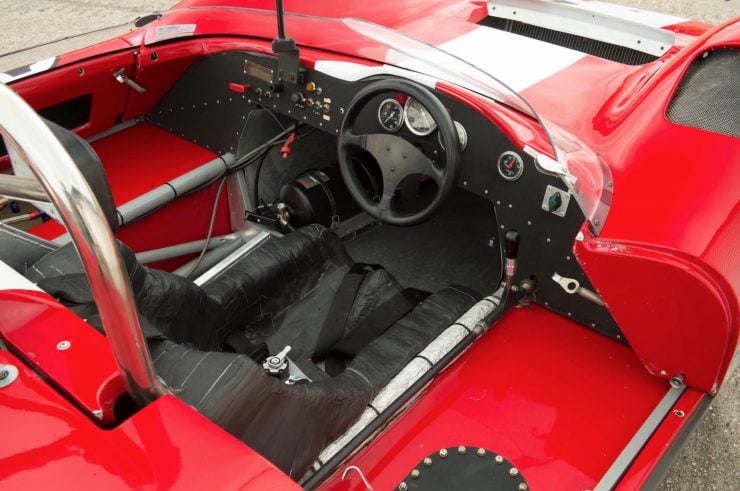 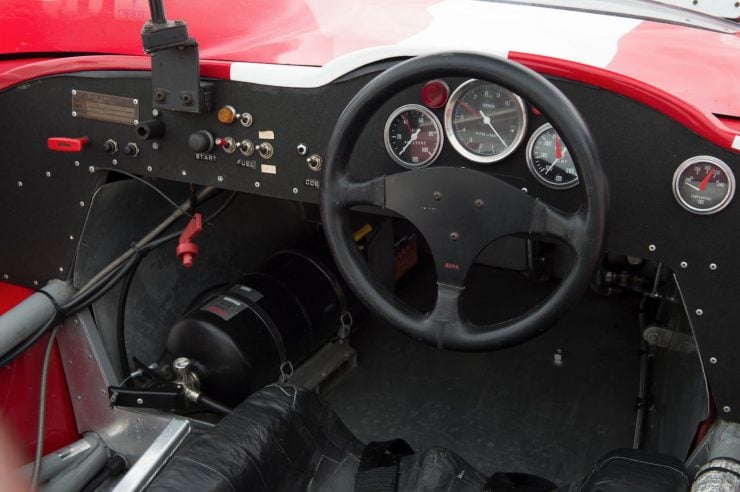