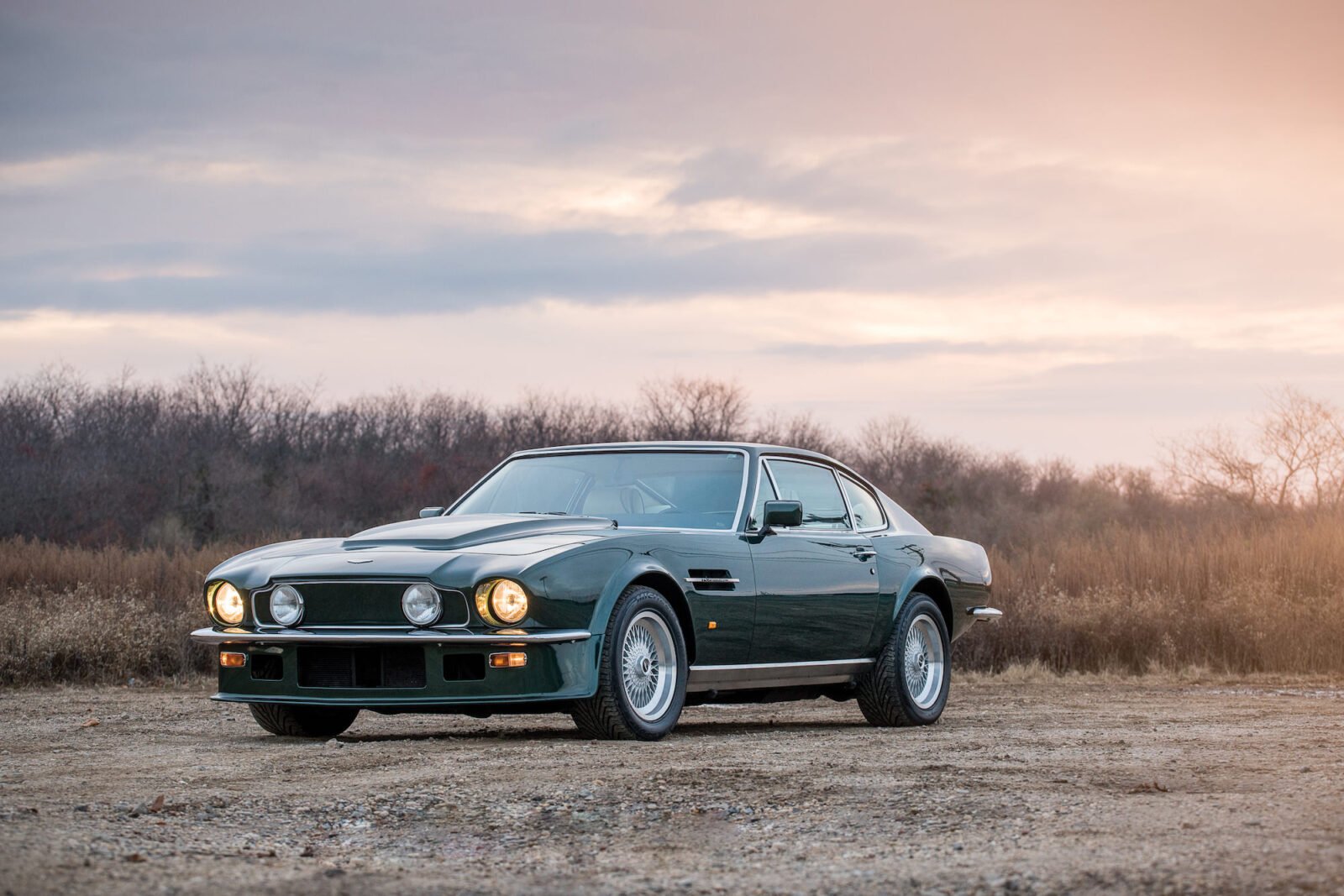 Introduced in 1977, the Aston Martin V8 Vantage was one of the fastest street legal cars in the world – and it was almost certainly the fastest 4-seater. All this speed was thanks to the new V8 that Aston Martin had developed in-house, it was an advanced engine for the age and it would stay in production into the 1990s.

The factory originally offered the V8 with a displacement of 5340cc, which was increased to 6.3 litres later on the model’s production run. It was developed as a relatively lightweight aluminium engine with quad cam shafts (two per cylinder bank) and 4 dual-barrel downdraft Weber carburettors. In the manual version, Aston made use of a 5-speed ZF transmission that was capable of handling the torque produced by the V8, and power was sent to a de Dion live rear axle with radius arms and coil springs.

Many recognise the V8 Vantage for its appearances in the 1987 James Bond film, The Living Daylights.

Both the convertible and hardtop versions were used, and Q Branch had fitted a police band radio, tire spikes, a jet engine (behind rear number plate), retractable outriggers, heat-seeking missiles (behind the fog lights), lasers (in front wheel hubcaps), bulletproof windows, a fireproof body and of course, a self-destruct system.

The Vantage you see here sadly doesn’t have lasers or missiles, but it is one of the exceedingly rare X-Pack versions of the already rare motor car. The X-Pack consisted of Cosworth high-compression pistons and Nimrod racing-type heads, and this car also has the ‘big bore’ 50mm carburettors and sports exhaust – giving it 432 hp.

Due to US emissions regulations, the original Aston Martin V8 Vantage was never officially imported into the United States. This seems like a shame really as the car has all the hallmarks of an American muscle car – albeit one that was built by men in tweed who smoked pipes. Thanks to the 25 year exemption for imported cars, this Vantage is due to be the first of its kind auctioned off in the USA that will be road legal – for those who can manage the $500,000 to $575,000 estimated value. 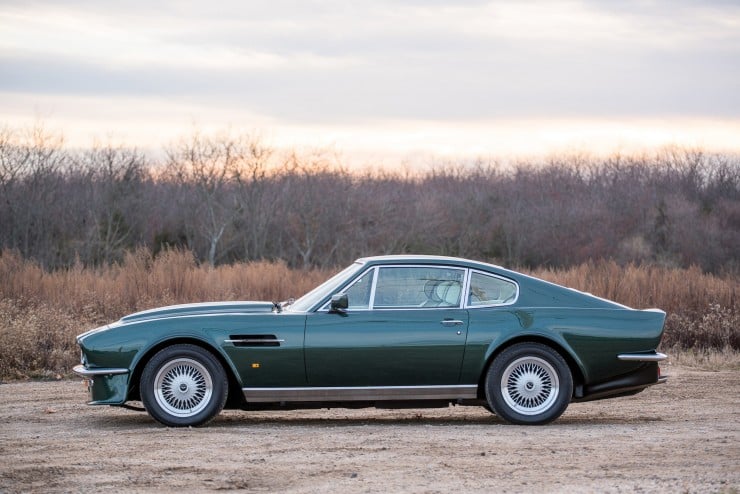 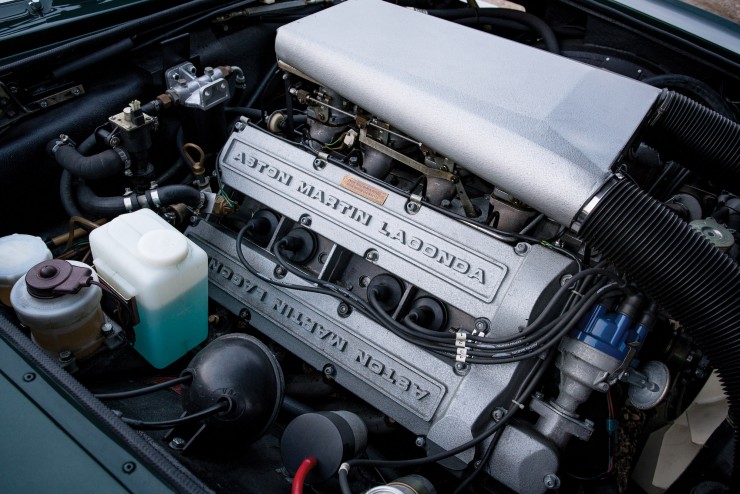 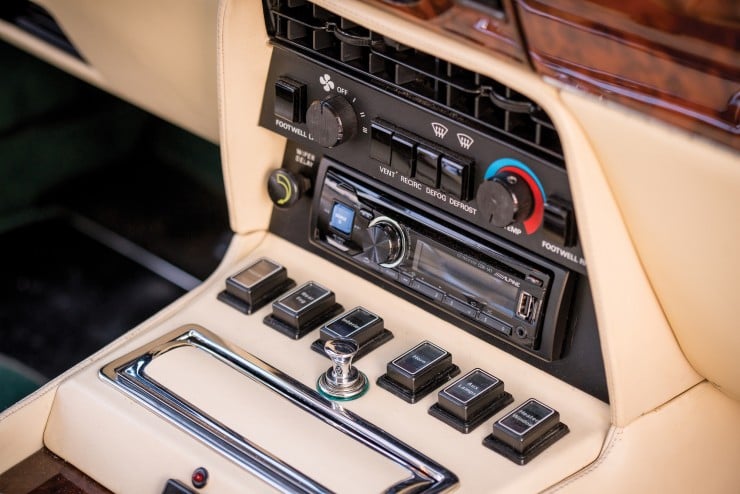 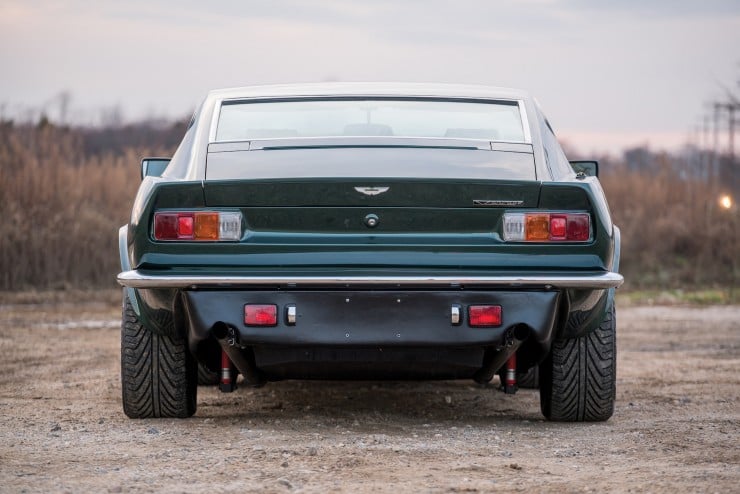 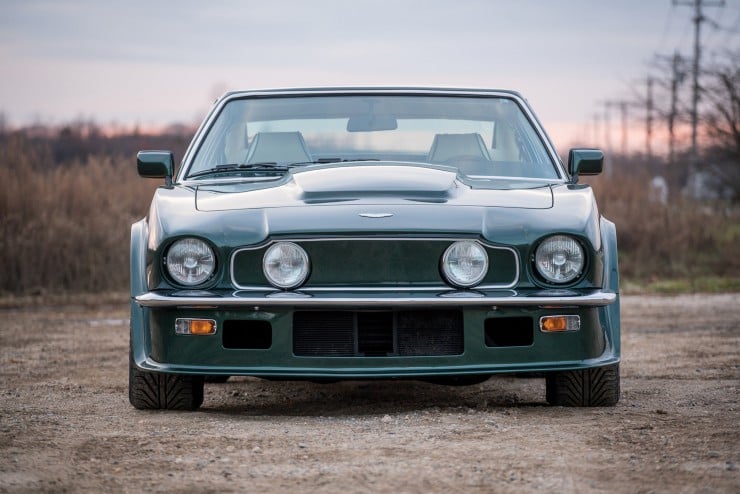 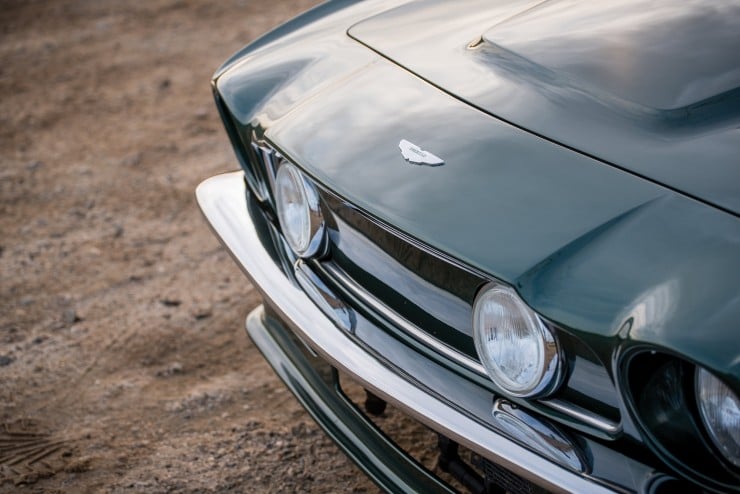 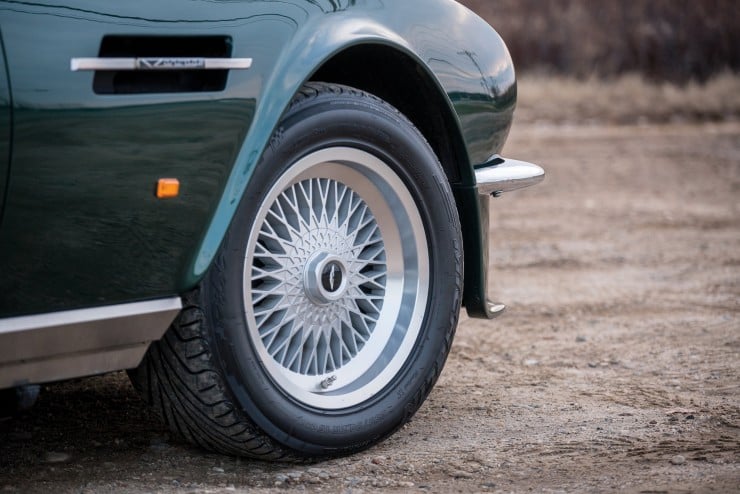 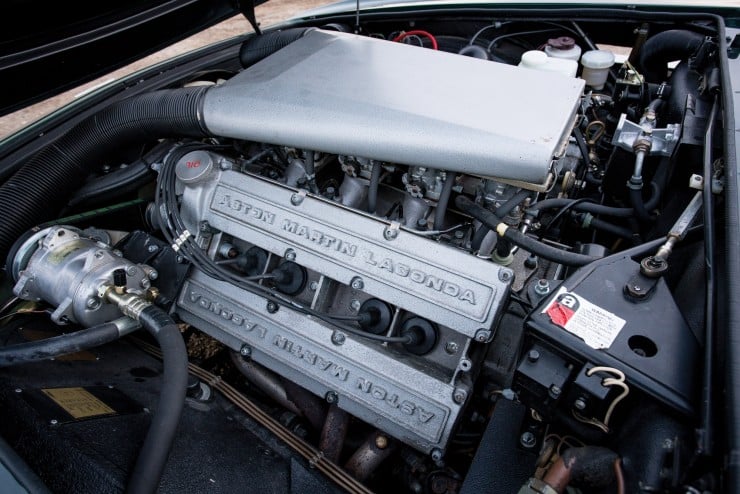 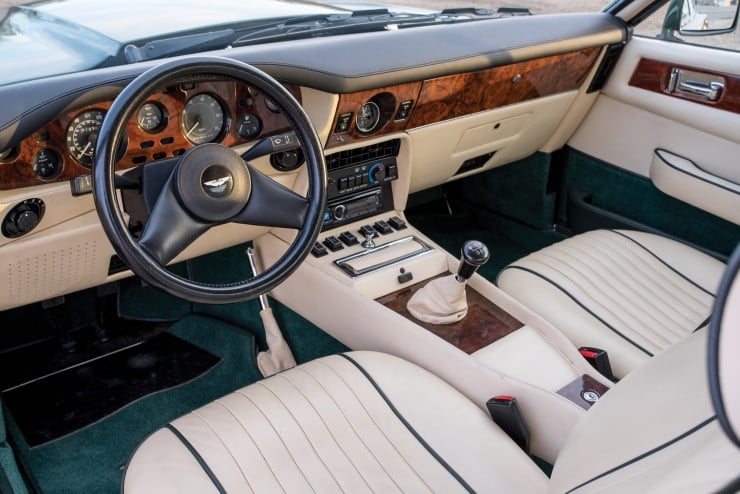 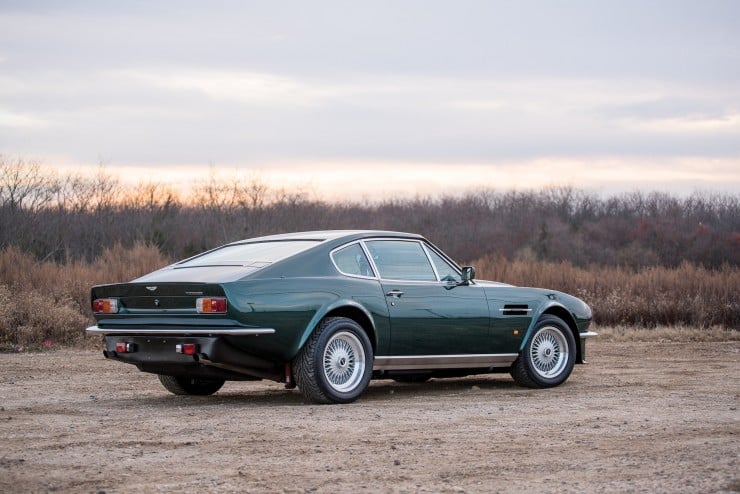 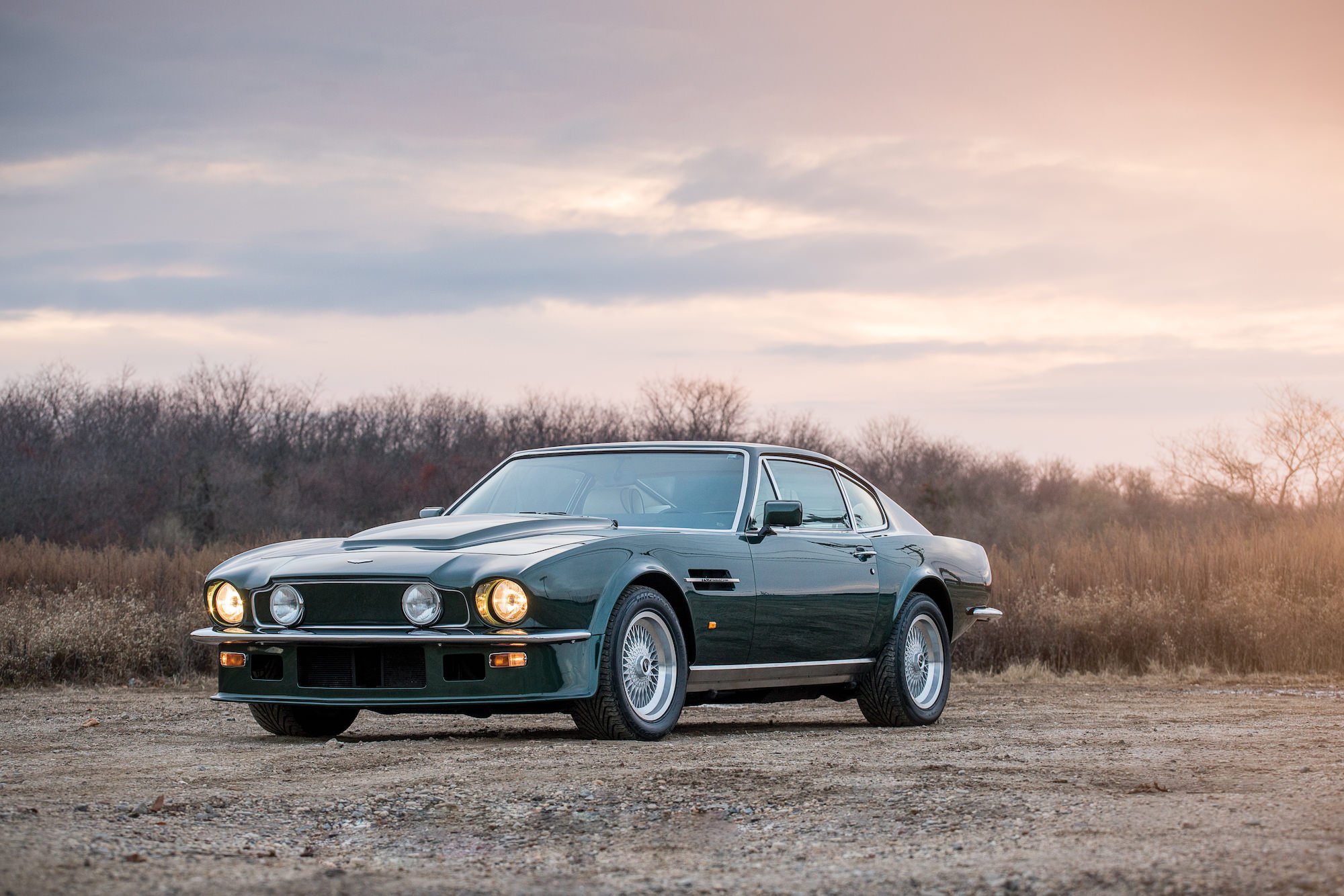 Facebook Twitter WhatsApp Email This is one of the most eye-catching Series 3 Land Rovers we’ve ever seen, despite its name and looks it…

Facebook Twitter WhatsApp Email This is undoubtably one of the most unusual vehicles we’ve ever featured on Silodrome, and it’s going to ruffle a…

Facebook Twitter WhatsApp Email This is a Steyr-Puch Pinzgauer 712DK 6×6 and unlike its contemporaries, it’s been covered with artwork by Nico Sclater, aka Ornamental…

Facebook Twitter WhatsApp Email The Austin Champ was created in the years after WWII as the British answer to the American Jeep. Development started…