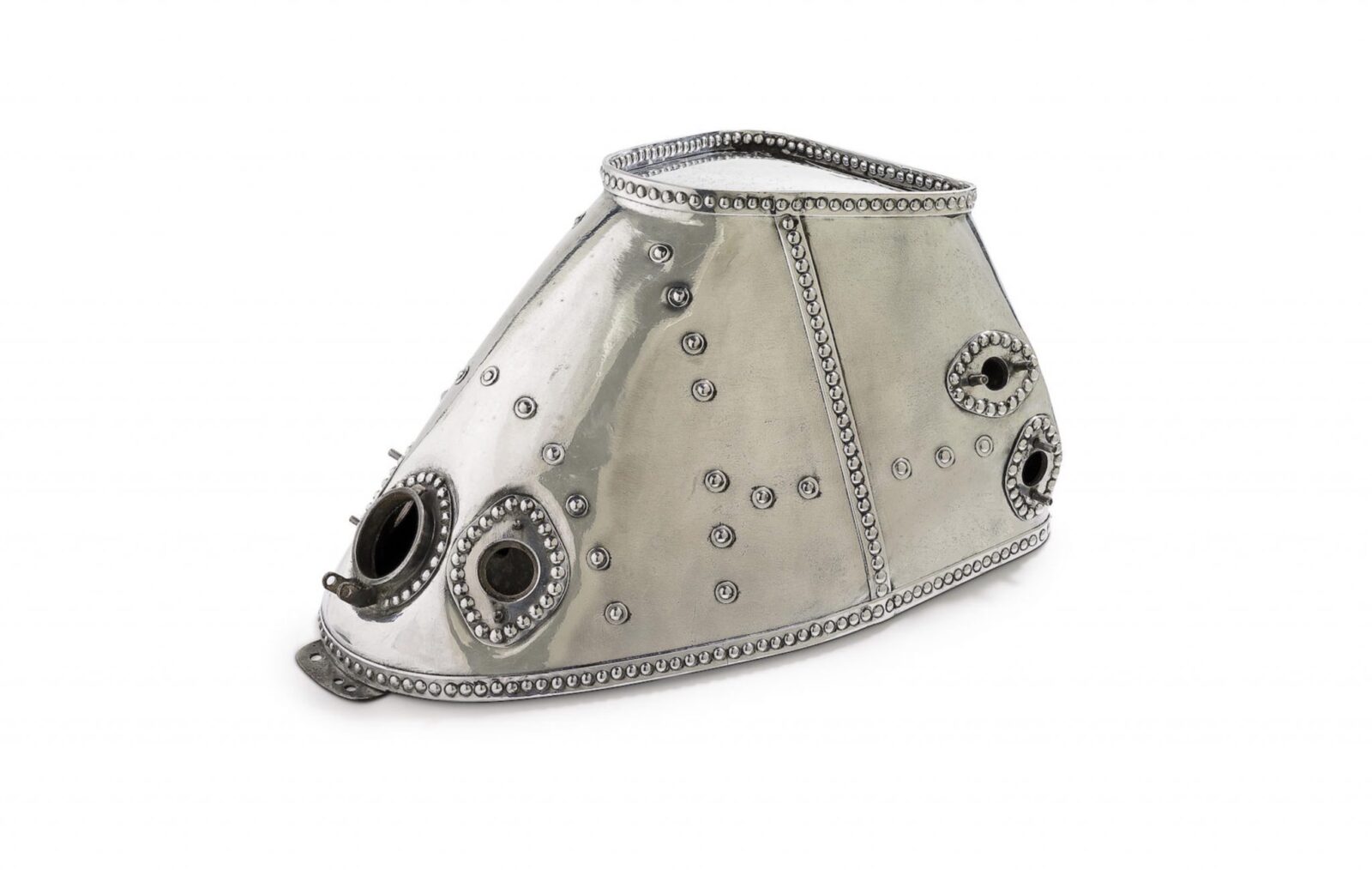 This Ferrari oil tank was originally fitted to the yellow Ecurie Francorchamps Number 0208 car campaigned by Jacques Swaters and Charles de Tornaco during the 1952 and 1953 seasons – the car won the Avus F2 Grand Prix driven by Swaters in 1953.

The tank is made from four sheets of riveted aluminium that have been brought up to a gleaming polish, it has quick release filler lugs and four connection points (and drain holes). It measures in at 26cm x 42cm x 56cm and was recently restored by Roberto Bernadi. 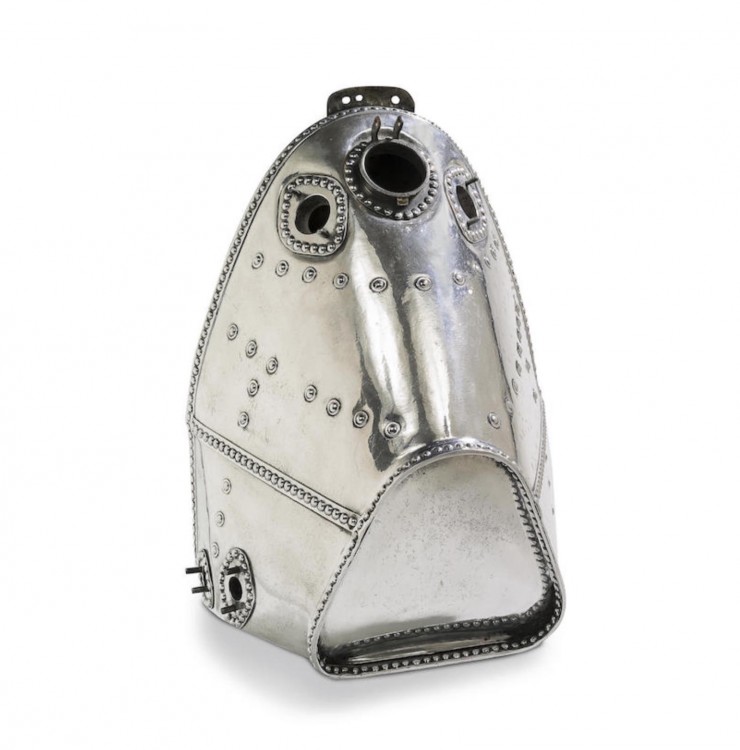 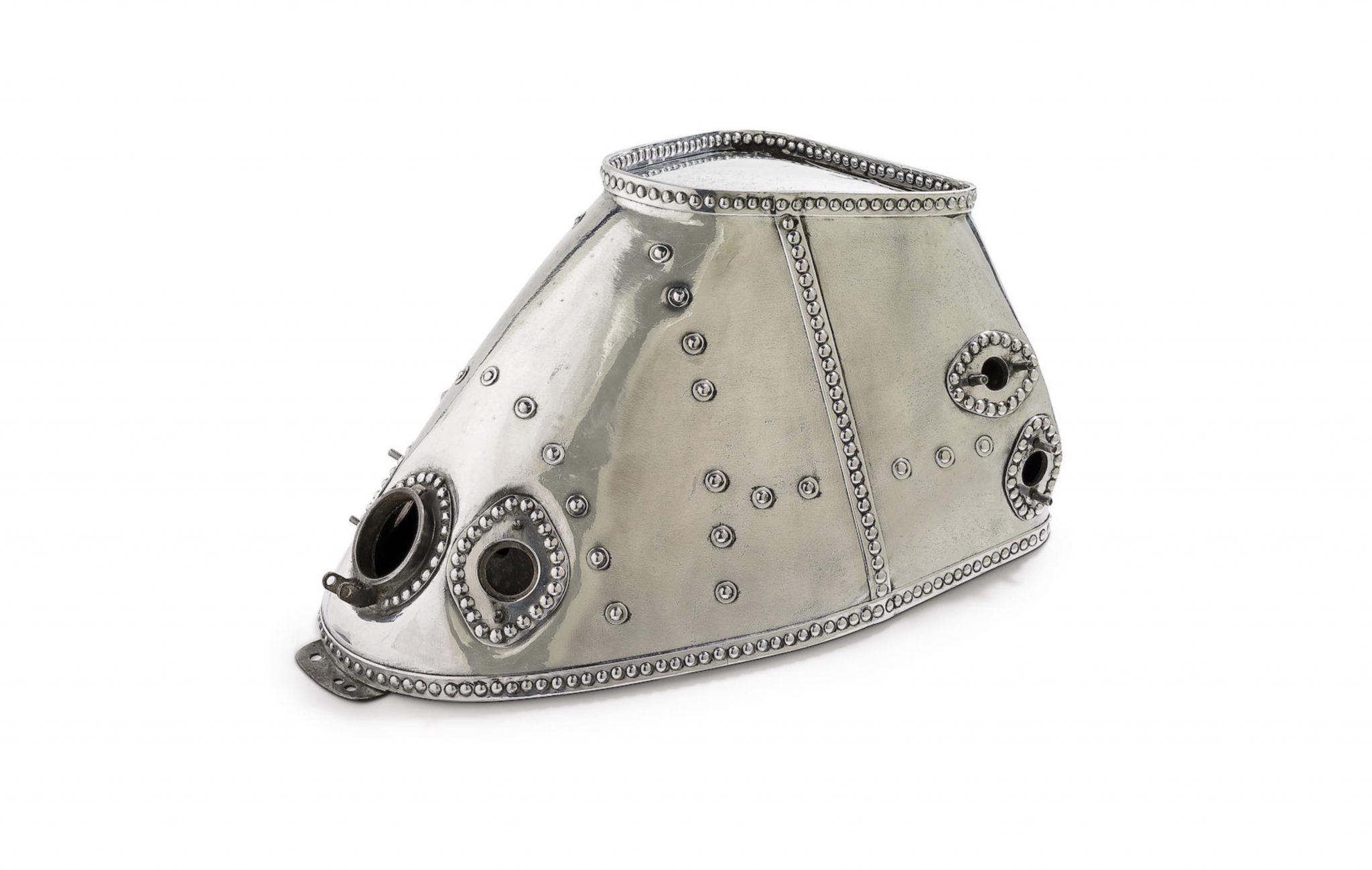