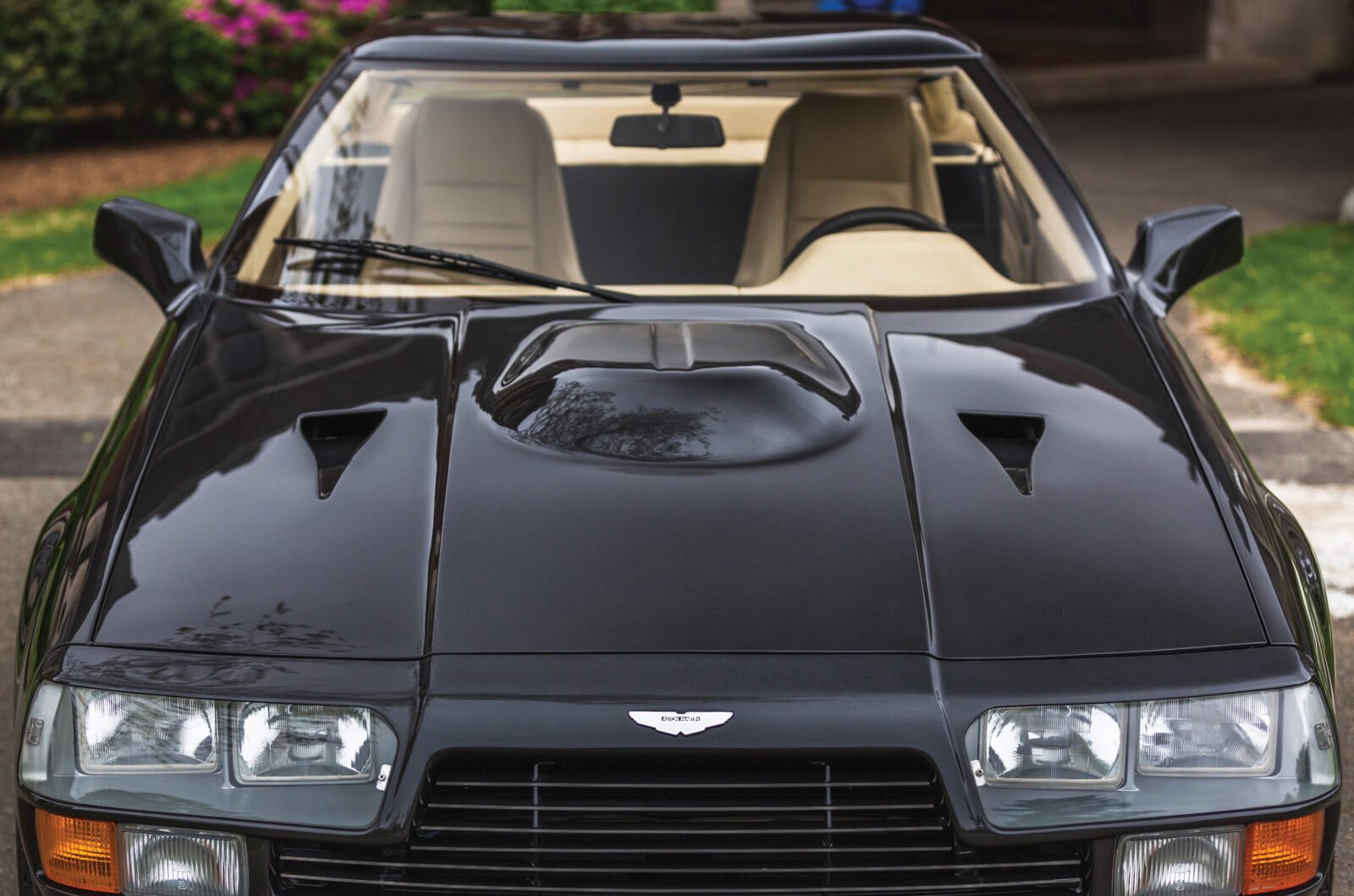 The Aston Martin V8 Vantage Zagato is a two-door GT car with performance figures that came close to rivalling the greatest supercars of its era – the Ferrari F40, the Porsche 959, and the Lamborghini Countach LP5000 Quattrovalvole.

Remarkably it managed a 186 mph top speed and a sub-5 second 0-60 mph time without sacrificing on comfort or space, it had enough room in the trunk for some bags, a spacious interior, great all-around visibility, and a small rear luggage shelf.

Zagato is a famed Italian automobile design house and coachbuilder that was founded by Ugo Zagato in the 1910s to bring lightweight aircraft construction techniques to the automotive world. Many of the cars of the time were heavy body-on-frame design designs with little thought given to weight.

Over the course of the 20th century Zagato became famous for their work developing low-volume sports cars based on the running gear of various manufacturers, they also built a number of successful racing cars, and a slew of fascinating concept cars. 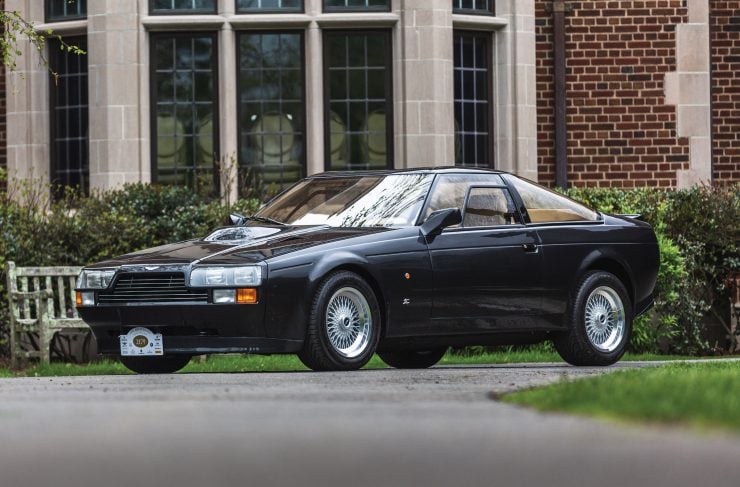 Much like the DB4 GT Zagato, the V8 Vantage Zagato features a shortened chassis necessitating the removal of the rear seats, it’s fitted with a hand-formed, lightweight aluminium alloy body, and the engine is revised to produce more power than the original factory version.

Only 52 examples of the coupe and 37 examples of the convertible were made between 1986 and 1987. The car was first shown to the public as an artist’s rendering at the 1986 Geneva Motor Show and orders began to pour in, despite the fact that the general public had not had seen the car in anything other than picture form.

The shorter wheelbase and lightweight body notably lowered the kerb weight, power was rated as 432 bhp at 5000 rpm and 395 ft lbs of torque at 5100 rpm. The 0-60 mph time was just 4.9 seconds, an astonishing figure for the period, and the top speed was 186 mph. This 0-60 mph time compares favourably with the F40 and the Countach at approximately 4.7 seconds each.

Power was provided by the highly-regarded DOHC per bank Aston Martin V8 with a capacity of 5340cc and twin cold air intakes fed by scalloped openings in the aluminum hood. The hood has a large central power bulge to accommodate the intake, and it’s cooled by a large radiator with twin electric fans. 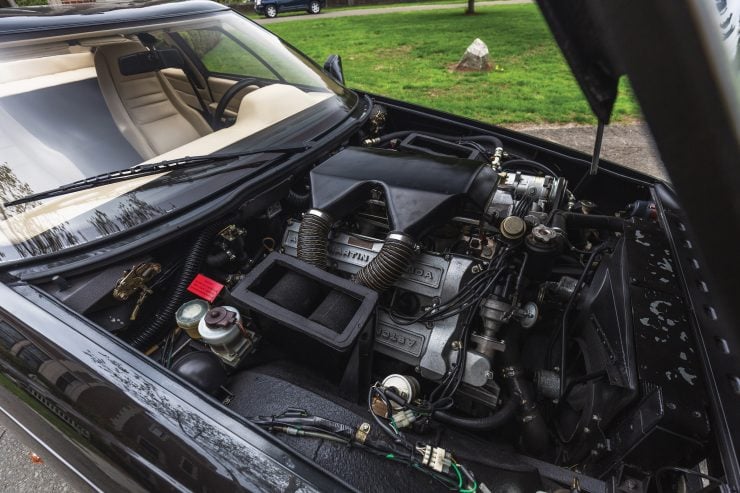 Despite the hefty $156,600 USD MSRP (in 1986 dollars) the car sold well, and its relative rarity led to it changing hands in private sales for upwards of $400,000. Owners of the V8 Vantage Zagato have included many notable people including Rowan Atkinson and Sheikh Abdul al Thani of the Qatari Royal Family, the latter of whom bought the car shown here new from the factory.

The car you see here is one of the more famous examples of the V8 Vantage Zagato, it was ordered new by Sheikh Abdul al Thani who kept the car in Europe for use when he was visiting the continent.

The car was severely damaged in a major crash in Spain in 1989 when it was only a couple of years old. The car was returned to the Aston service department with instructions to rebuild it to as new condition with no expense spared.

After conferring with the insurance company it was decided to build an entirely new car, reusing the original chassis number. 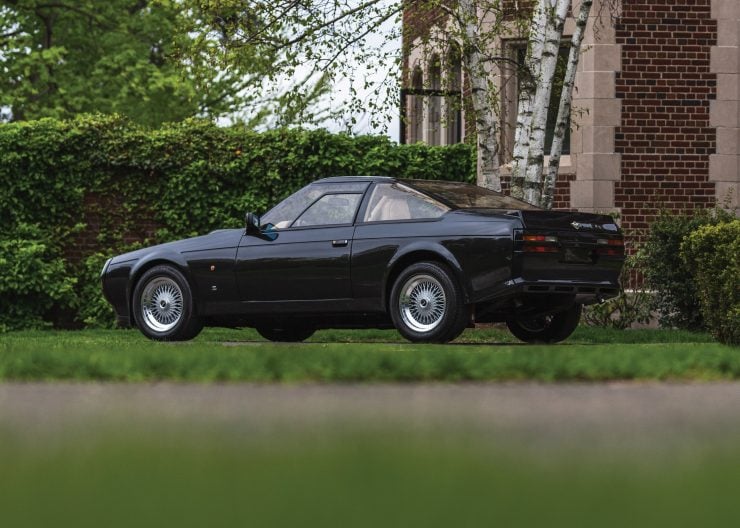 The car’s original X-Pack specification engine was fully rebuilt and fitted to a new chassis which was then shipped to Zagato in Italy for the new body which incorporates a number of the upgrades found on the later cars, including a more luxurious interior (with ebony-finish trim), an Alcantara headliner, a locking center console, and a more attractive rear bumper.

Once completed the car was essentially a new vehicle, the Sheikh eventually sold it to a notable Aston collector who sold it in 2017 to the current owner, who has had the car thoroughly recommissioned.

It’s now being presented for sale with RM Sotheby’s in mid-August at the Monterey Auction. If you’d like to read more about it or register to bid you can click here to view the listing. 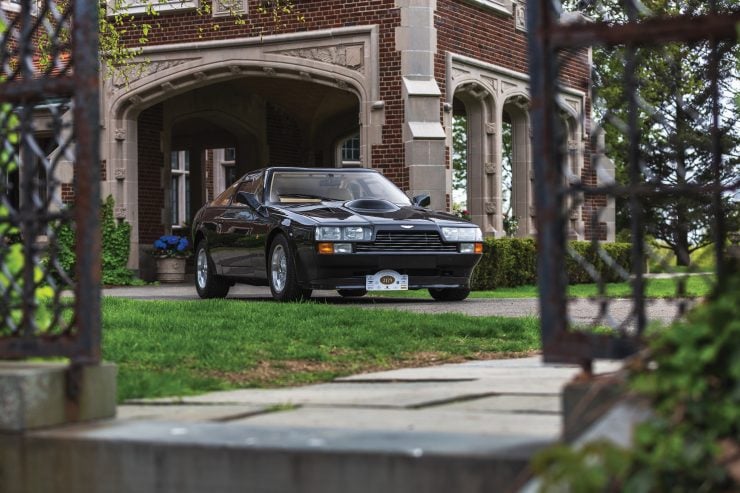 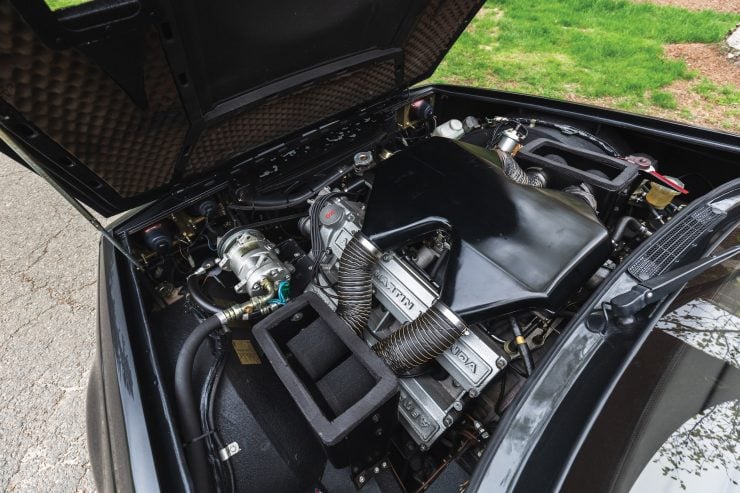 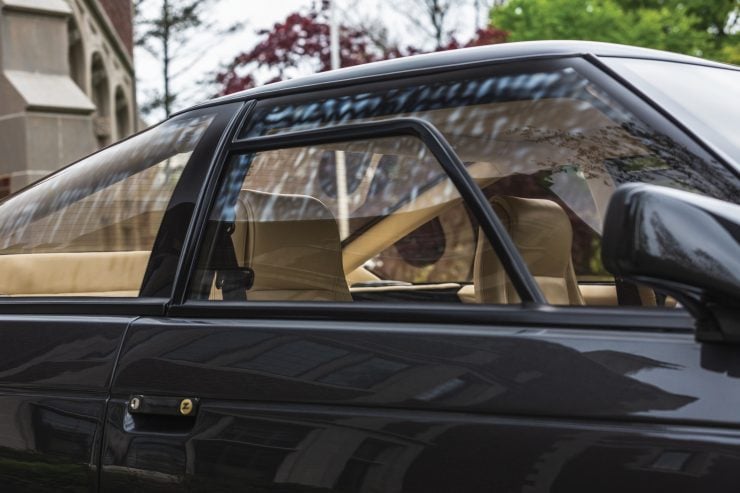 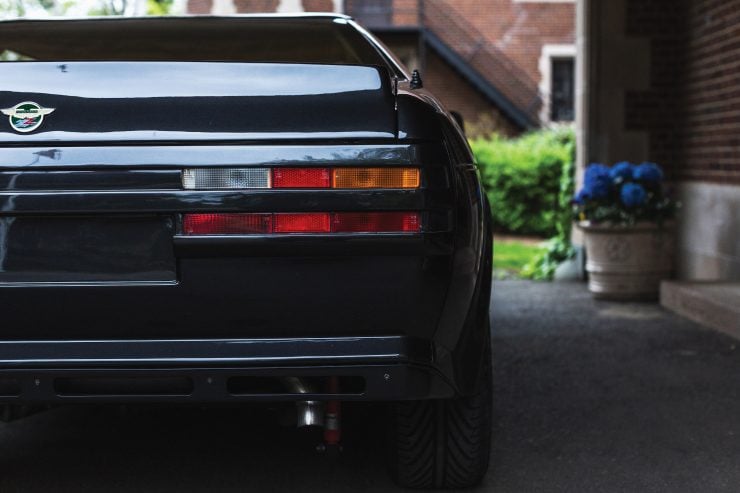 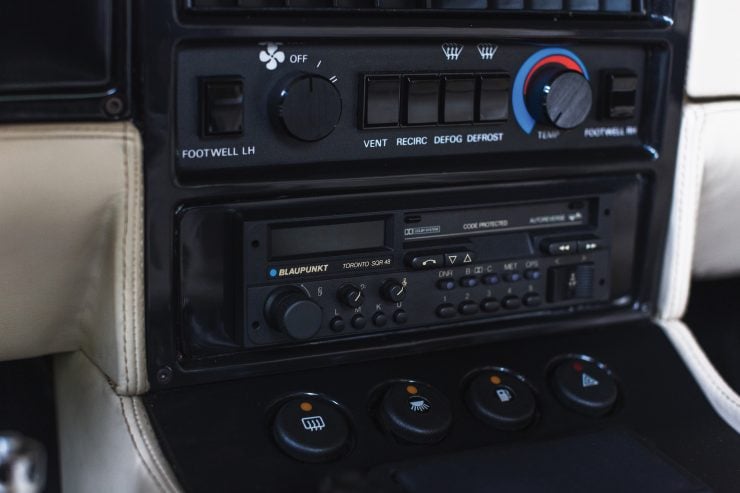 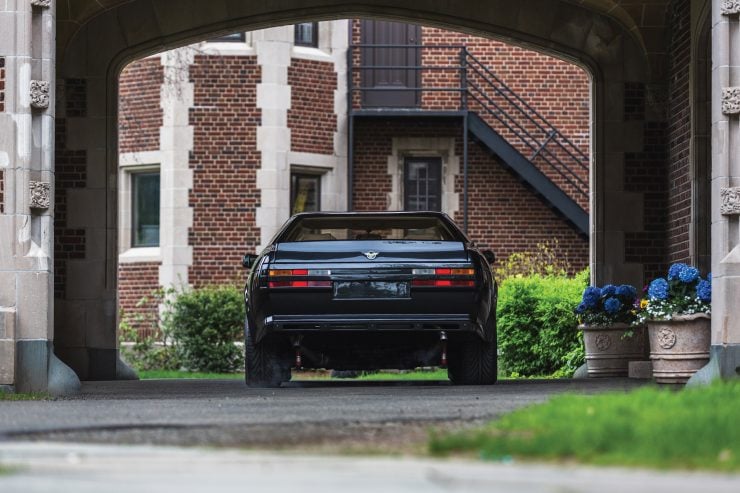 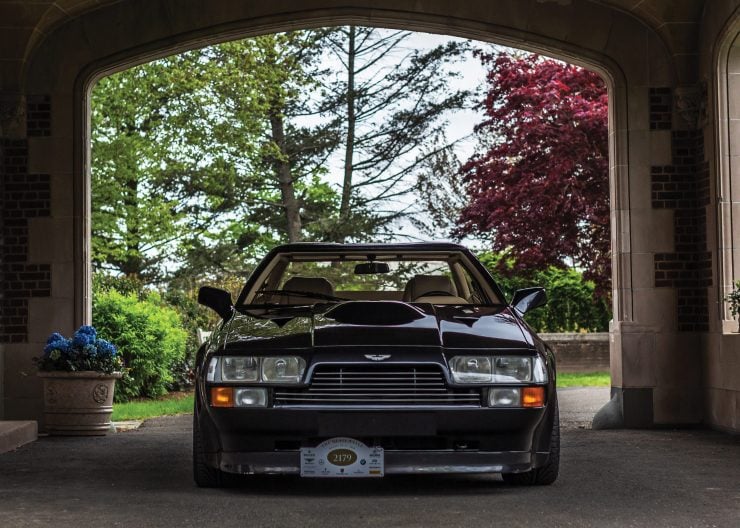 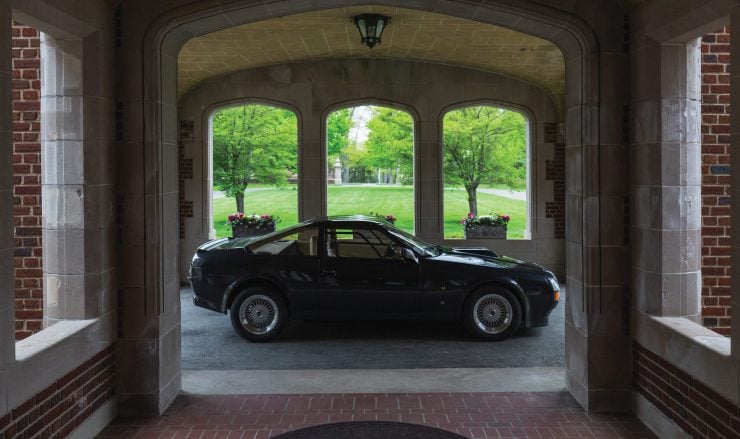 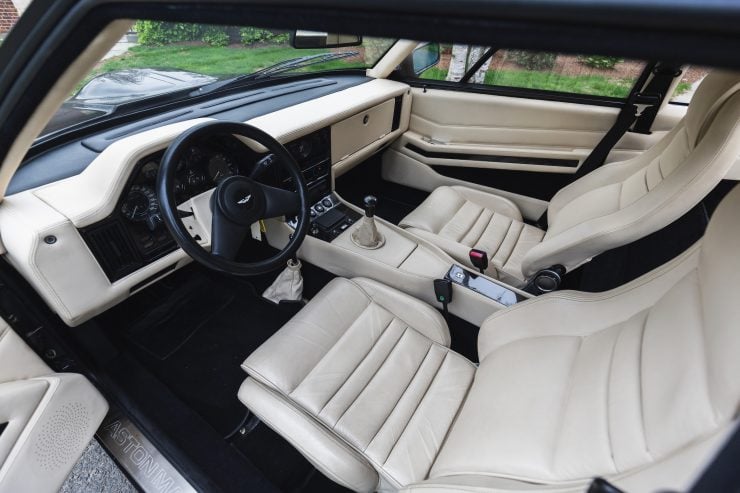 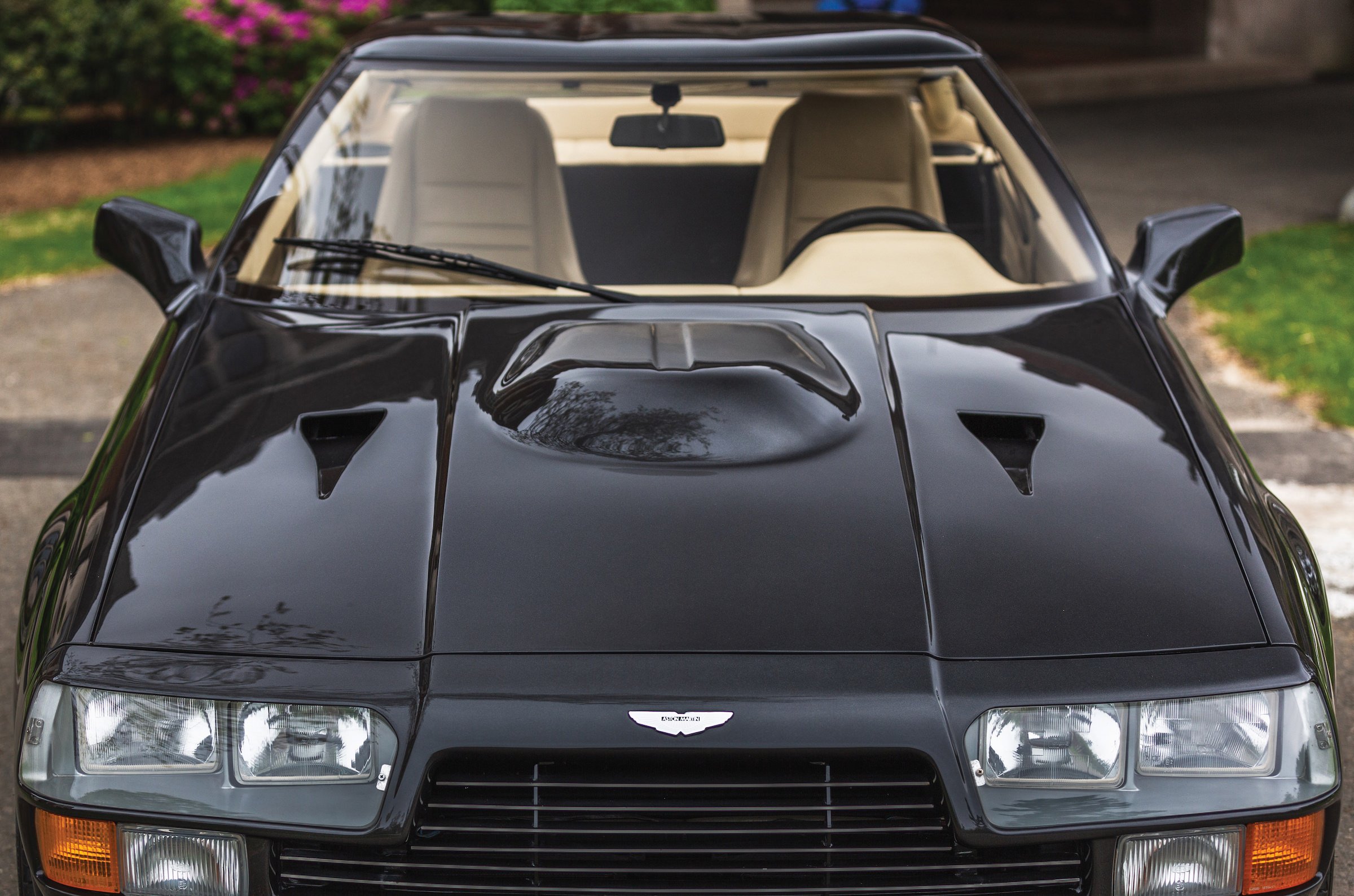