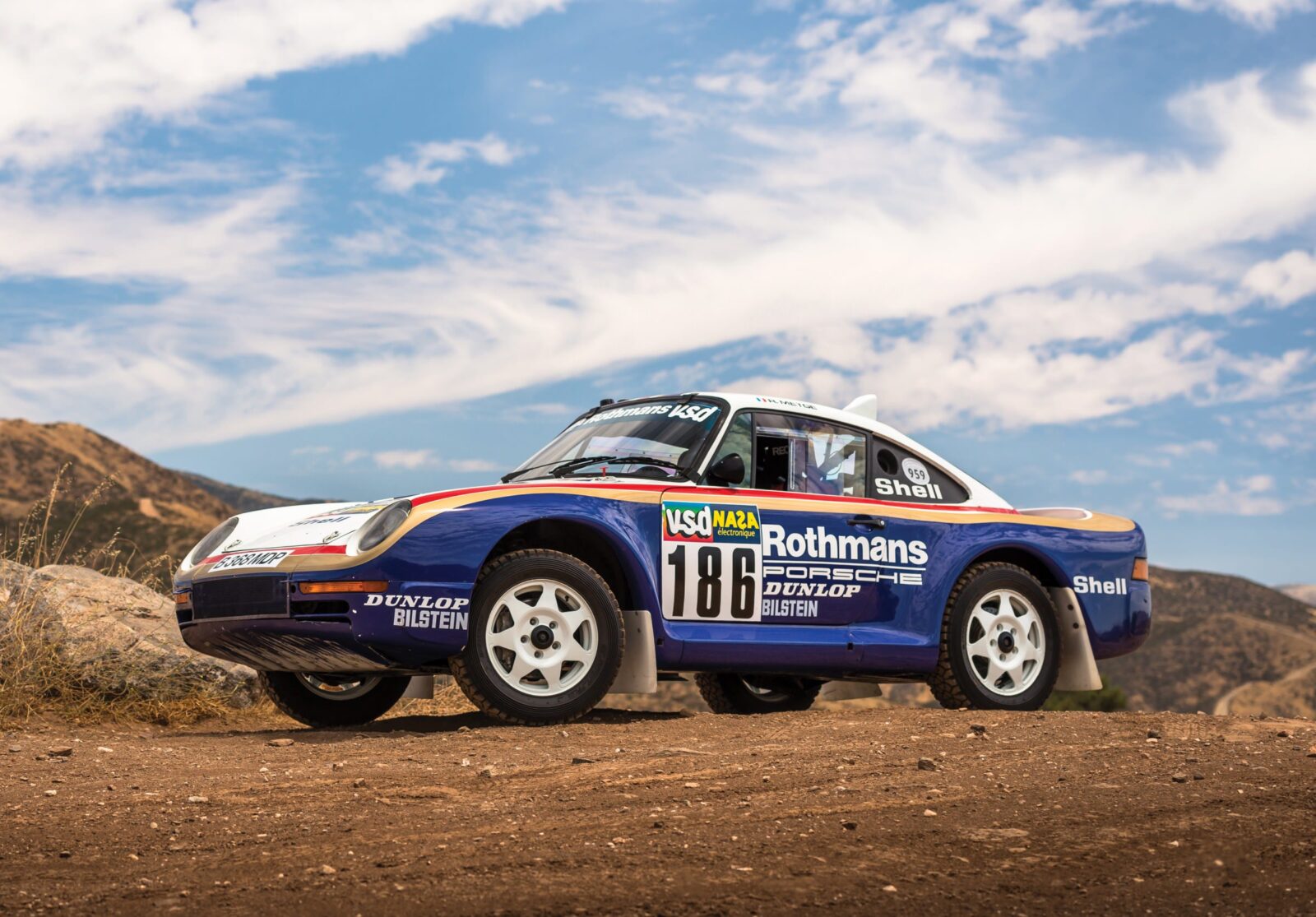 The Porsche 959 is remembered a technological tour de force that forever changed the direction of supercar engineering, but in a wonderful twist of fate this pristine supercar was modified for rally, and sent off to compete in the world’s toughest race – the Paris-Dakar.

The project to design and build the Porsche 959 started with a conversation in 1981 between Porsche’s Chief Engineer Helmuth Bott and the then-new Porsche Managing Director Peter Schutz. Bott knew they needed to do something significant to update the Porsche 911 to keep it competitive and Schutz agreed.

Bott also knew that the quickest way to fast-track engineering was to race the car against the best competition in the world, making improvements and upgrades throughout the season.

He realized that the newly minted set of Group B regulations for sportscar racing and rallying introduced in 1982 would be perfect for the Porsche 959, as they required only 200 vehicles produced annually for homologation purposes, and the restrictions on engineering and vehicle specifications were exceedingly minimal.

So convinced that Group B was the future of the project that the prototype development program was named Gruppe B.

Helmuth Bott and his team of engineers went all out on the design of the prototype, they recognized that this was the car that would likely shape the future direction of the company, and they rolled a staggering array of futuristic technology into the new car.

The unibody shell was made from steel, with aluminum alloy and Aramid (Kevlar) used in many of the body panels, a Nomex floor was developed, and a complex all-wheel drive system dubbed Porsche-Steuer Kupplung (PSK) was created – an advanced computer-controlled system capable of dynamically changing torque distribution between the front and rear differentials.

The engine was based on the power unit used in the Porsche 935/78 Moby Dick race car (and several other race cars), a sequential twin-turbocharged flat-6 with double overhead cams, 4-valves per cylinder, Bosch Motronic 2.1 fuel injection, with water-cooled heads and air-cooled cylinders.

As it happened, Group B evolved to be far more focused on rallying than sports car racing, and the series was shuttered by the FIA in 1986. This left the Porsche 959 with unable to compete in its destined series, but Formula 1, Le Mans, and Can-Am winner Jacky Ickx struck upon the idea of modifying the 959 for the Paris-Dakar Rally, and amazingly he managed to convince Porsche to actually do it.

Although no one knew it at the time, it would be the Paris-Dakar Rally entries that would overwhelmingly define the competition life of the Porsche 959.

The project to race the 959 in the Paris-Dakar Rally began with three 911s that were modified with a series of 959 parts. Despite the fact it was their first attempt Porsche won the event, providing significant encouragement to race again the next year.

For the 1985 Paris-Dakar Porsche built three special 959s but it proved to be more of a development year with the largely new cars that were still very much pre-production prototypes. Rather than using the twin-turbo engine intended for the production 959 they used a version of the naturally-aspirated 3.2 liter Porsche 911 Carrera engine with 230 hp, a decision made to reduce complexity.

The three cars failed to finish but a year later in 1986 Porsche built three more after learning the lessons from the ’85 event. The 1986 cars would take both first and second place, forever cementing the Porsche 959 as a Paris-Dakar Champion.

In all just 6 Paris-Dakar specification 959s were built, and they almost never come up for sale. As a result of this they’ve become almost mythical creatures to the global car community. RM Sotheby’s will be offering the car shown here, currently the property of none other than Jacky Ickx, at their Porsche 70th Anniversary Sale in Atlanta on the 27th of October.

There’s currently no official estimate attached to the car but you can expect that whatever it is it’ll end in “illion”, if you’d like to see more of the car or register to bid you can click here to visit the listing. 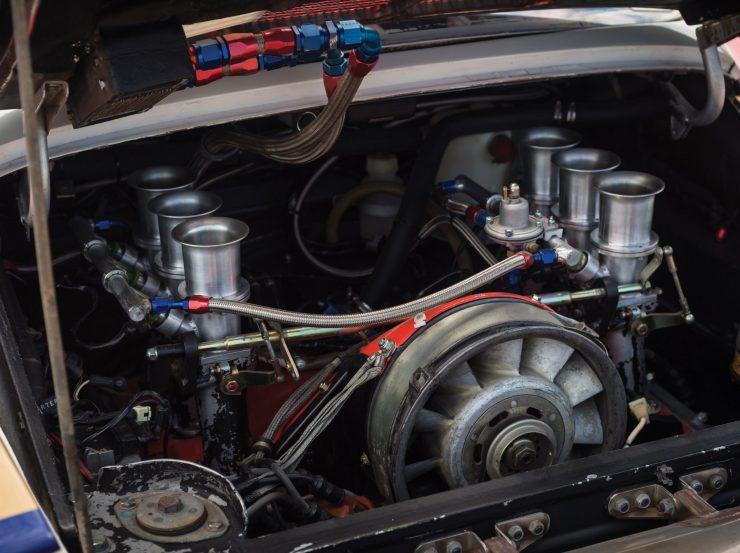 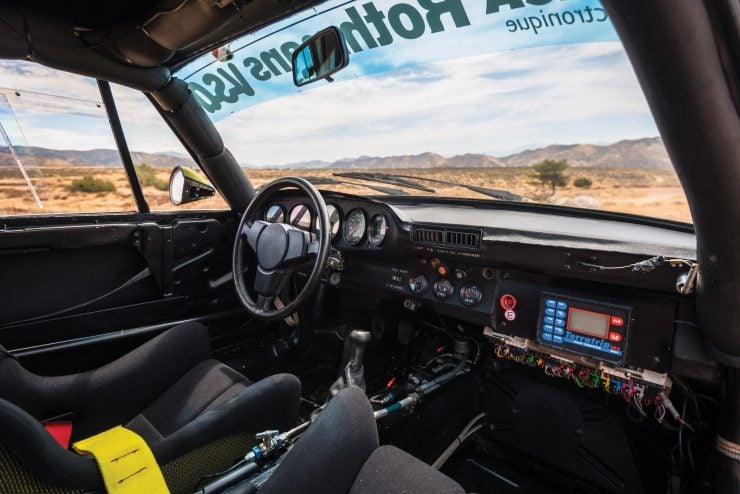 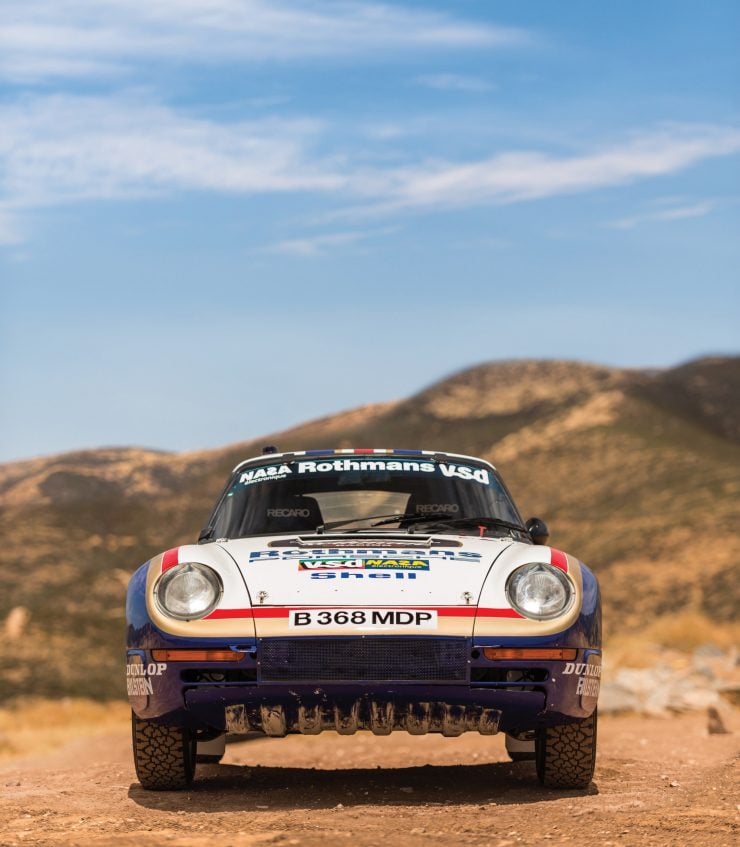 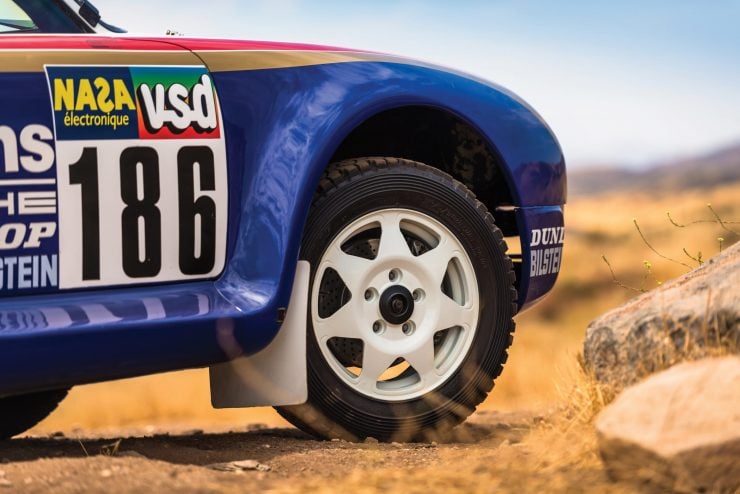 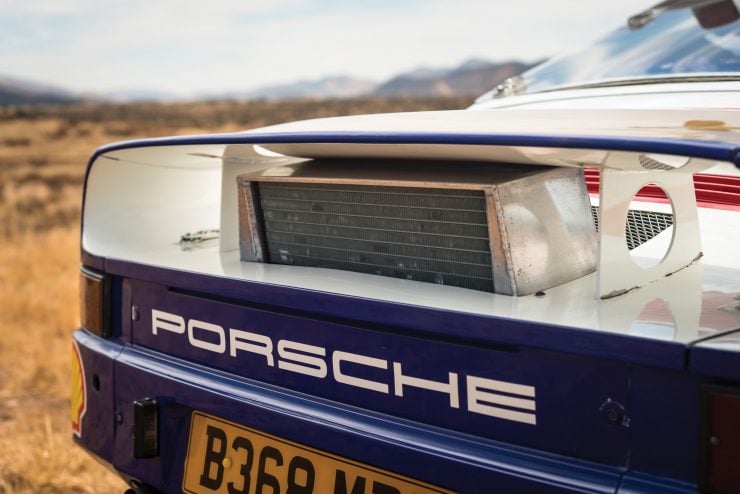 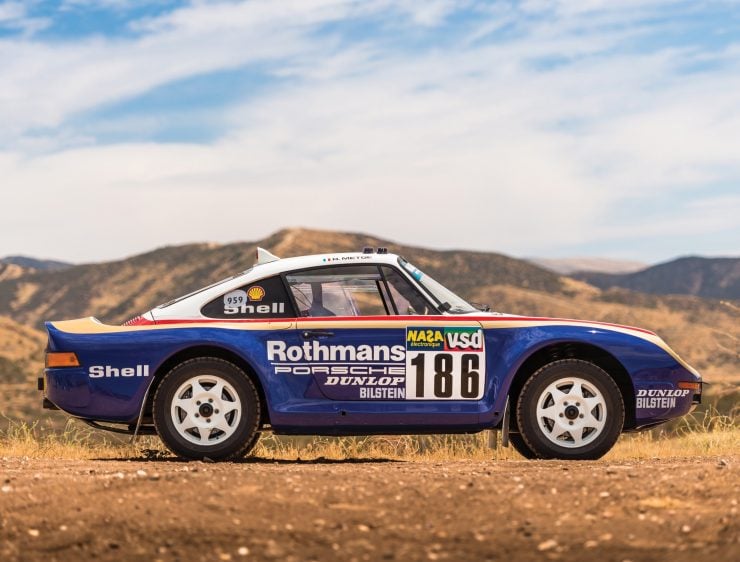 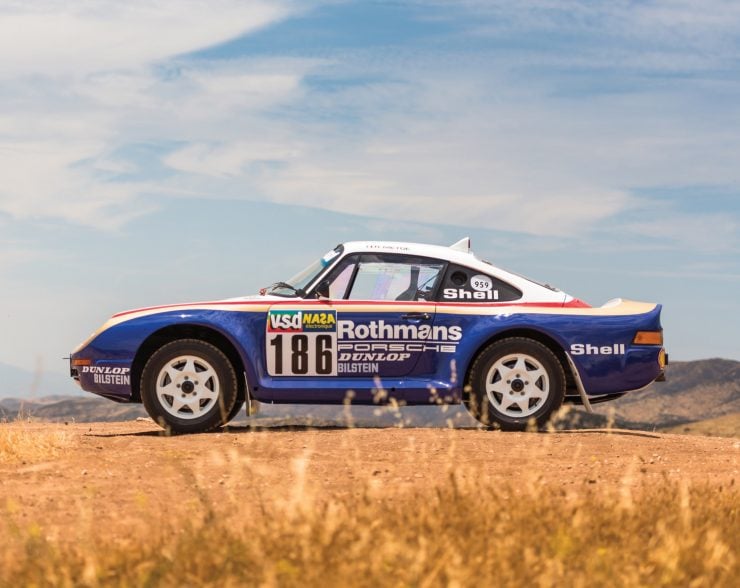 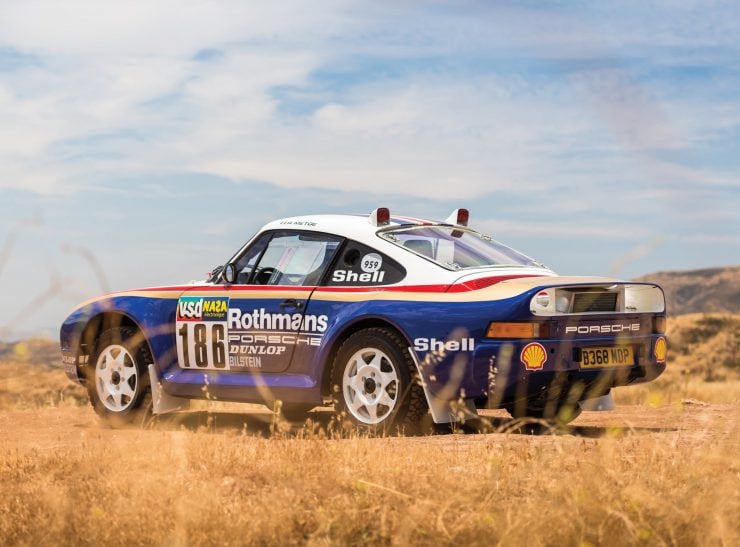 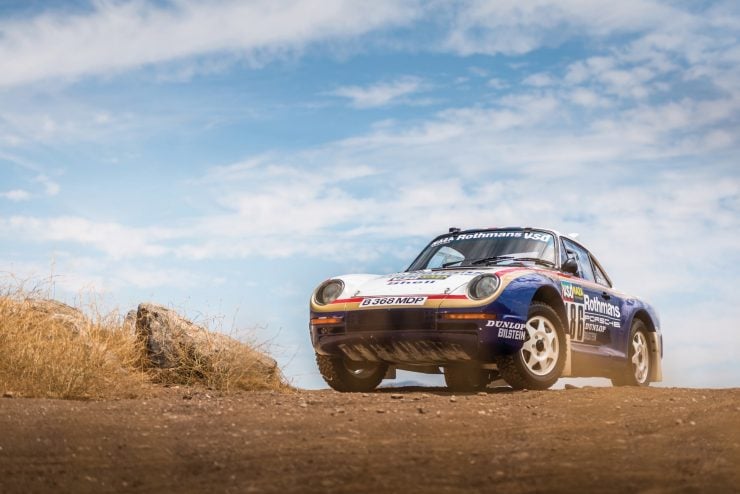 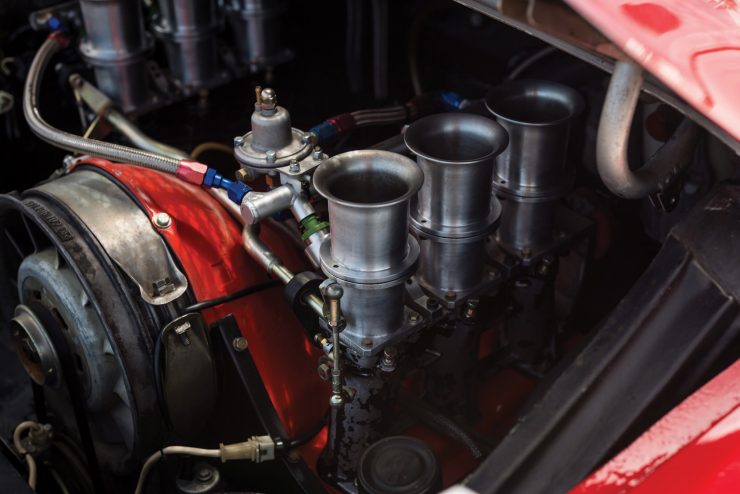 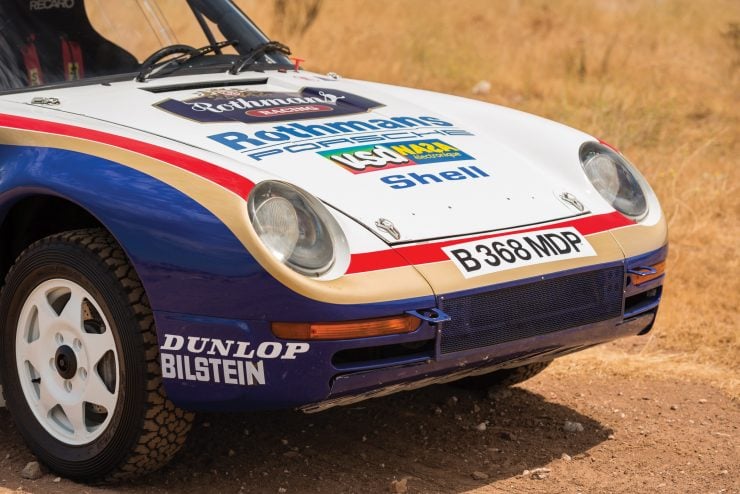 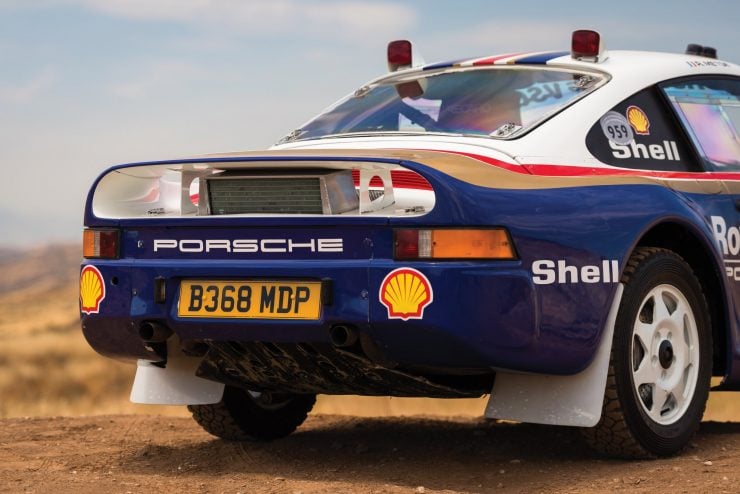 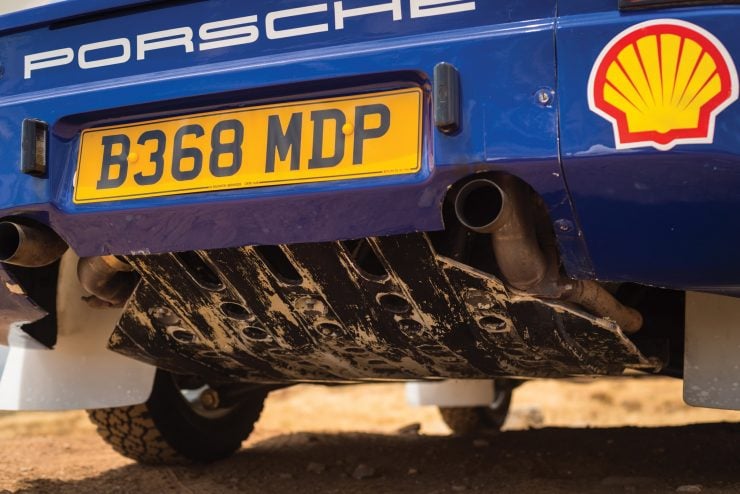 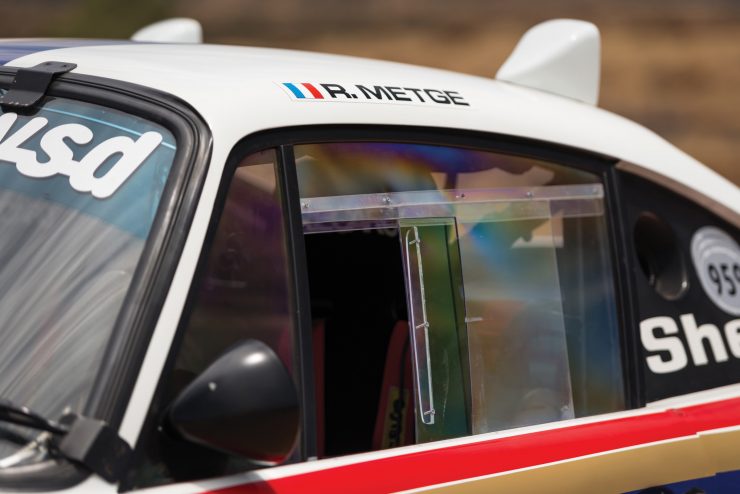 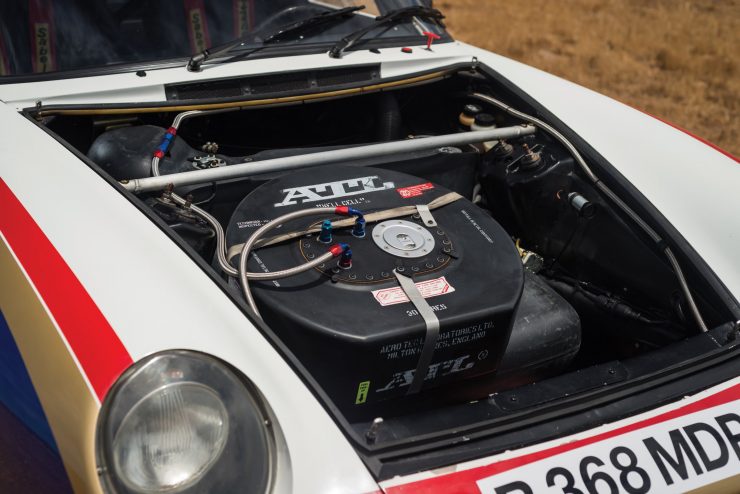 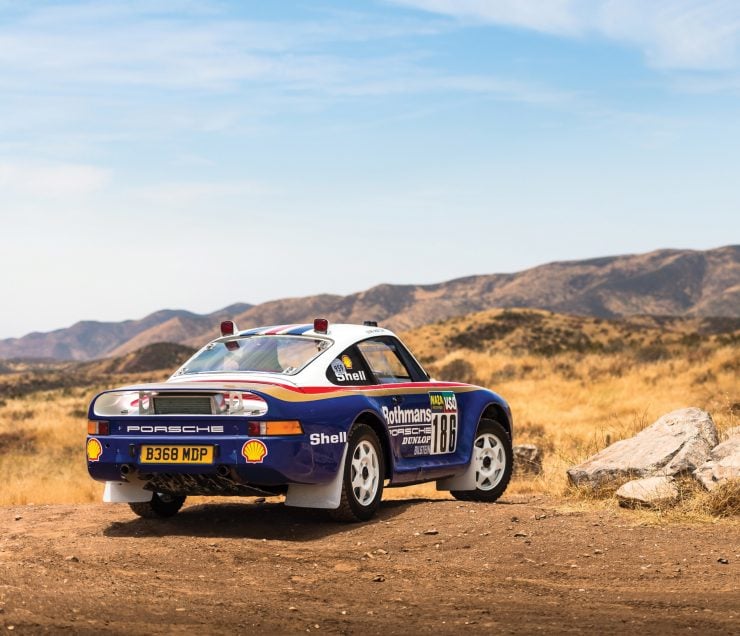 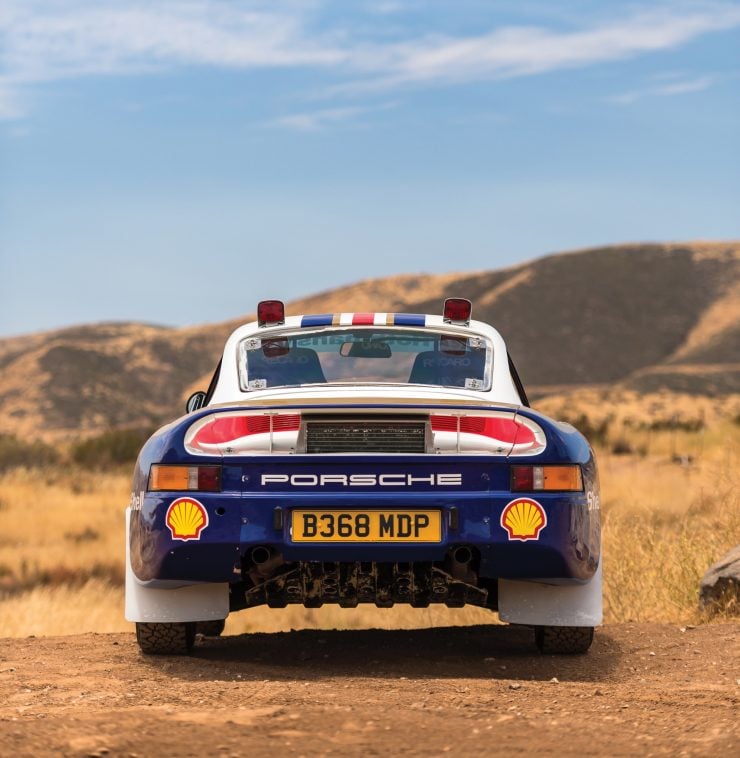 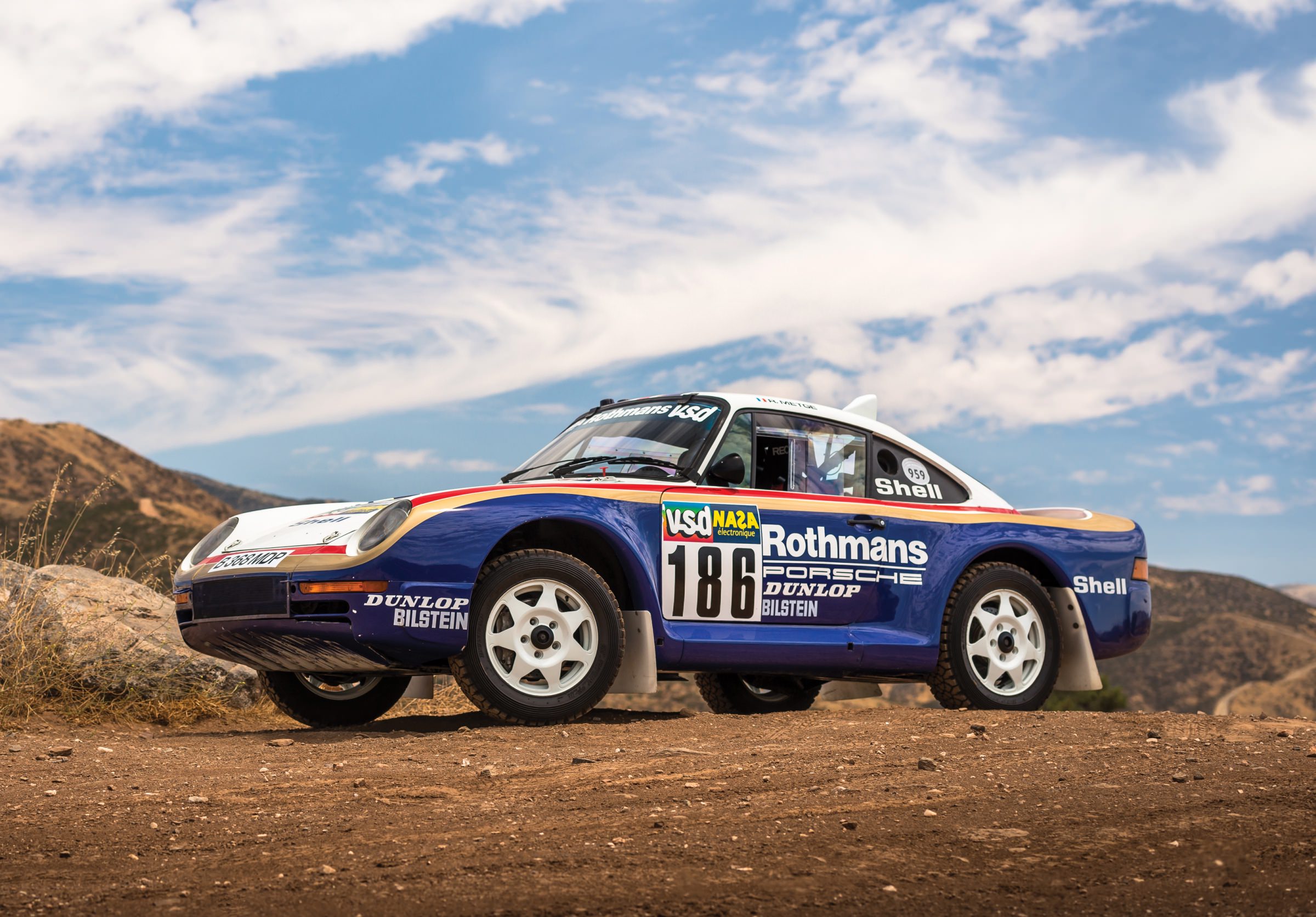