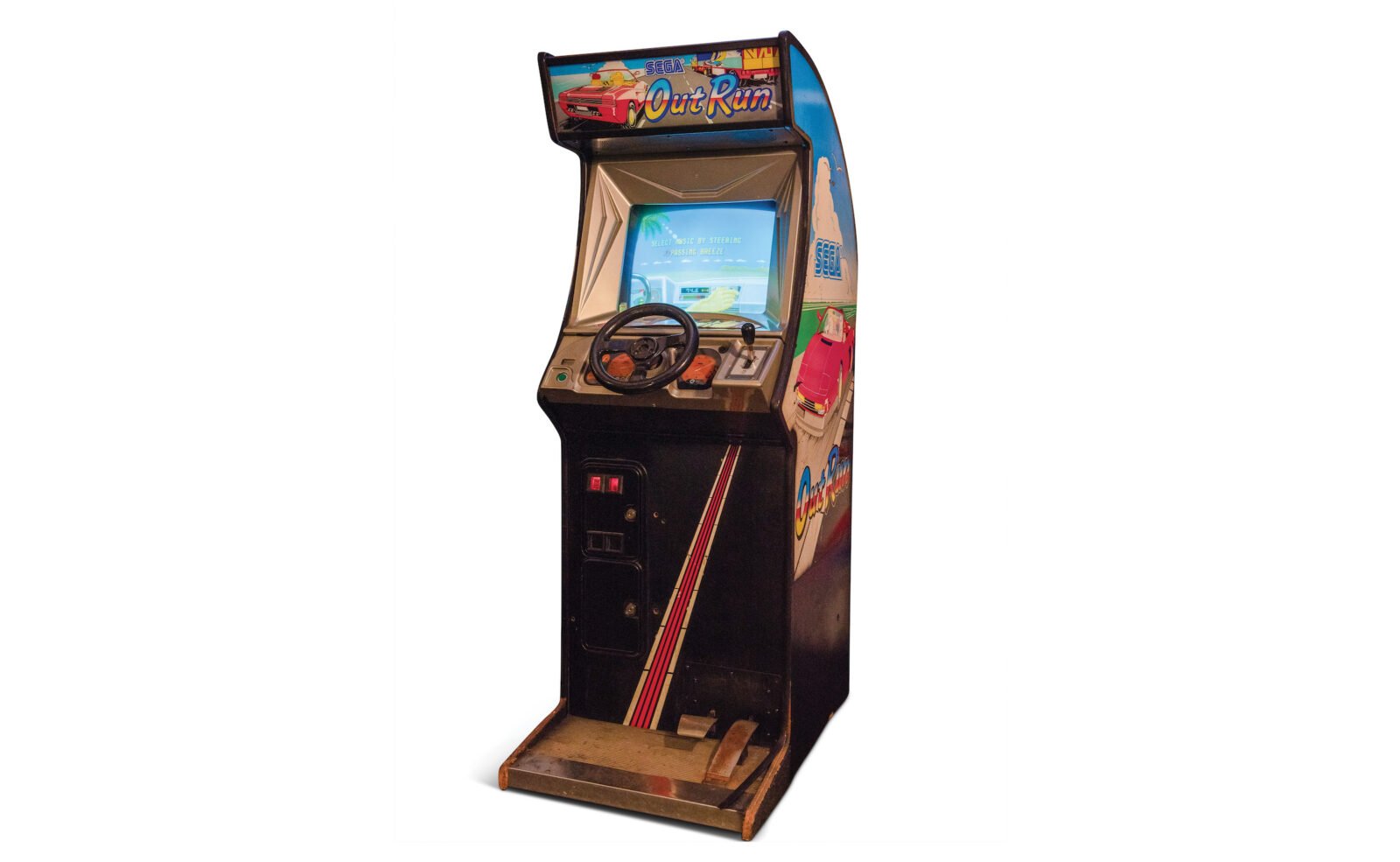 This is an original SEGA OutRun Arcade Game from the mid-1980s. OutRun was the most successful SEGA arcade cabinet of the 1980s. It’s been referenced by many game developers that followed as a major inspiration, and it’s lent its name to the popular “Out Run” design movement that liberally utilizes ’80s era design language and music.

The story behind the game is fascinating and worth a documentary unto itself, though sadly none has ever been made as far as we can tell. Most of the work that went into designing and developing OutRun was done by the legendary Yu Suzuki, who travelled to Europe and toured the continent for weeks in a rented BMW 520.

He started in Germany, leaving Frankfurt for Monaco where he saw a Ferrari Testarossa and settled on using it as the primary car in the game. From Monte Carlo he travelled into Italy, stopping in Milan, Florence, and Rome. He then travelled through the the Swiss Alps and ended up over in the French Riviera.

Once he got back to Japan he began development on the game with a very small team, they had just 10 months to get it ready to ship. The first order of business was finding a Testarossa, this was done and it was extensively photographed to aid the design of the in-game model.

Many of us played OutRun as extensively as our meagre pocket money would allow in the 1980s, for the uninitiated there’s a lengthy clip of game play footage above. The game consists of driving a Testarossa of speeds approaching 300 km/h on wide public roads and avoiding other cars, undulating terrain is used to mask hazards, and unusually for the era, the game allows you to choose your own music.

A variety of both sit down and stand up arcade cabinets were developed and shipped around the world, they invariably proved amongst the most popular in the arcade parlour – giving young boys and girls the chance to drive a Ferrari with reckless abandon was always going to be a recipe for success.

This original 1980s-era OutRun cabinet is the upright variety with two pedals, a steering wheel and a high/low gear shifter. It’s in working condition and retains its originality, making it very appealing to collectors, enthusiasts, and those of us with a hearty dose of nostalgia.

There’s currently no estimate listed, but there’s also no reserve. It’s due to sell as part of the Taj Ma Garaj Collection in late September. 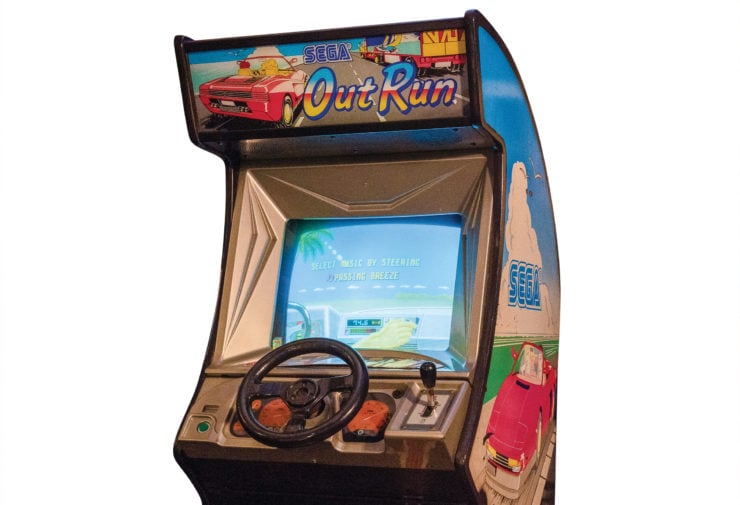 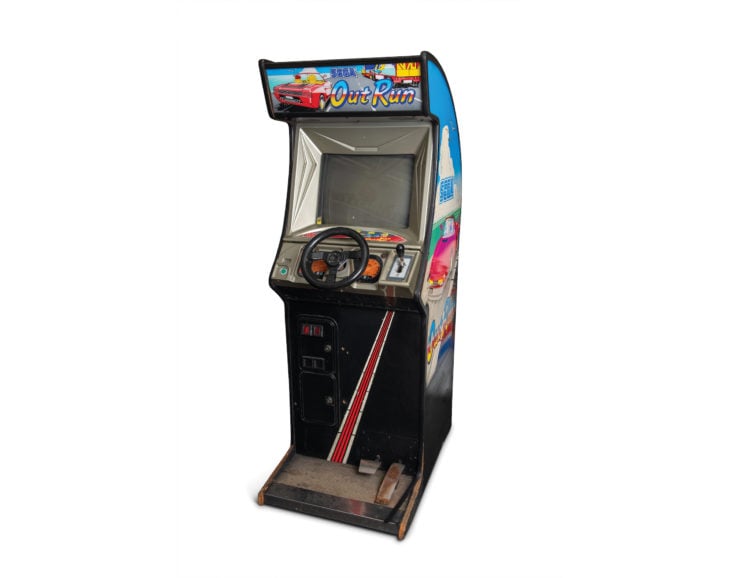 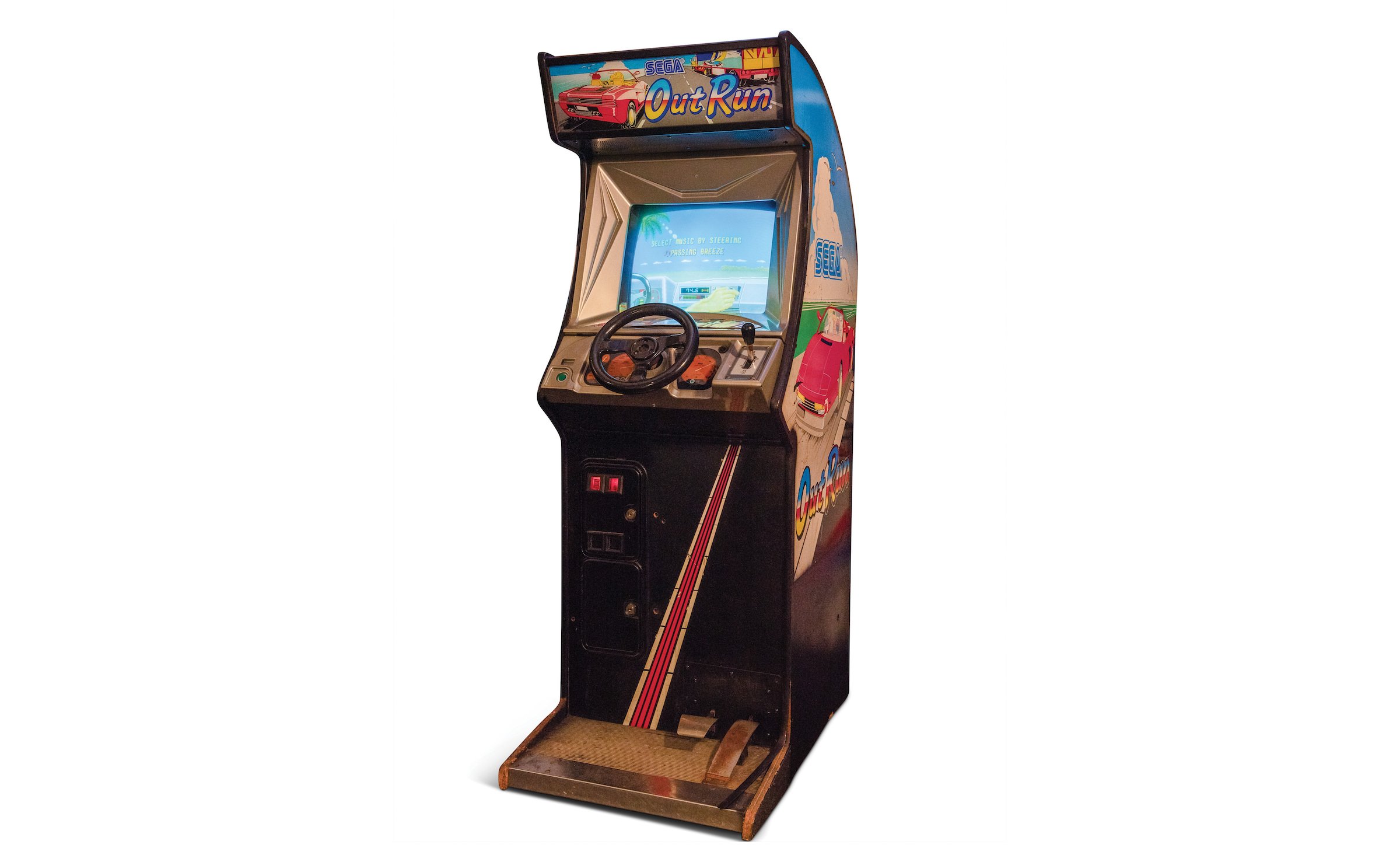