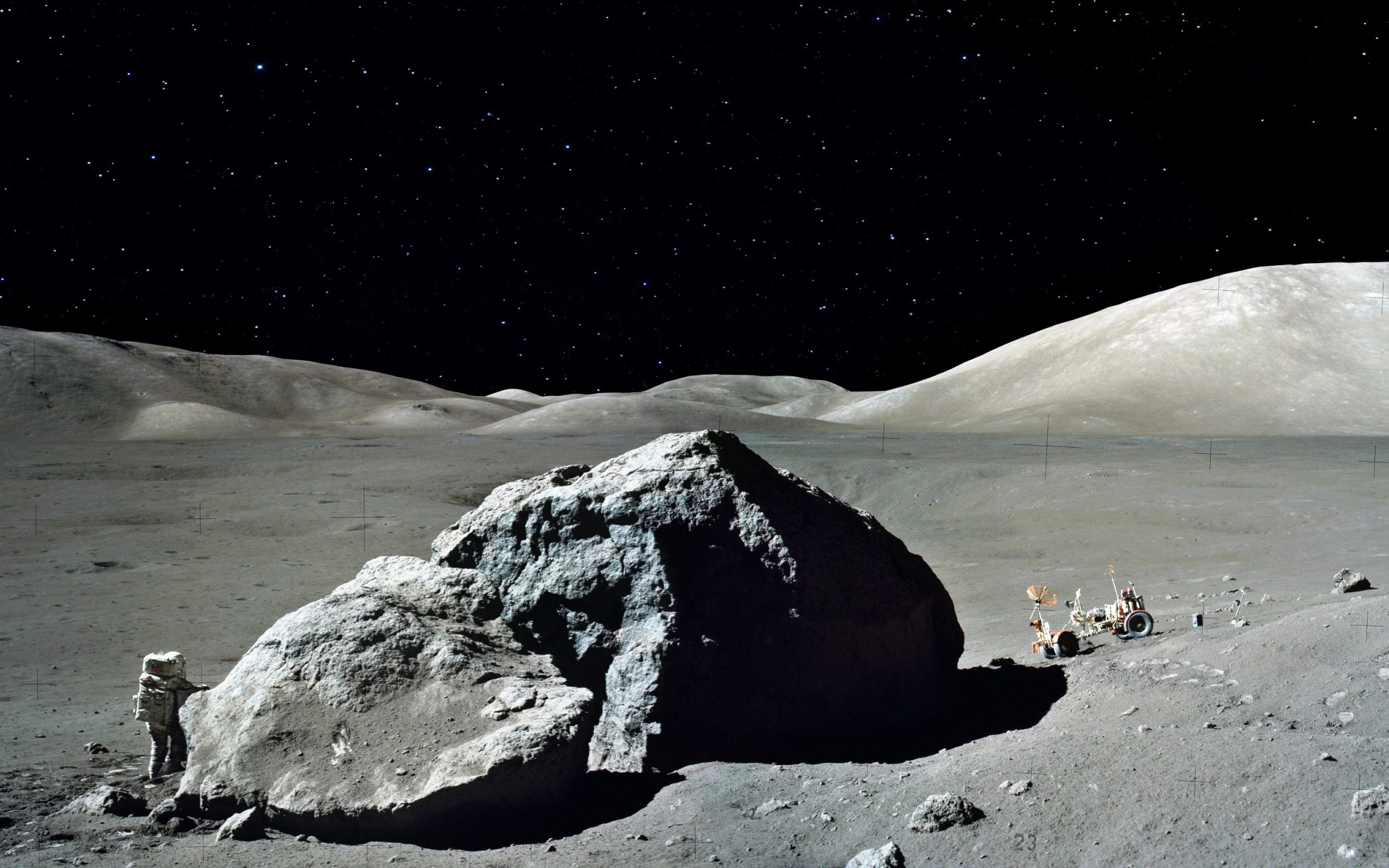 This is one of those extraordinary Apollo mission images that I’d never come across till just last week. After a little research I found the official NASA metadata for the image, which I’ve added below;

Scientist-Astronaut Harrison H. Schmitt is photographed standing next to a huge, split boulder during the third Apollo 17 extravehicular activity (EVA-3) at the Taurus–Littrow landing site on the Moon. Schmitt is the Apollo 17 lunar module pilot. This picture was taken by Astronaut Eugene A. Cernan, commander.

This is the largest resolution version of the image that we could find, it measures 2560 pixels × 1600 pixels and it makes a hell of a desktop wallpaper, just click the image above to load the full-size version. 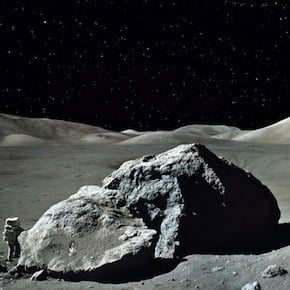