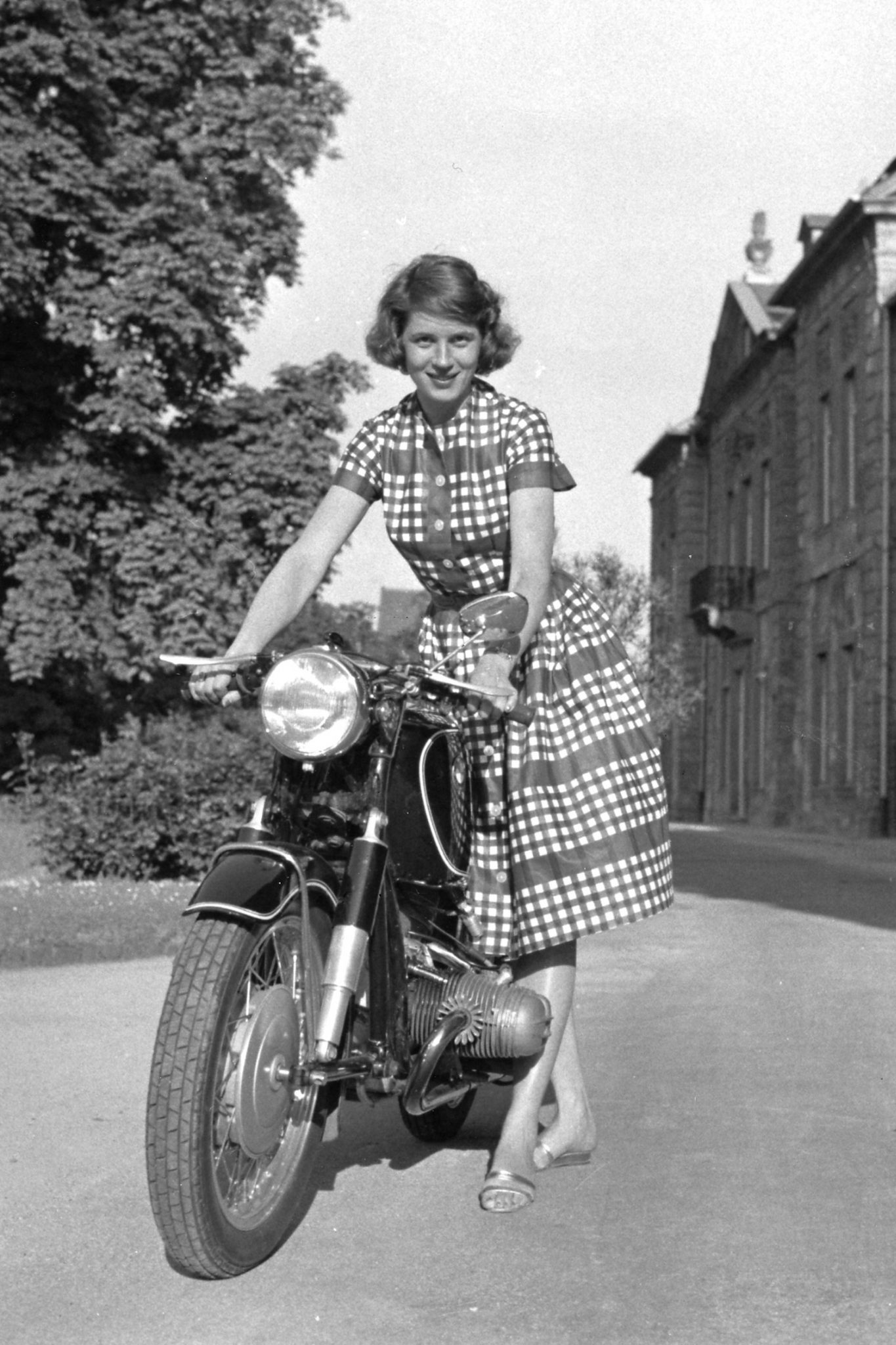 Anke-Eve Goldmann was a journalist for a number of international motorcycling magazines including Cycle World in the USA, Das Motorrad in Germany and Moto Revue in France, she was also a highly accomplished racer and took part in events at the Nurburgring and Hockenheimring.

She is well known for her black, one-piece leather racing suit and almost every picture you find of her nowadays shows her in it, so when I came across this great shot of her in a summer dress I thought I should share it. If you’d like to read a little more about Anke-Eve, click the link here.