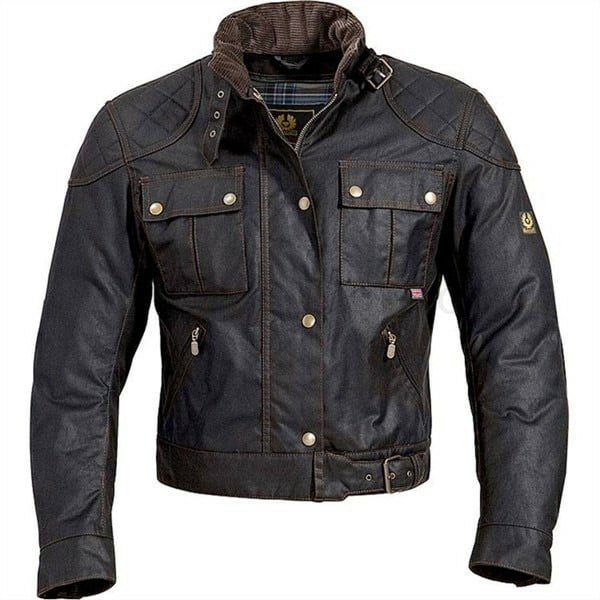 The Belstaff Mojave Brooklands Jacket was made famous in the ’60s when it was worn by Steve McQueen whilst he competed in the Mojave Desert Race in Southern California. It’s made from 8oz waxed cotton, it’s water resistant, breathable, it has classic tartan lining and also has removable CE approved body armour in the shoulders and elbows.

You can get yours here via Urban Rider.