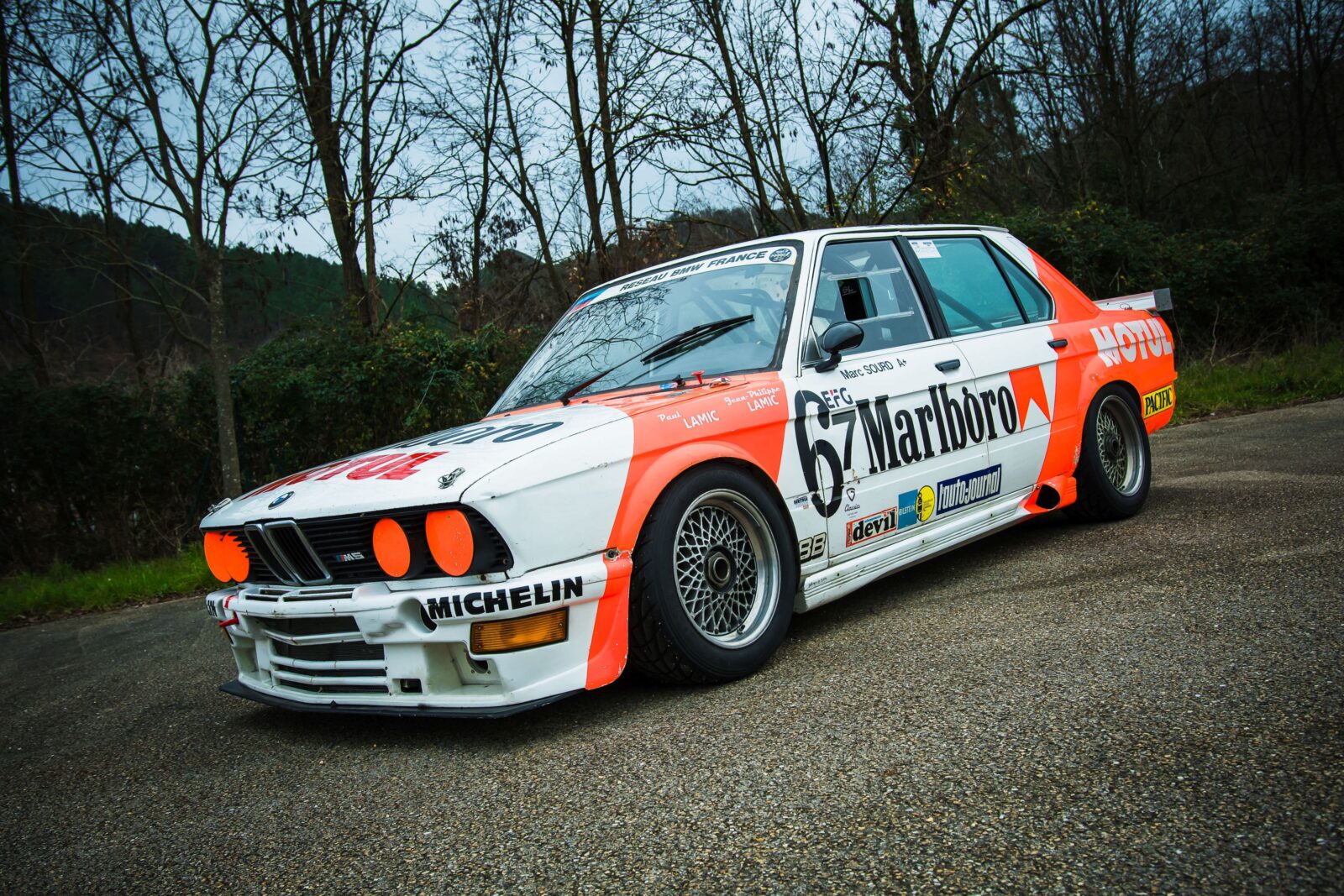 This is the 460 bhp BMW M5 touring car that was built for French racing driver Marc Sourd for the 1985 Championnat de France Production, the nation’s premier touring car championship.

Sourd competed in every round and took both a win and a second place over the course of the season.

The BMW E28 M5 has become a cult classic in recent years largely thanks to the fact that it’s a comfortable four-door, five-seat sedan with a BMW M1 supercar engine under the hood. The car’s speed is nothing short of prodigious, and BMW engineers were sure to upgrade the brakes and suspension to better cope with the power output.

BMW first showed the E28 M5 to the world in early 1985 at the Amsterdam Motor Show, the motoring press were stunned by the vehicle’s performance abilities. On its release the M5 was the fastest production four-door car in the world thanks to the 282 hp M88/3 engine that was fitted to the European variant. 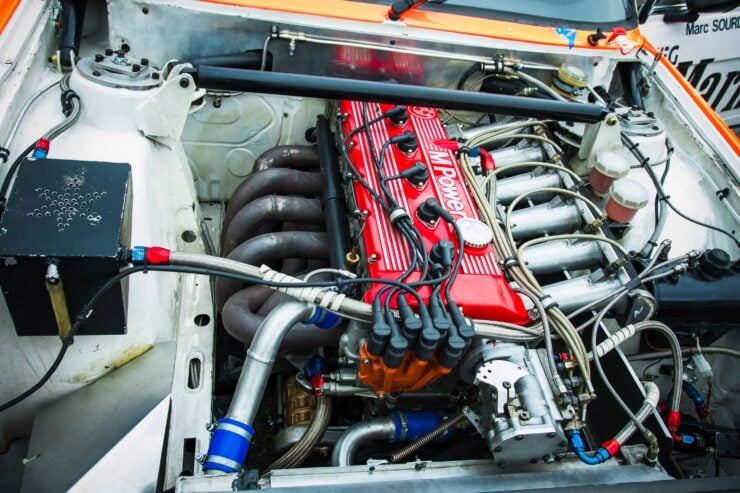 Above Image: The highly modified engine in this car now turns out 460 bhp at a screaming 8,400 rpm.

The outlandish idea of taking the engine from the BMW M1 supercar and dropping it into the engine bay of a four-door saloon car is credited to BMW Motorsport boss, Jochen Neerpasch.

In a way, this was the ultimate evolution of the BMW 2002 first introduced in the late 1960s – a sports car with great handling that uses a standard three-box design with seating for 4+ adults, with ample trunk space.

This wolf-in-sheep’s clothing design ethos, particularly for M cars, has become a core part of BMW’s DNA and it’s present throughout the company’s model line up to this day.

The car you see here is a race-winning touring car from 1985, it’s never been restored or modified and it still carries its original Marlboro livery.

French racing driver Marc Sourd drove this car to a win in Nogaro and a second place at the Croix en Ternois circuit. These took place within France’s top flight touring car championship, chosen to showcase the abilities of the then brand new E28 M5. 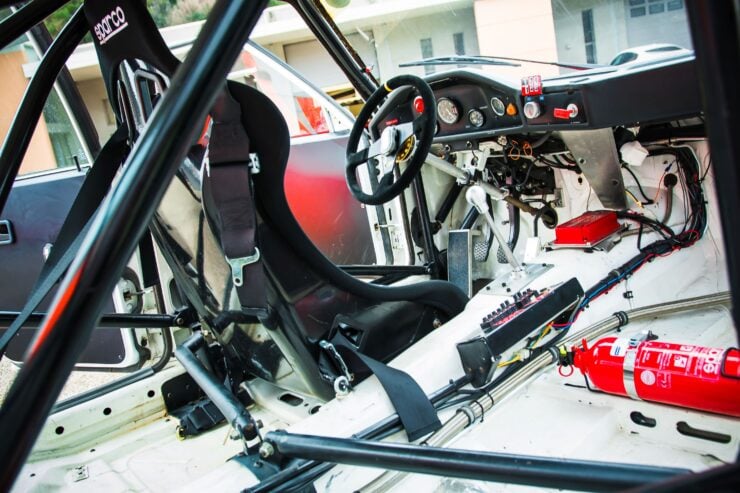 Above Image: The car retains its original livery and its original set up for touring car racing, with a stripped interior and a modern fire suppression system.

Of course no touring car is the same as the cars on the showroom floor, this M5 was significantly modified by Auto Motor Sport (chassis) and PIPO (engine). In its current trim the engine produces 460 bhp at 8,400 rpm, a considerable increase over the 282 hp of the original.

Suspension and braking systems were both significantly uprated, and the car features a full roll cage. As you would expect the interior was stripped back to the metal to reduce weight, the driver sits in a Sparco racing seat with a five-point seat belt, and there’s a Sparco fire suppression system installed.

Power is fed back through a 5-speed Getrag gearbox with a lightweight magnesium casing into a limited slip differential – different final drive gear ratios can be used on different circuits, the fastest of which will allow the car to reach 300 km/h.

Over the years the car has been well-maintained and it’s made appearances at a number of vintage motorsport events. If you’d like to read more about it or register to bid you can click here to visit the listing on Artcurial. 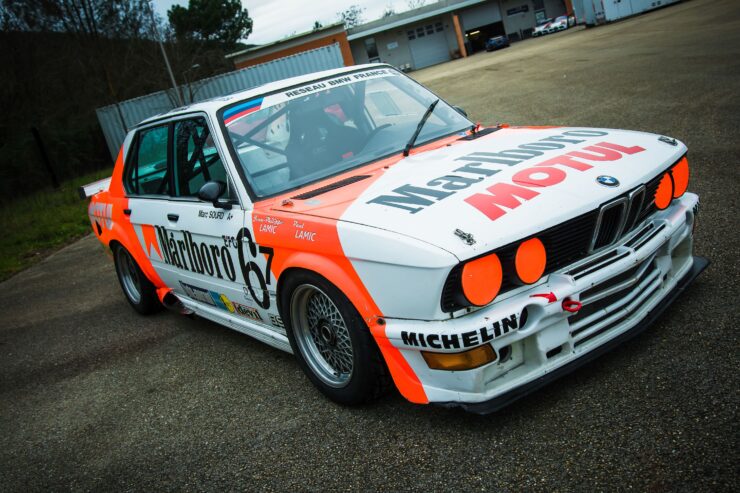 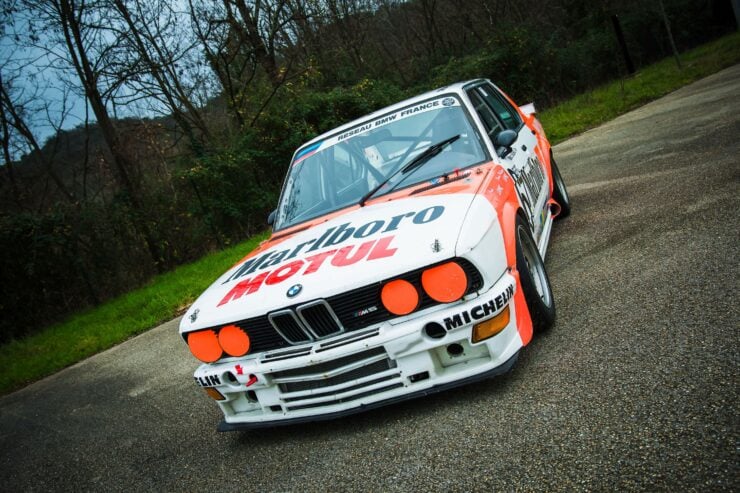 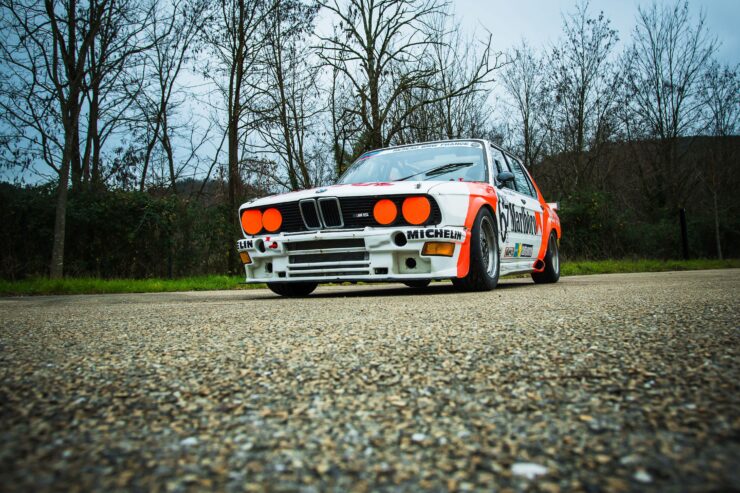 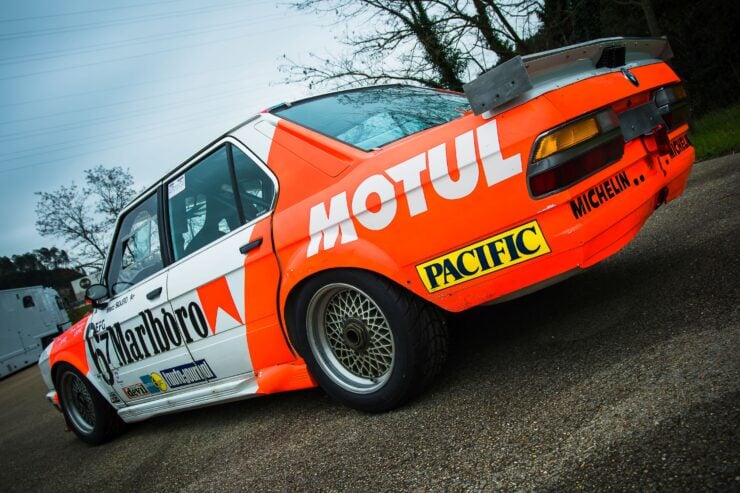 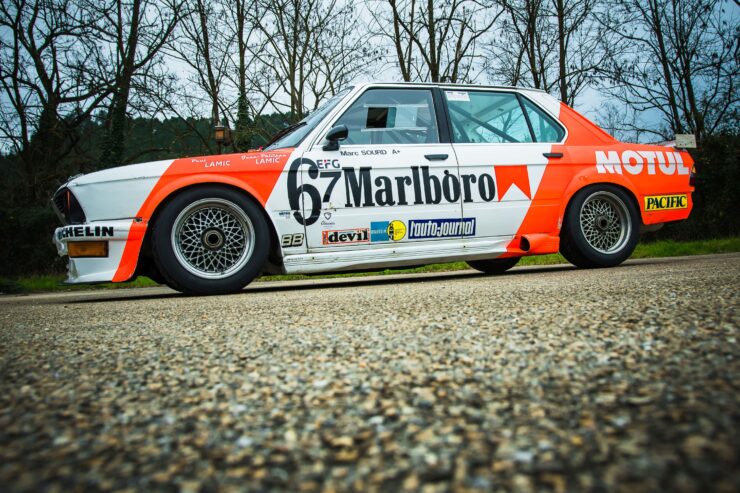 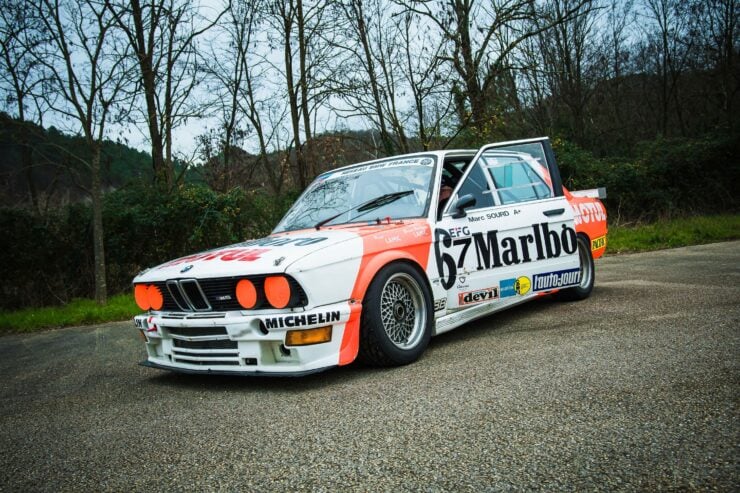 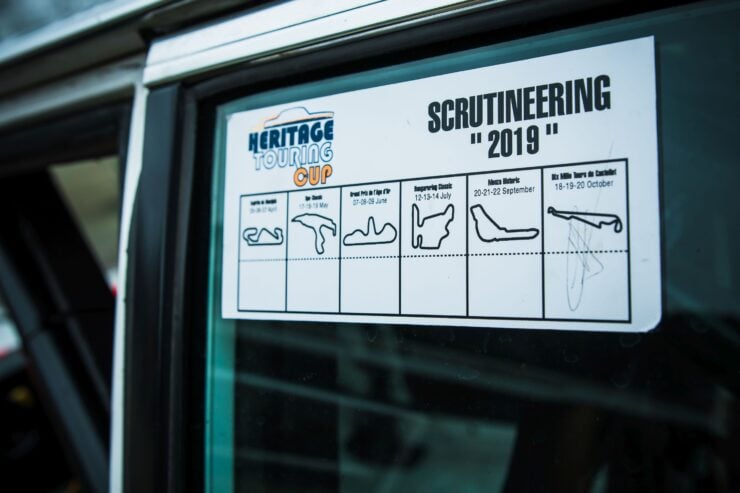 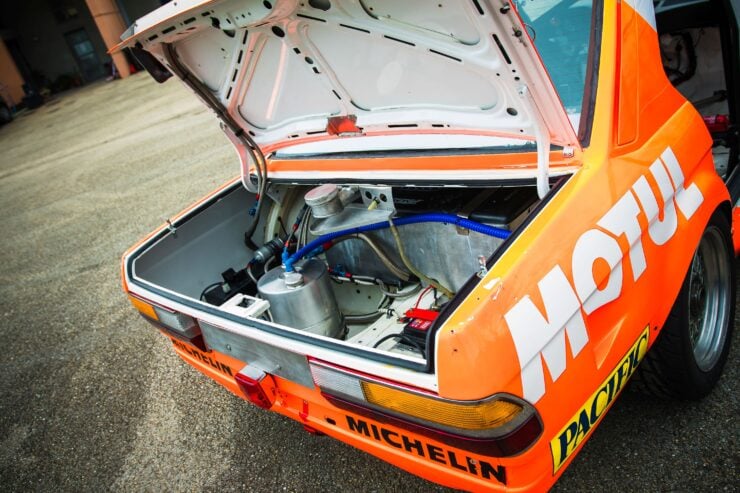 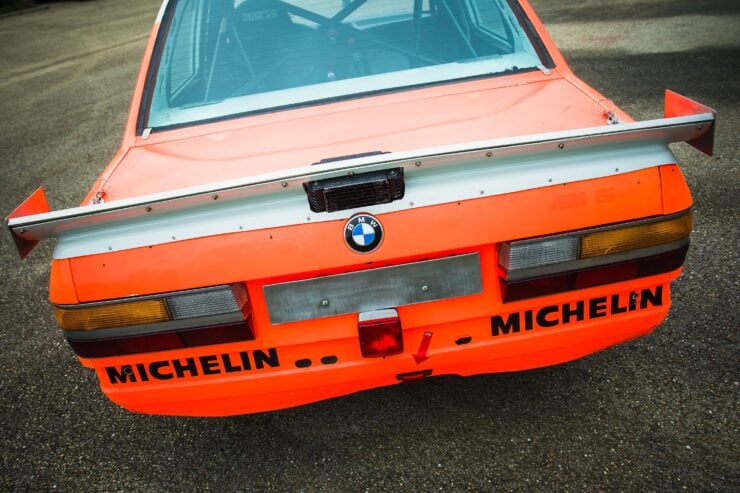 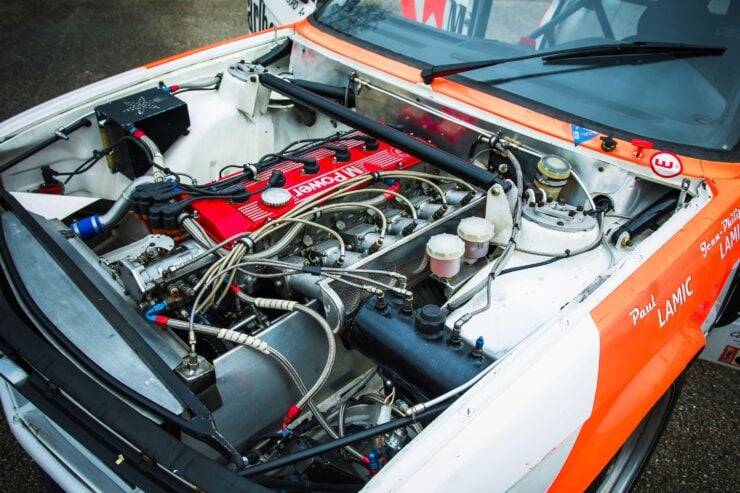 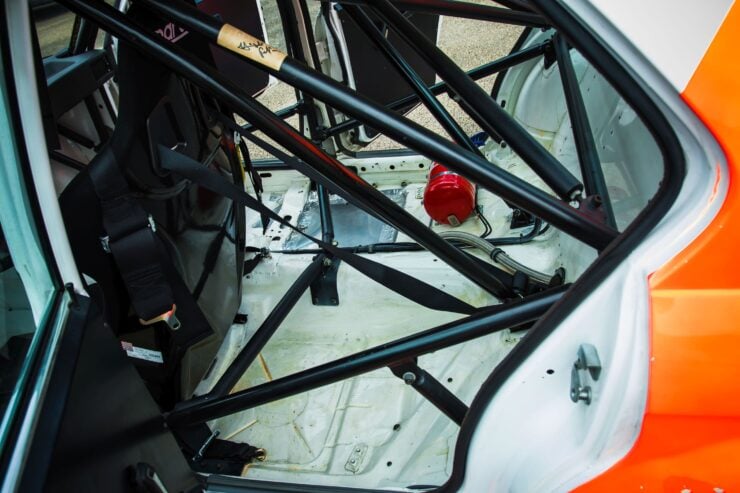 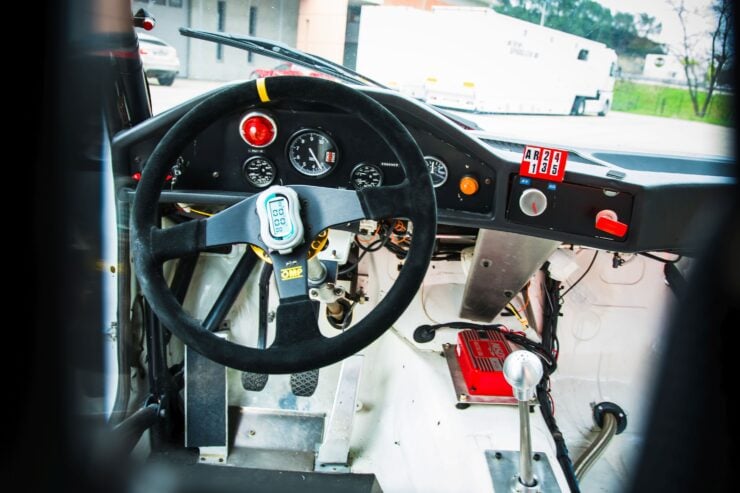 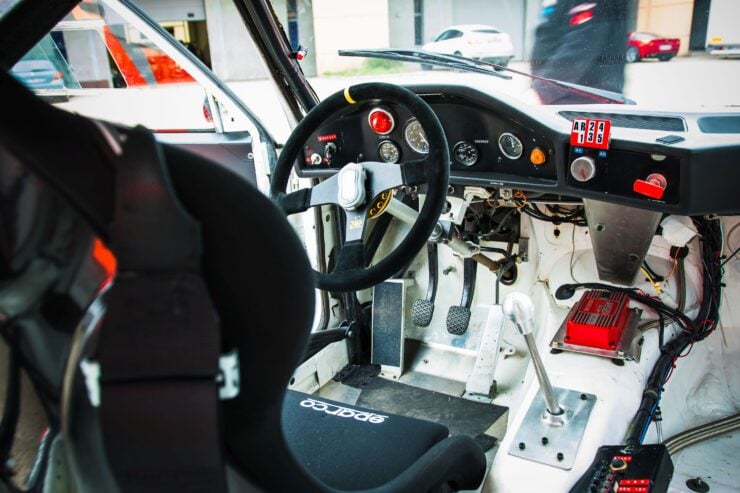