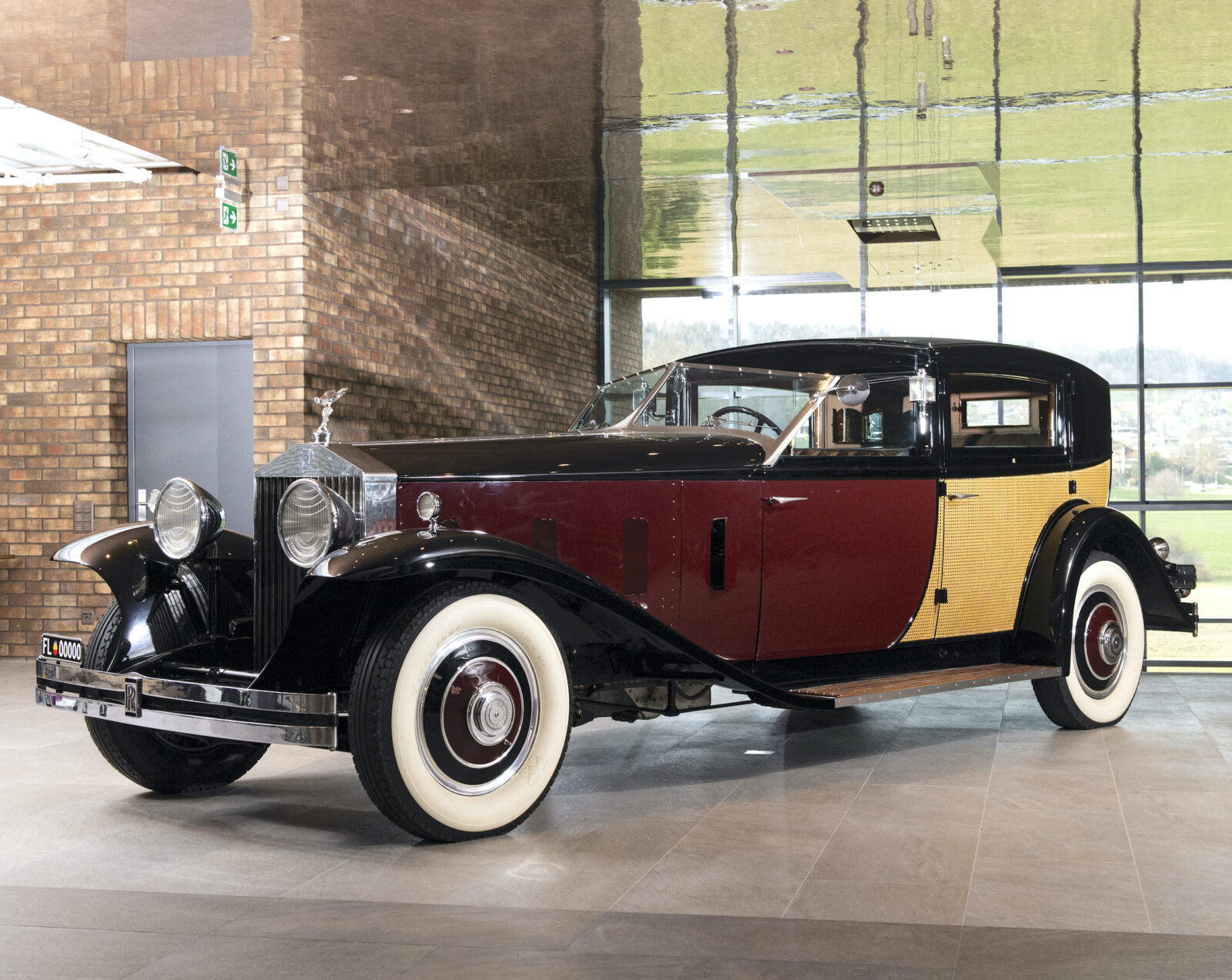 The Rolls-Royce you see here is a one-off build that was tailor made for American architect C. Mathews Dick in the early 1930s by famed American coachbuilding company Brewster & Co.

C. Mathews was the son of mimeograph magnate A.B. Dick, and as a result he was a multi-millionaire in 1930s dollars, and so when it came to cars, money really was no object.

C. Mathews Dick felt that his wife, Catherine Garnett Crossan, deserved a car with the same grace, elegance, and style that she possessed, so he approached Brewster with an idea. The renowned coachbuilders at Brewster enjoyed an excellent relationship with Rolls-Royce, they were one of the leading American suppliers of bodies for Rolls-Royce chassis. As a result of this relationship they were able to secure a desirable U.S. delivery, left-hand drive “AMS” Phantom II chassis which would form the foundation of this car.

The Rolls-Royce Phantom II was one of the most luxurious automobile platforms of its day, the British marque didn’t actually sell this model with a body pre-fitted, instead you bought the powered rolling chassis and then contracted your preferred coachbuilder to fashion you a body to suit your tastes. Some even had two bodies made, an open top one for summer and a tin top for winter, which would be swapped out when required as the seasons changed.

The Phantom II was powered by a 7.7 litre (468 cu. in.) straight-six, a physically large engine by any standard that required an unusually long hood. First released in 1929 the Phantom II engine featured two pushrod actuated overhead valves per cylinder, and a cross-flow cylinder head, with power sent to the rear axle via a 4-speed transmission with synchromesh on either the top two or top three gears from 1933 onwards. 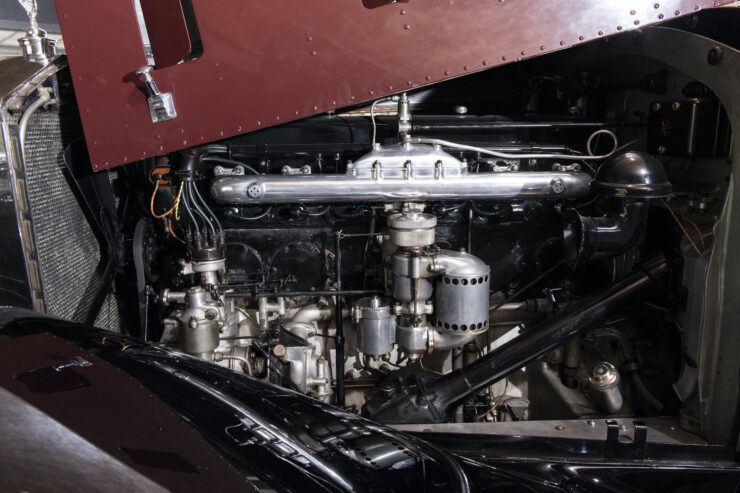 Above Image: The 7.7 litre (468 cu. in.) straight-six Rolls-Royce engine was more than capable of keeping pace with any similar automobile from the era.

Brewster & Co. was originally founded back in 1810 by James Brewster, decades before the first automobile would be invented. At first the company made horse drawn carriages, they quickly established a reputation for building America’s finest, and once the automobile arrived on the scene they began to body them starting in 1896 – interestingly the first car they bodied was an electric.

As one of the best coachbuilders in the world Brewster and Rolls-Royce naturally gravitated towards each other and developed a special relationship all these years later there are still many Brewster-bodied Rolls-Royces around and they’re highly sought after.

Sadly the ravages of the Great Depression would take a toll on the company and by 1935 bankruptcy proceedings had begun.

The car you see here uses the coupé de ville body style, otherwise known as the sedanca de ville, it’s characterized by the driver’s section up front being exposed to the elements with an enclosed cabin behind him for the passengers. 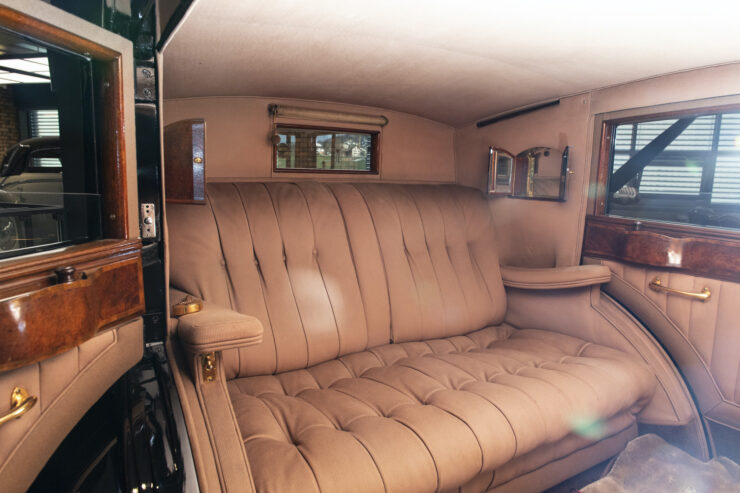 Above Image: As you would expect the interior of the car is opulently appointed, there are even adjustable heaters in the floor to keep the passenger’s feet warm.

This body style was first used on horse-drawn carriages where the coachman would sit up high out front, offering him the best possible visibility and ensuring that he could also hear everything going on around him – an important ability in busy towns and cities with a lot of traffic.

In the early parts of the 20th century many coachbuilt cars used this same layout including the car you see here, though often with the addition of windscreens and retractable roofs to protect the driver from weather and road detritus.

The beautiful design work completed by Brewster is on par with anything that was coming out of Europe at the time, with a sharply raked, vee’d windshield at the end of that long hood, followed by the opulent rear passenger compartment. Every aspect of the design was carefully considered, there are even small art deco foot heaters in the cabin to keep people comfortable during the bitingly cold winters of the North East. 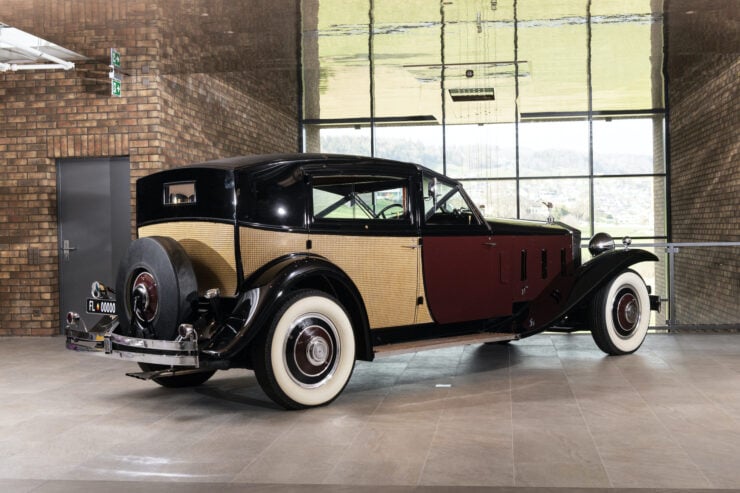 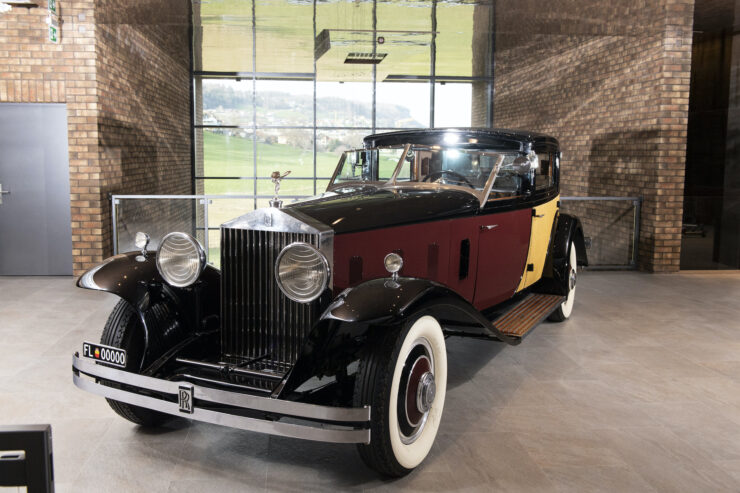 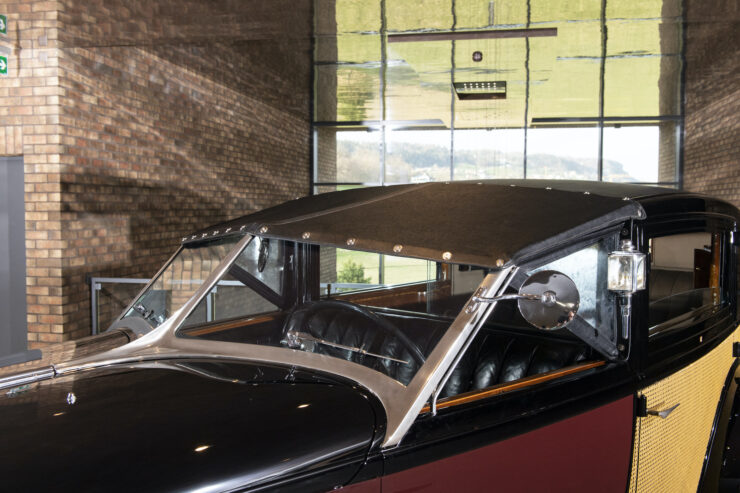 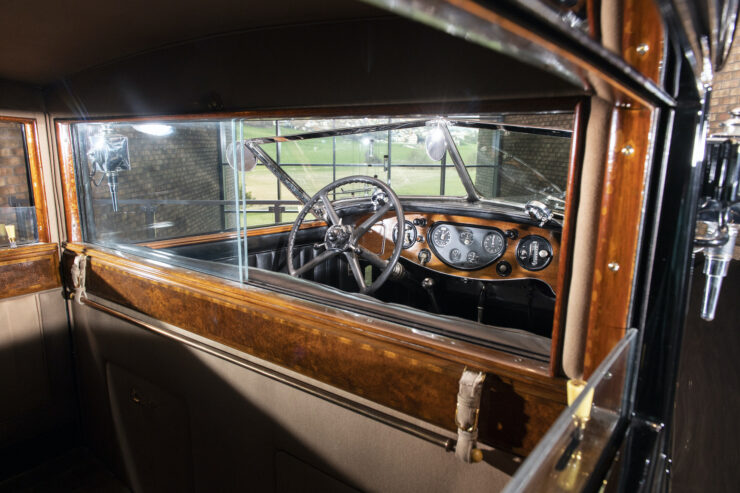 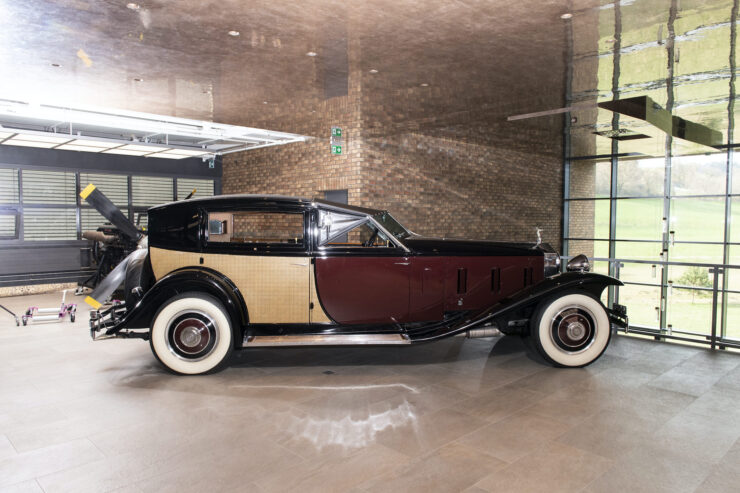 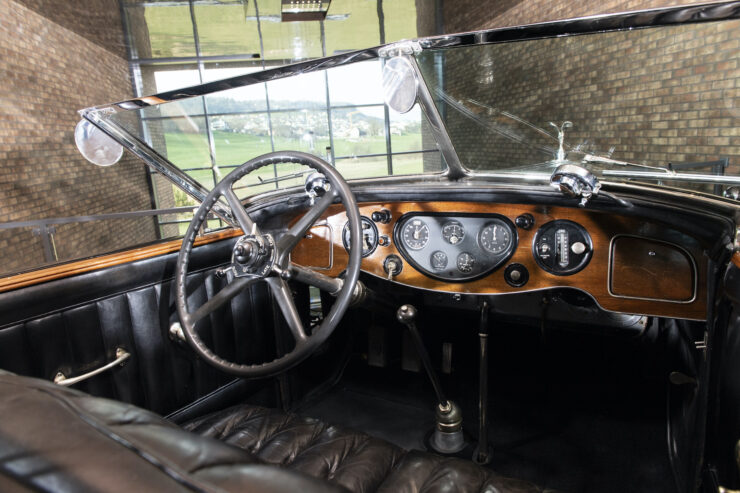 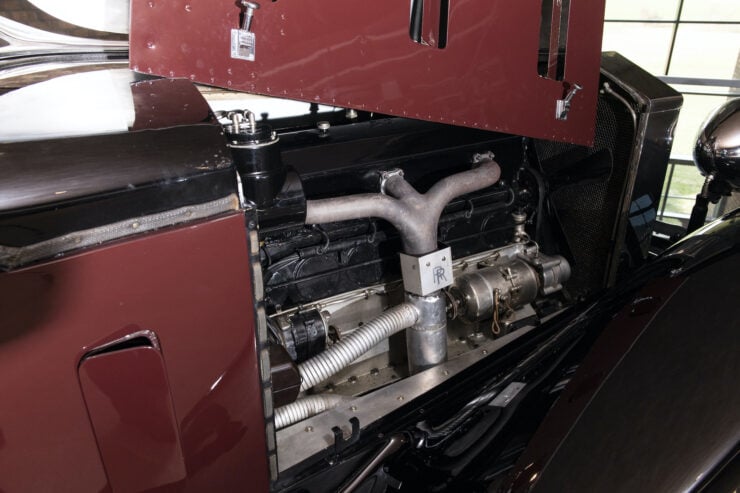