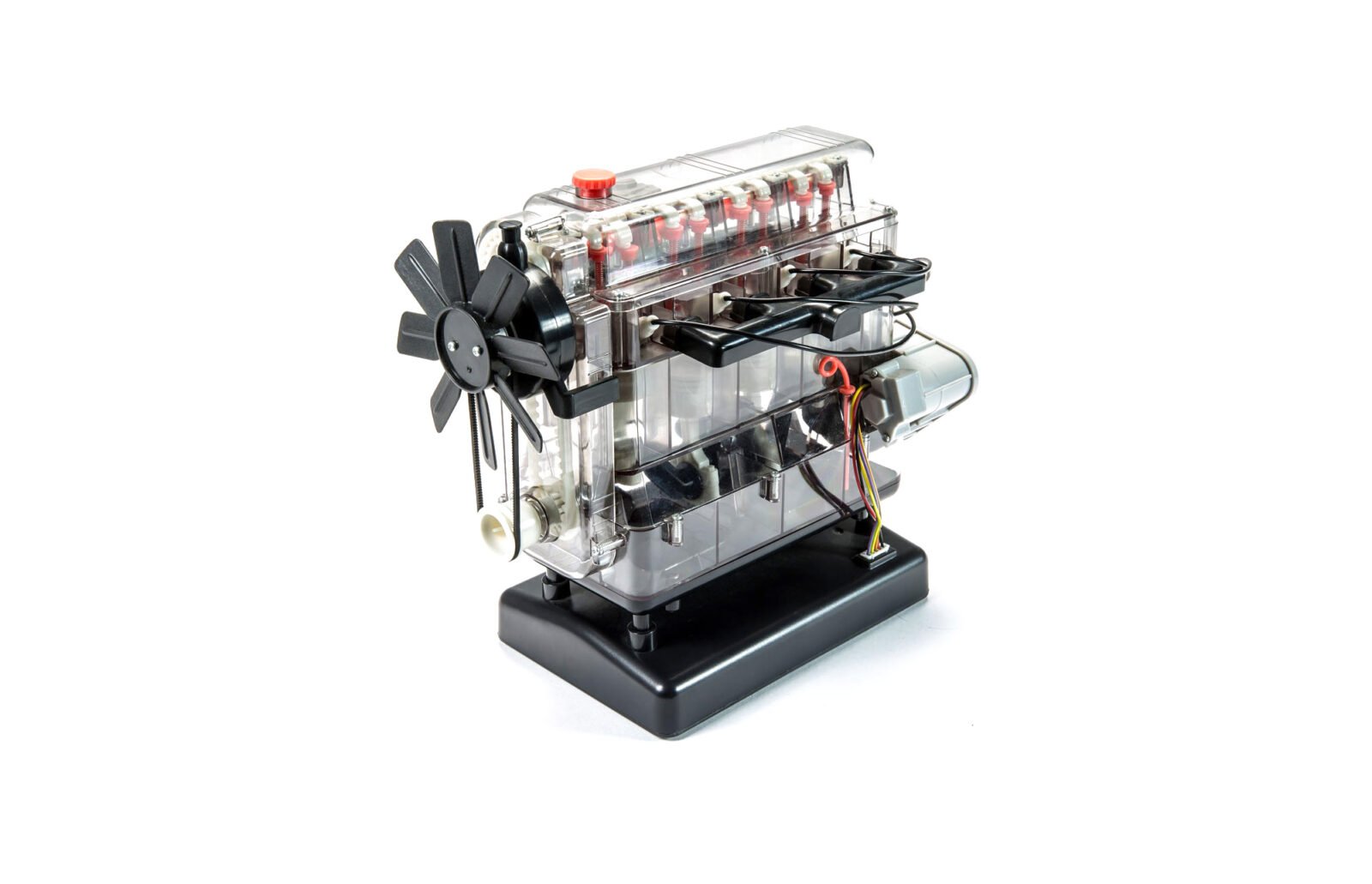 The Airfix Combustion Engine Kit is a model engine powered by batteries that has red lights in the spark plugs to show firing order. It works mechanically just like a real engine, with a crankshaft and cam, conrods and pistons, rocker arms and valves.

It’s driven by a small electric motor that requires 3 x AA batteries and it’s recommended for people from 8 to 18 years of age – although if you’d like to brush up on your working knowledge of how engines function, this kit is an ideal refresher for age groups over 18 also.

The kit includes 100 parts and it comes with a screwdriver, assembly time varies depending on the skill and experience of the model builder, though most people from age 10 up can do it largely independently by following the instructions. 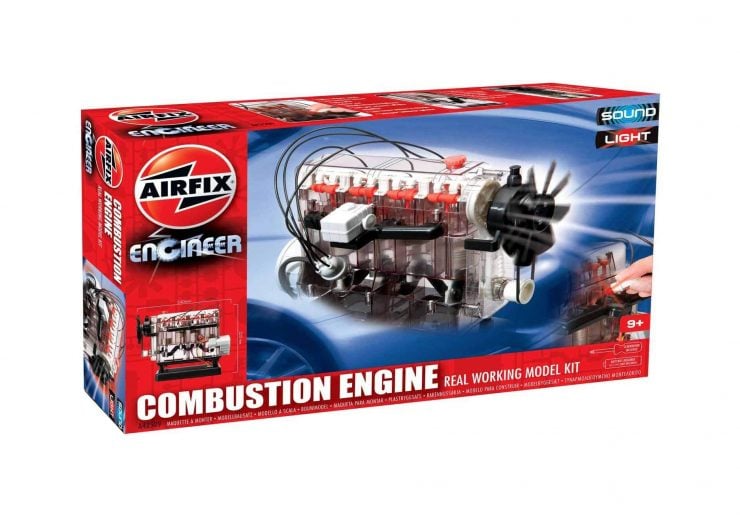