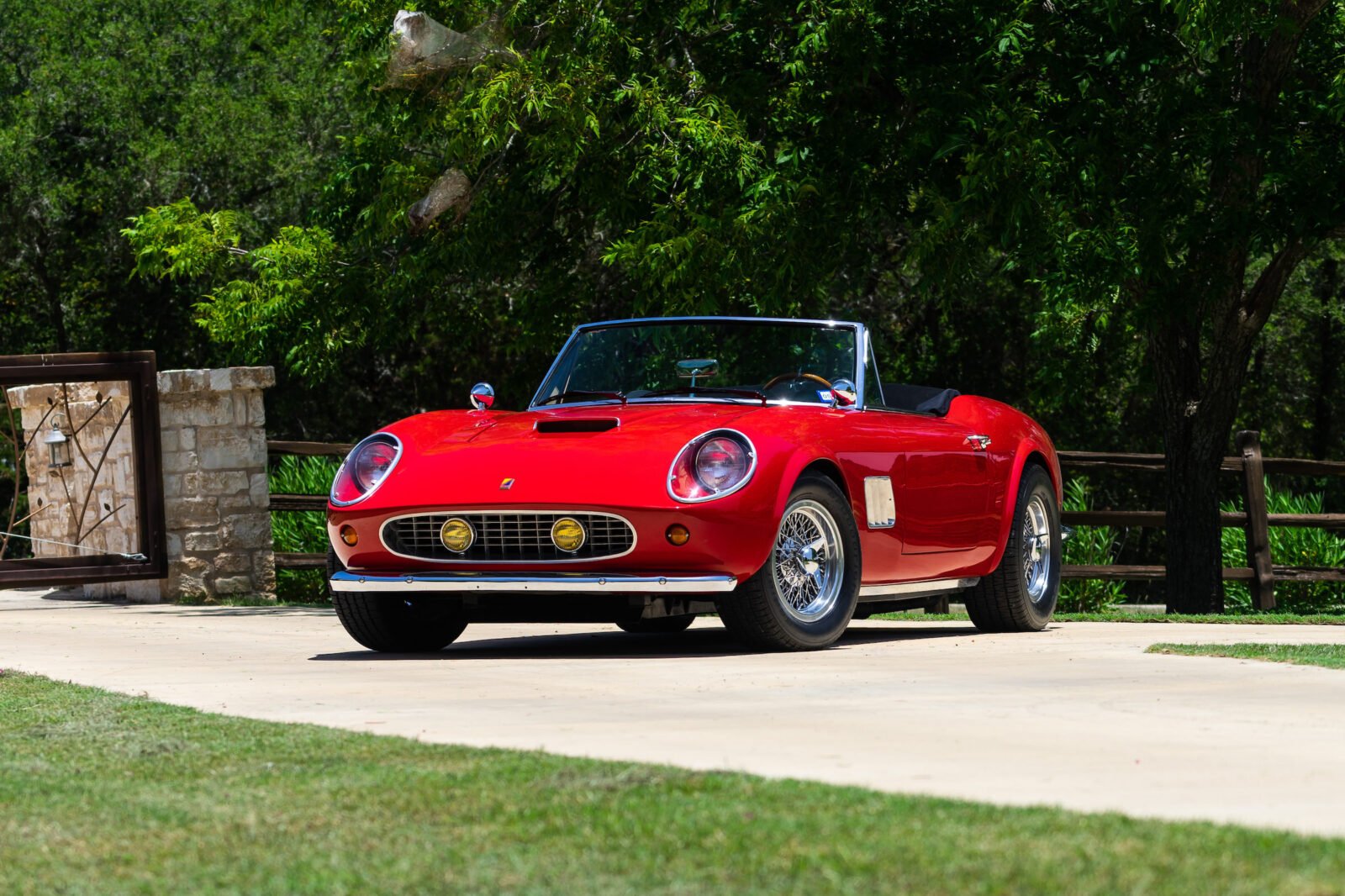 The car used in the seminal 1986 film Ferris Bueller’s Day Off is widely thought to be a 1961 Ferrari 250 GT California. This is because it looks an awful lot like one, and because it’s literally described in the film as such: “The 1961 Ferrari 250 GT California. Less than 100 were made. My father spent three years restoring this car. It is his love. It is his passion.”

Even though the prices on original examples of the Ferrari 250 GT California were multiple orders of magnitude less than they are today, they still weren’t cheap in 1986. The solution was to use a far less expensive American-made Modena GT Spyder California for almost all filming, and a real Ferrari for close-up shots. 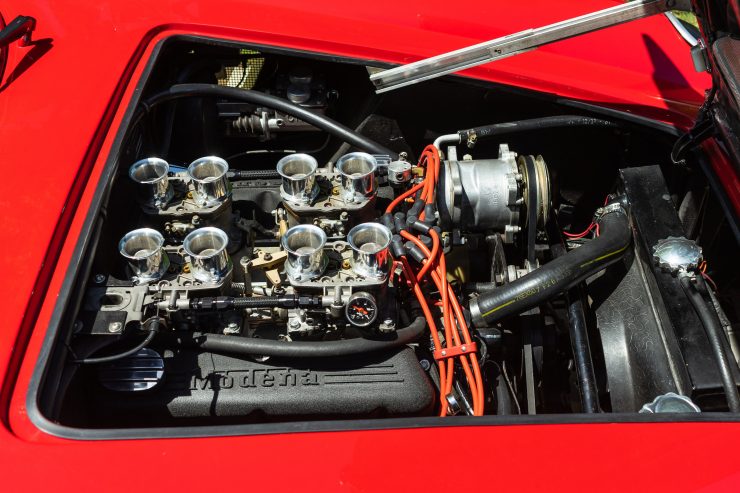 The use of the Modena GT Spyder California in the filming of Ferris Bueller’s Day Off came about entirely by accident. The magazine Car and Driver had written a glowing article about the Modena, explaining that the car handled far better than most sports cars, and the magazine somehow ended up on the desk of the film’s writer/director John Hughes.

Hughes had initially intended to use a Mercedes for the film, possibly a 500SL. Eventually the only two cars left on the short list were the Modena GT Spyder California and the Porsche 911 Turbo. Hughes called Neil Glassmoyer at Modena and explained that he needed to see a car to perhaps use it in a forthcoming feature film, and Neil hung up on him. He had thought it was a practical joke.

Fortunately Hughes called him back and convinced him he was the real deal, and arranged to have Neil bring the car to the studio office. Once Hughes saw it in person he knew it was the right car, it was a decision that would shoot the small American replica car maker into the global spotlight.

Once the deal was signed, Mark Goyette and Neil Glassmoyer had just 4 weeks to build two and a half cars. Two for identical cars for filming duties and one rolling shell for the famous scene where the car rolls backwards out of the window.

The good handling of the Modena was partially down to the chassis, it was a rectangular steel tube frame designed by Indy car maker Bob Webb – the same guy who’d worked on Roger Penske’s Zerex Special. Unlike many period kit cars, the Modena wasn’t based on a Datsun 240Z or a Fiero, it was a bespoke car from the ground up.

Under the hood there was a high-performance 289 cubic inch Ford V8 mounted to a 5-speed transmission, the engine was fitted with four downdraft carburetors, and it had valve covers that featured the name “Modena” using the Ferrari font. This engine was capable of 195 hp and 258 lb ft of torque, doubtless giving the car spritely acceleration figures due to the low kerb weight, partially thanks to its fiberglass body.

The decision to use the Modena GT Spyder California during filming was both a blessing and a curse for the small company. Their cars became icons in their own right, something very rarely enjoyed by replicas, but the fame resulted in the company being shutdown by Ferrari. Decades later in 2018 Modena was inducted into Smithsonian Historical Vehicle Association Hall of Fame as just the 22nd inductee – largely based on the iconic nature of the car’s appearances throughout the film. 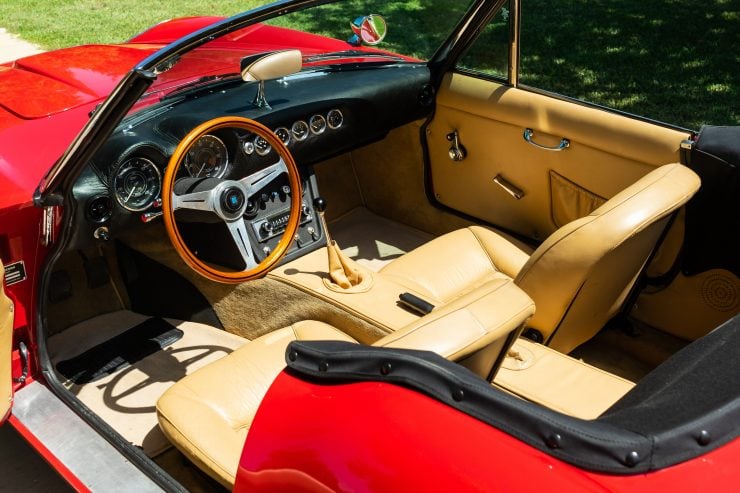 Ferris Bueller’s Day Off was released in 1986, it had been filmed on a budget of just $5.8 million dollars, but it would go on to be one of the great success stories of the decade, eventually bringing in over $70 million in theaters and earning itself a place in the pantheon of great films.

It’s hard to know if the film would have been quite so famous if it wasn’t for the bright red Ferrari (technically a Faux-rrari) that features extensively throughout. We do know that many young men (and women) fell in love with the car on sight, and despite the fact that it’s not a real Ferrari, it did absolutely no harm at all to the Italian marque’s reputation in the USA.

The car you see here is one of the two used during filming, not including the rolling body shell which ended up on the wall of Planet Hollywood in Cancun.

This car was given a comprehensive nine month refresh at the hands of Modena company co-founder Neil Glassmoyer, it’s now presented in remarkably good condition throughout, so good that many would be unable to tell it apart from the real thing if it weren’t for the different badges.

Given this films cinematic history it’s likely that it’s the only replica in the world that would attract more attention at a car show than the real thing. If you’d like to read about it or register to bid you can click here to visit the listing on Mecum. 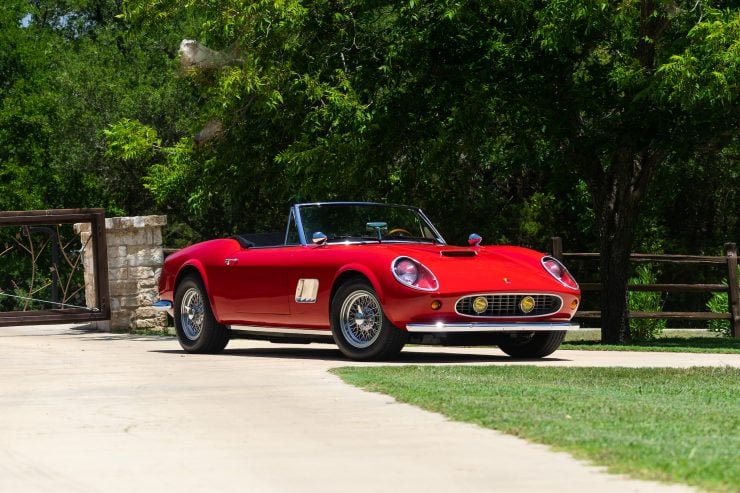 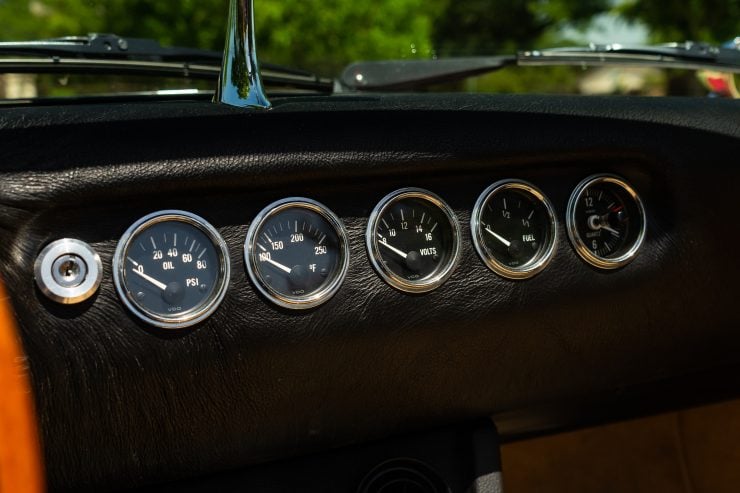 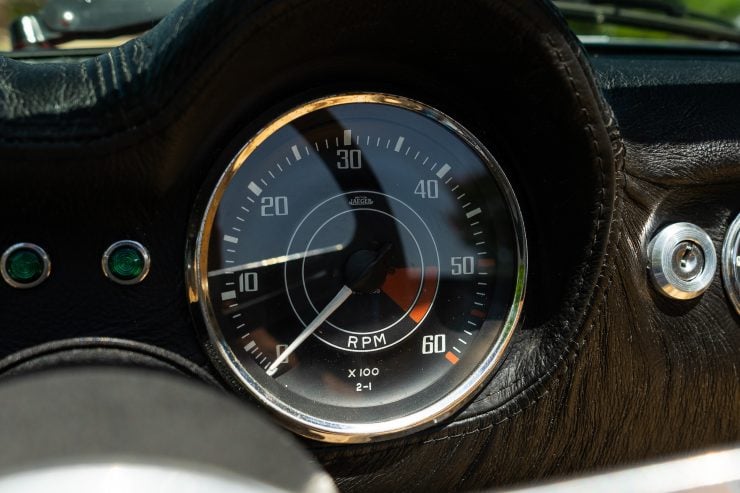 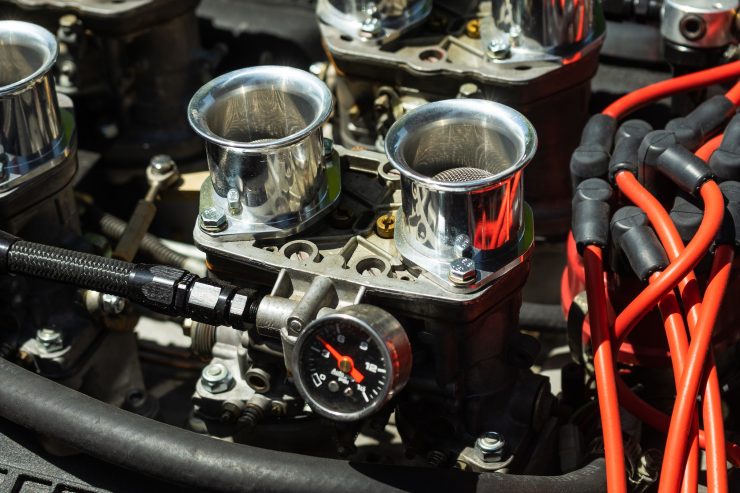 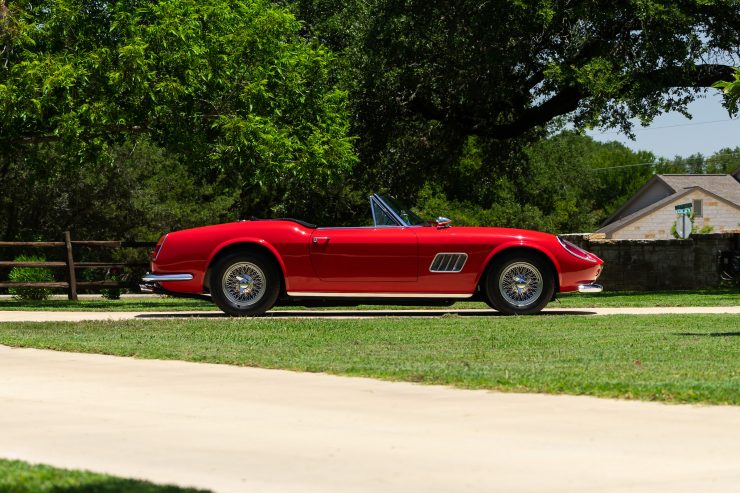 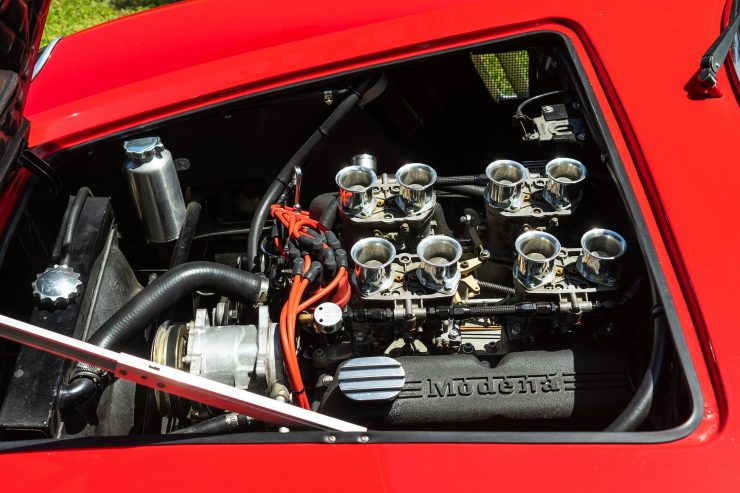 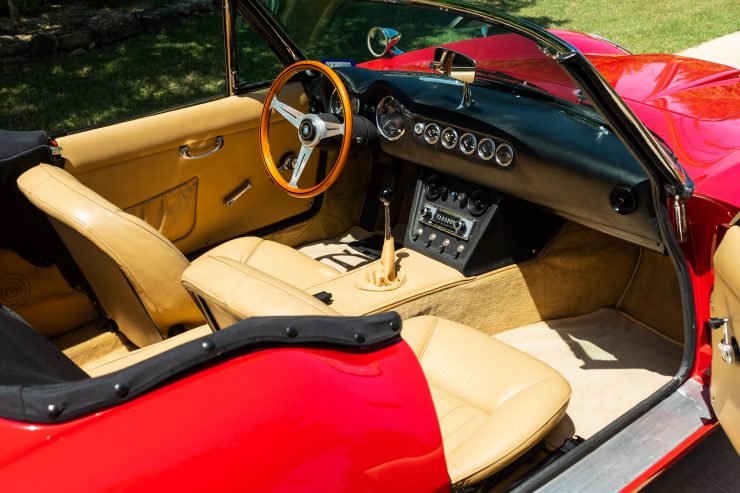 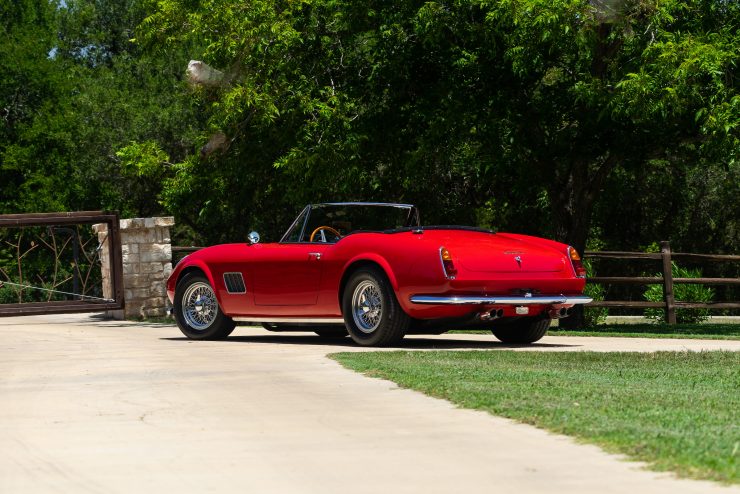 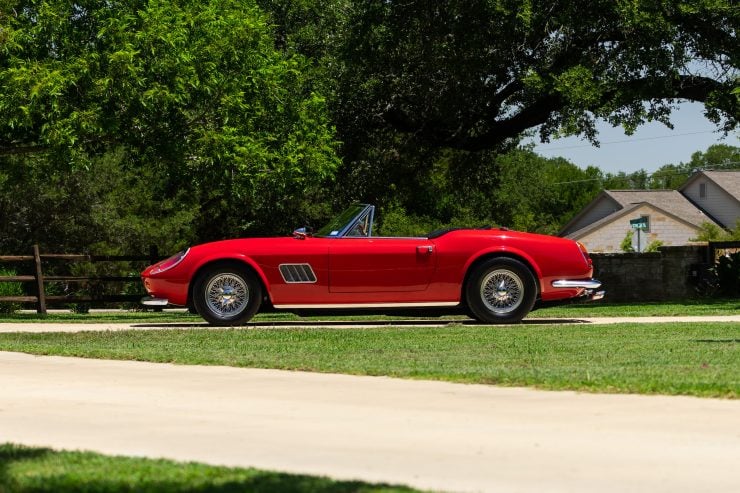 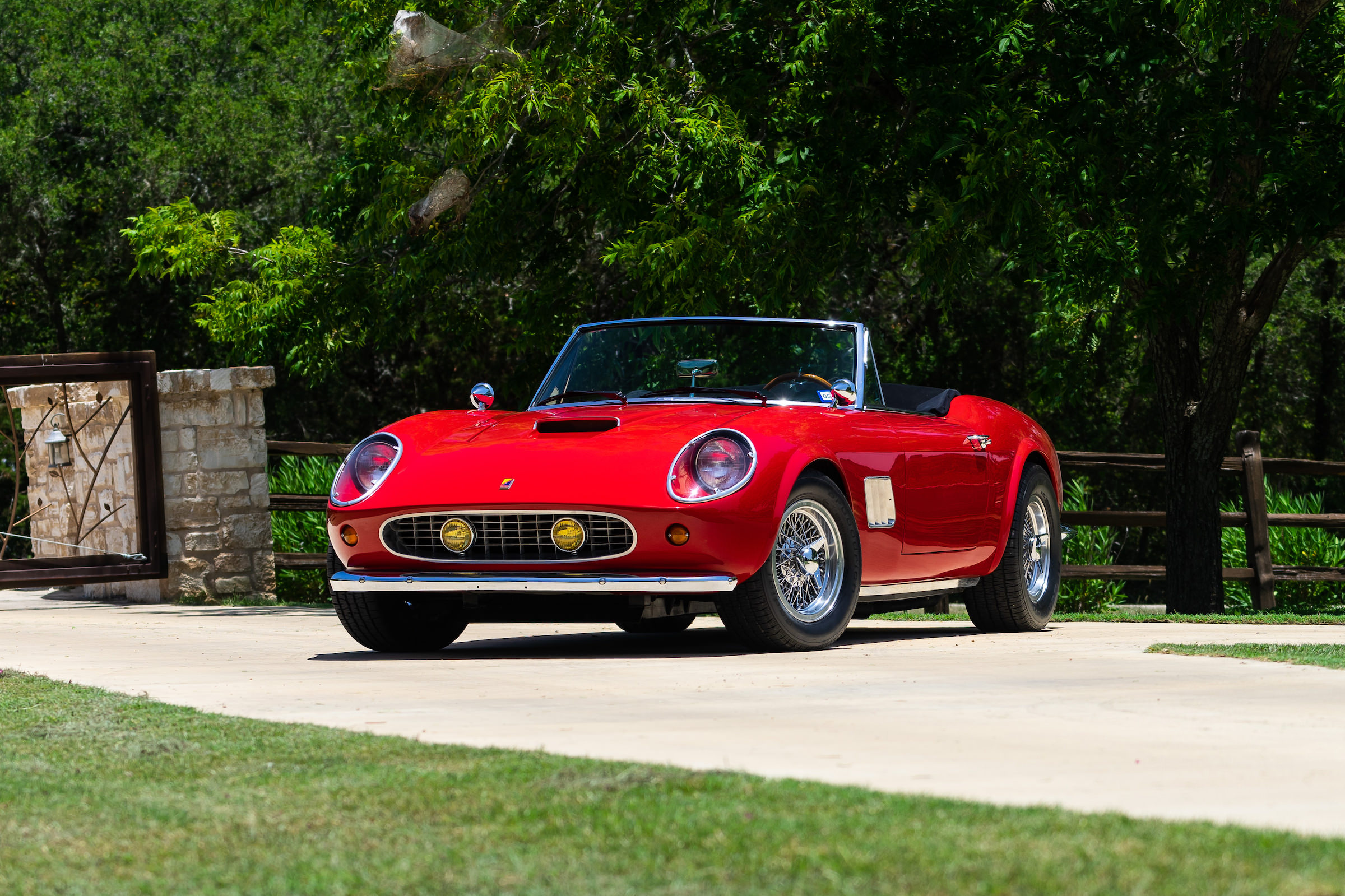