The Yamaha XS650 is quite a remarkable motorcycle, the parallel twin engine started life as a 500cc unit in the Hosk SOHC twin that first entered production in 1955. It was a relatively advanced engine design for the time, overhead cams weren’t common on motorcycles and unit construction was still a somewhat rare thing to see on a production bike.

Five years after the engine went into production, Hosk was acquired by Showa Corporation, and a few years after that like a game of Russian nesting dolls, Showa was acquired by Yamaha. As it happens, Yamaha was looking for a modern parallel twin to challenge the dominant British bikes of the era, so when they came across the Hosk engine they quickly realised they could put it into production with minimal modifications and potentially have a winner on their hands.

Incredibly, the Yamaha XS650 would stay in production from 1968 till 1985. If you count the original release of the engine as the Hosk 500, that means this remarkable engine had a 30 year production life – with only relatively minor, incremental updates over time.

The tastefully customised XS650 you see here is the work of Anthony Mackenzie, an Australian national and the proprietor of Makarne Custom Motorcycles. He found the bike in a barn in the Australian state of Queensland, where it had been parked 15 years prior.

Anthony switched out the old oil and added a new battery, and amazingly, the bike fired up instantly. He rolled it into the van and took it back to the Makarne workshop, where he began the process of tearing it down for the rebuilt.

The frame was de-tabbed, the original points ignition was replaced with a PAMCO system, along with a new alternator, rectifier/regulator and a new Anti-Gravity lithium-ion battery. The original cast wheels were media blasted and powdercoated black, then shod with the ever popular Firestone Champion Deluxe tires.

A pair of motocross handlebars were then fitted, with Posh grips, and the mirrors were removed for a cleaner, sleeker look. Up front, the forks were rebuilt and a new set of gators were fitted, a custom seat was made and the original fuel tank was repainted and re-fitted.

Anthony wanted to keep the patina on the engine, as a testament to its barn find heritage, and I think it makes for quite an appealing look. If you’d like to see more from Anthony and Makarne Custom Motorcycles, you can click here to visit the website. 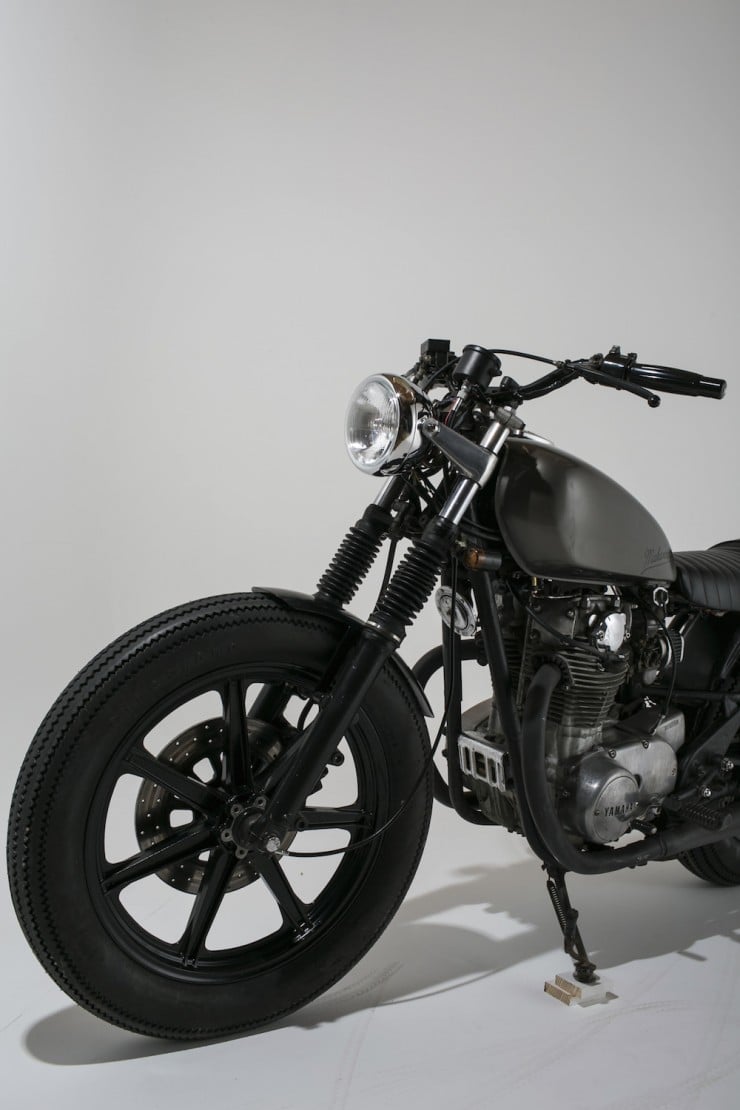 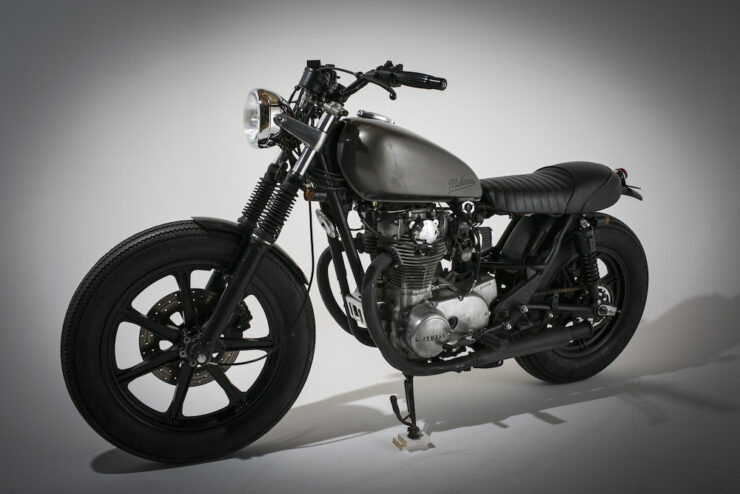 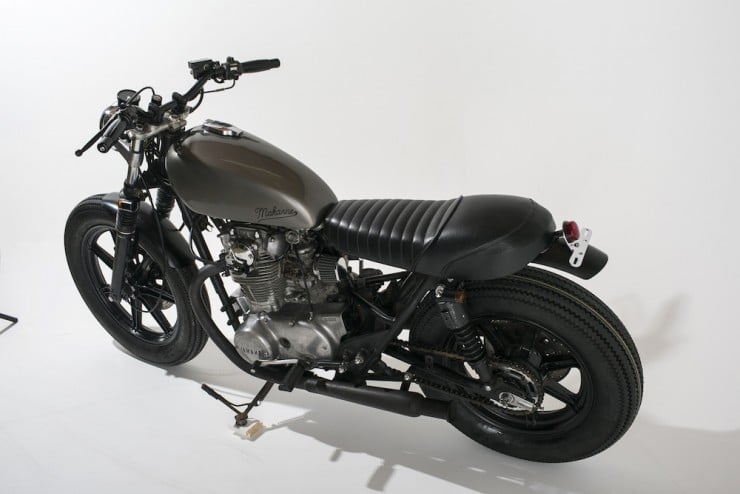 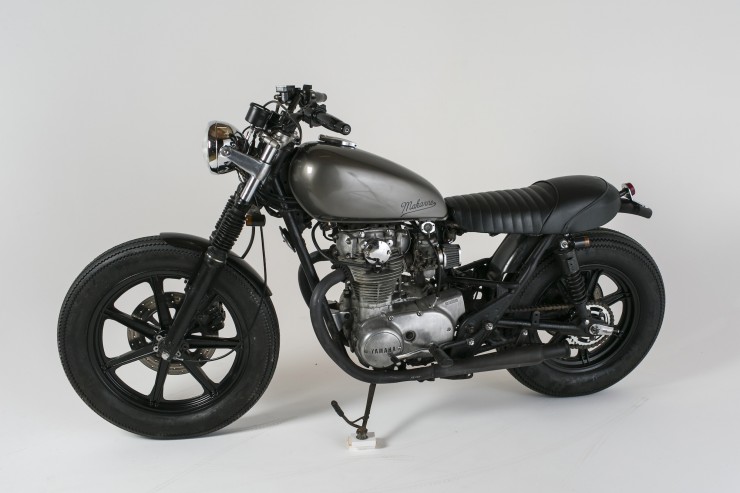 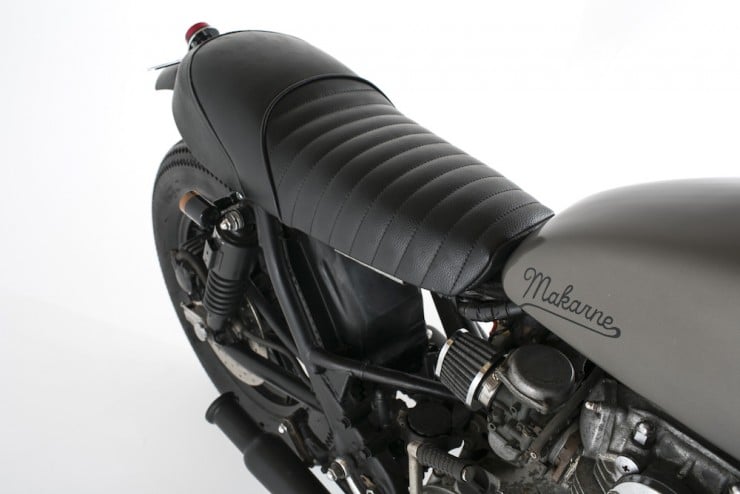 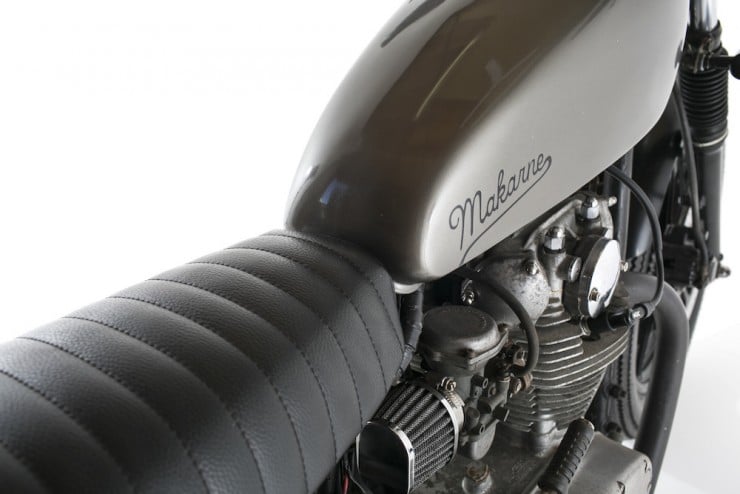 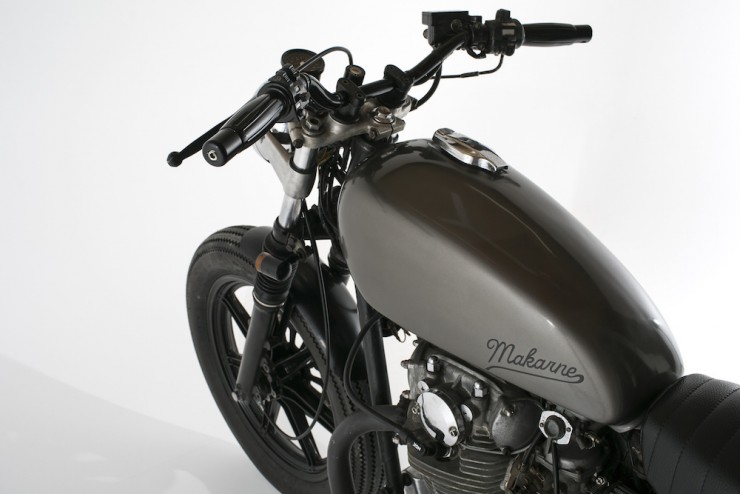 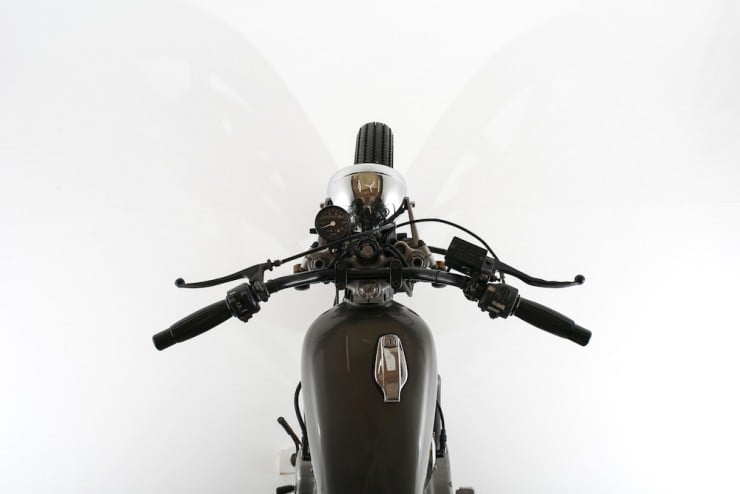 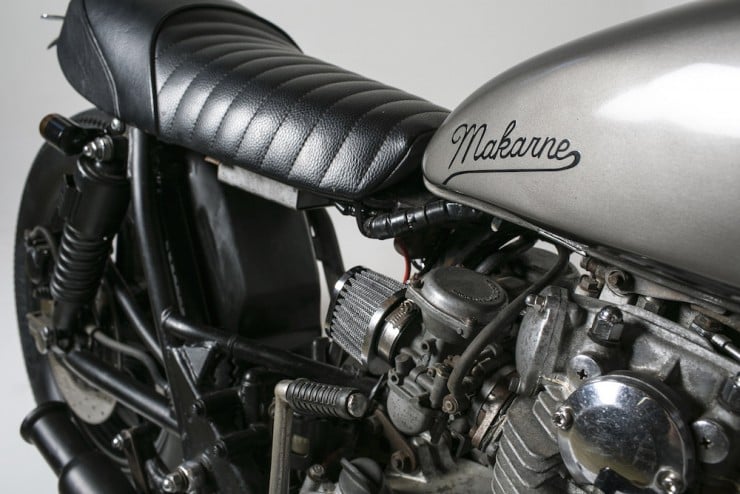 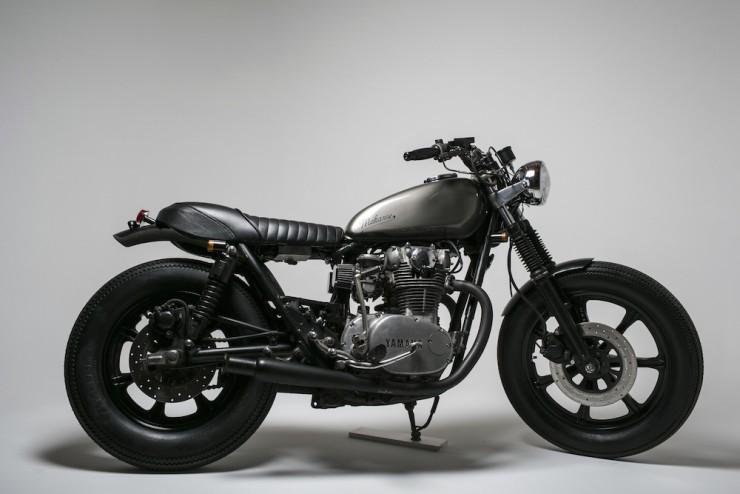 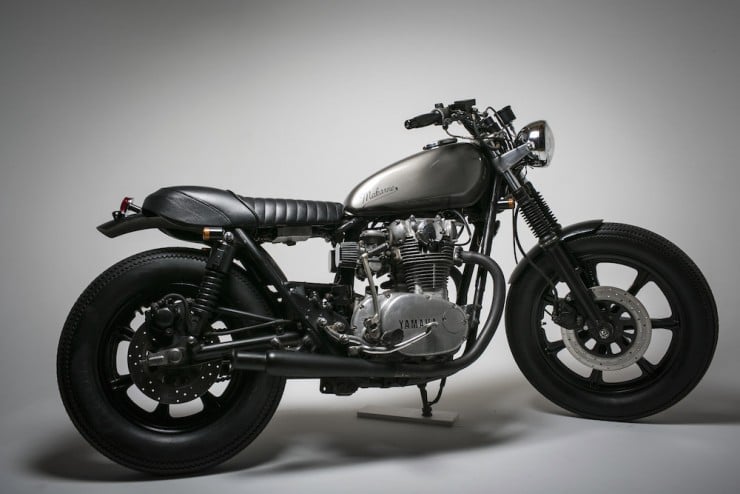 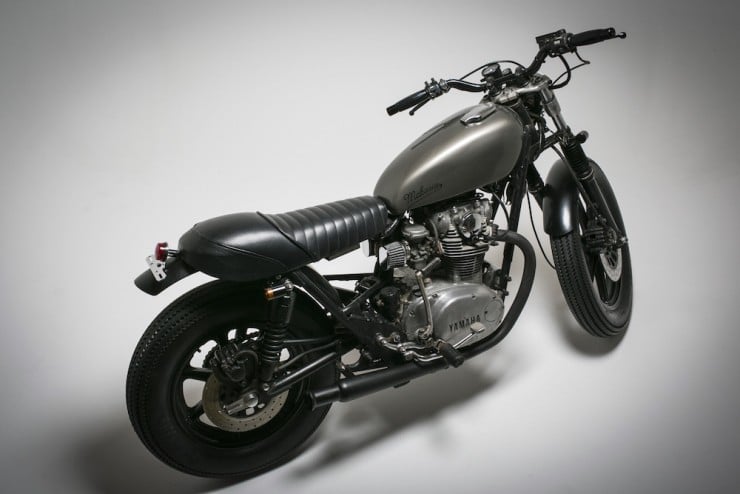 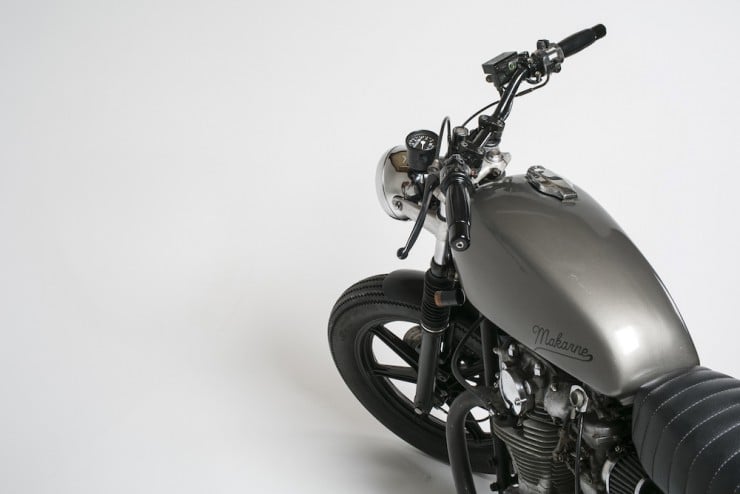 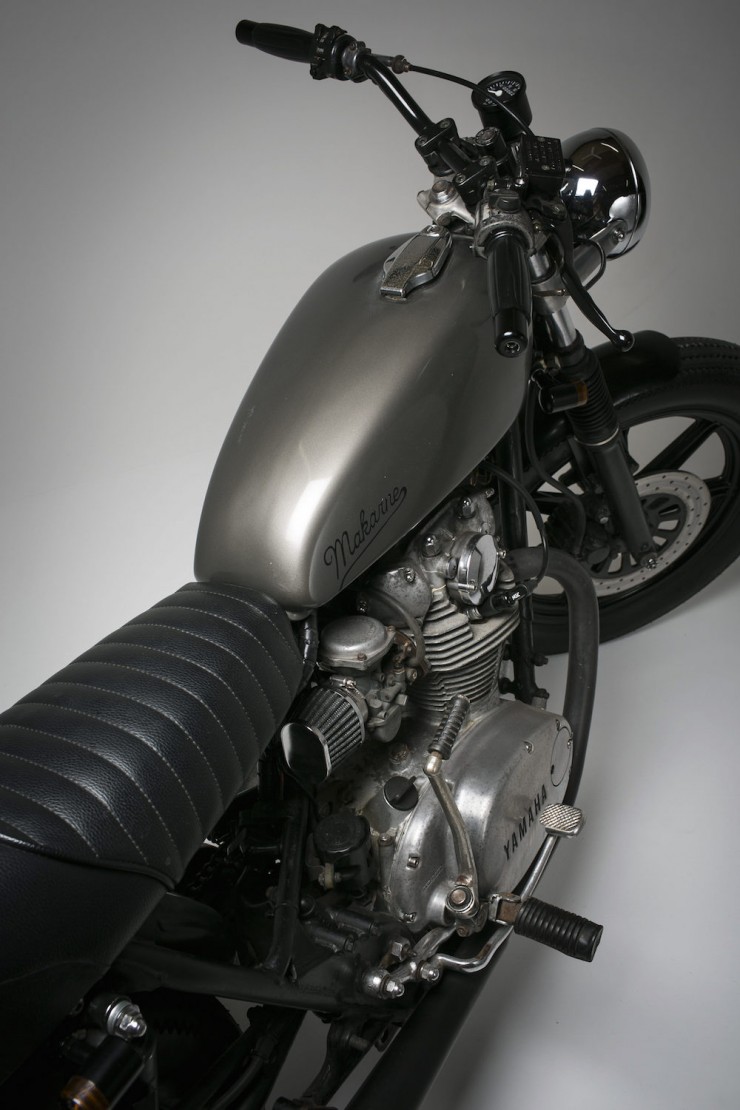 Published by Ben Branch - May 16th 2015
Related Posts
For Sale: An Australian Army Land Rover Perentie – The “Toughest Land Rover Ever Made”