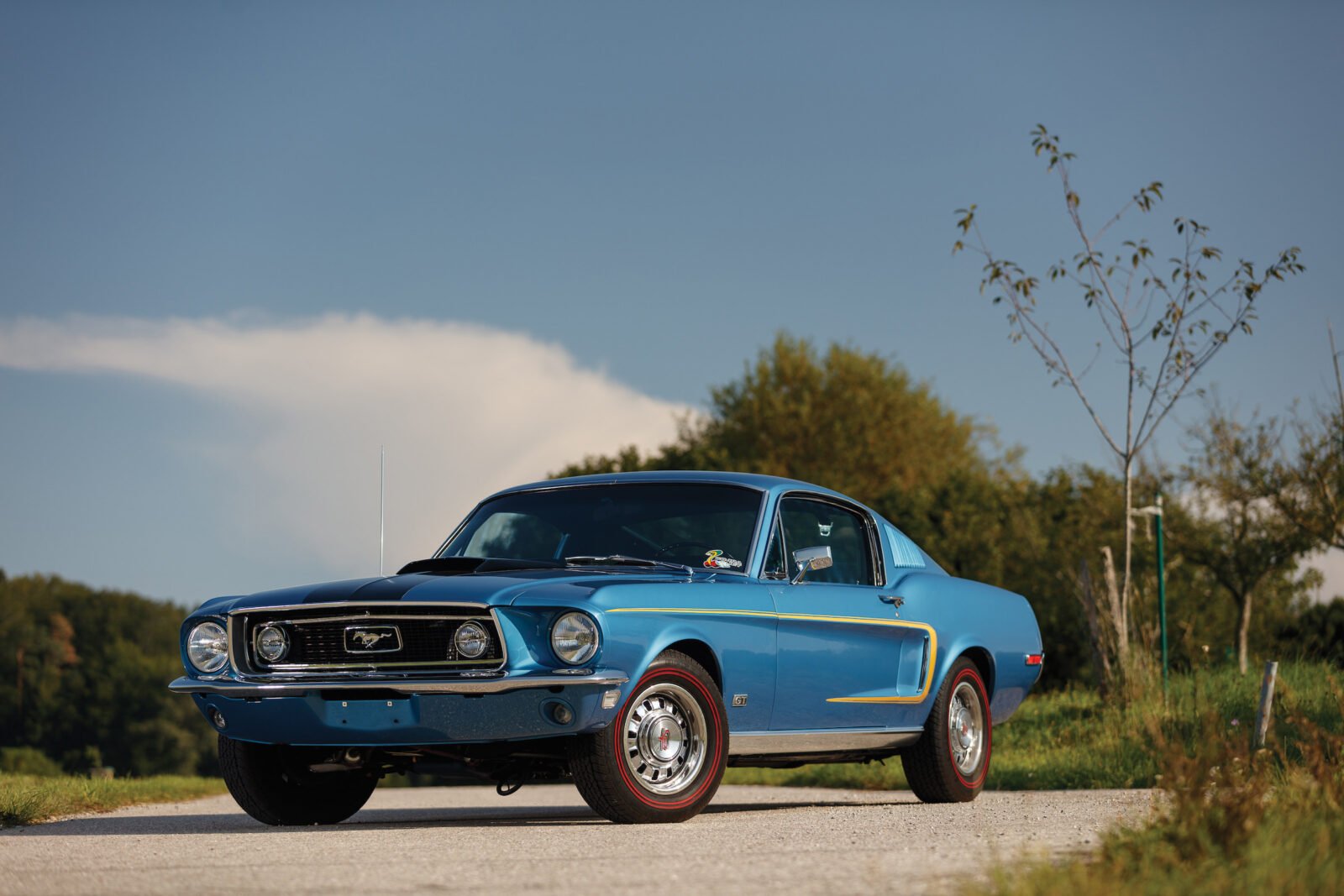 The Ford Mustang 428 Cobra Jet was Ford’s comeback king – a car built to reclaim the crown that had been taken by other manufacturers who had rushed to build their own pony cars, then rapidly developed them until they had faster and better value for money models than Ford’s own offerings.

Interestingly the mission to build the 428 cu. in. Mustang that would take on the 396 cu. in. Camaro, the 400 cu. in. Firebird, the 383 cu. in. Barracuda was dreamt up by the team at Tasca Ford in Rhode Island. Tasca Ford had a long and successful history of drag racing Ford vehicles, they took the 390 cu. in. Mustang that was owned by Bob Tasca Sr. and shoehorned a police interceptor 428 short-block V8 under the hood.

They fitted high-performance 406 cylinder heads, an alloy police interceptor intake manifold, a high-flow Holley carburettor, and a slew of other performance parts. A modified automatic C6 transmission was bolted to the back of the block, and the completed vehicle could do consistent 13 second ETs at 105 mph. 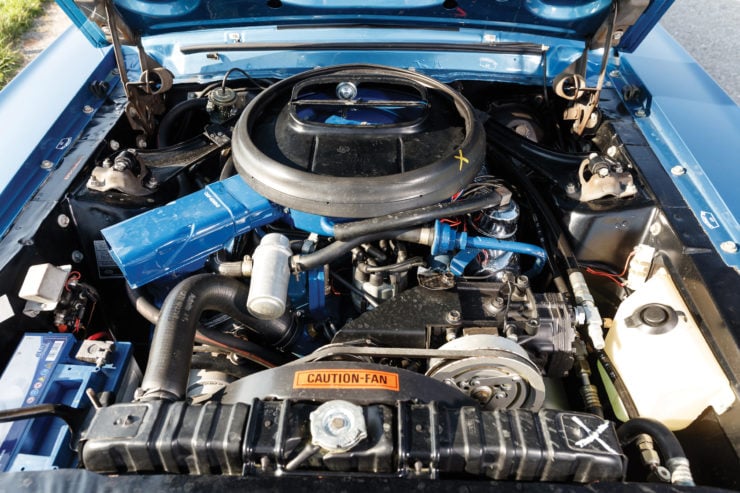 They were so impressed with their new creation that they took it to Dearborn to show the engineers and executives at Ford. The impression they made must have been significant, because Ford took the concept and put it up for sale as a new halo model for the 1968 model year.

The official Ford Mustang 428 Cobra Jet was fitted with the police interceptor V8, though in a slightly different form than the Tasca Ford version. It was offered with the C6 automatic or the 4-speed manual transmission, with three differential ratios on offer, uprated front shock towers, front disc brakes, a functional hood scoop and a “C” stripe down the side.

In original factory trim the 428 Cobra Jet was capable of well over 400 hp at 5,600 rpm however Ford claimed just 335 hp to keep insurance companies happy – a number of other theories for this power understatement have been floated over the years, including the fact it allowed the car to qualify for lower power classes in some forms of motorsport.

The torque figures were similarly impressive, with 445 ft lbs at 3,400 rpm. Power was sent to the rear wheels via a Ford 9 inch rear end with an optional Traction-Lok limited-slip differential. 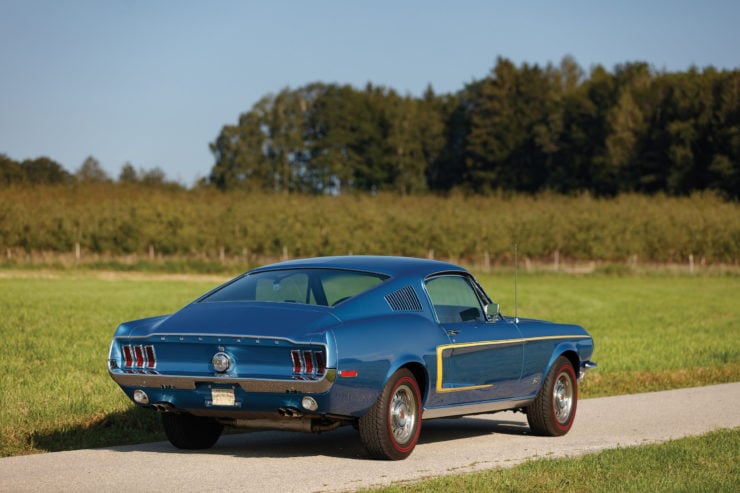 Ford would sell just 1,299 examples of the 428 Cobra Jet in 1968 including both manual and automatic variants. Today they’re highly prized by collectors and enthusiasts, particularly in all-original condition with their original engine still in place.

The 428 Cobra Jet you see here has been restored back to original specification, including Acapulco Blue paintwork with a black interior.

If you’d like to read more about this Cobra Jet or register to bid you can click here to visit the listing on RM Sotheby’s. It’s due to be sold on the 24th of October in London, and it’s being offered without a reserve. 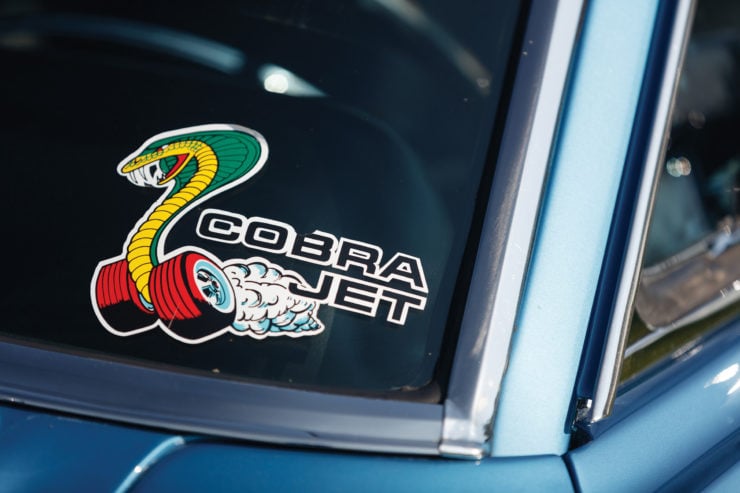 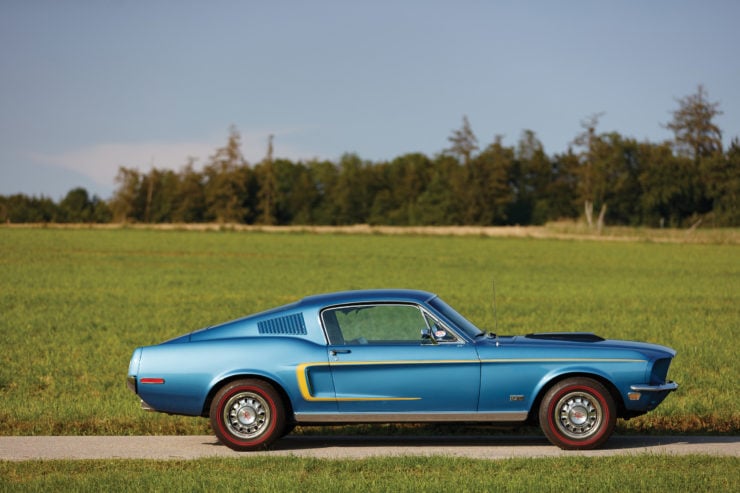 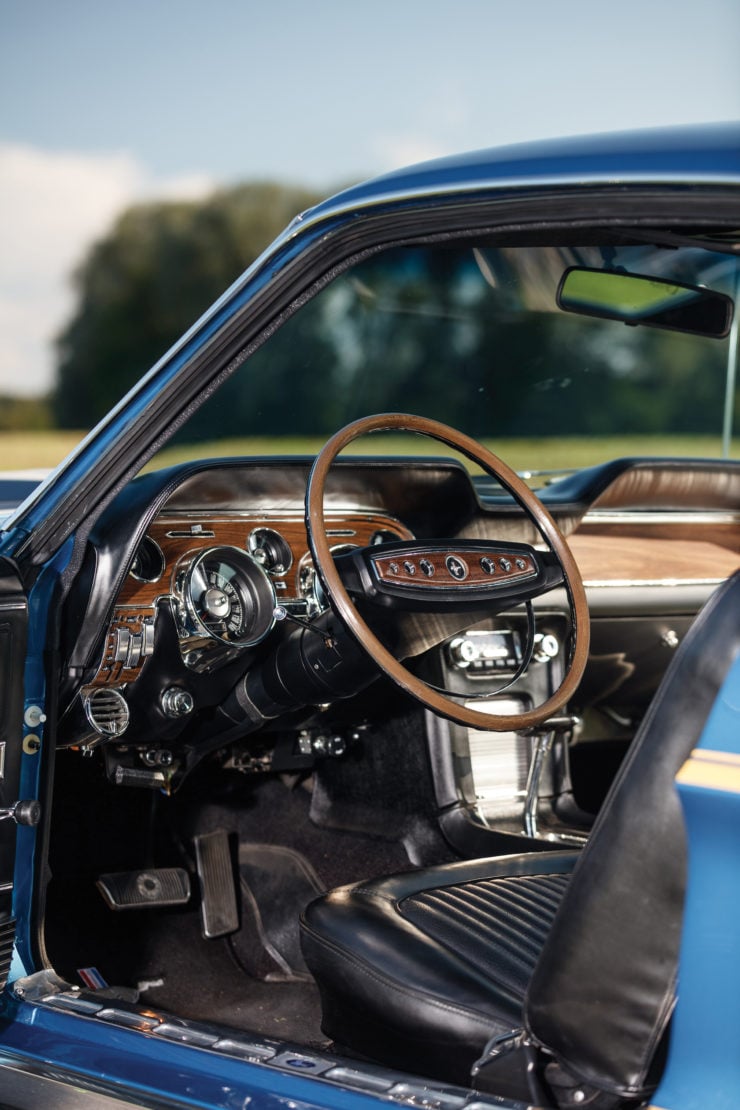 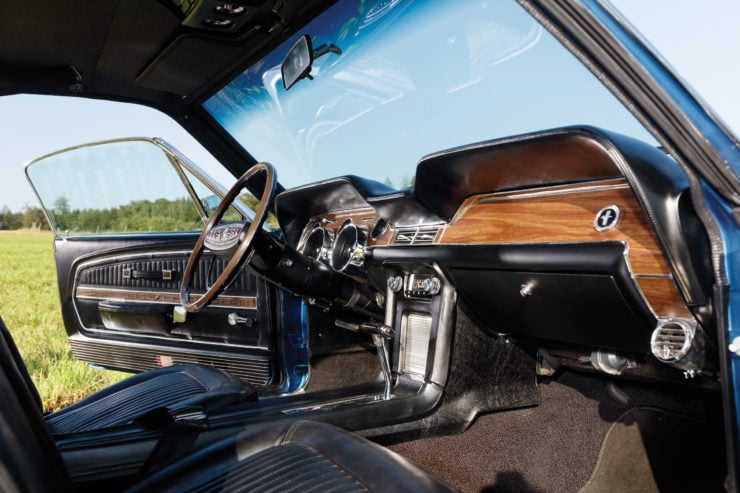 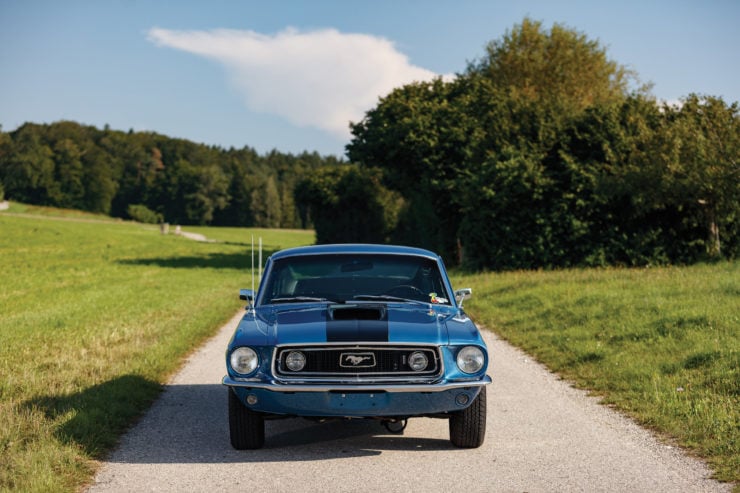 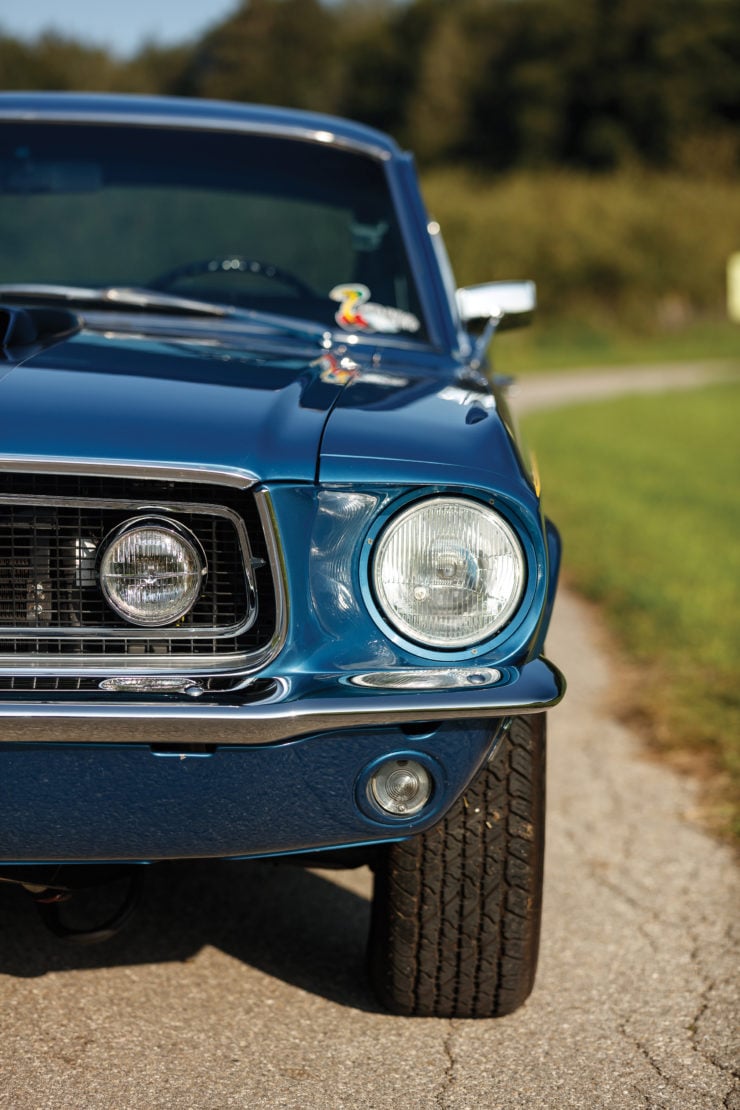 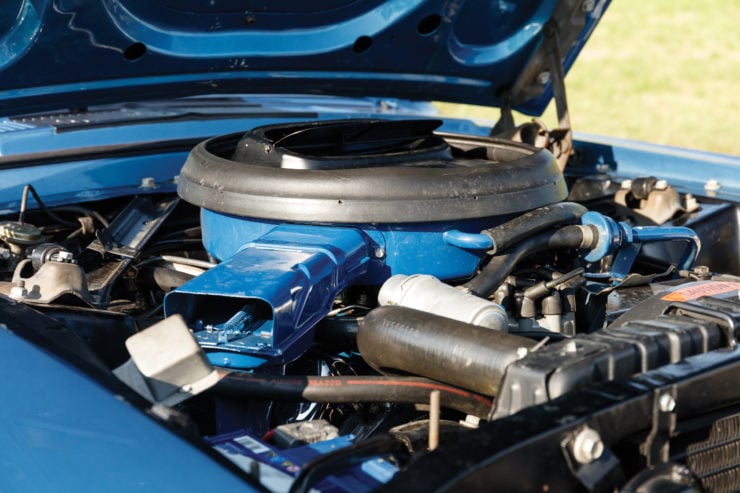 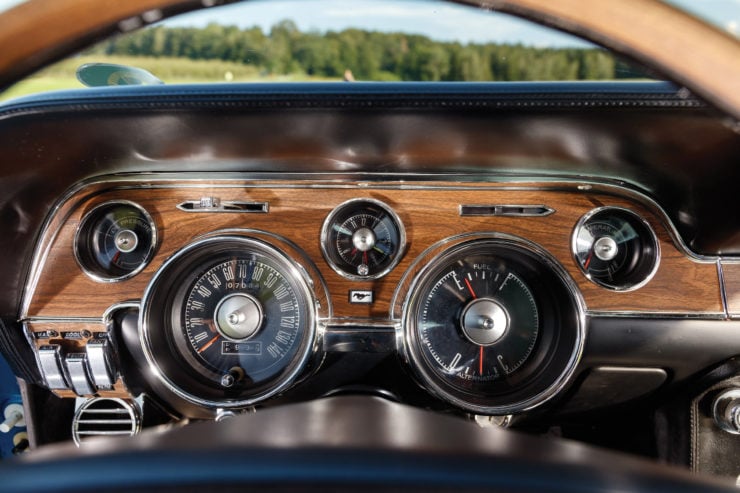 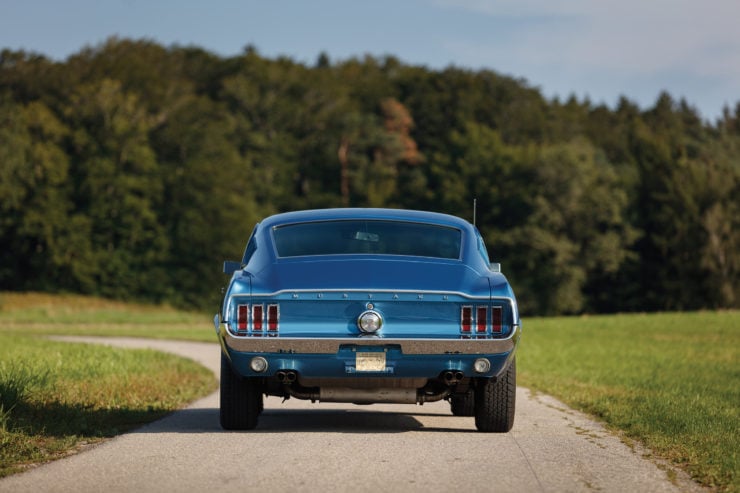 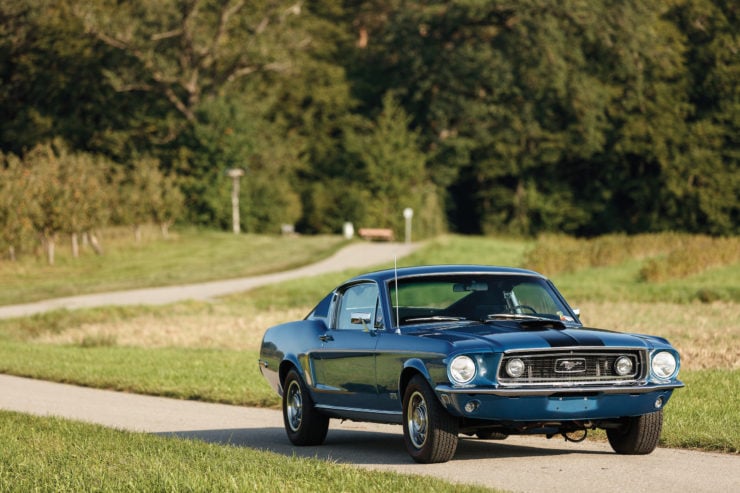 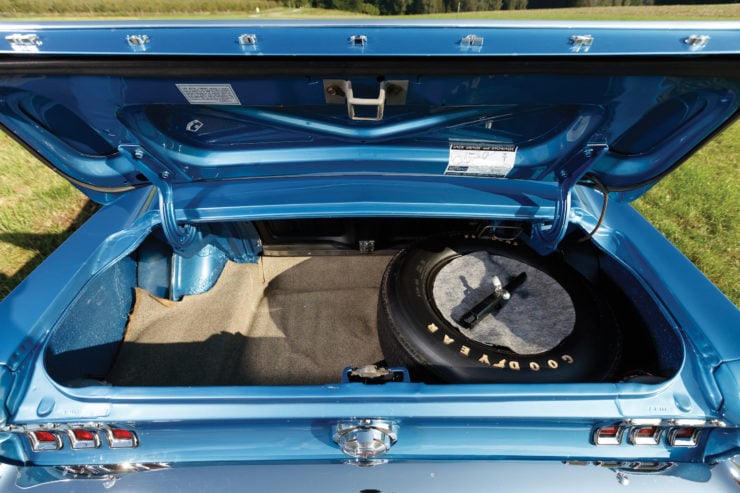 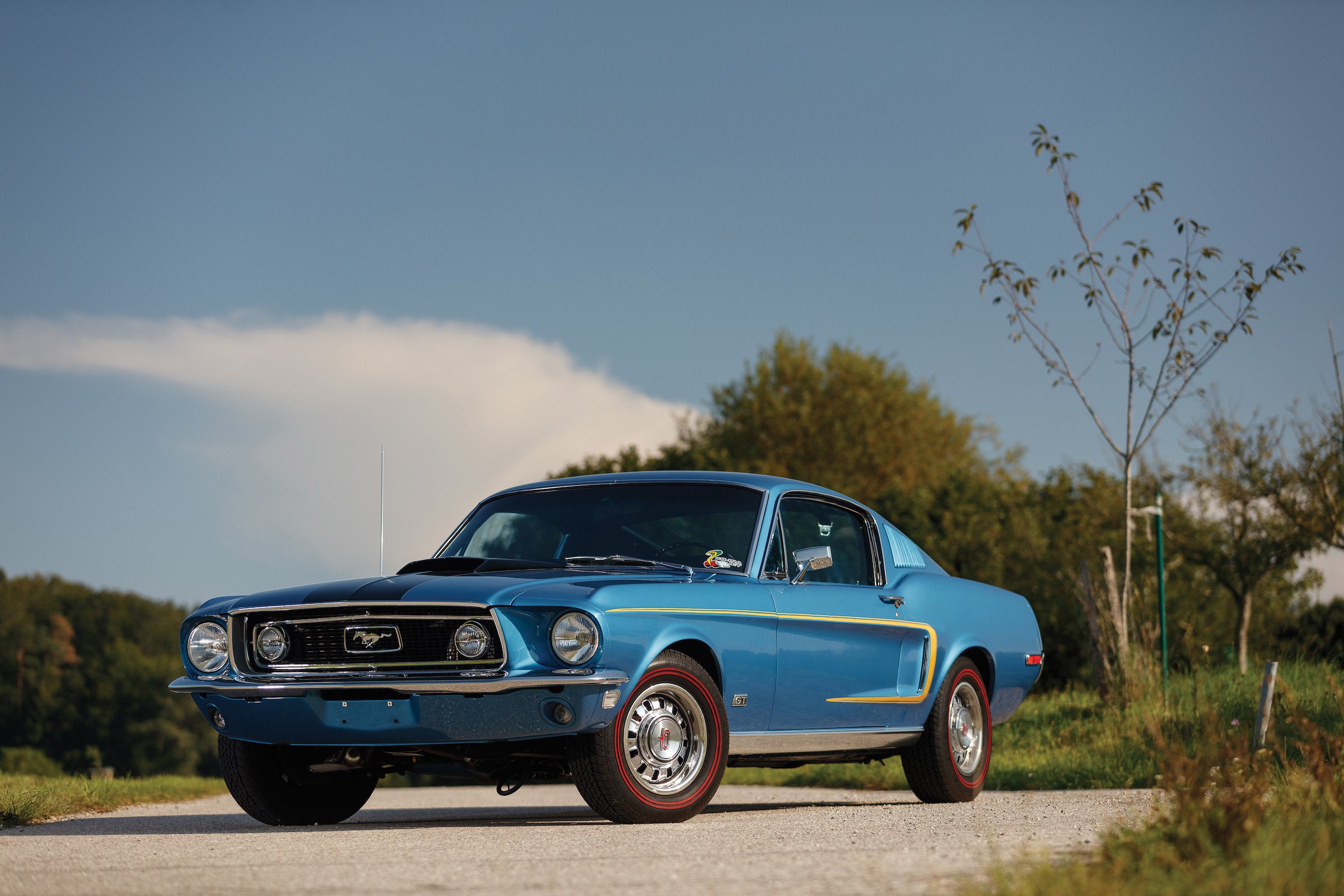