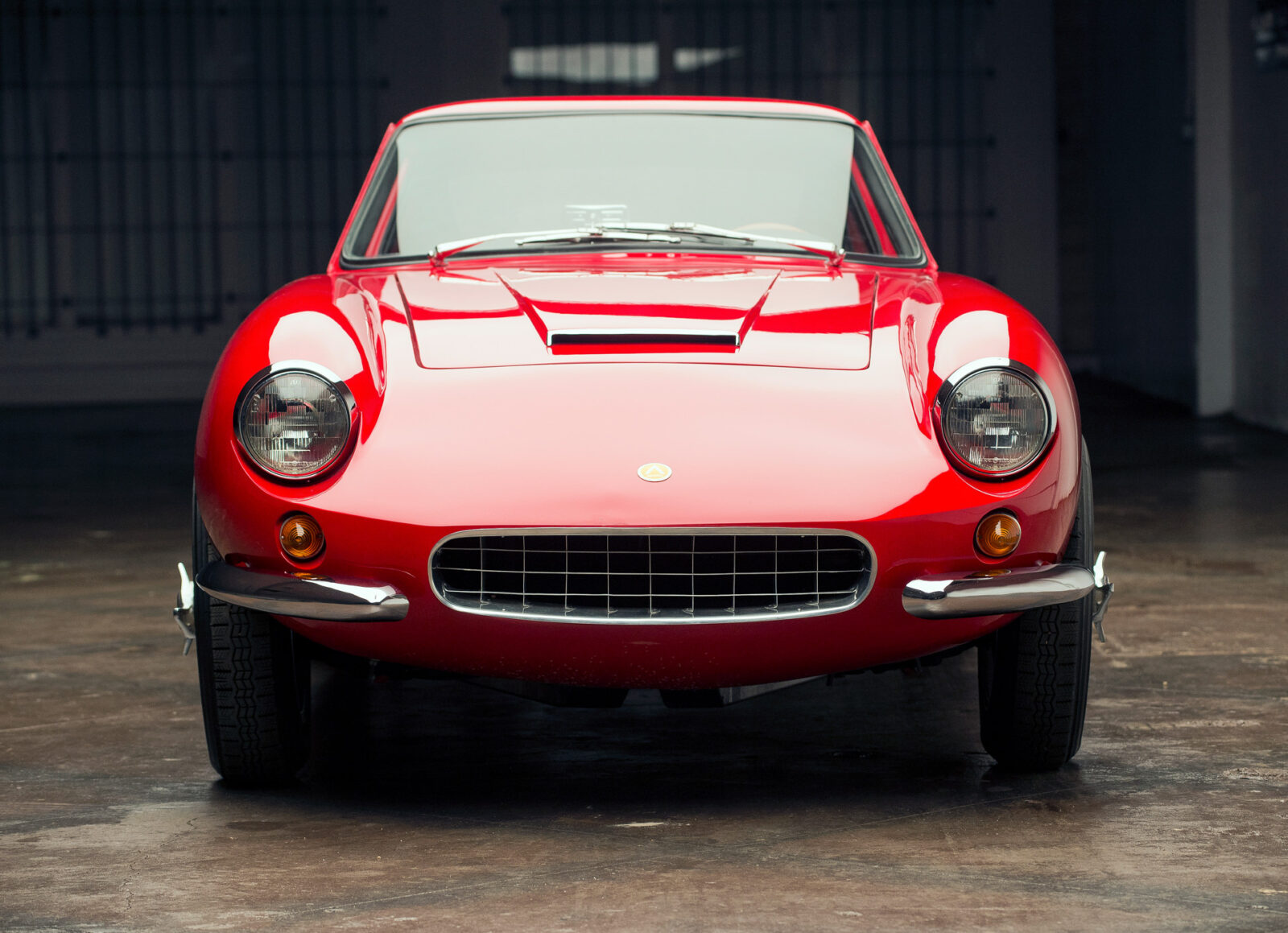 The Apollo 3500 GT is one of the most remarkable American GT cars of its age, it’s largely unknown by many due to its relative rarity, but this hand-built car showed that the Americans could design a vehicle just as capable as those from Aston Martin, Ferrari, Jaguar, and Maserati.

America has a long history of turning out interesting automotive entrepreneurs – men like Preston Tucker with his Tucker 48, John DeLorean with his DMC-12, Carroll Shelby with his Shelby Cobra, and Milt Brown with his Apollo 3500 GT.

In the early 1960s it was the Europeans who led the world when it came to the design and construction of sporting GT cars. The Americans had built a number of excellent gran turismos of their own of course, including those rare examples built by the likes of Briggs Cunningham in the 1950s, but it was generally accepted that if you wanted a modern GT car you’d likely be buying something from Britain, Italy, or Germany.

Three young Americans wanted to change this, and launch their own world-class vehicle. They were Milt Brown, Ron Plescia, and Ned Davis. Remarkably, they succeeded. 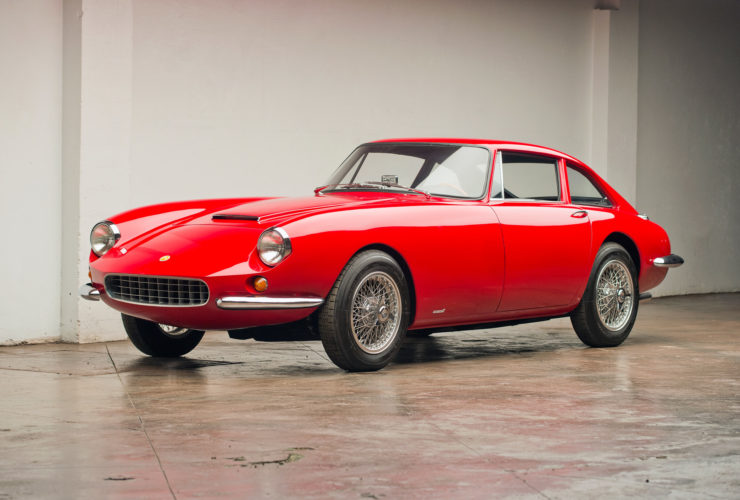 Milt Brown was a young Californian engineer with dreams of building a great American car to complete with the Europeans. He had moved to England and found work designing race cars for Emeryson, then a chance meeting at the 1961 Monaco Grand Prix gave him his coachbuilder – Frank Reisner of Carrozzeria Intermeccanica of Torino in Italy.

Brown founded International Motor Cars in 1962 with associates Ron Plescia and Ned Davis to build and sell their new cars to American motorists. Frank Reisner was able to have bodies fabricated and trimmed in Italy for considerably less financial outlay than the likes of Zagato, Pininfarina, Bertone, or Ghia. Brown designed his own chassis and opted to fit it with a Buick V8 and Buick running gear to keep costs down and ensure spare parts availability would be inexpensive and simple anywhere in the United States.

It was decided early on in the process to use the then-new Buick 215 cu. in. V8. This was an all-alloy engine with an excellent power-to-weight ratio and a relatively small size, certainly by the standards of American V8s. This low weight meant the engine didn’t shift too much weight over the front wheels, giving the car excellent front/rear weight distribution and subsequently good road handling. 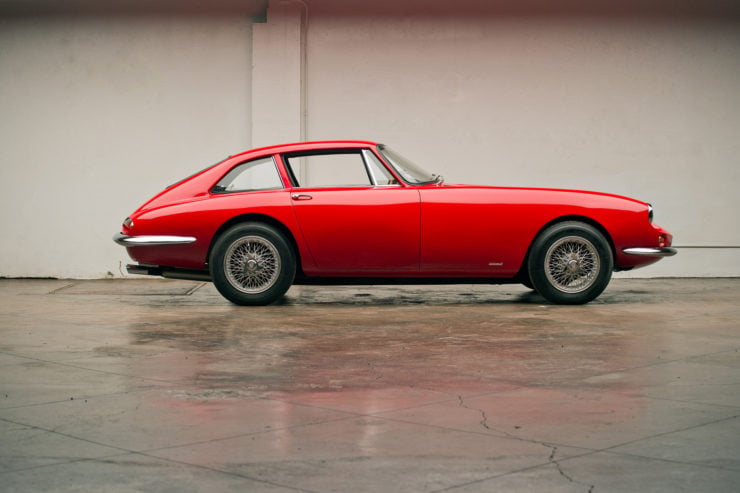 Once International Motor Cars had been founded the first bodies were ordered from Intermeccanica, they arrived complete with fully fitted interiors, and were fitted to the rolling Apollo chassis. All of the required finishing was completed in the United States before each car was offered for sale to the general public.

The performance specifications of the Apollo 3500 GT were excellent for the era, the 3.5 litre Buick alloy V8 was mated to a Borg Warner T-10 four-speed gearbox with Corvette ratios. The car could make the 0 to 60 dash in 7.5 seconds and they could do a standing-start quarter mile in 15.6 seconds.

The spectacularly beautiful body was designed by Art Center graduate Ron Plescia, he knew he needed to incorporate elegant European-style design cues but he also developed a signature style for the Apollo that would be used on future models and create the visual identity of the marque. This is a feat very few automotive designers ever get to attempt, and Plescia nailed it. His original design was modified slightly by Bertone stylist Franco Scaglione to make it easier for mass production, but the shape is Plescia’s from front to back. 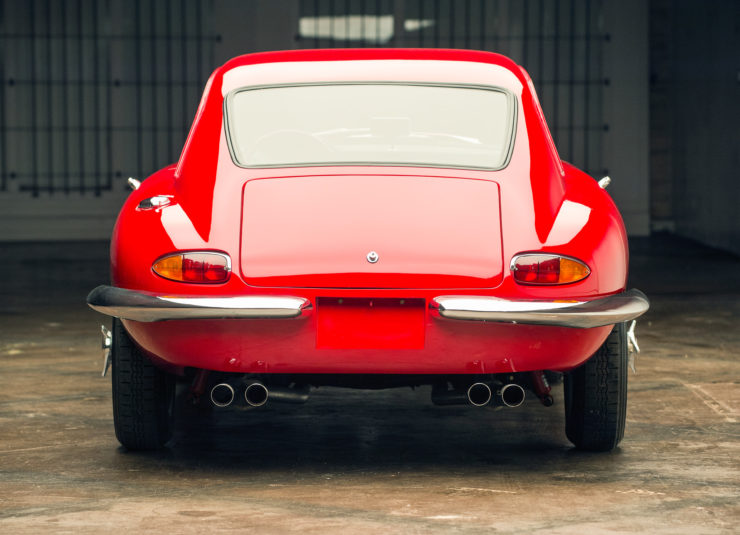 This sleek body was mounted to the Milt Brown designed chassis, independent suspension with A-arms and coil springs is used up front, and there’s a live rear axle with four-link suspension. Hydraulic drum brakes are used on all four corners, capped with knock-off wire wheels. The approximate curb weight of the Apollo 3500 GT was only 2,500 lbs and its Buick V8 was producing ~200 hp, so the power-to-weight ratio was excellent.

Sales began in 1962, competition from the established marques was fierce but IMC succeeded in selling dozens of Apollos to enthusiastic American buyers. Between 1962 and 1964 they had sold 88 vehicles before financing tightened up, Brown later said “We had a winner because we could never satisfy the demand”, but funding to create a consistent production line was needed.

Rather than shut down they fought tooth and nail to stay in business, and arranged for Intermeccanica to supply body/chassis units to Fred Ricketts of Vanguard Industries in Dallas. Ricketts sold 11 rebadged Apollos as the “Vetta Ventura” while the team at IMC hunted for additional financing. Sadly financing was har to come by, but the Apollo refused to go quietly, and a third company named Apollo International founded by Robert Stevens completed 20 cars in total. 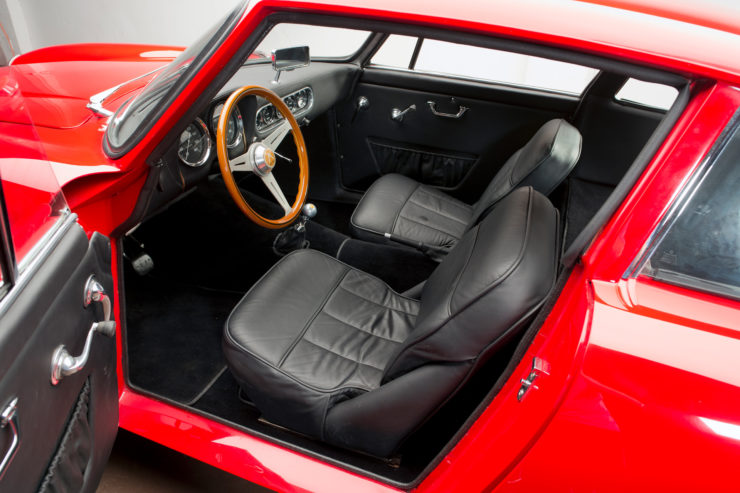 Today the surviving Apollos and their Vetta Ventura siblings are considered highly desirable, they’re one of the best kept secrets of the American classic car world, and whenever one comes up for sale there’s always considerable interest.

The 1963 Apollo 3500 GT Coupe you see here is of significant historic importance, it’s the very first production Apollo that was built. It was sold new in 1963 to John R. Niven of Atherton, California. More recently it was sold by Apollo historian and marque authority Robb Northrup to Steve Shook and George Finley requiring a total restoration.

Restoration began in 2013 with direct consultation by none other than Milt Brown. The restoration was completed by Steve Shook at Shook Enterprises with body and paintwork performed by Phil Wanzer of the Corpus Christi Old Car Museum. Once completed the Apollo was shown at the 2013 running of the celebrated Concorso Italiano in Monterey, California.

The car is now due to cross the auction block with Worldwide Auctioneers on the 5th of October, it’s selling with no reserve. If you’d like to read more about it or register to bid you can click here to visit the listing. 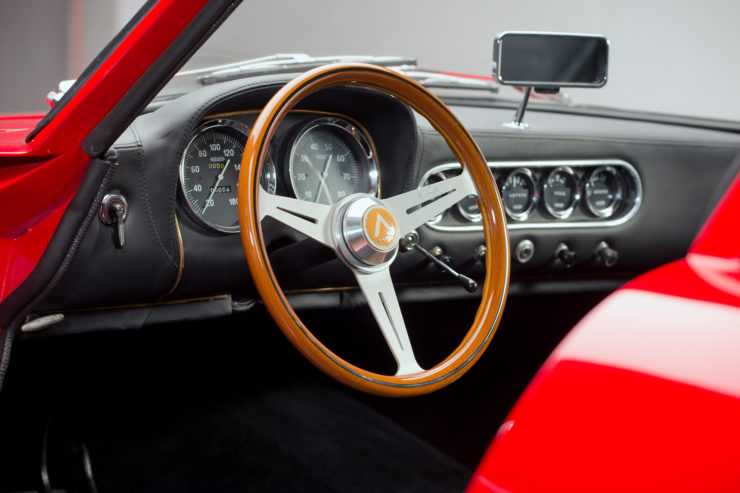 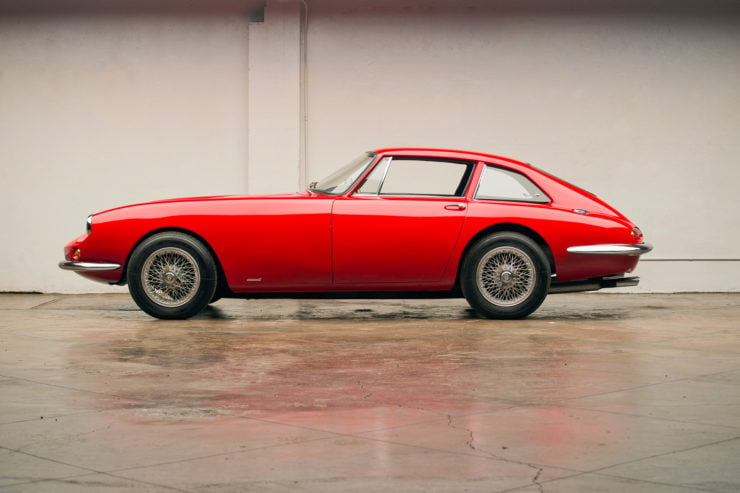 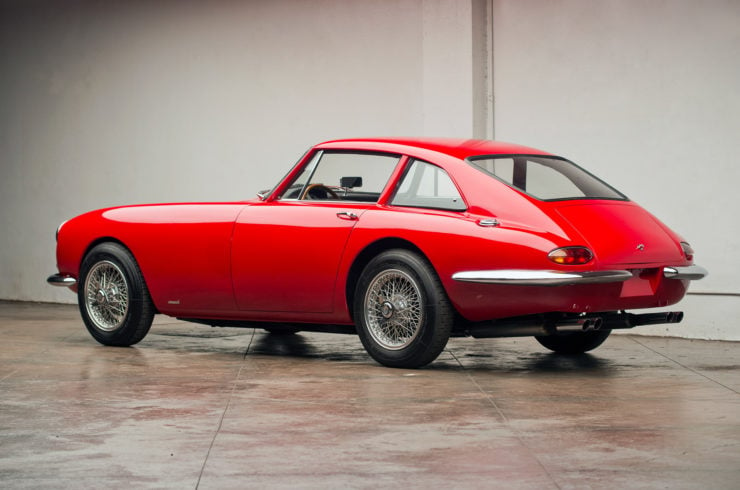 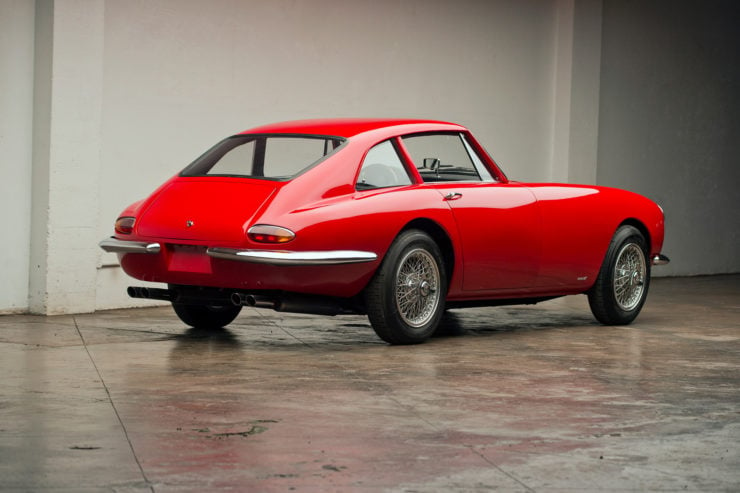 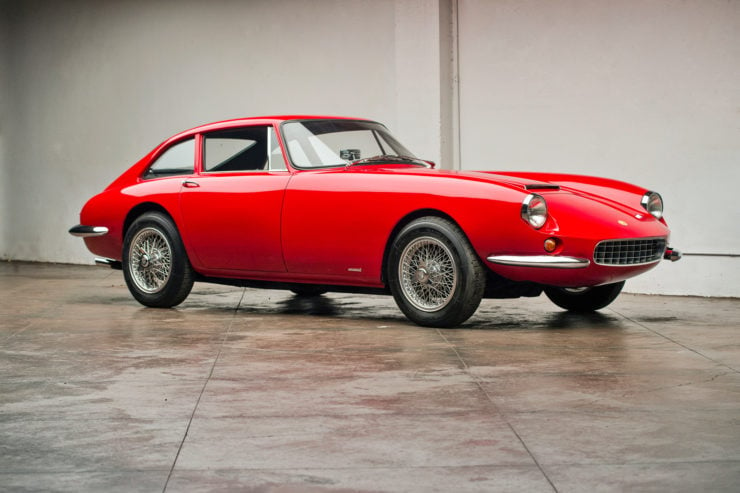 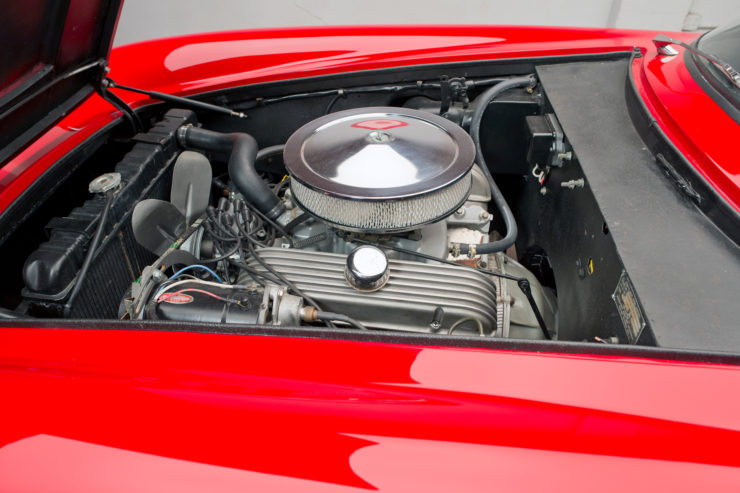 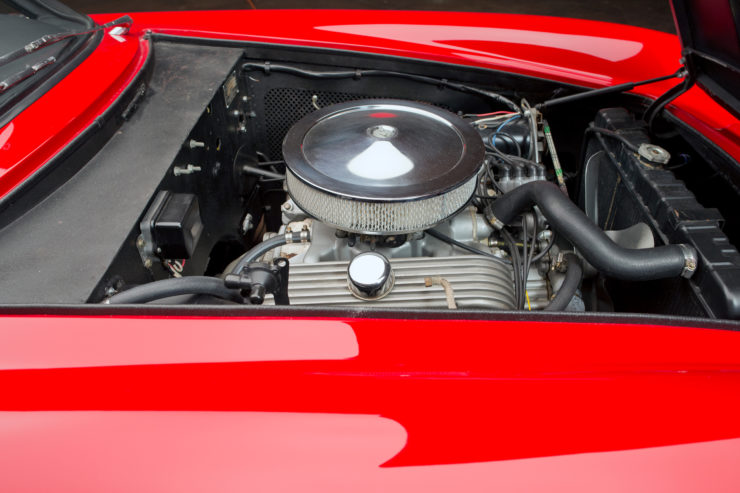 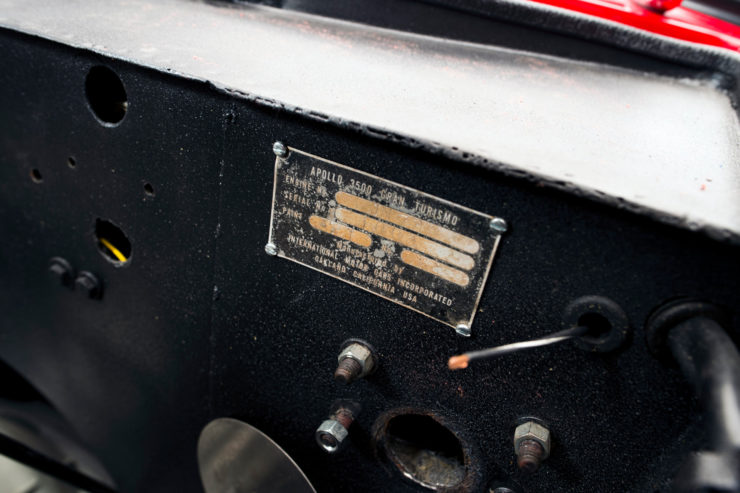 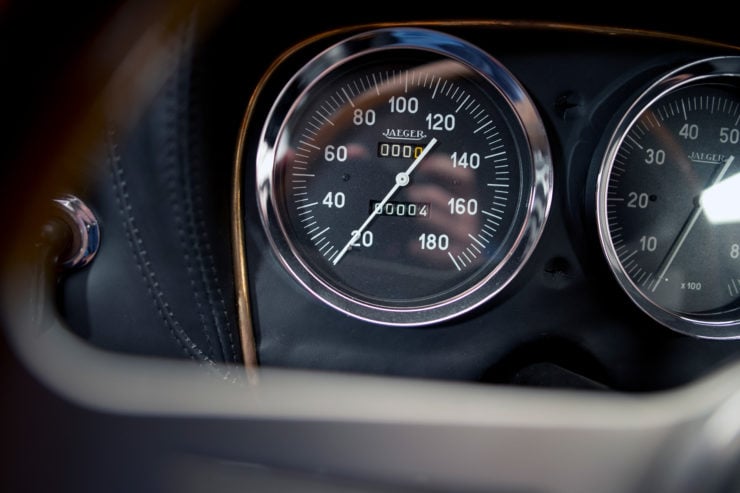 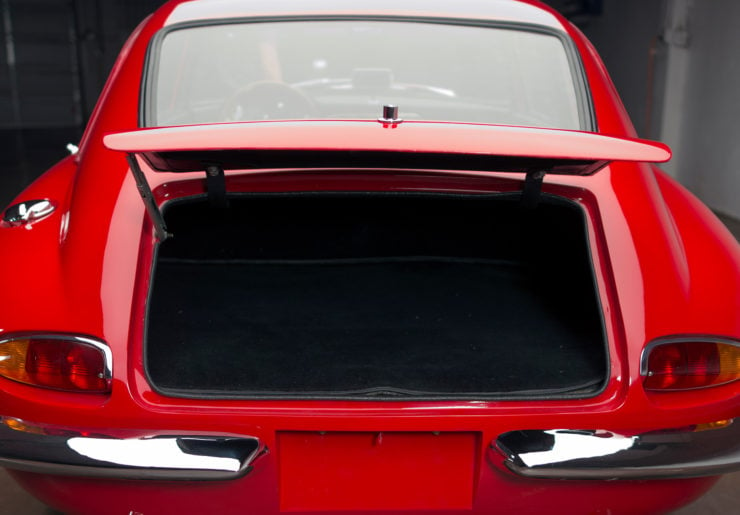 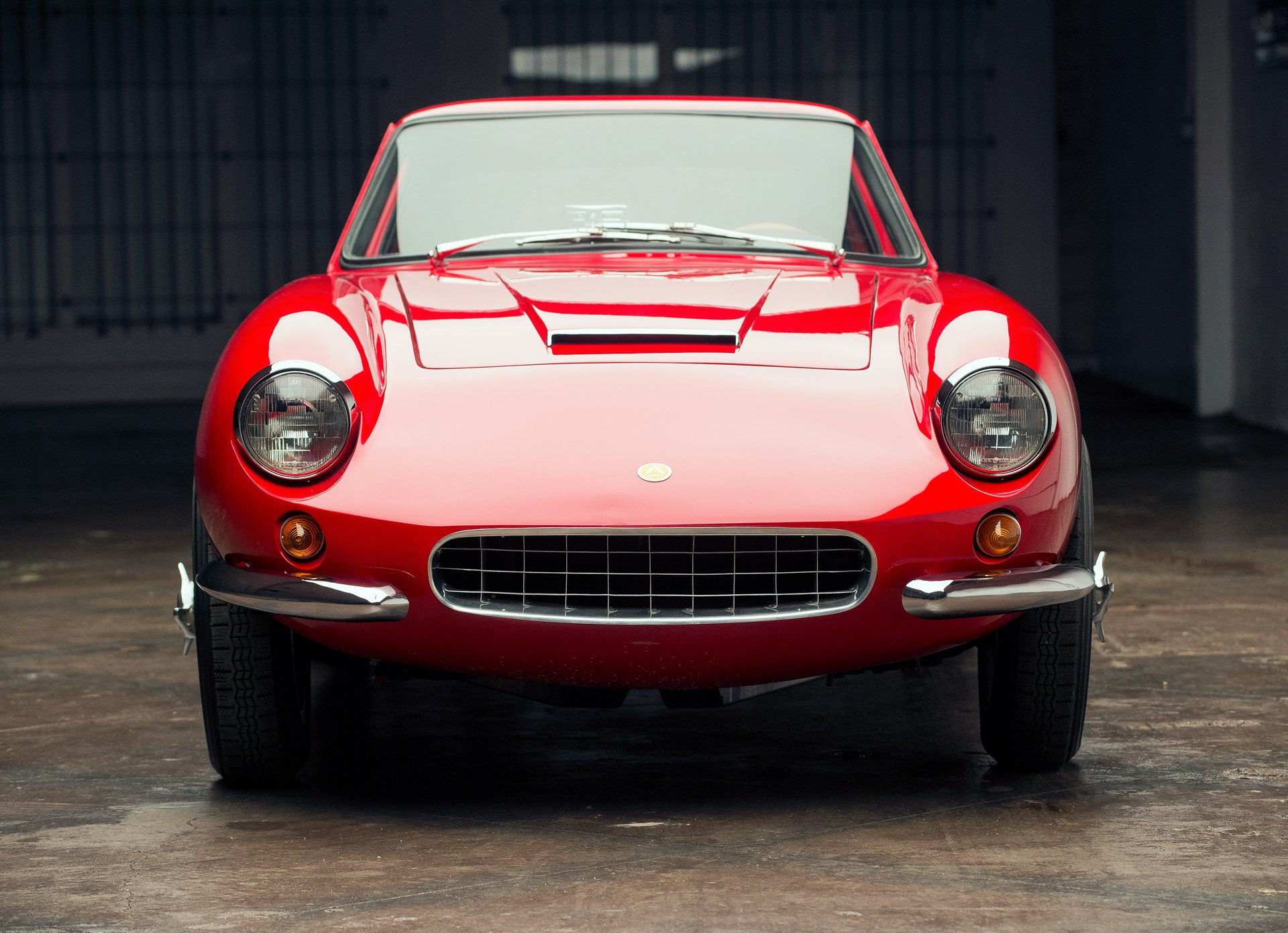