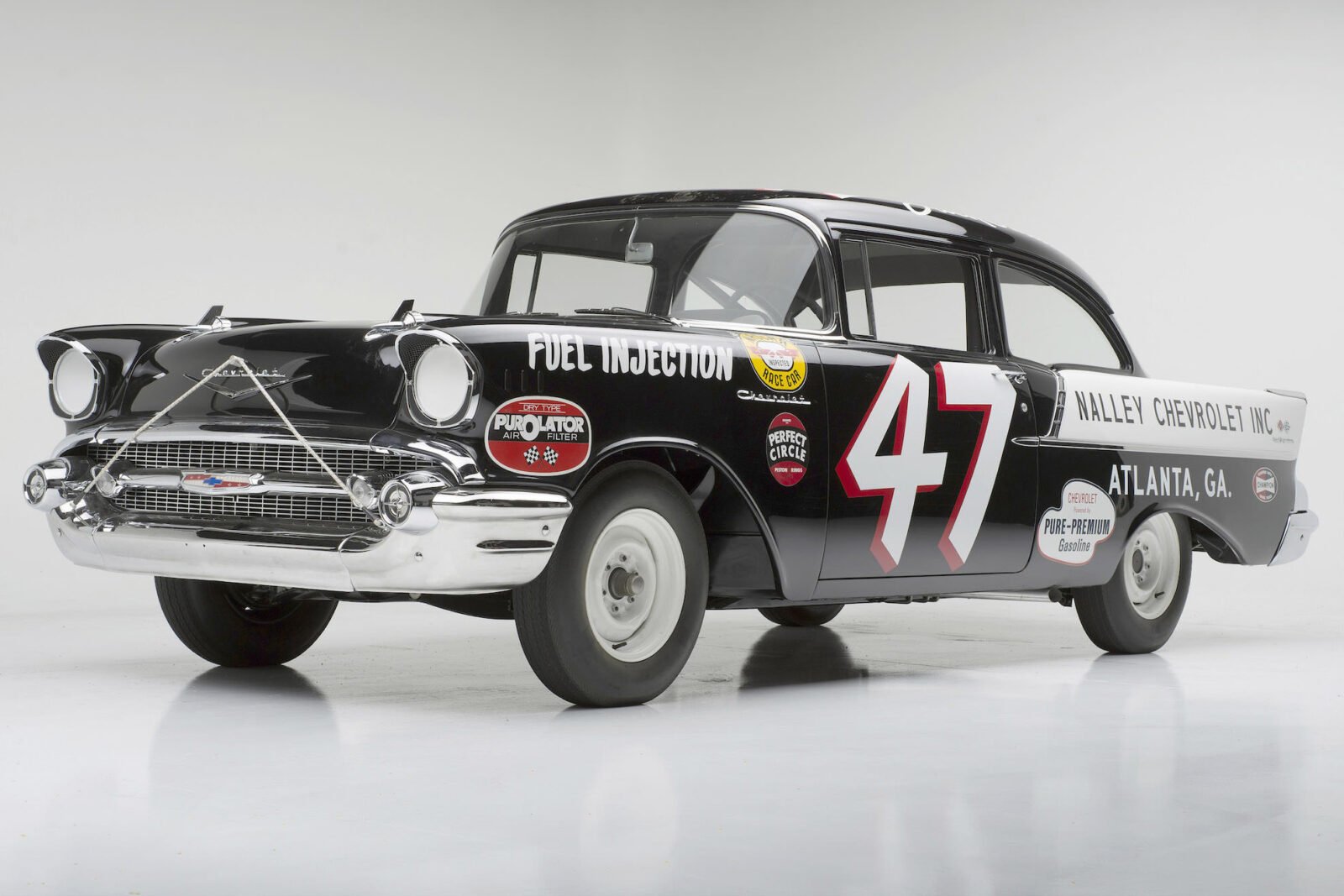 The 1957 Chevrolet “Black Widow” is a car that was developed in the shadows of a looming ban on auto racing in the United States, after the horrific Le Mans disaster in 1955 that claimed the lives of over 80 spectators, and injured 120.

Many of the largest automakers had led the way in calling for restrictions on racing as it was good for PR, but behind the scenes they understood the importance of motor sport for marketing and engineering advancement. Chevrolet had hired former Hudson lead race engineer Vince Piggins for a shadowy Skunk Works division that would be based in Atlanta and called the Southern Engineering and Development Company (or SEDCO for short).

This theoretically independent racing division enjoyed healthy backdoor factory support, including a number of 1957 Chevrolet 150s. This model was chosen because it was the lightest and least complex model that was in production, as an entry level car it lacked the bells and whistles of the more luxurious Chevys – but this meant there was less superfluous parts to remove to ready the cars for racing.

Piggins specified that each Black Widow would be fitted with the high-performance fuel-injected 283 cubic inch V8, capable of 283 horsepower in stock trim but one it had been blueprinted and modified it could reliably produce 315+ at the rear wheels. Power was transmitted to the rear differential via a 3-speed manual gearbox, and an additional shock absorber was fitted for each wheel.

The heavy duty six-lug rear axle was used from the long wheelbase version of the limousine passenger car, Fenton cast-iron exhaust manifolds were used and the exhaust was run through the frame rails. Once all this and much more had been done, the team at SEDCO braced and reinforced everything they could, and then entrusted the new cars into the capable hands of Johnny Beauchamp, Buck Baker, Speedy Thompson, Rex White, Frankie Schneider and Jack Smith.

Over the course of the 1957 season the Chevrolet Black Widows were unstoppable, Baker won 10 races and gave Chevrolet their first NASCAR Grand National (Sprint Cup) Championship, Thompson finished third in points and Smith in fifth. By the end of the season Chevrolets had won 21 races, and established themselves as a major player in the NASCAR field.

The number 47 car you see here was assigned to Smith during the season, although the body shell was replaced a number of times due to accident damage – the mechanics would switch over everything from the engine and chassis to the axles in order to prepare the new shell for the next race.

After having benefited from a thorough restoration to show winning condition, the #47 Black Widow is now due to sell via auction with Barrett-Jackson in late January 2016 in Scottsdale, Arizona. If you’d like to read more about the car or register to bid you can click here. 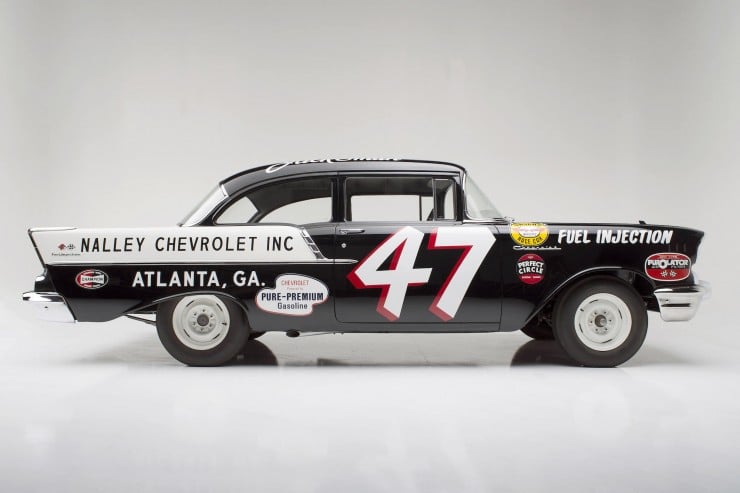 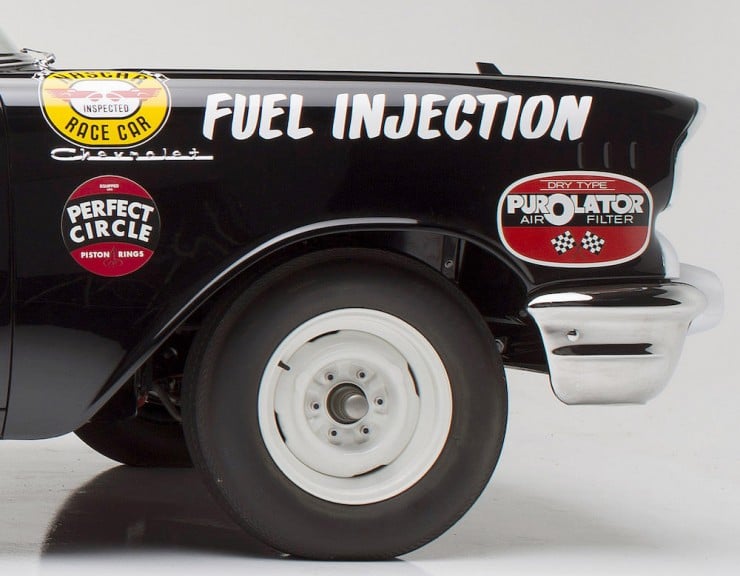 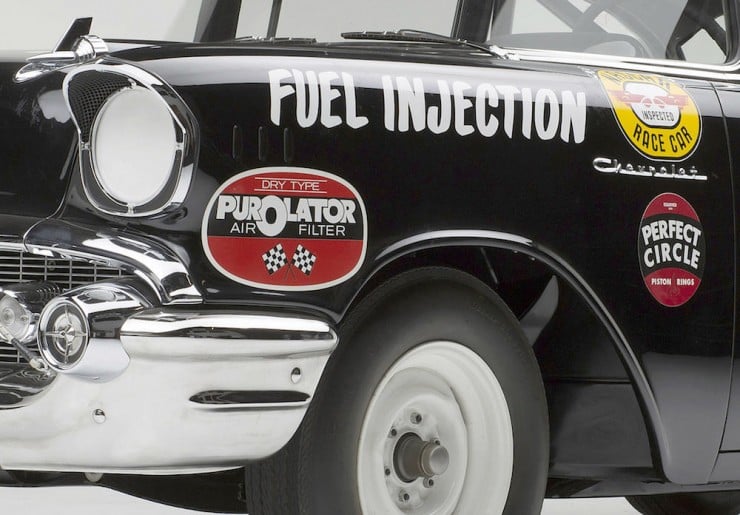 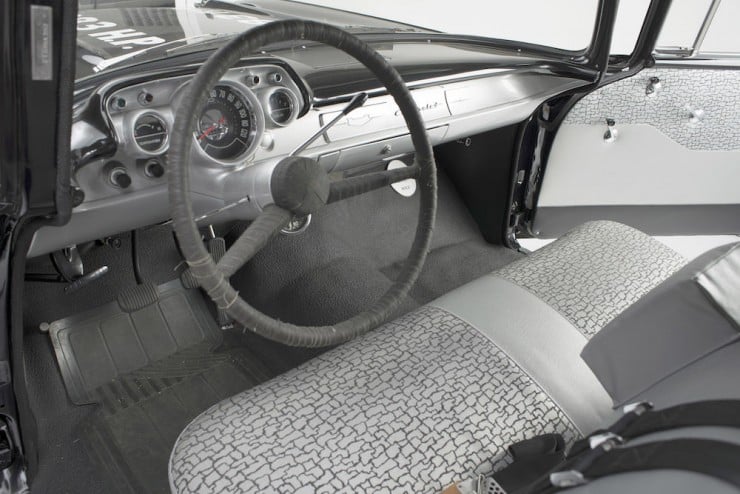 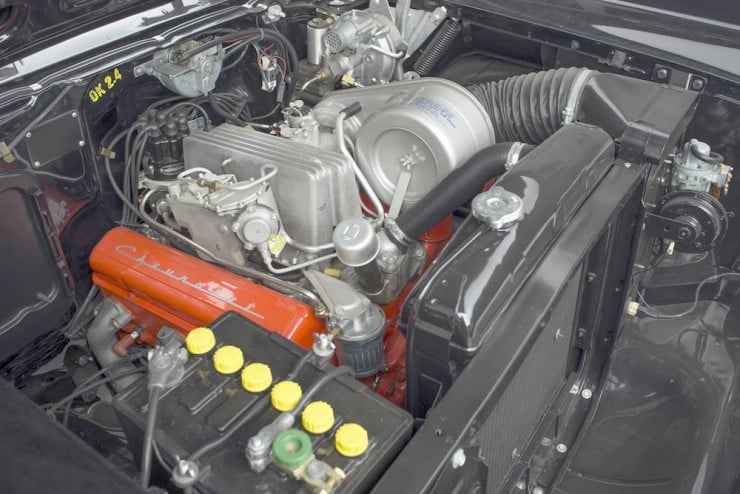 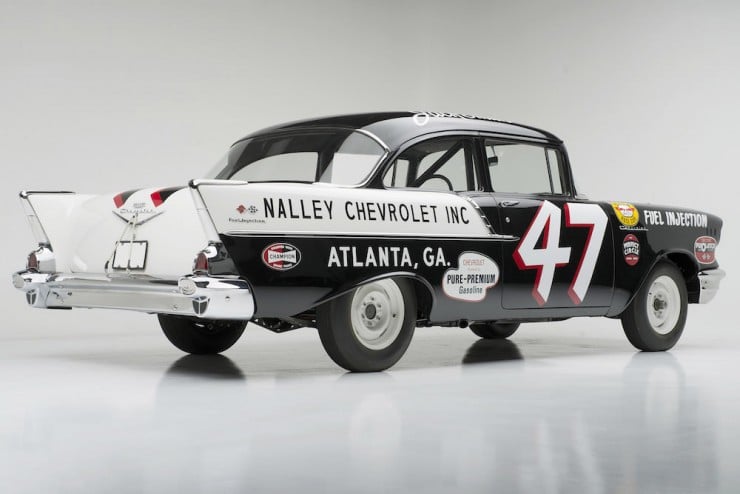 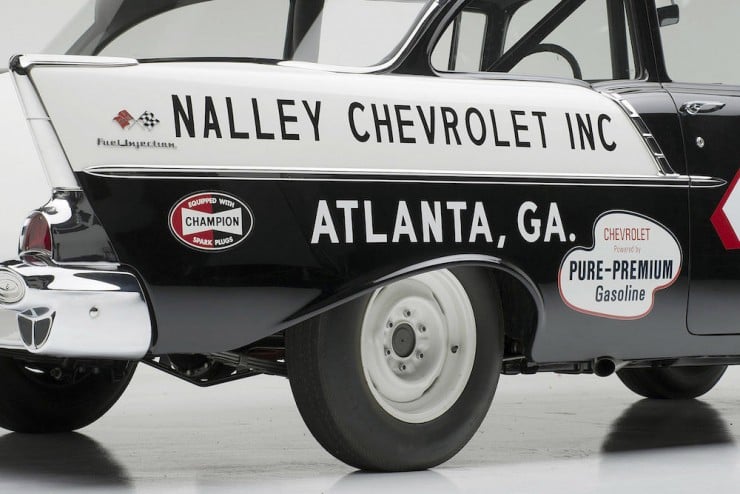 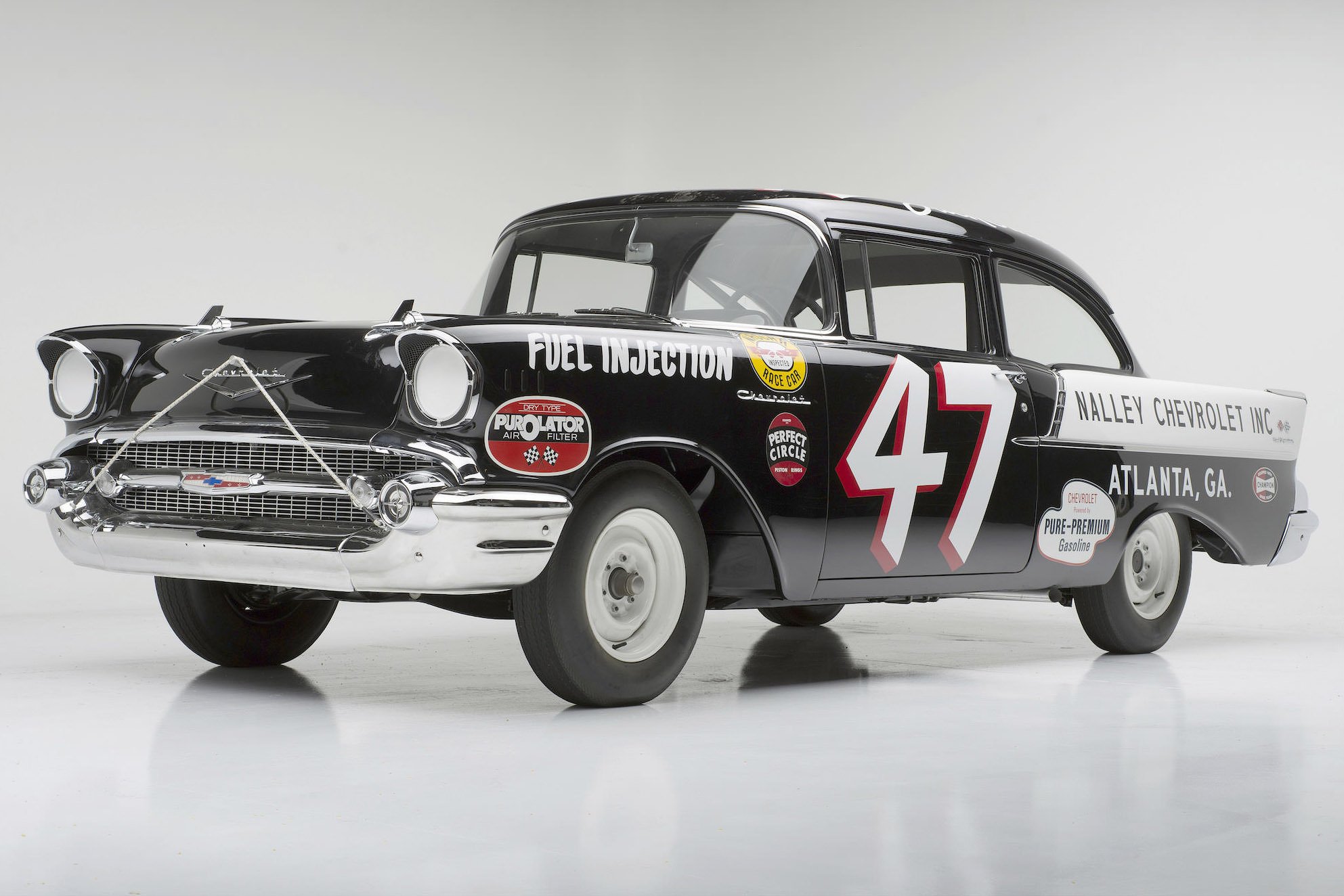