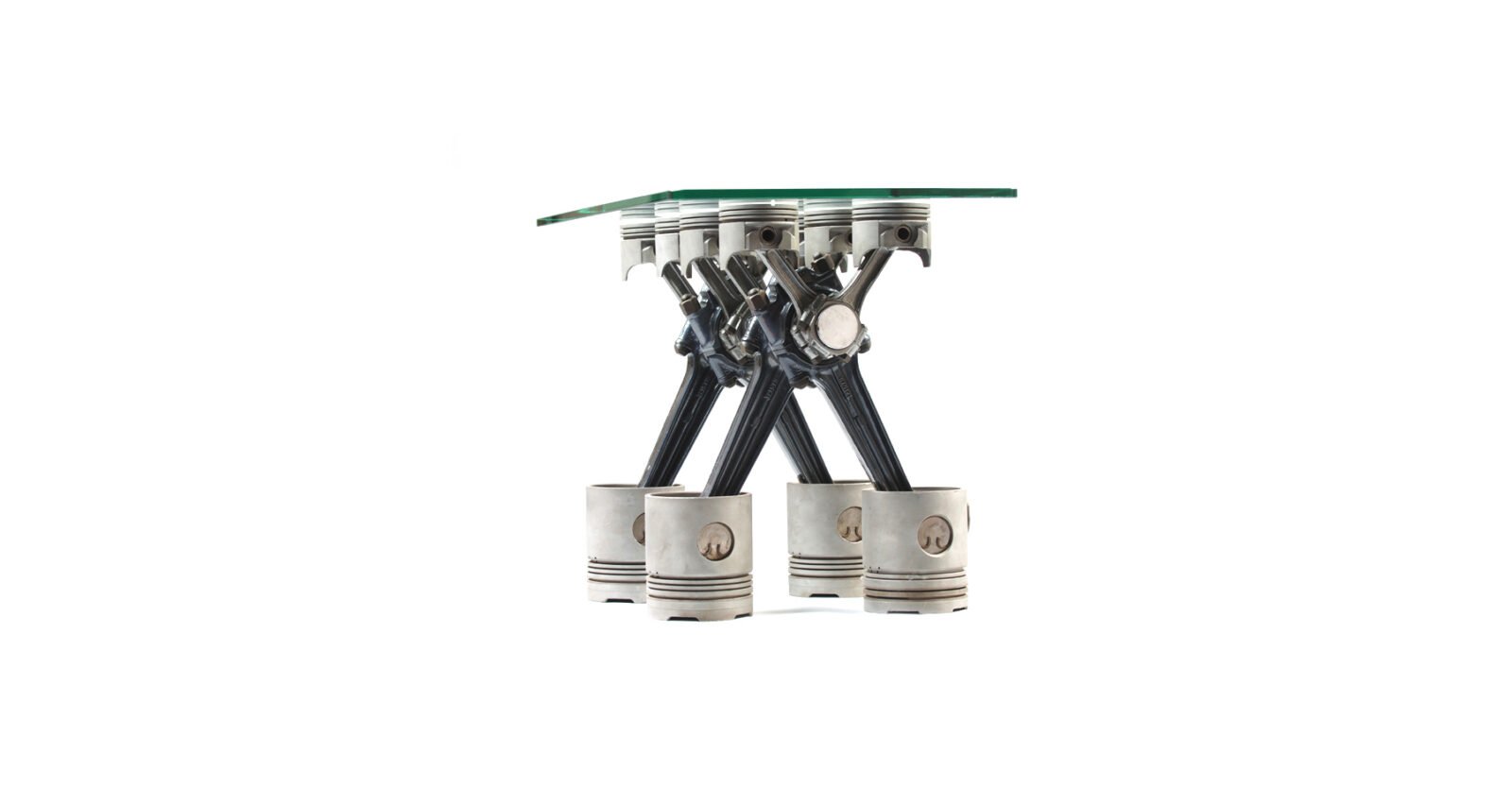 The idea of using engines as the basis for furniture has probably existed since the first engine threw a rod and made itself an expensive and rather heavy paperweight. This coffee table by Fuzion LLC is an excellent example of what can be achieved with engine parts that are no longer required, a hefty dose of skill and plenty of spare time.

The Fuzion LLC website is a little scarce on information, but there is some contact information, and those who want to order one of the items is invited to email the proprietor. 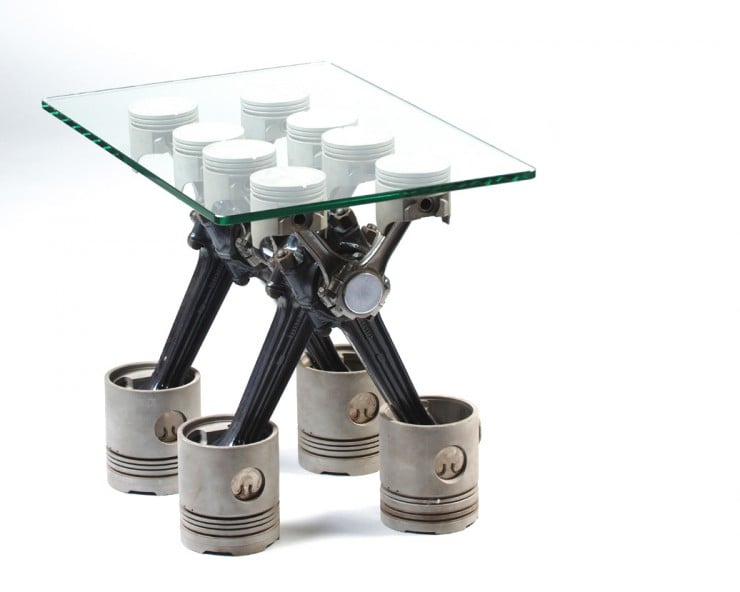 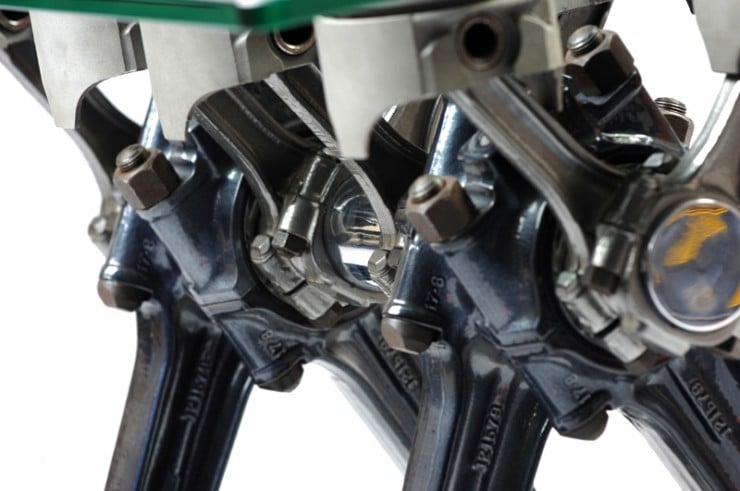 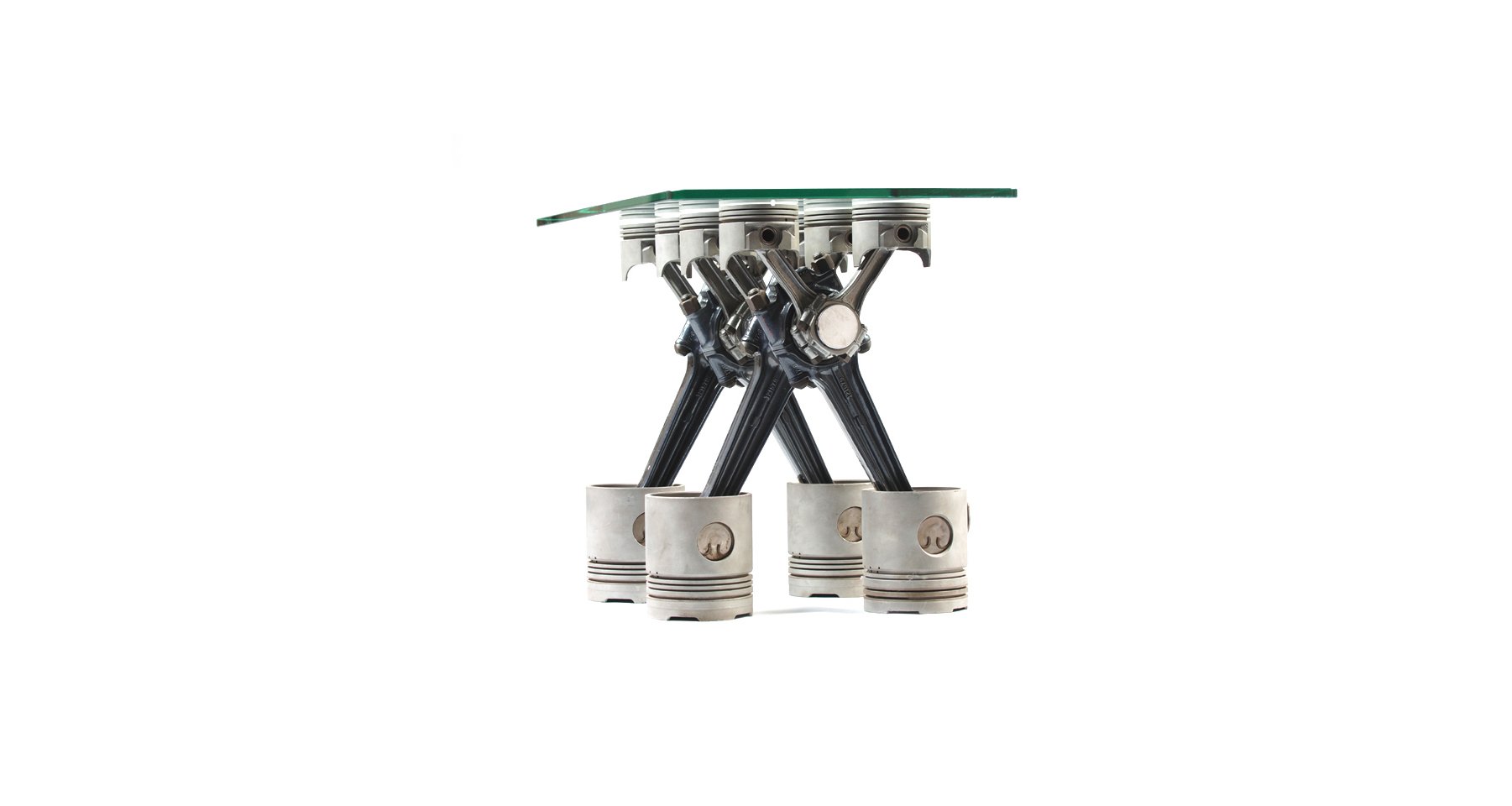 This is the Protective Motorcycle Hoodie from the team at Akin Moto, it’s been designed for…

This is the new Magrette Leoncino Kia Atawhai, it’s an automatic mechanical watch with 24…

This article is an interview by Andrew Jones with Gavin King, the owner of the car you…

The origins of the railroad spike knife are unclear, though it is likely that they’ve existed…

This is the Marathon MSAR Automatic, it’s a Swiss-made diver’s watch the can be worn everyday, as well…