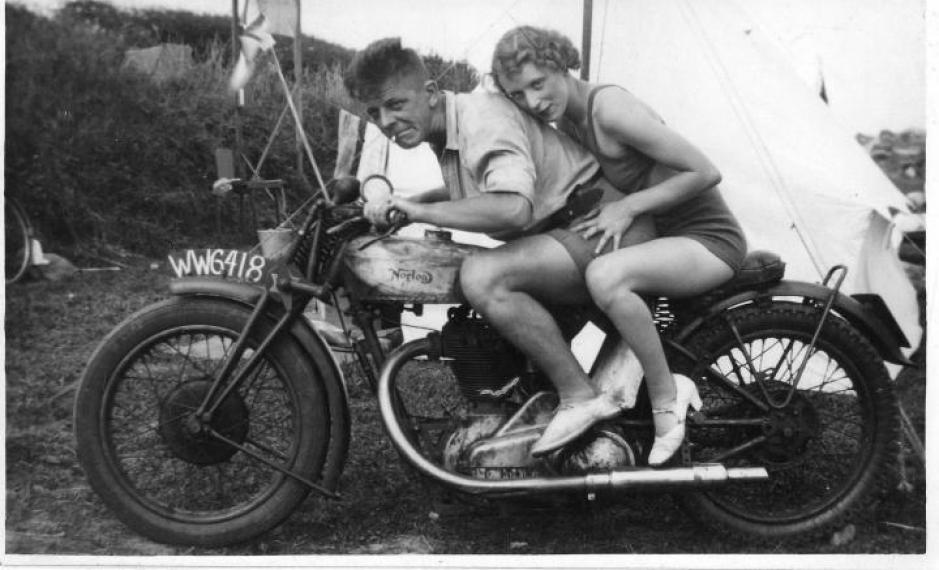 I came across this great photograph whilst researching the recent piece on the Norton CS1, I couldn’t use it then but have since decided it deserves it’s own feature. Click the image for the larger version.