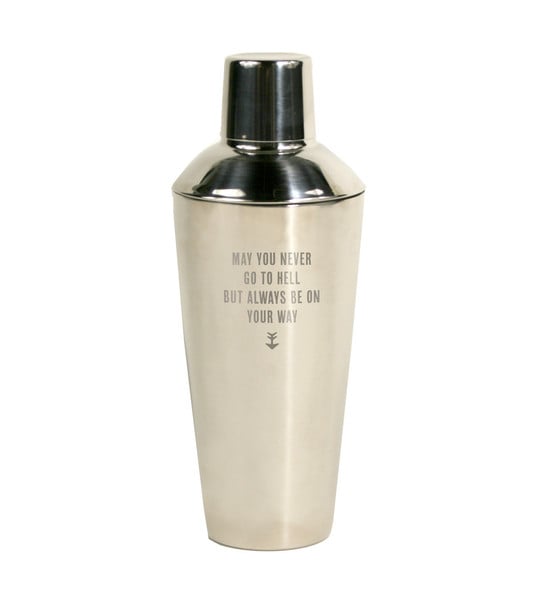 I love a good martini. It’s hard to order one in a bar without sounding like you’ve just watched Moonraker, so if you’re going to have a good martini, you’ll need the gear at home. This great shaker by Izola also features an inscription that’ll win a chortle from even the most stony faced of drinking buddies.

May you never go to hell, but always be on your way.