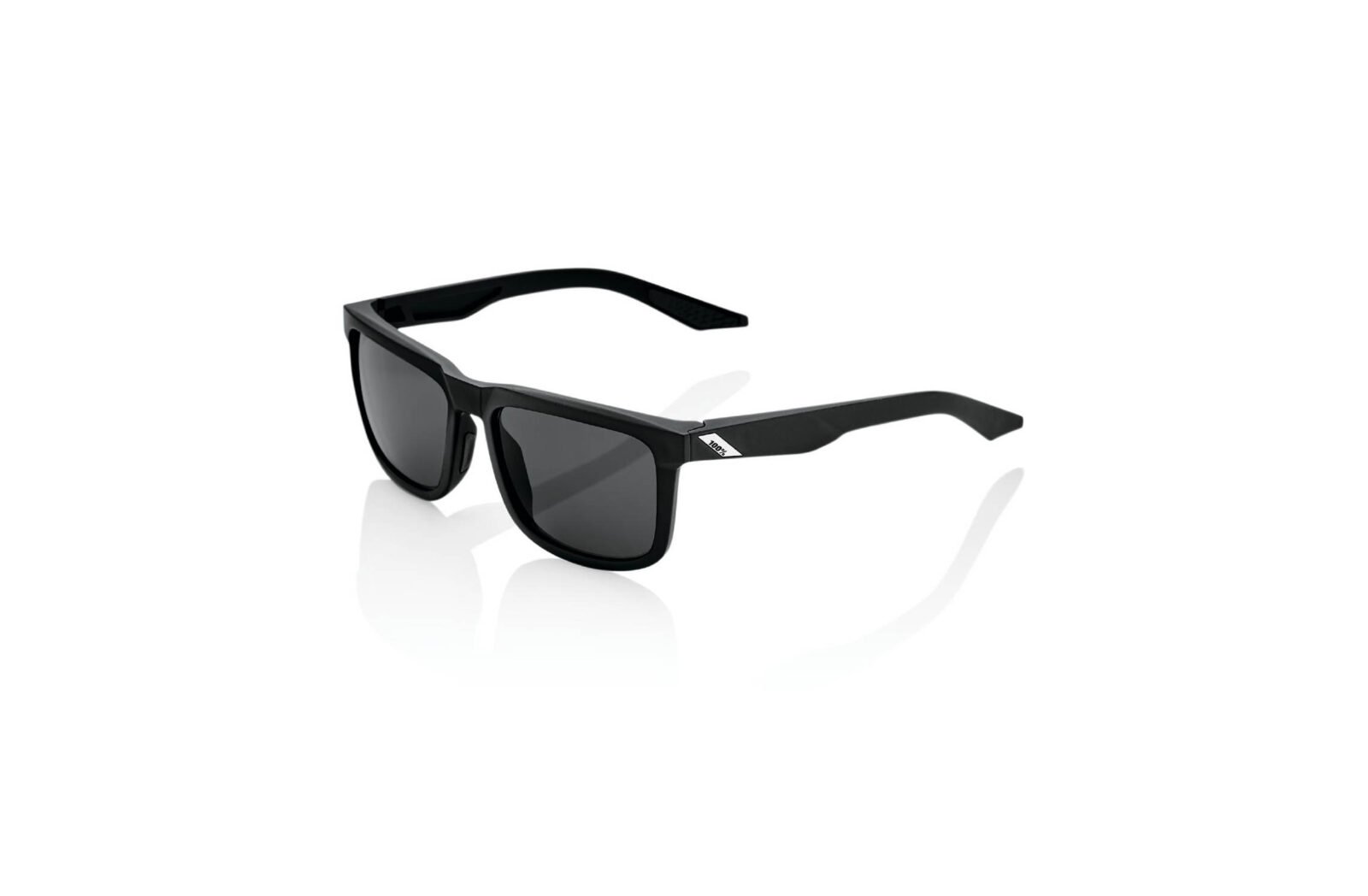 The 100% Blake Sunglasses were specifically developed by 100% to accompany their range of motorcycle goggles. Regular sunglasses are generally unsuitable for motorcycle use due to the lack of impact resistance – anything that gets flicked up into your eye could potentially shatter the glass or plastic lens before hitting your eye, making matters considerably worse.

100% designed the Blake Sunglasses with highly-impact resistant polycarbonate 6-base spherical lenses that offer 100% UV protection. The frame is a shatterproof and lightweight Grilamid TR90 unit with ultra-grip TPE rubber nose pads and tips. The lenses have a scratch resistant coating and a Hydroilo treatment to repel water, dirt, and oil.

Styling has been kept low-key to allow wearers to use them both on and off the bike – no one will be any the wiser. The temples have minimal downward curvature behind the ear, this allows you to put them on and take them off easily when wearing a helmet – it’s also a common design feature of sunglasses used by military pilots for the same reason. 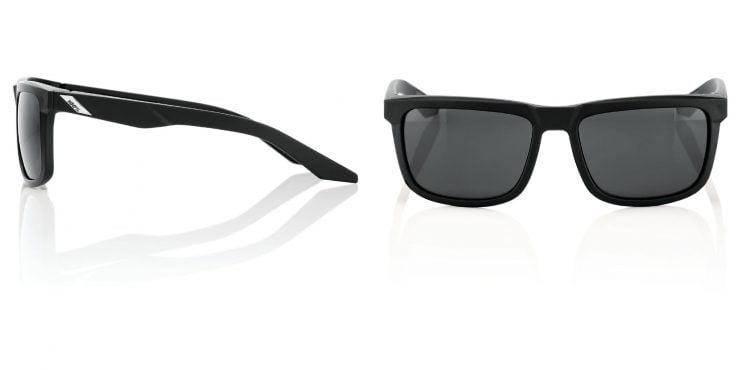