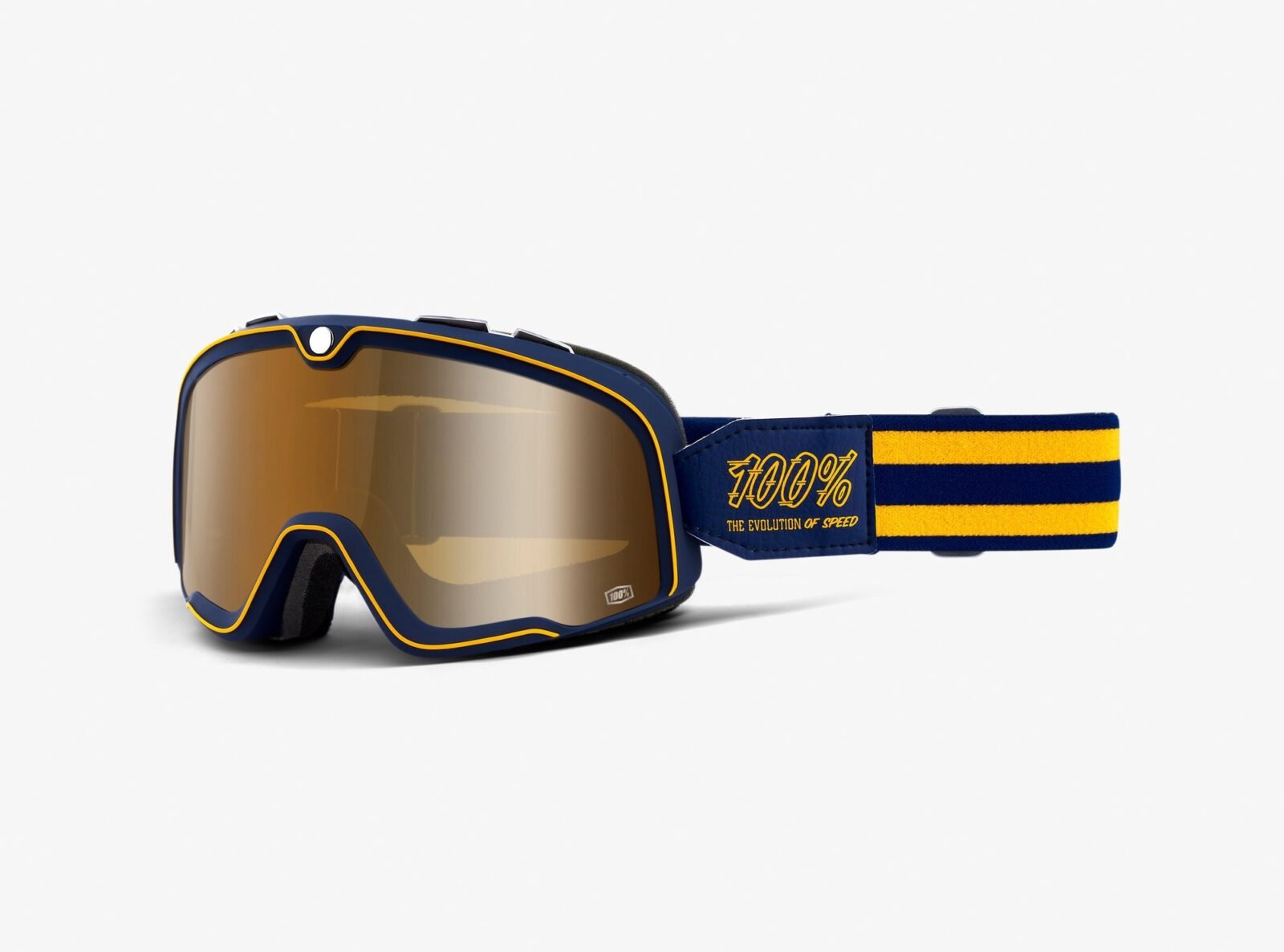 The 100% Barstow Rat Race Goggles were inspired by the classic hare & hound desert races of the 1960s and 1970s that took place mostly in Southern California.

Men like Bud Ekins and Steve McQueen took part in these races – races that tested man and machine to the absolute limit of their endurance.

The team at 100% developed the Barstow line of goggles as 21st century motorcycle goggles with a minimal frame design and a large single-piece, anti-fog mirror Dalloz Optics lens for good visibility. For comfort the goggles use a triple-layer fleece-lined face foam and an adjustable strap designed to go around the back of your helmet and hold fast.

The above film shows an original Hare & Hound desert race from 1967 in California. Many of the motorcycles that were used were modified street bikes – often British parallel twins with either 650cc or 750cc air-cooled engines.

These motorcycles were called scramblers, and before the mass arrival of lightweight two-strokes from Europe initially and then Japan, the big British four strokes were king of the hill.

Perhaps the best remembered of these scramblers today is the Triumph TR6C, often referred to simply as the “desert sled” due to its popularity in the off road racing world.