The Yamaha XT500 will probably always be best remembered as the motorcycle that won the first Paris-Dakar Rally, all the way back in 1979. Then just to prove it wasn’t a fluke, it won the event again a year later in 1980.

In the decades since these wins, the XT500 has become a popular choice for those looking for a vintage enduro bike thanks to the fact that they’re hard to break, easy to get parts for, and a lot of fun to ride.

In the 1970s the age of the big international desert rallies had arrived, races like this had existed before of course, but there was something new and somehow more extreme about races like the Paris–Abidjan-Nice Rally and the Paris-Dakar Rally.

Above Video: This clip shows footage of the 1979 Paris-Dakar Rally, including the race-winning Yamaha XT500 in action.

Though it wasn’t explicitly designed for desert endurance racing, the Yamaha XT500 would turn out to be perfect for it. The reason for this was almost certainly the toughness and mechanical simplicity of the engine and drivetrain.

The XT500 would win the Paris–Abidjan-Nice Rally and the first two runnings of the Paris-Dakar Rally, after which the larger adventure bikes began to dominate, bikes like the BMW R80G/S which would win in 1981, 1983, 1984, and 1985.

When the Yamaha XT500 was released in the mid-1970s the world was in the midst of the two-stroke enduro craze, and a four-stroke motorcycle like the new Yamaha must have seemed a little out of place.

Above Image: This episode of Harry’s Garage focusses on the Yamaha XT500, and Harry discusses its history and importance.

As we look back on this point in motorcycle history now it’s possible to identify the XT500 has a link between the iconic but primitive scramblers of the 1960s and the more modern enduro bikes of the 1980s.

The engine in the XT500 would prove to be remarkably useful for Yamaha, they fitted it to the SR500 street bike and the TT500 off-roader, as well as the XT500, more of a dual sport bike.

This engine has a single cylinder with a single overhead cam operating two valves, there’s a single carburetor in and a single exhaust out, and power is sent to the rear wheel via a 5-speed gearbox and a chain drive.

Though they didn’t know it when the engine was being designed in the mid-1970s, it would prove to be Yamaha’s most enduring engine design.

It’s has now been in production, with upgrades over time, from 1976 to the modern day – it’s still used in fuel-injected form in the Yamaha SR400.

The bike you see here is a Yamaha XT500 from the second year of production, 1977. Though details are scarce the listing notes that it was originally used as a stunt bike before being fully restored in 2006. 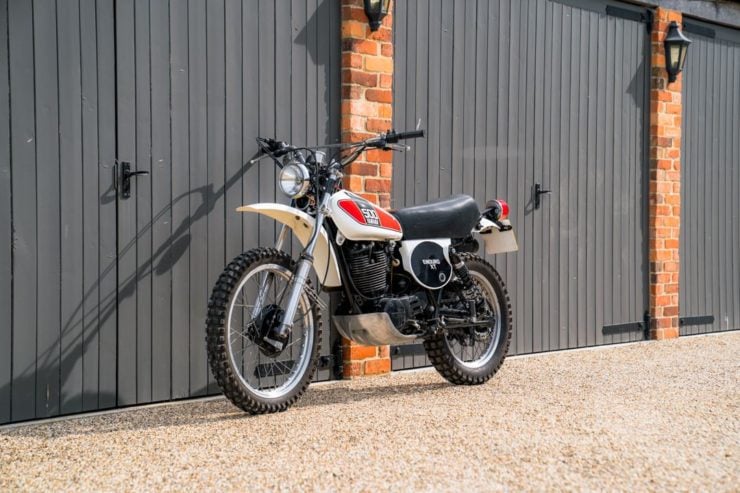 It remains a matching-numbers bike and it’s noted that it’s only been ridden in dry weather since its restoration.

It’s finished in the white/red/black livery this model is known for, it has seating for two, and it’s fitted with cross-spoke wire wheels fitted with Continental and Trelleborg “knobbly” tires.

The bike is road legal of course, making it a highly-useable vintage dual sport bike.

It’s currently being offered for sale on Collecting Cars out of the UK, and you can visit the listing here if you’d like to read more about it or register to bid. 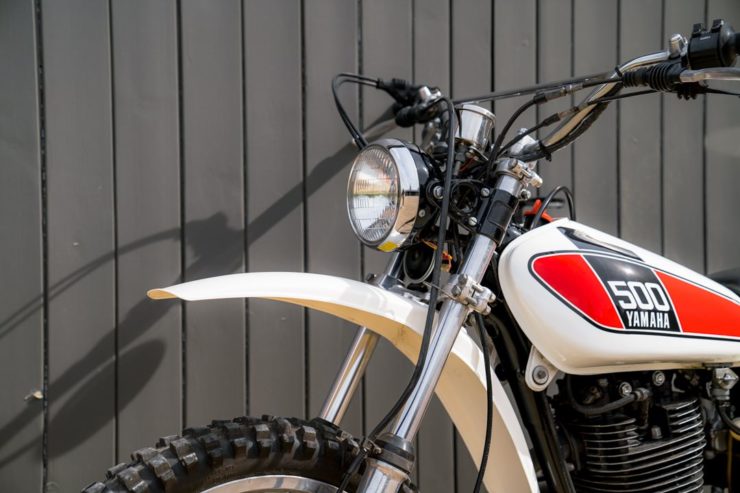 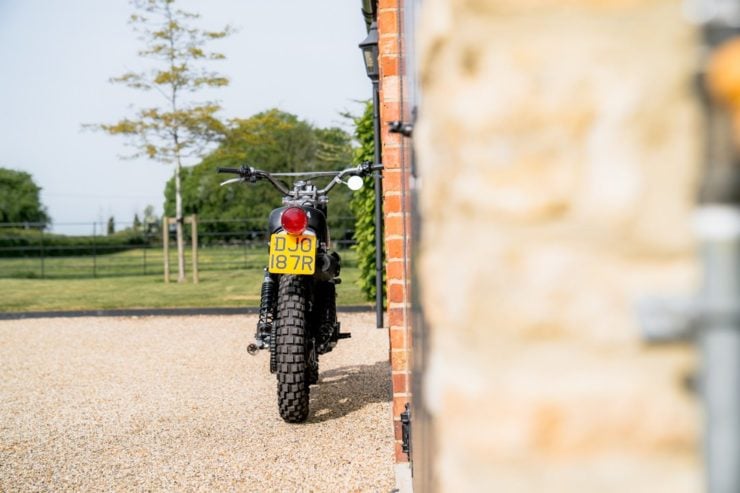 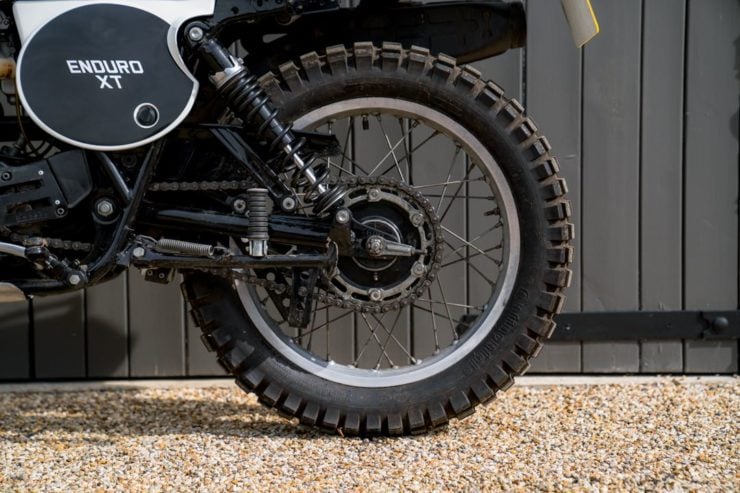 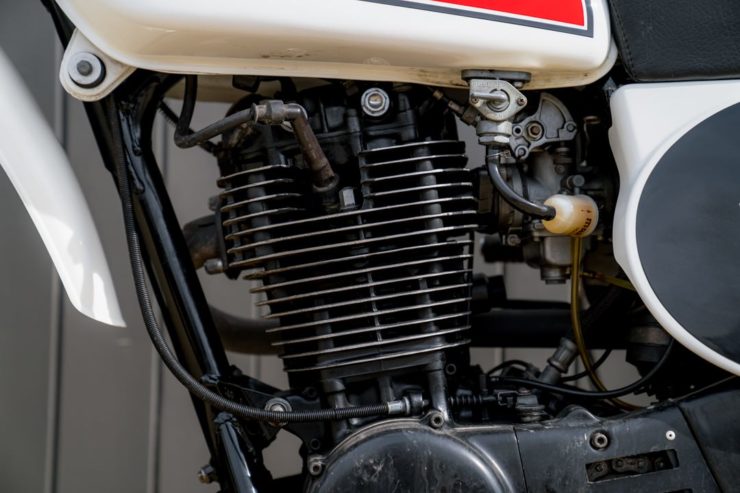 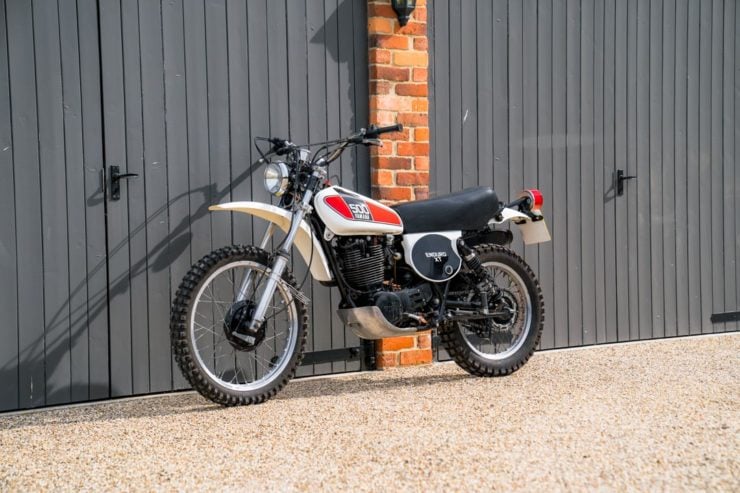 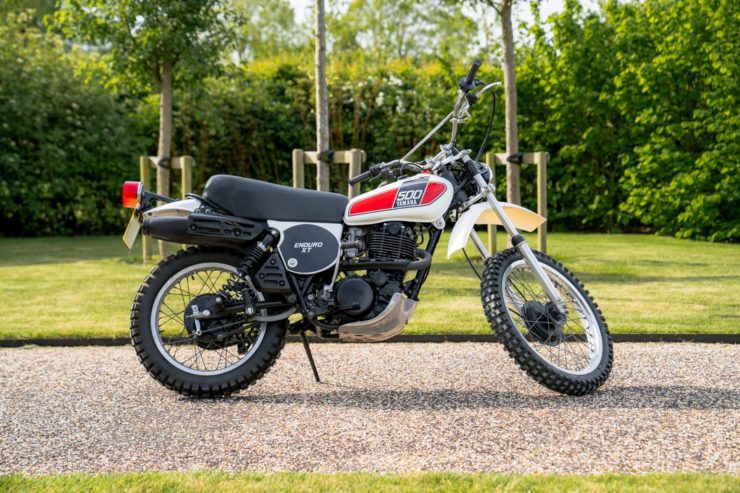 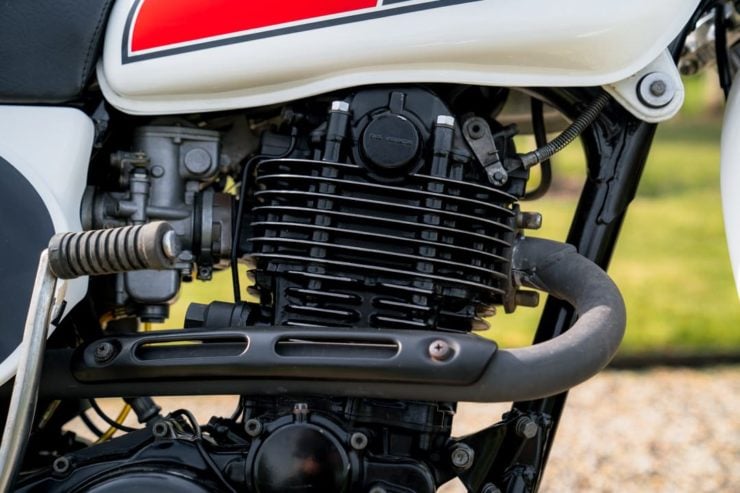 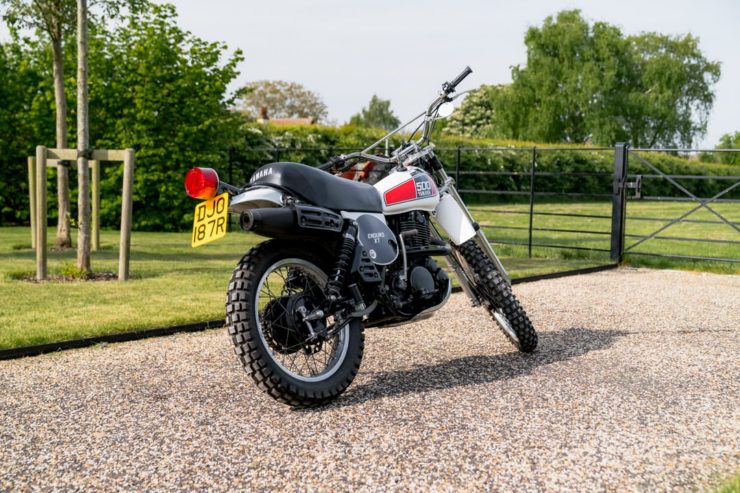 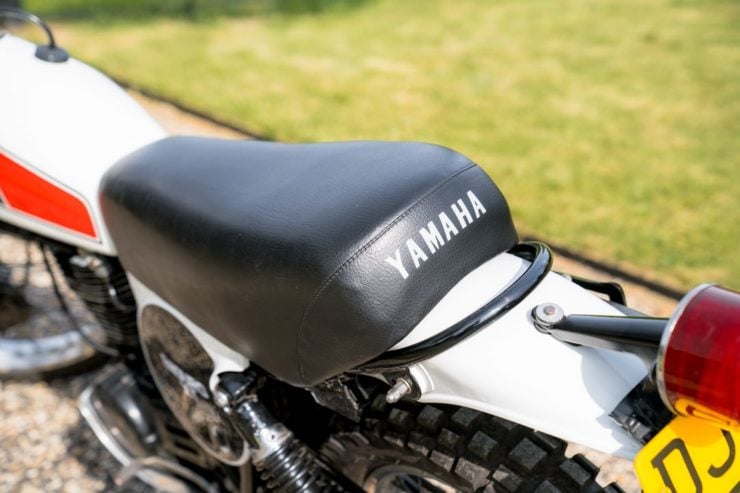 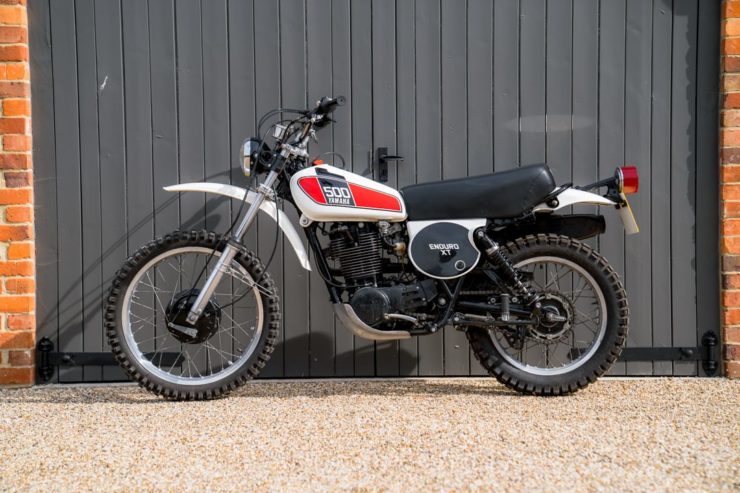