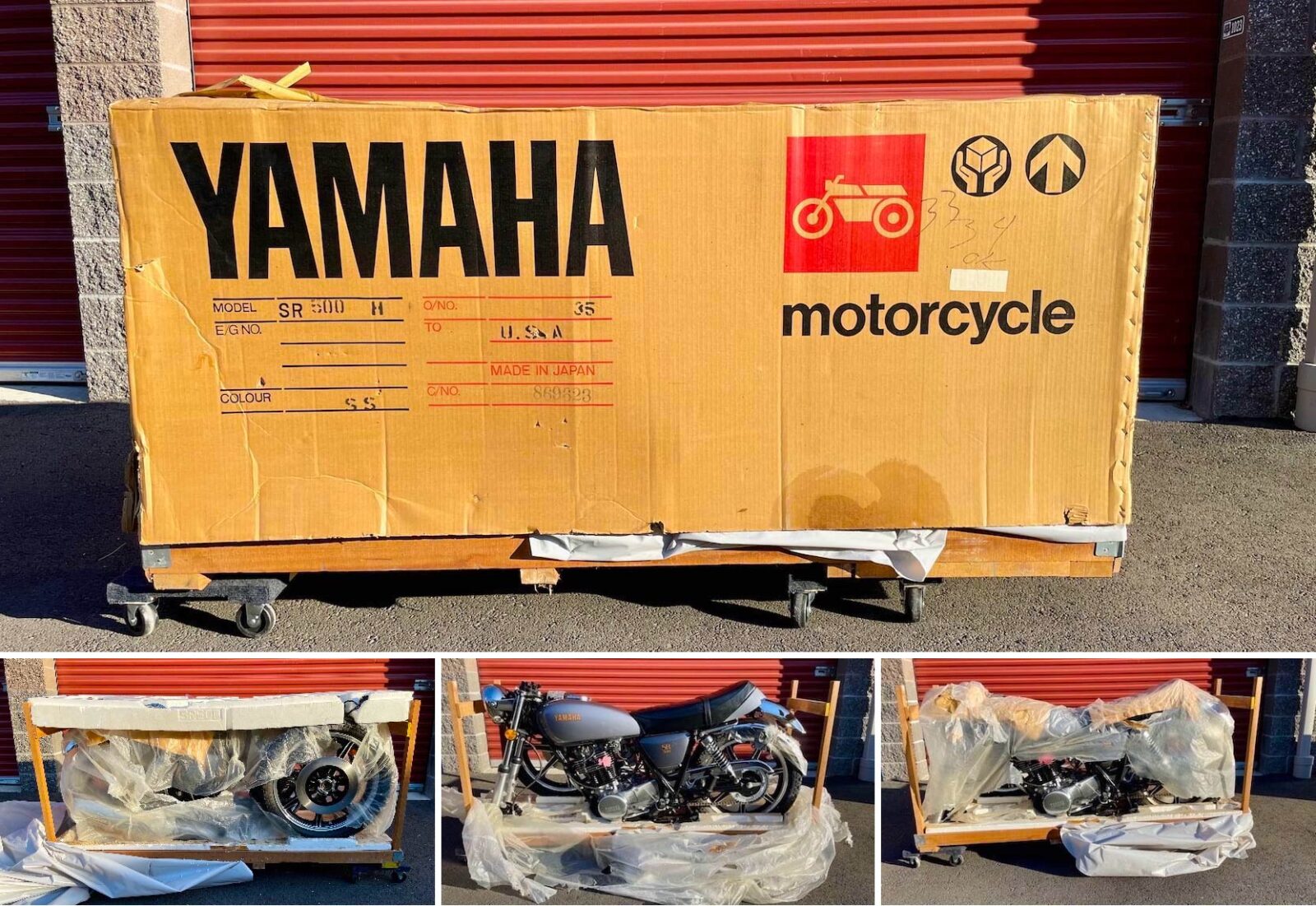 This Yamaha SR500 is possibly the only one left in the world still in its original factory crate, having never been unpackaged, assembled, or ridden.

The SR500 was the road-going version of the Yamaha XT500, an indestructible off-road motorcycle that is best remembered today for its dominance in the early days of the grueling Paris-Dakar Rally – winning the first and second editions of the event in 1979 and 1980.

The Yamaha SR500 – King Of The Modern Thumpers

When Yamaha stylist Atsushi Ishiyama was introducing a prototype of the SR500 to dealers in the USA in 1975 he said:

“Our choice was to design the new SR500 with a strong family image and a strong link to our first four stroke, the XS 650 twin, which was also inspired by British design.” 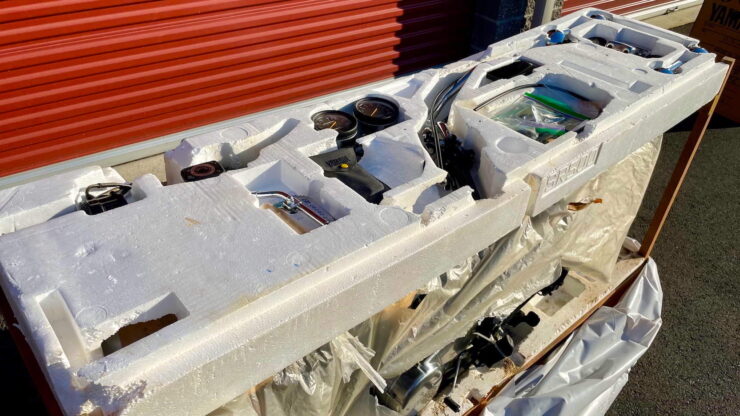 The handlebars, gauges, switchgear, and mirrors are all stored in this protective foam cap on top of the wooden crate.

With inspiration clearly taken from the Brits with their parallel twins and large singles the engineers at Yamaha set about making them modern and reliable, with upgrades like unit construction, overhead cams, and over-engineering to give them bulletproof reliability.

In order to prove their toughness they sent the Yamaha XT500 to compete, first in the 1977 500cc Motocross World Championship with Bengt Åberg int the saddle, competing against the dominant two-strokes.

Amazingly Åberg was able to win the 1977 500cc Luxembourg Grand Prix and he ended the season ranked 9th, an achievement few had predicted at the beginning of the season. After this Yamaha sent the XT500 to compete in the big African rallies, starting with the Paris–Abidjan-Nice followed by the Paris–Dakar Rally in 1979 and 1980, both of which it won.

With its engineering chops now proven before a global audience sales of both the XT500 and the SR500, which was powered by essentially the exact same engine, were strong. So strong in fact that it became one of the longest-produced model families in Yamaha history, with production running from 1978 to the current day. 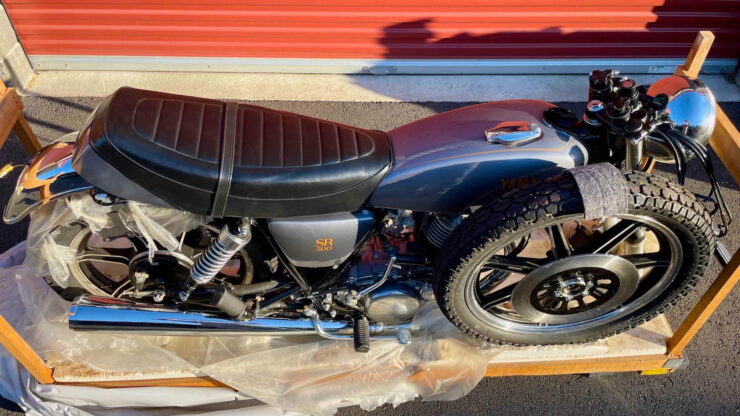 The bike looks like it could have rolled off the factory floor in Japan earlier the same day, but it’s actually been sitting in its crate for over 40 years.

The bike is now in production as the SR400, with fundamentally the same engine but with a shorter stroke, an increased compression ratio, and fuel-injection to help it pass modern emissions standards.

The SR500H was the model offered for sale in the US market in 1981, this was also the final year the model was offered in the United States, which may explain how this one ended up staying in its crate for so long.

For many years the bike was owned by Charles “Chuck” Hardin of Empire Cycle in Spokane, Washington, who opted to keep it in its crate and preserve it as is. The bike is now due to cross the auction block with Mecum in late January exactly as you see it here in these images – crated and unassembled.

It’ll be interesting to see what the new owner opts to do with it, whether it stays in the crate or is removed, assembled, and ridden. It’s difficult to predict what it might sell for, the bike is a cult classic after all and this is the first one we’ve ever seen come up for sale in its crate, Mecum are offering it without reserve.

If you’d like to read more about this SR500 or register to bid you can click here to visit the listing. 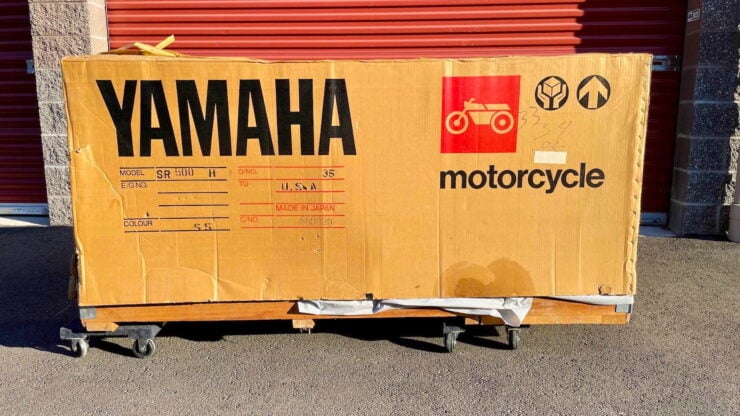 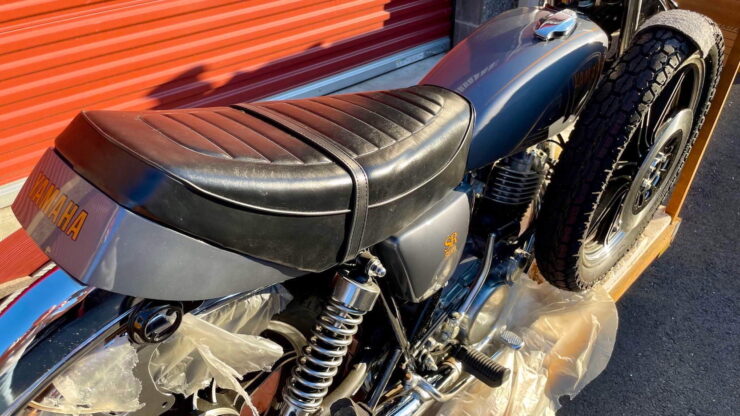 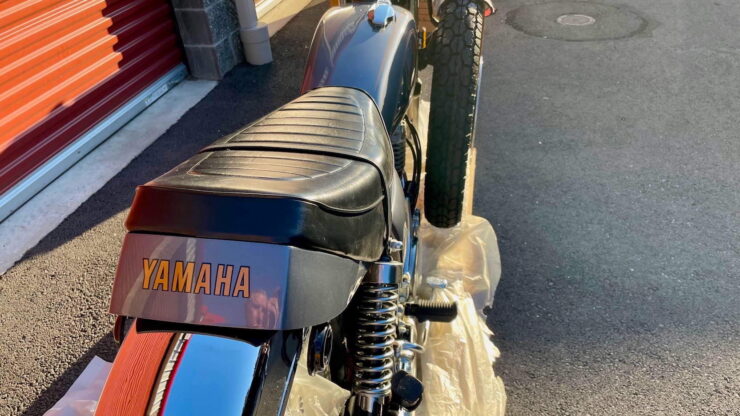 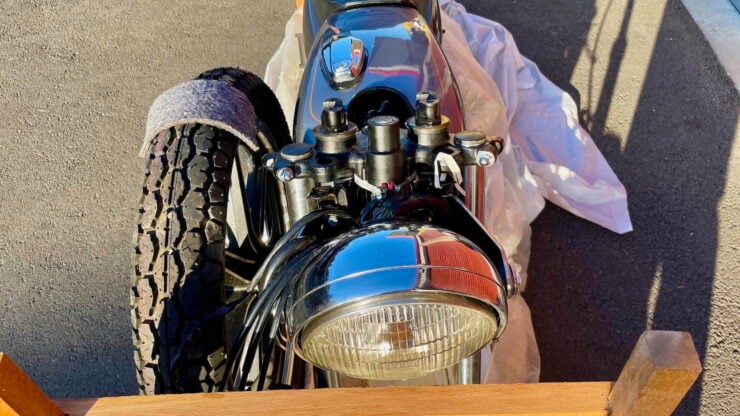 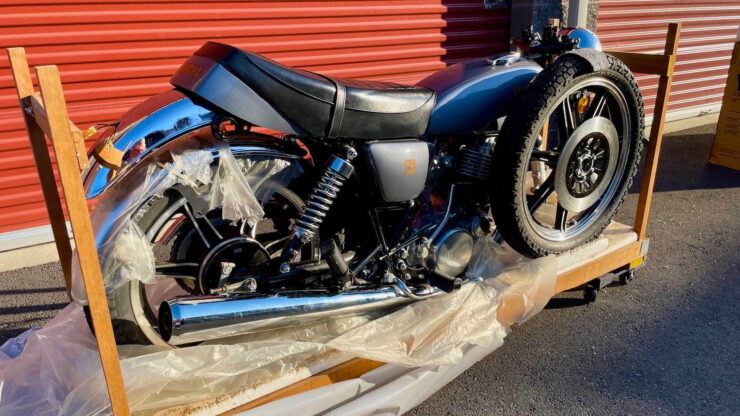 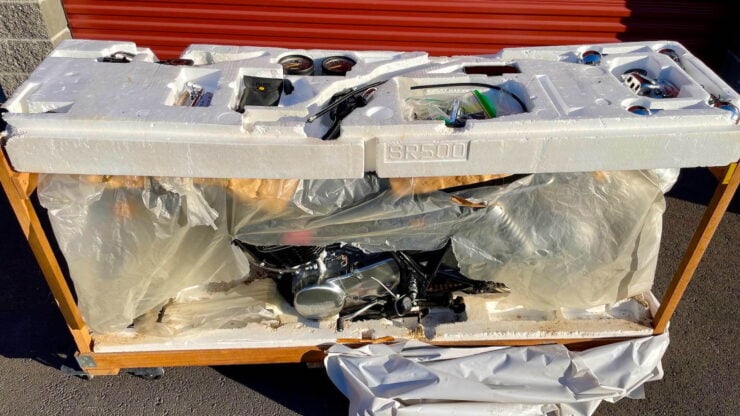 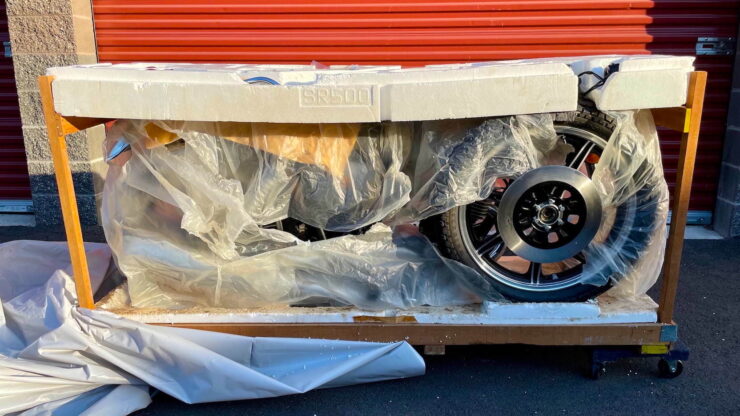 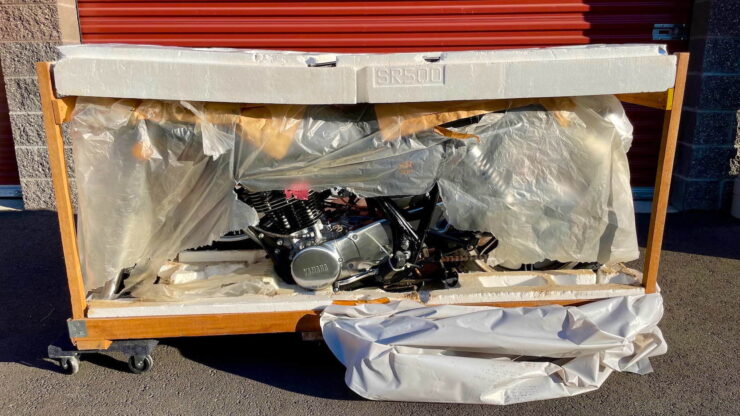 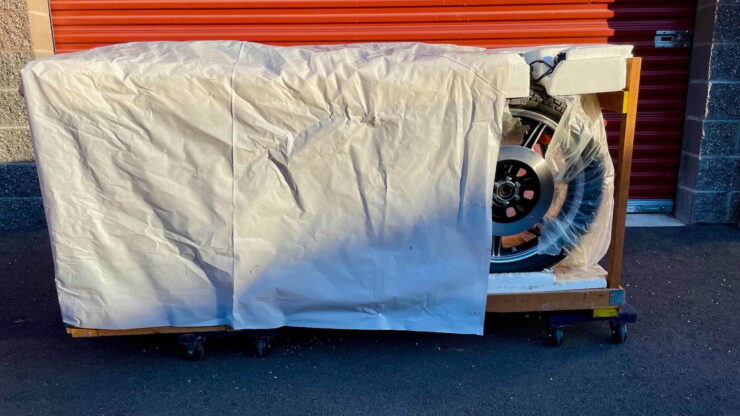 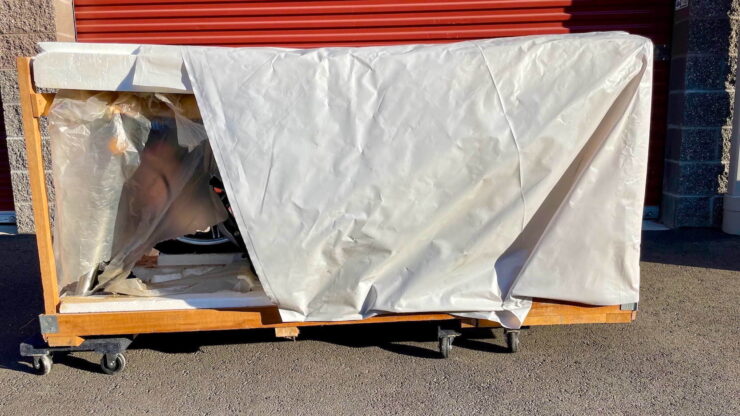