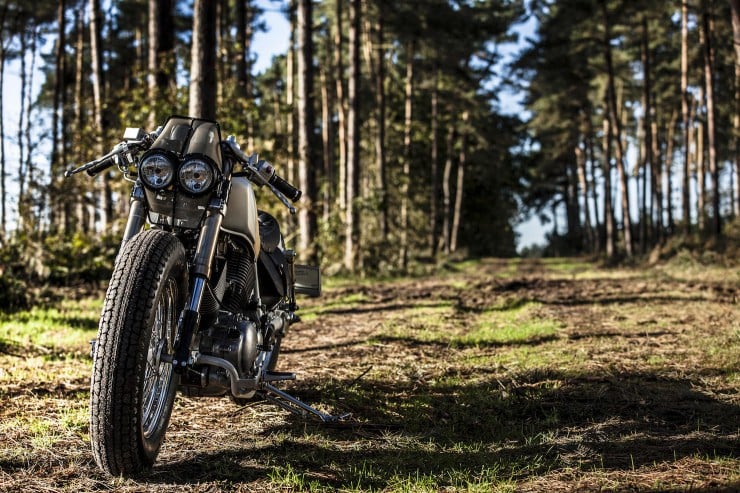 This Yamaha Virago XV535 custom, dubbed “Bulldog”, is the latest two-wheeled release from Old Empire Motorcycles – a British custom motorcycle workshop that’s become famous for their work with Royal Enfields over the past 2 years.

The Virago has become a popular target for custom bike builders in recent years, largely due to the eye catching work of Classified Moto and Doc’s Chops. The solidly built Japanese V-Twin was originally released in 1981 and over the course to its life it’s been offered in engine capacities of 250, 500, 535, 750, 900, 920, 1000 and 1100.

The most popular target for customisation has traditionally been the 1100cc model although in stock trim it produces a relatively low 61hp and weighs in at 221kgs, the 535 produces 42.3hp and weighs in at a lighter 188kgs – potentially making it a far better bike for tight twisty British roads.

As the build of this bike was progressing, OEM decided to name it “Bulldog” in deference to the Bristol Bulldog, a British RAF single-seat biplane fighter designed during the 1920’s that became famous for its stocky, no-nonsense shape and ability to take a substantial amount of damage and stay airborne.

The build began as they all do, with the bike being stripped back to its bare essentials so the frame and engine can be clearly seen. The team began the build by adding inverted forks and re-lacing the wheels to fit 16’’ rims fitted with with Avon SM MK2 tires.  When looking to replace the original fuel tank the team found an old Japanese sports bike tank, they aren’t sure exactly which bike it came on originally so if you know be sure to message them here and let them know.

The completed bike makes use of steel mesh around the headlight as well as on the fuel tank, its a unique look and works well on this bike and I can imagine that the look will be emulated by other builders – especially that headlight cowl. 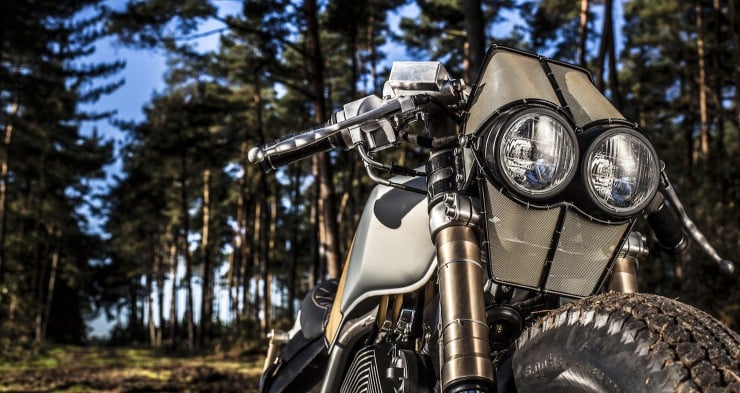 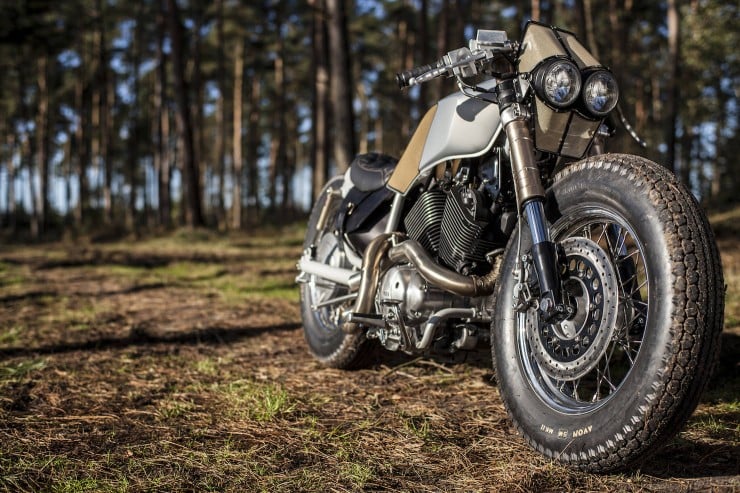 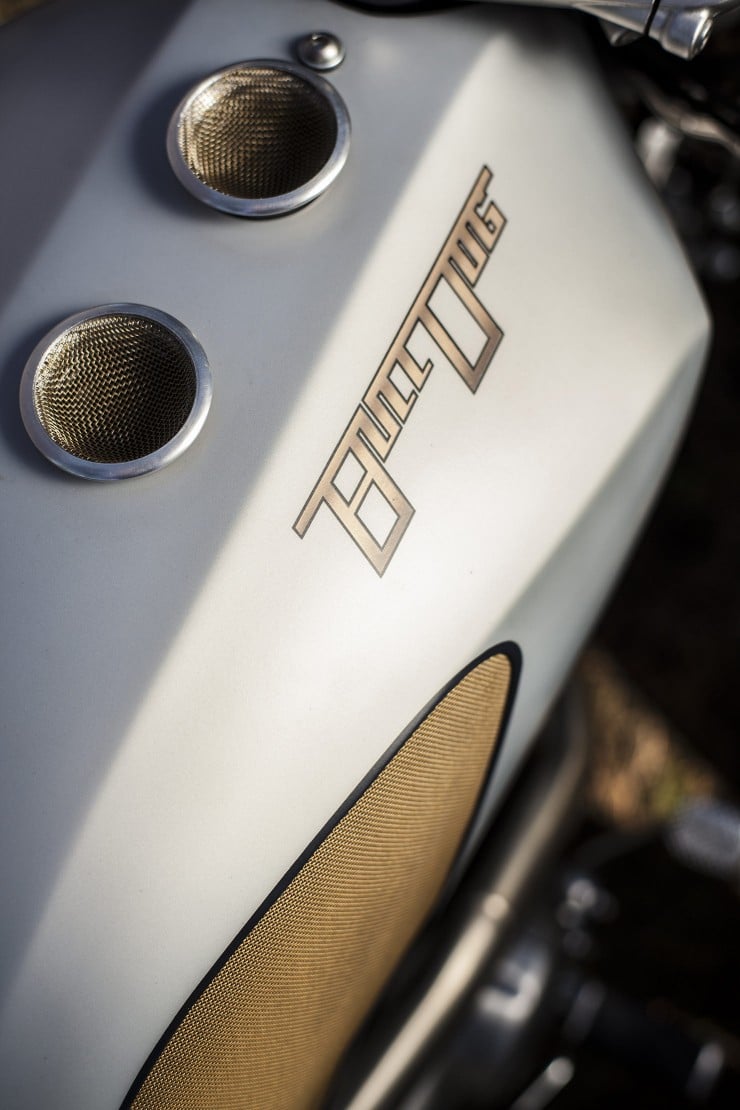 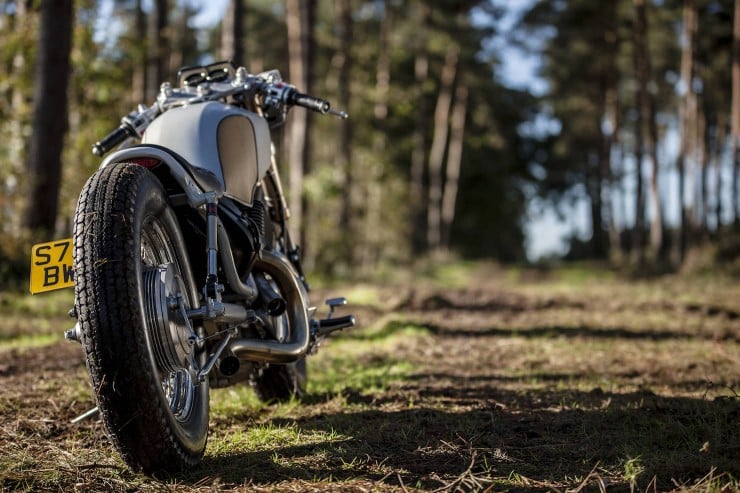 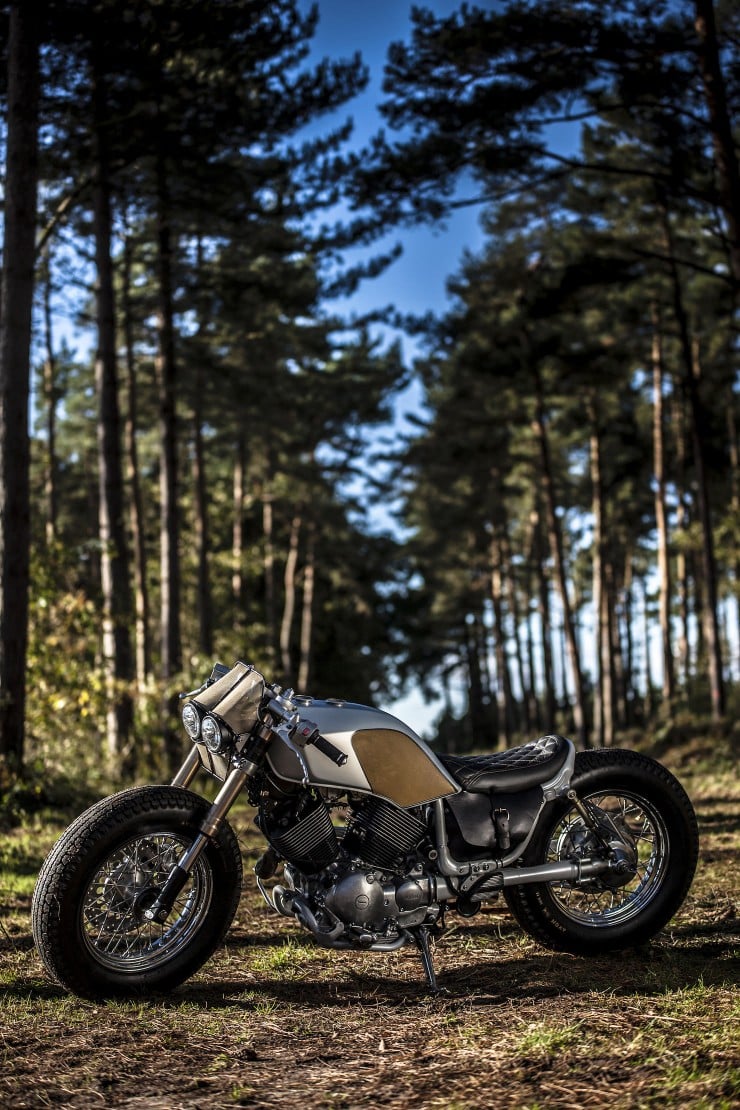 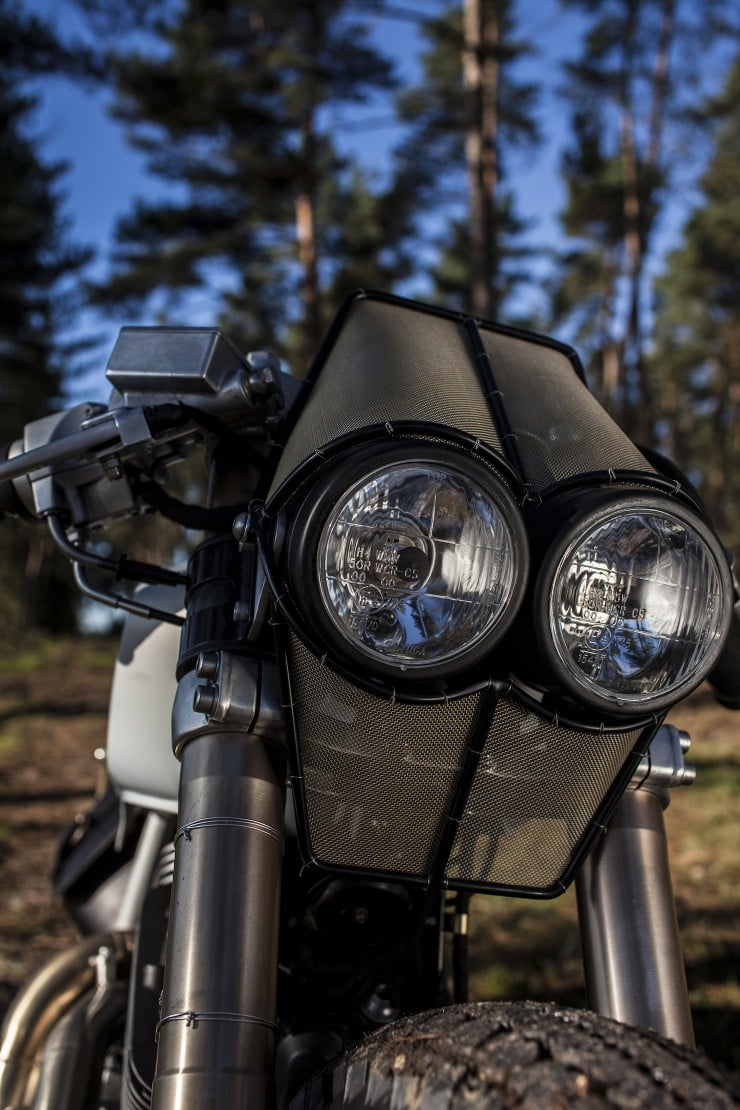 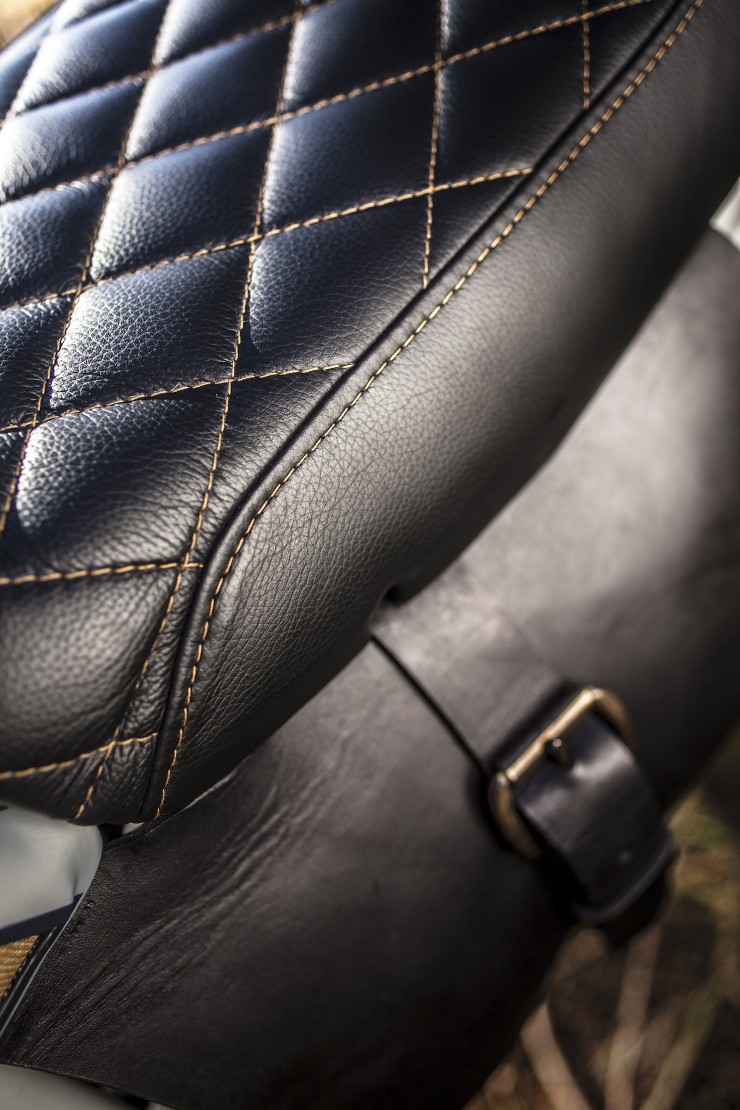 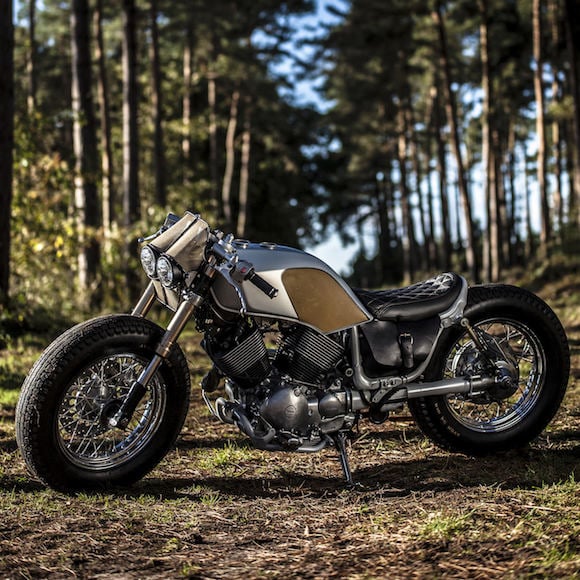