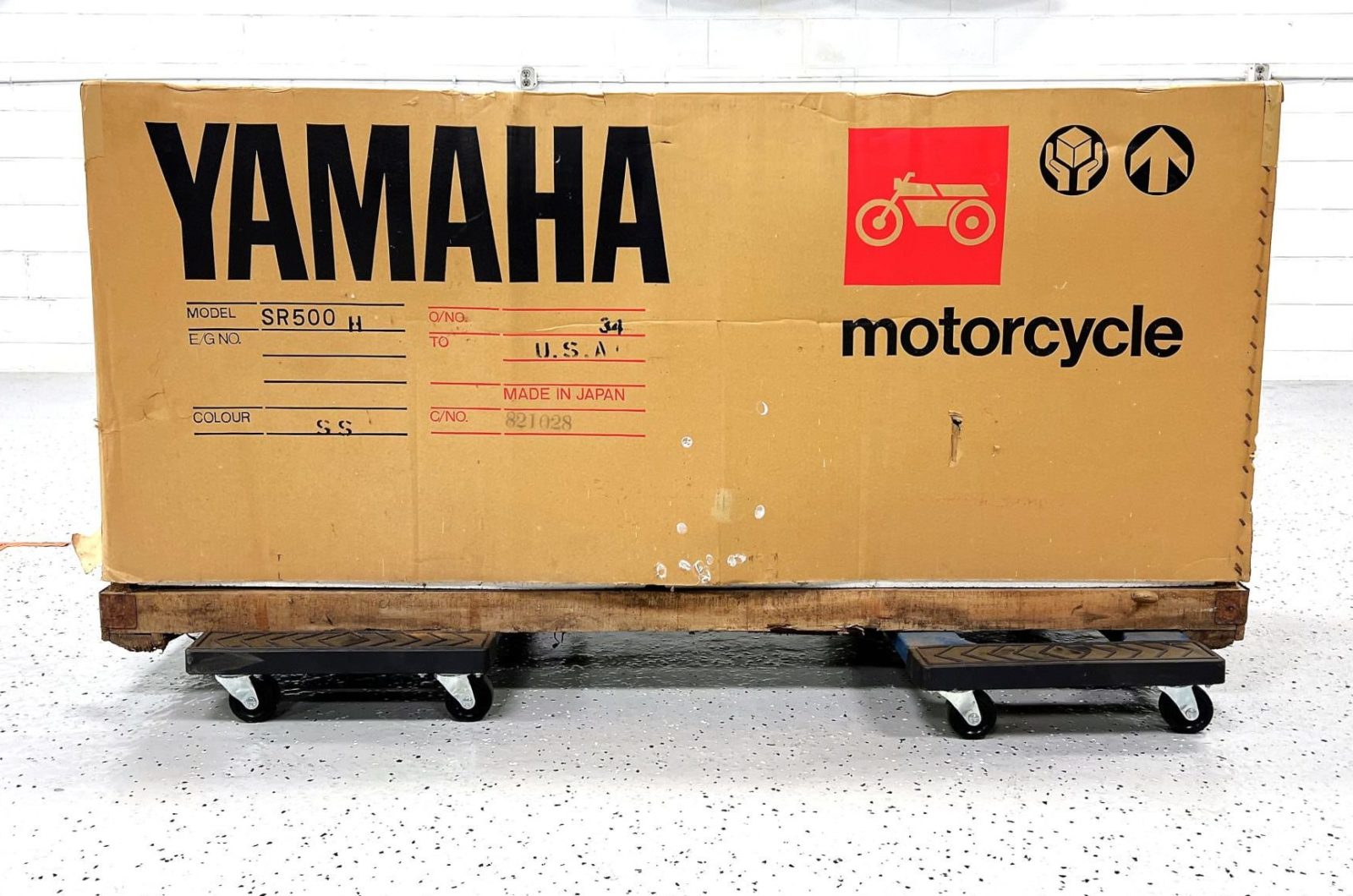 Interestingly this is the second time we’ve featured a 1981 Yamaha SR500 that is still brand new in its original factory crate in the past 12 months, so if you have a little déjà vu don’t worry, so do we.

The reason that two essentially identical examples of the 1981 Yamaha SR500 appeared for sale still in their shipping crates with 0 miles on the odometer is that they were both bought by the same man when new, but sadly his intended plan for them would never come to fruition.

In 1981 you could walk into a Yamaha motorcycle dealer and buy yourself a road legal street bike that was powered by the same engine that had propelled the Yamaha XT500 to wins in the Paris-Dakar Rally for the previous two years – 1979 and 1980. 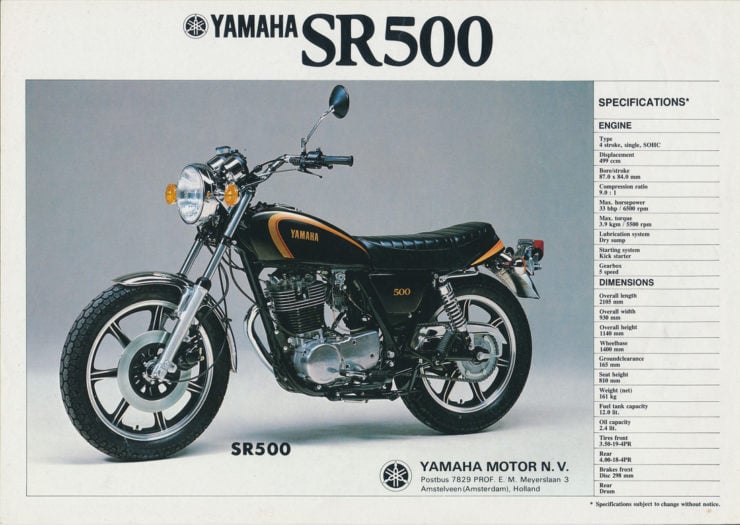 Though the specifications of the SR500 may not seem that impressive, the engine won the first two runnings of the Paris Dakar Rally, and it became one of the most enduring engine designs in Yamaha history.

On paper, the specifications of the Yamaha SR500 don’t seem particularly interesting. It’s powered by a 500cc single-cylinder, air-cooled engine with a single overhead cam, two valves, a single carburetor, a single exhaust, and a built-in 5-speed gearbox.

The engine is fitted to a tubular steel half duplex cradle frame, it has standard telescopic forks up front and a pair of adjustable shock absorbers in the rear. There’s seating and pegs for two and the usual assortment of blinkers, a headlight and taillight.

Despite the somewhat average sounding specs, the SR500 and its stablemate the SR400, would become cult classics in Japan and around the world.

The low weight and extreme reliability of the bike endeared it to urban riders and custom motorcycle builders have created a vast array of unusual bikes based on the SR500 including cafe racers, scramblers, flat trackers, brat style bikes, and a wild center-steer creation by Japan’s Skull Motorcycles. 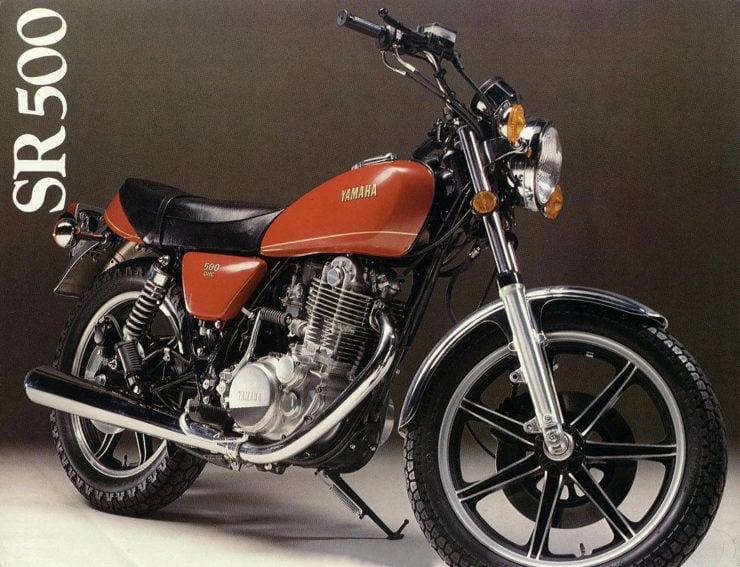 A wide variety of different versions of the SR500 were offered from the factory, and custom motorcycle builders around the world have long favored the model as a starting point.

The SR500 was originally released in 1978 and it was sold until 1999 at which time it was replaced by the SR400. Even though the SR400 is powered by a slightly smaller engine at 400cc the power levels were similar and from 2010 onwards it was given fuel injection to meet modern emissions regulations.

How This SR500 Ended Up In A Crate

The reason that two SR500s ended up in crates is a little sad, but it has now provided unique opportunities for two people to buy brand new examples of one of Yamaha’s most important models.

I’ll turn it over here for the seller to tell you the story below:

“This bike, along with a second matching bike, were both purchased brand new, in 1981 by a gentleman from Harrison Township, Michigan. He bought one for himself and one for his son and he took delivery of them both in the crate as he planned to assemble them himself with his son.”

“His son never got into motorcycles, time passed on, and 41 years later he decided it was time to sell off some stuff.”

The bike you see here is one of the original pair, and you can read about the other one here if you’re interested.

This one is currently being offered for sale on Bring A Trailer out of Livonia, Michigan. If you’d you like to read more about it or register to bid you can visit the listing here. 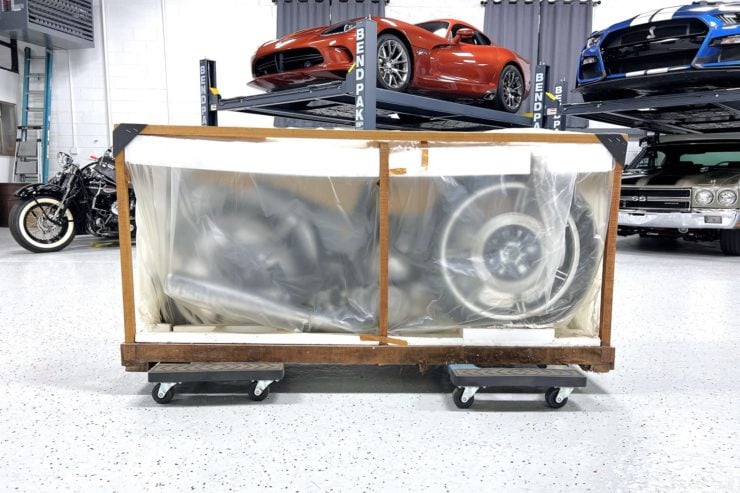 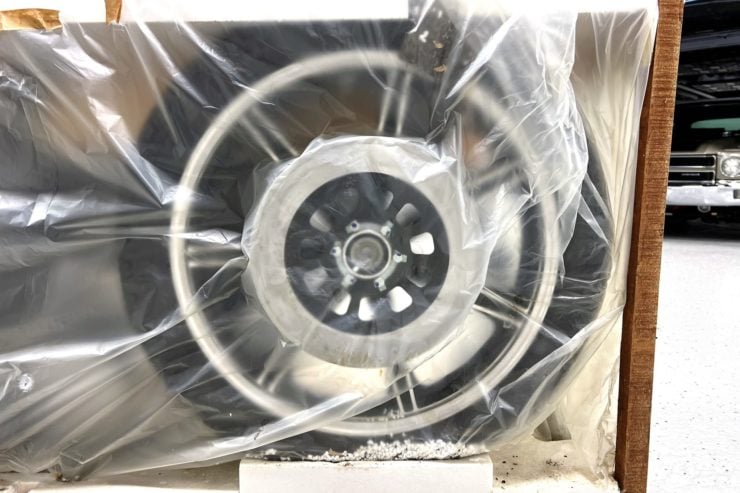 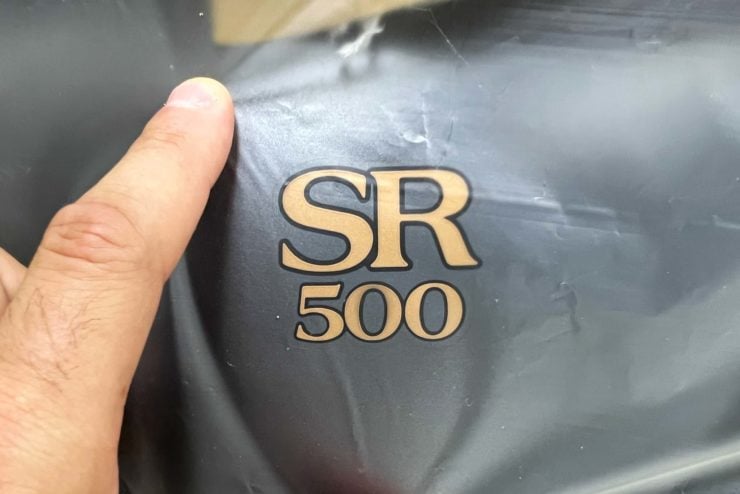 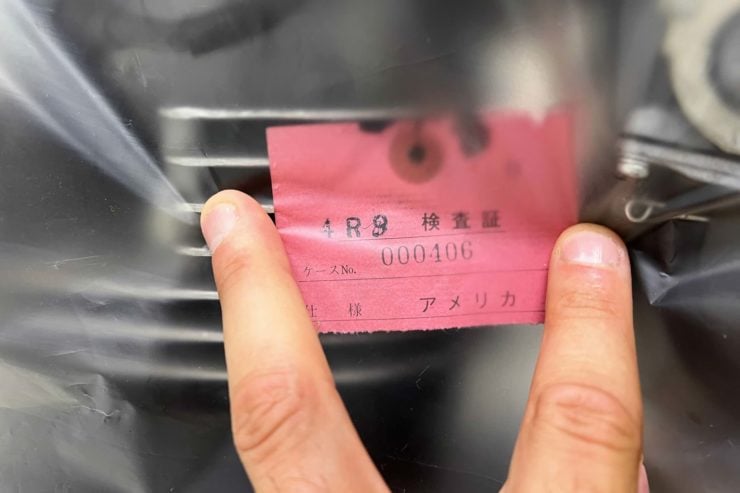 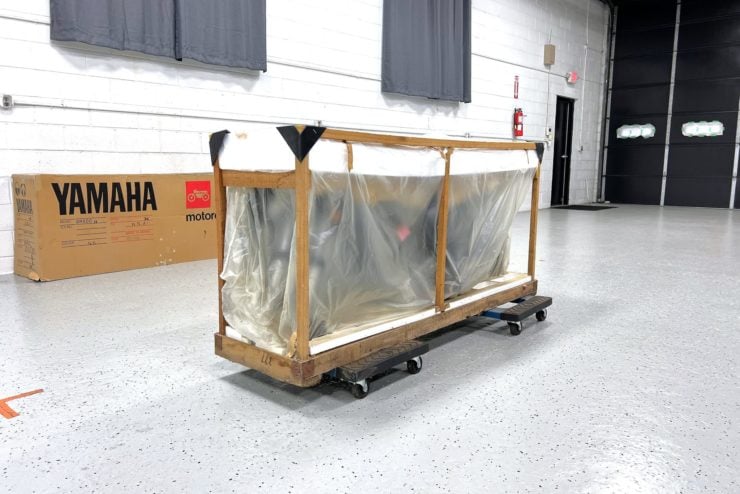 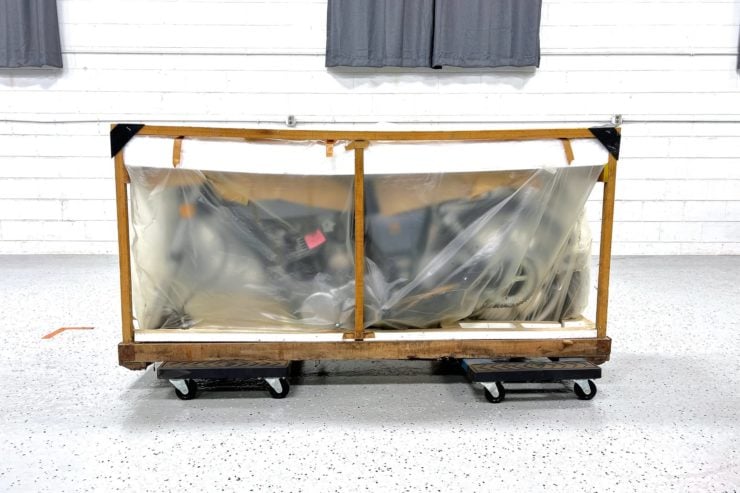 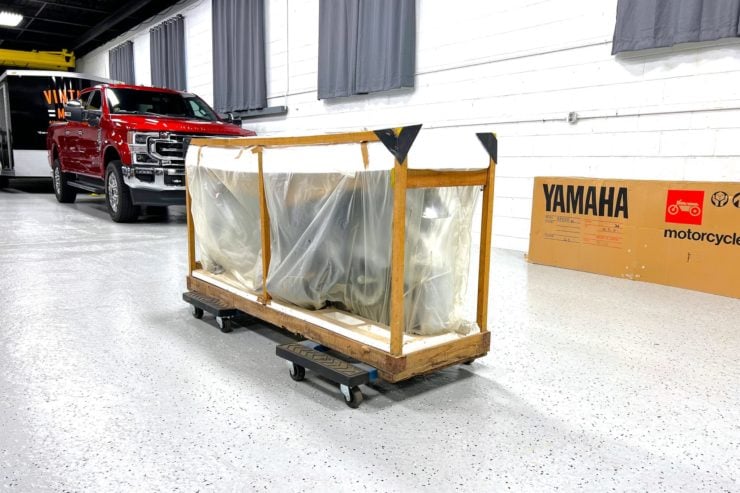 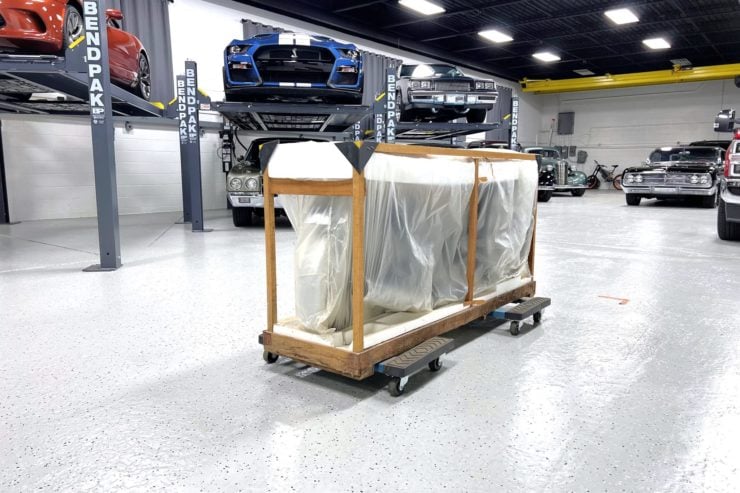 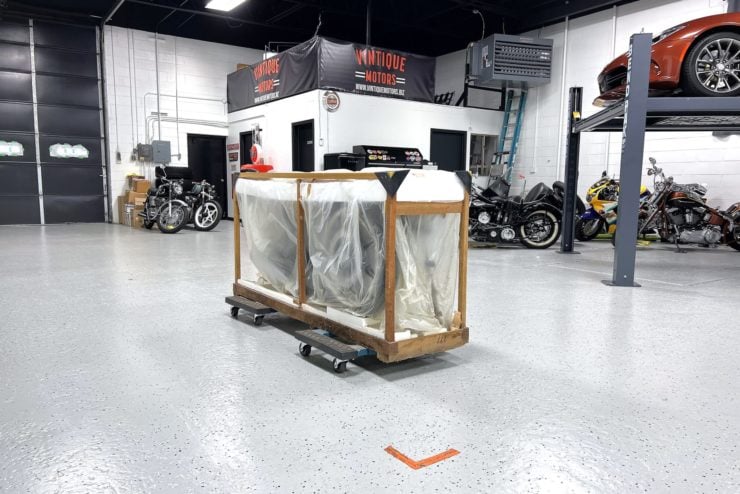 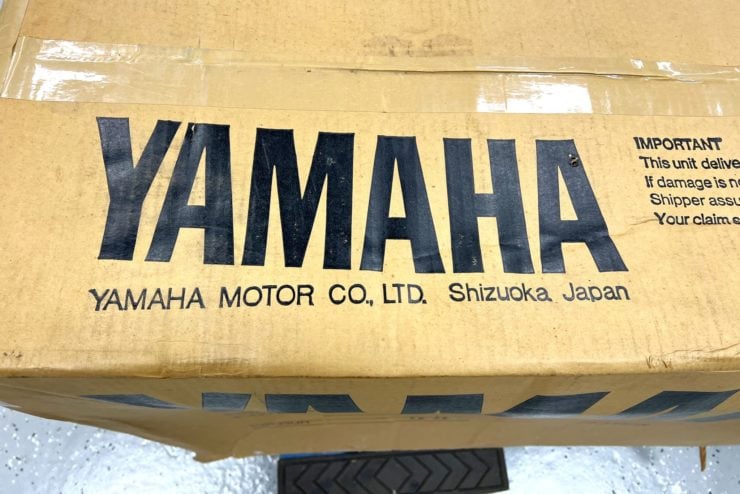 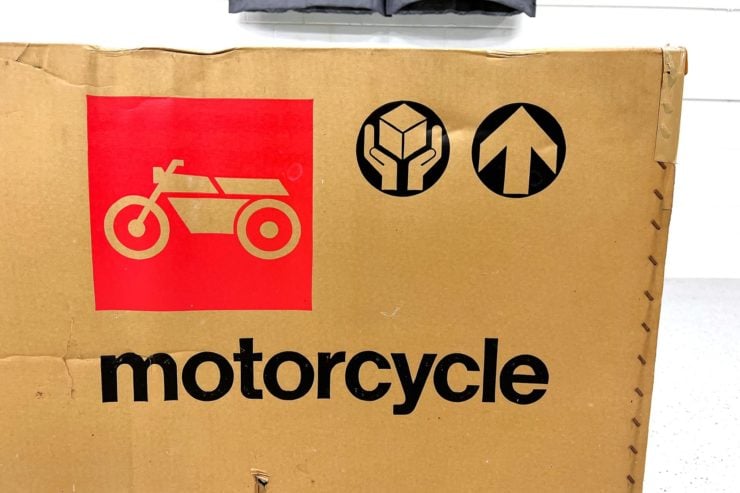 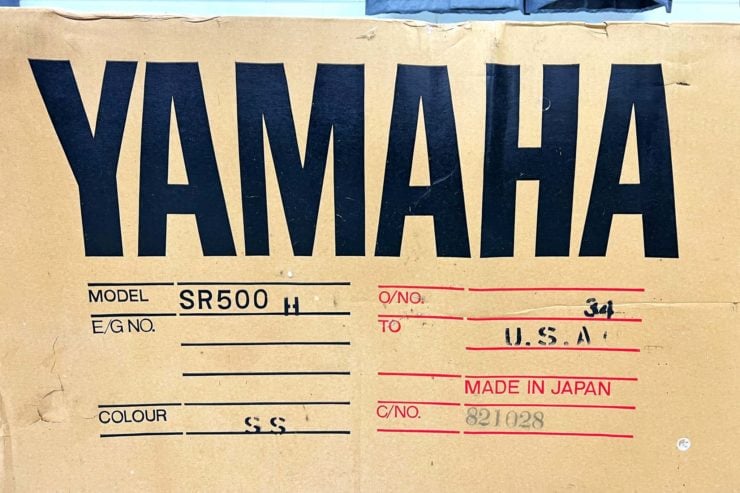