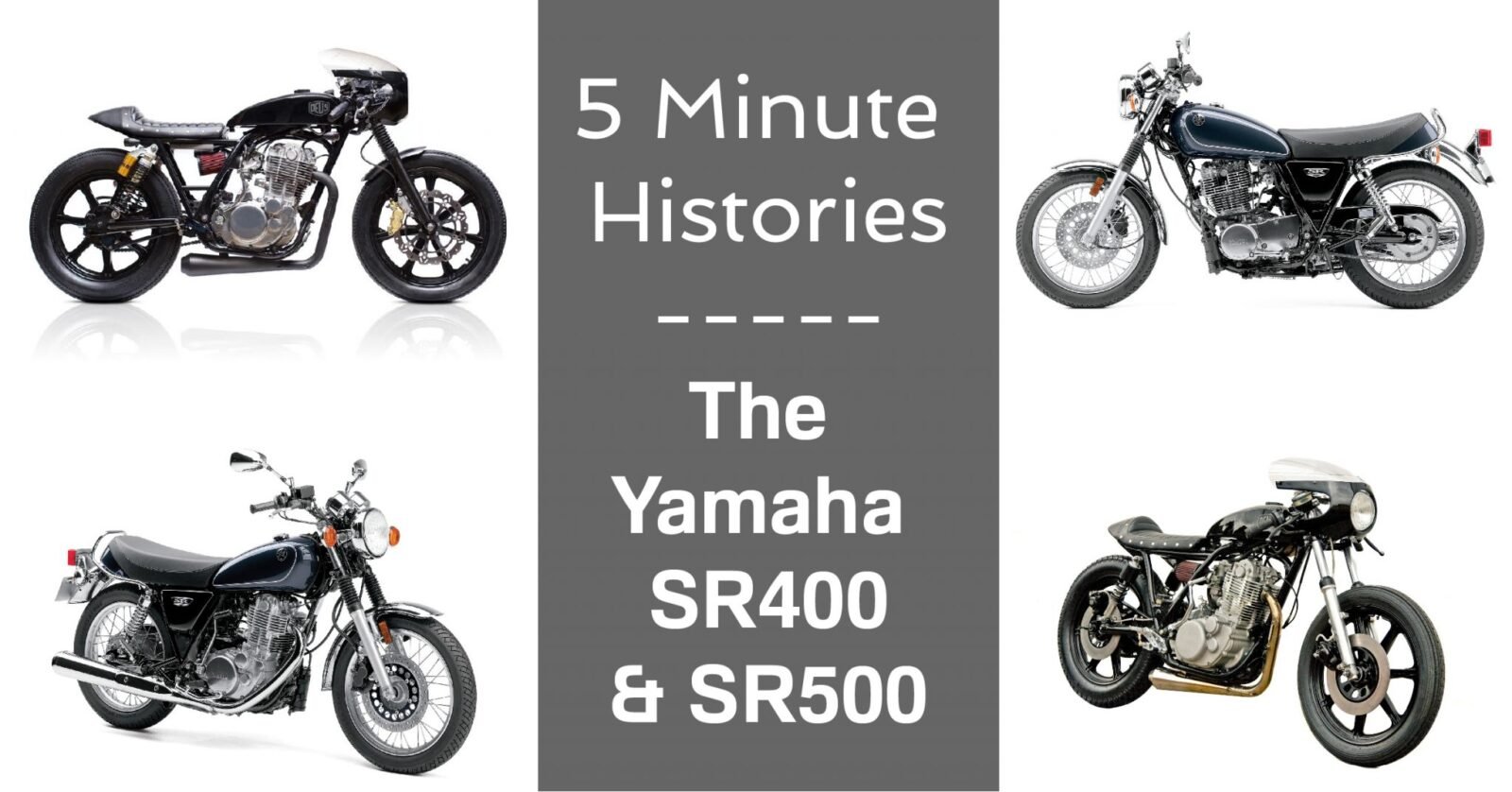 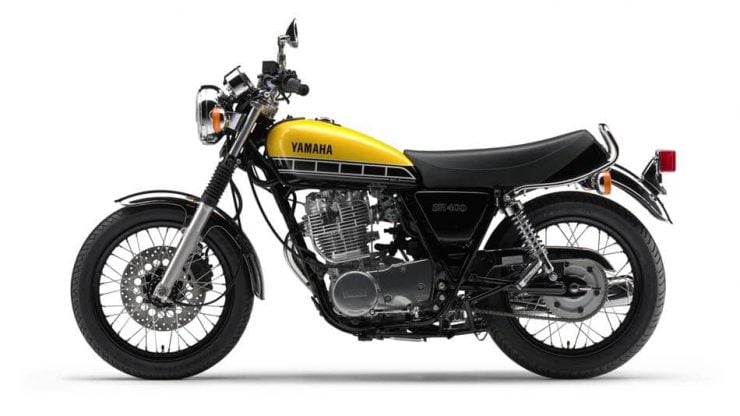 Back in 1978 when Yamaha first created the SR500 it was intended to be a Japanese replacement for British thumpers like the Manx Norton – yet Yamaha also made it a bike for entry level riders by building the SR series to be easy to ride and easy to maintain.

The Yamaha SR400 and SR500 really begin with the engine fitted to the Yamaha XT500 enduro/adventure motorcycle made from 1975-1981. The XT500 was a bike built for lively performance and had rugged, simple construction. It was a bike that was successfully campaigned in the Paris–Abidjan-Nice and then the Paris–Dakar Rallies establishing itself as a credible adventure machine.

Yamaha took the engine used in the XT500 and created two versions of it, the longer stroke 499cc capacity version and the same engine with a slightly shorter stroke giving it a just under 400cc capacity and an interestingly different personality for the SR400. So it was pretty much the same engine used in the XT500 and the SR500 and the shorter stroke engine for the SR400 initially made for the Japanese Domestic Market. The SR400 was first shown in Japan in 1978 and was restricted to the Japanese market, its engine capacity having been reduced to comply with Japanese motorcycle licensing regulations.

The bike’s engine being a simple SOHC single cylinder four stroke with two valves and a dry sump, the oil being stored in the frame down-tubes. With a compression ratio of 9:1 the shorter stroke SR400 quickly acquired a reputation for its free revving abilities and responsive power.

The use of the down-tubes of the bike’s half-duplex cradle frame as the oil reservoir enabled the bike to be made slim and obviated the need for an oil cooler. The slim line of the bike made it a great “between the cars” commuter bike no doubt suited to negotiating the traffic in down town Tokyo just as its SR500 export market sibling was a great bike for negotiating the traffic in down-town Los Angles, London, or Sydney. 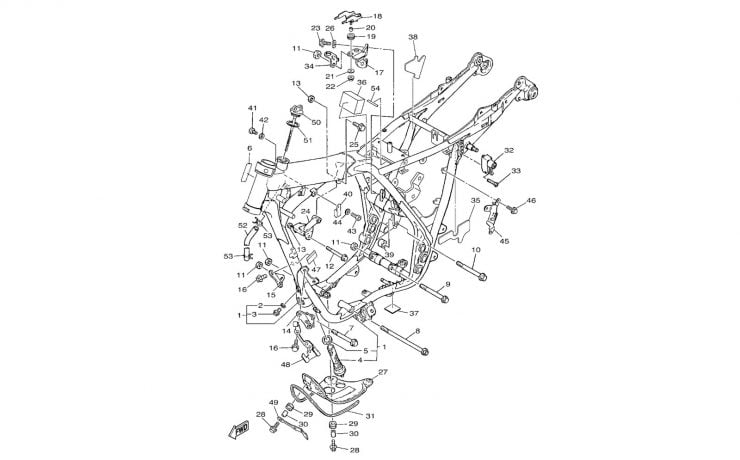 The export market SR500 kept the enduro/adventure bike’s engine pretty much unchanged. This engine is known for its smooth low revving torque delivery and that quality made it a great bike for beginner riders and for riders who were looking for a bike to relax and enjoy the ride on. Introduced to the US market in 1978 and also to Europe and Australia the SR500 won Moto of the Year award from German motorcycle magazine Motorrad two years in succession yet down in Australia it didn’t immediately gain acclaim.

At the time of its introduction it seems the motorcycle press and public saw it as an entry level bike and it took them a while to warm to it and discover the SR500’s personality. The Yamaha SR500 stayed in production until 1999 with new bikes finally disappearing from showroom floors in 2000.

That twenty one year production run was not over however as the SR400 in Japan stayed in production with just a one year break between 2008-2009 and the new SR400 finally made its way into US, European and Australian export markets in 2014 – this has been a version of the bike that has been a natural for modern café racer and scrambler custom builds. 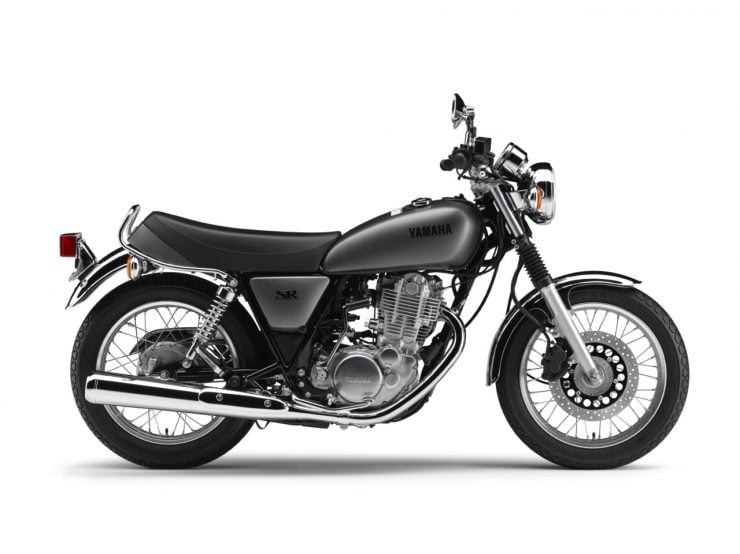 The New Version Of The Yamaha SR400

The newer version of the bike is not a lot different to the 1978 versions. The frame is the same half-duplex cradle but the engine no longer breathes through a single carburettor – it now has electronic fuel injection. The new bike has a front hydraulic disc brake and mechanical drum at the rear replacing the front drum of the earlier bikes.

The gearbox is the same five speed unit. Yet despite its modernizations Yamaha have chosen to keep the kick start of the original. Kick starting is made easier by provision of a sight glass so the engine can be correctly positioned just past top dead center and a decompression lever. The bikes tend to start easily from cold, normally taking from one to three kicks, and once warm start on the first kick. Happily the speedometer and tachometer still use the same simple cable operation as the seventies original.

The new bike uses rubber mountings on the engine and gearbox unit to dampen out vibrations a bit better so they feel a bit smoother than the old ones which is preferred if one is highway cruising for any lengthy journey. Top speed is around 90mph (140km/hr) so the bikes can cruise at 100km/hr comfortably.

So the Yamaha SR400 and SR500 had managed thirty six years in production at the time of the 2014 re-introduction to export markets. They are now, as they were back in the seventies, built to be easy to ride, easy to work on, easy to customize, and at least as much thumping rhythmic fun as a Yamaha drum kit, perhaps even more so because a Yamaha drum kit can’t do 90mph.

There are good reasons why this three decade old design has survived and prospered. It’s not because it’s the fastest motorcycle out there, it’s not because it has the most efficient handling. It’s because this is a motorcycle with soul, a bike with a personality that will keep you smiling as its engine transmits its charismatic thump-thump-thump into your chest. 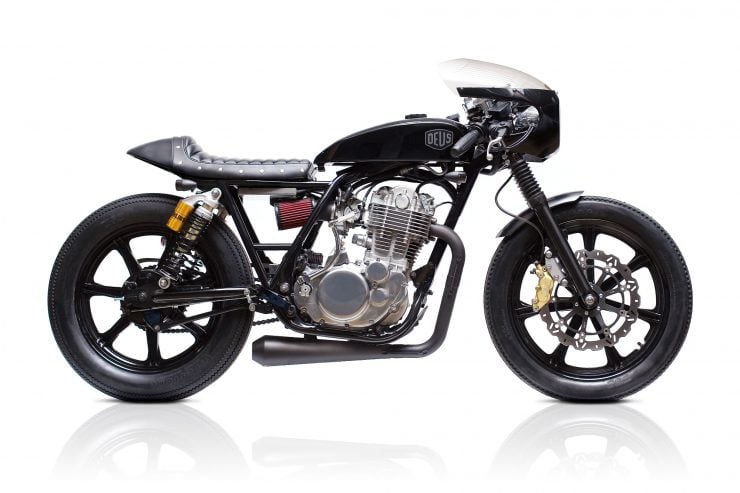 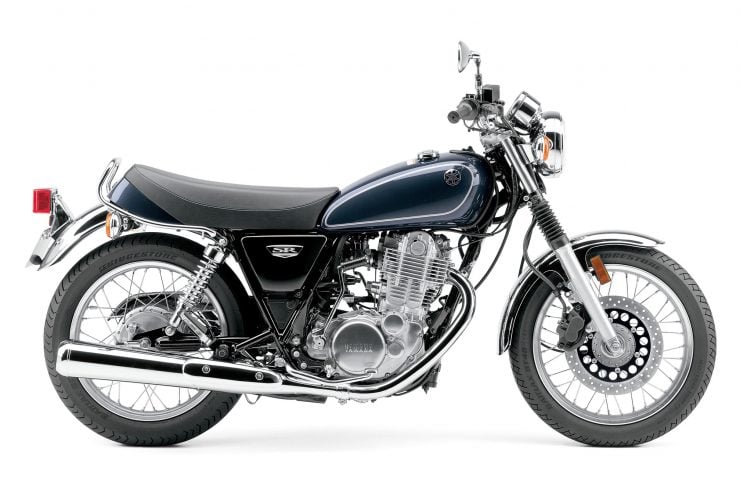 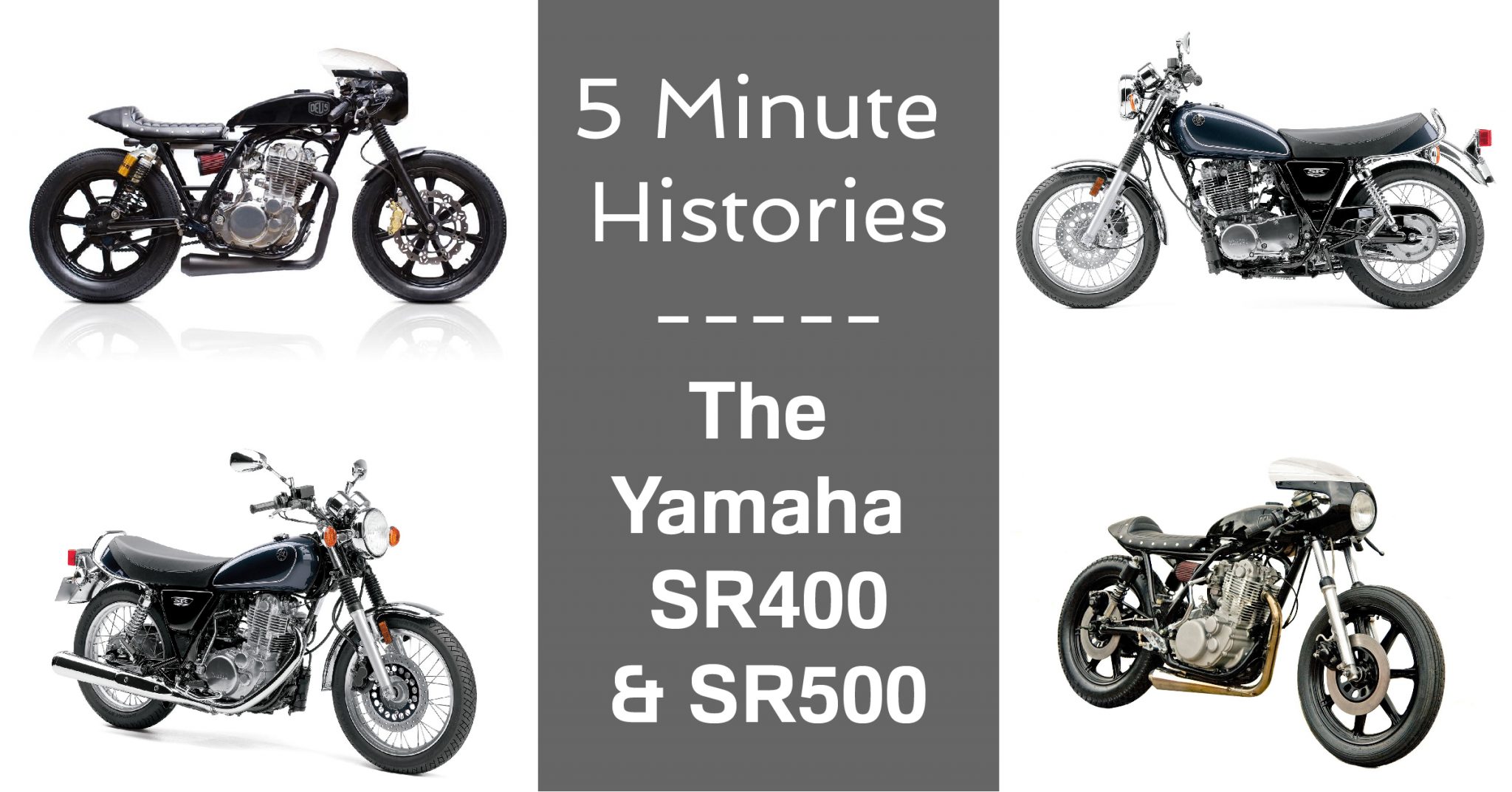