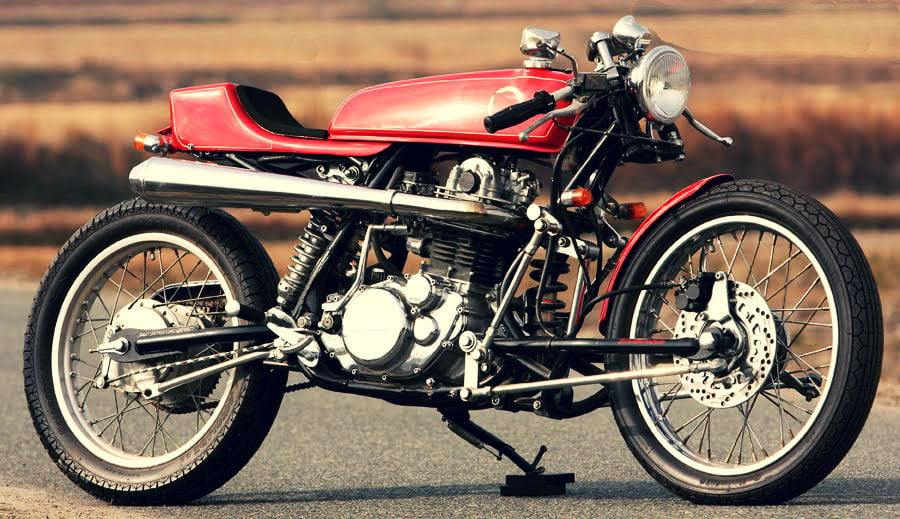 This SR400 by Skull Motorcycles out of Japan is one of those bikes that makes people sit forward and pay attention. The level of work that’s gone into this bike and the amount of time, skill and patience required are self-evident to any man who’s ever picked up a spanner and set to work on a motorcycle.

I’m in a slightly unusual position here in that the only information I can find on the bike is via The SR Times website, which is entirely in Japanese. Thus I’m using an online translator to decipher as much of the write up as I can, however it is highly possible that I’ve misinterpreted whole swathes of the article. So keep that in mind and if you can read Japanese, for heaven’s sake please translate this and email it to me ([email protected]), I’ll be forever grateful.

It’s clear that every major element on this SR has been modified or replaced entirely, starting from the rear of the bike, the swing-arm and dual-shock set up is all bespoke custom, the seat and rear-cowling are handmade from fibreglass, the fuel tank is off of a vintage Honda Dream 50 and the exhaust is custom with a slip-on muffler (placed rather close to the inner thigh area). 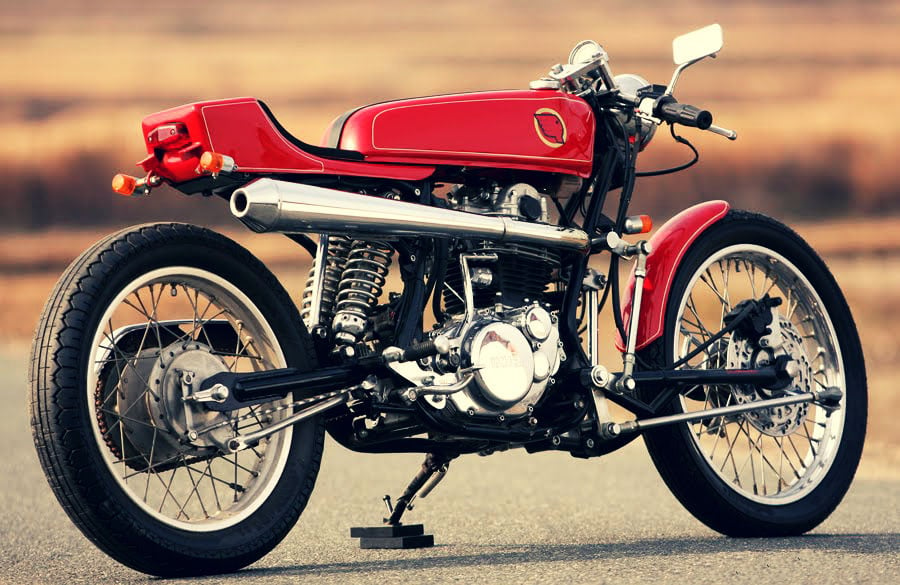 Now to the hub-steering front end. From what I can tell, the hub-steering mechanism used here was inspired by the centre hub steered Bimota, the team at Skull Motorcycles set about creating their own centre hub system, developing their own version in-house through trial and error. There’s no mention of any fatalities so I think we can safely assume they got it right in the end.

I can’t comment on how the bike handles but I can tell you that I’d love to take it out for a spin and see how it rides, hub steered bikes have always both fascinated and scared me.

If you’d like to see more of this unique SR400 or take a shot at translating The SR Times article, hit the link here. 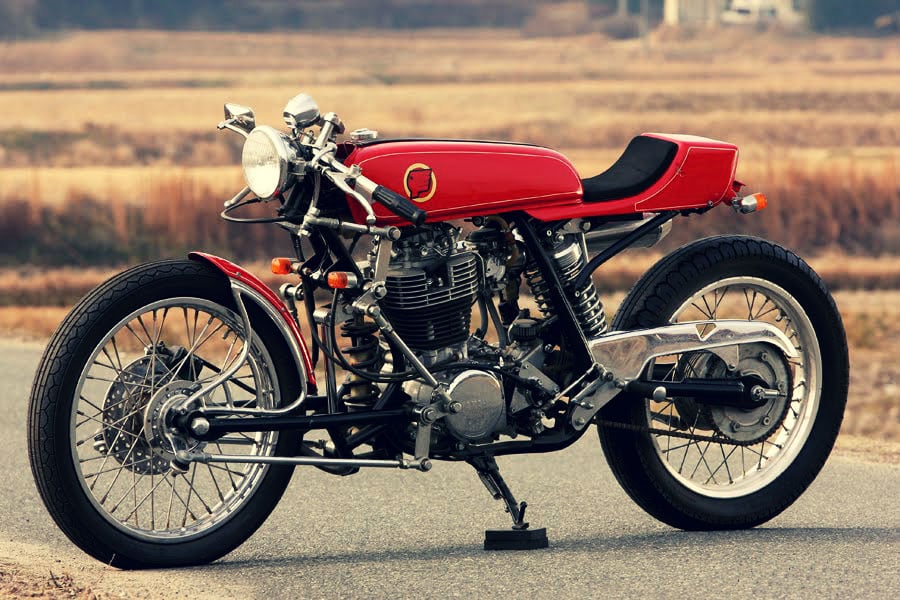 Published by Ben Branch - February 6th 2012
Related Posts
For Sale: The Cagiva V593 That Won The 1993 USGP At Laguna Seca