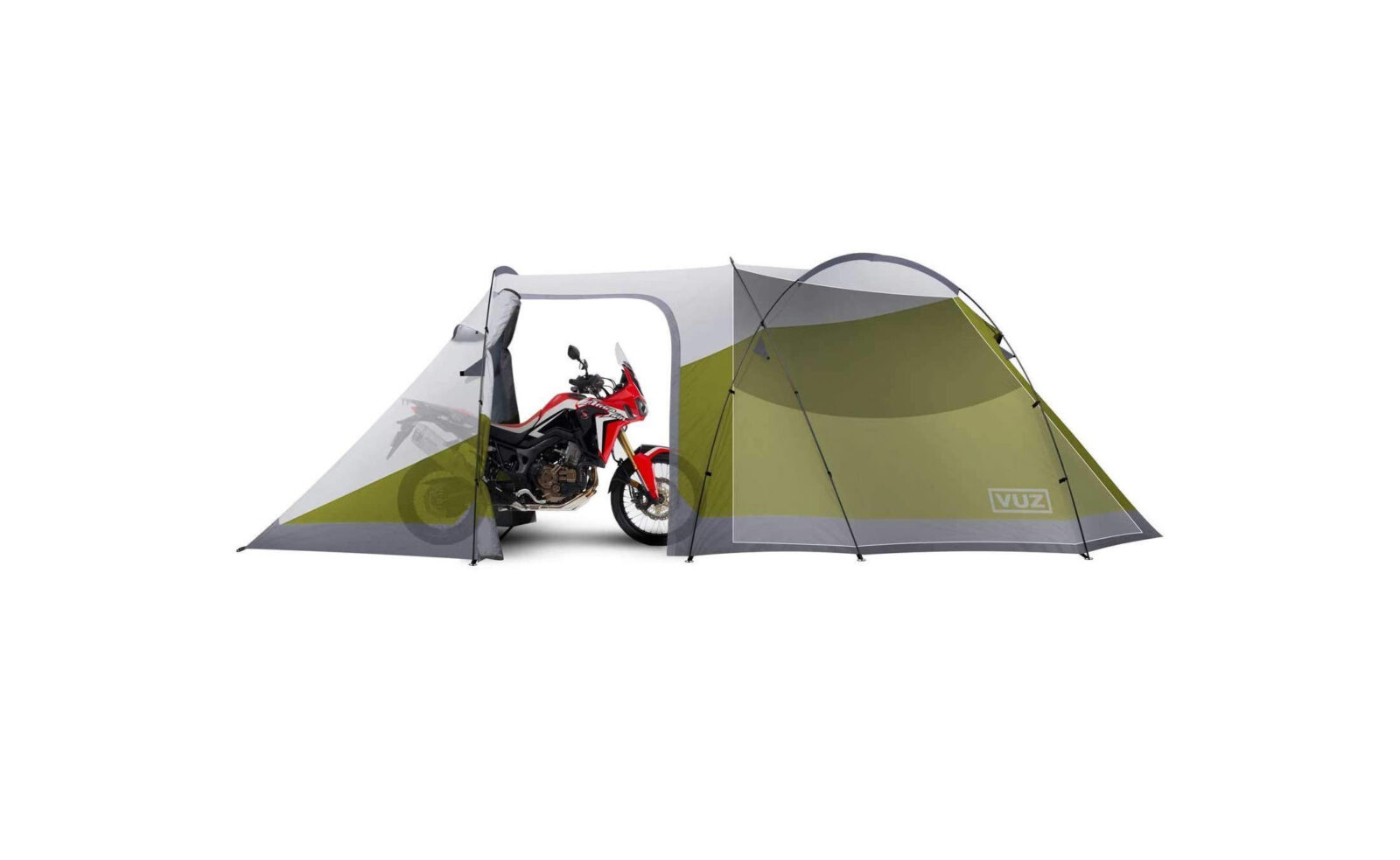 The Vuz Motorcycle Tent is designed for use on motorcycle road trips, either on or off road. Unlike most tents, the Vuz has a built in motorcycle garage on one side and a 3-person tent on the other, making it ideal for everything from weekends away to cross-continental adventures.

When camping it can be a good idea to keep your bike out of the weather and away from prying eyes, there’s also a lot to be said for having a sheltered space to work on your bike should you need to.

The Vuz Motorcycle Tent has four points of entry, a door on either side and one at each end. The doors have mosquito mesh netting in place to keep the bugs away, and there’s a waterproof rainfly for use in inclement weather conditions to keep the rain out.

The floor of the sleeping compartment is waterproof, and the garage section has no floor so you can roll your bike in and out without worrying about tearing up the groundsheet. When set up the tent measures in at an impressive 12.3 feet long, and once packed away it weighs 13.6 lbs, and measures in at 24.3 inches by 10 inches by 7.5 inches. 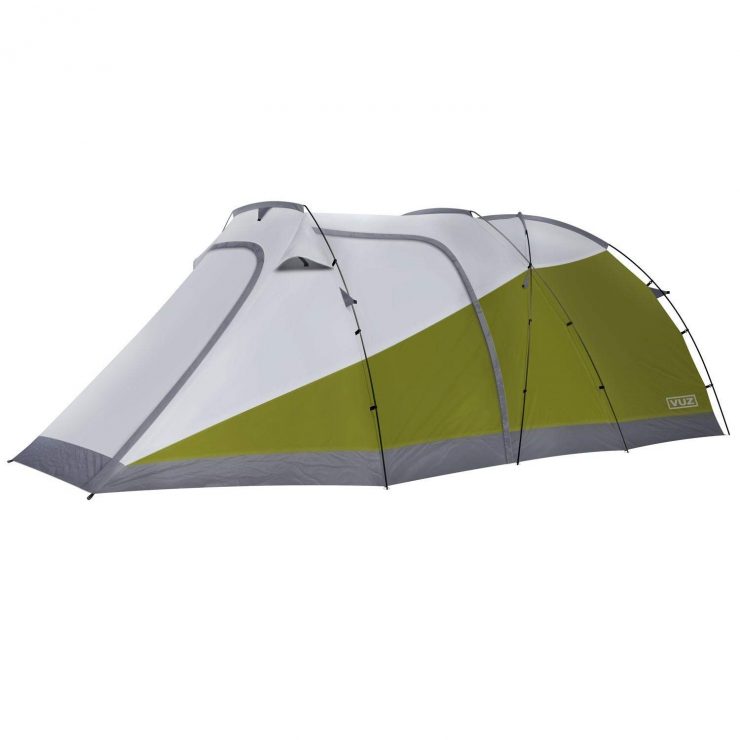 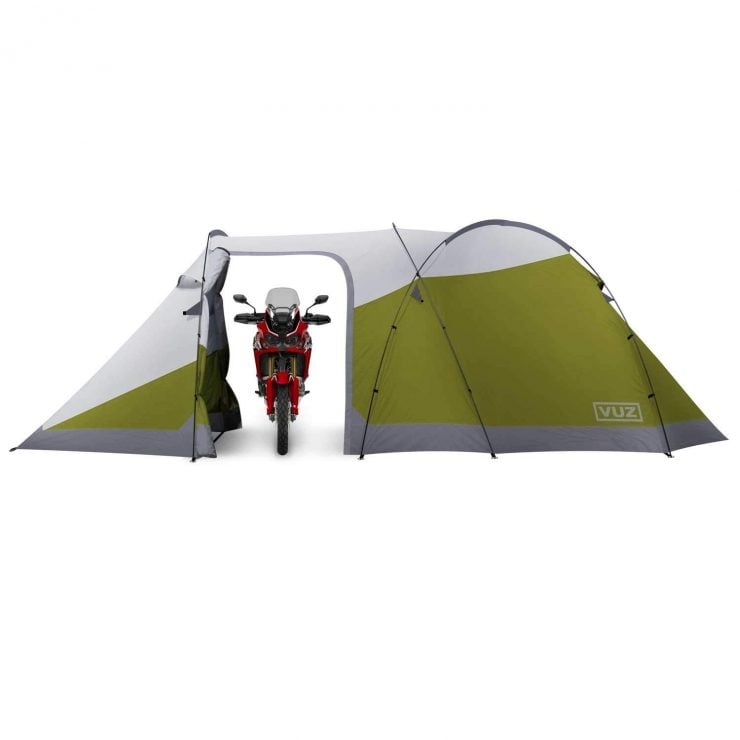 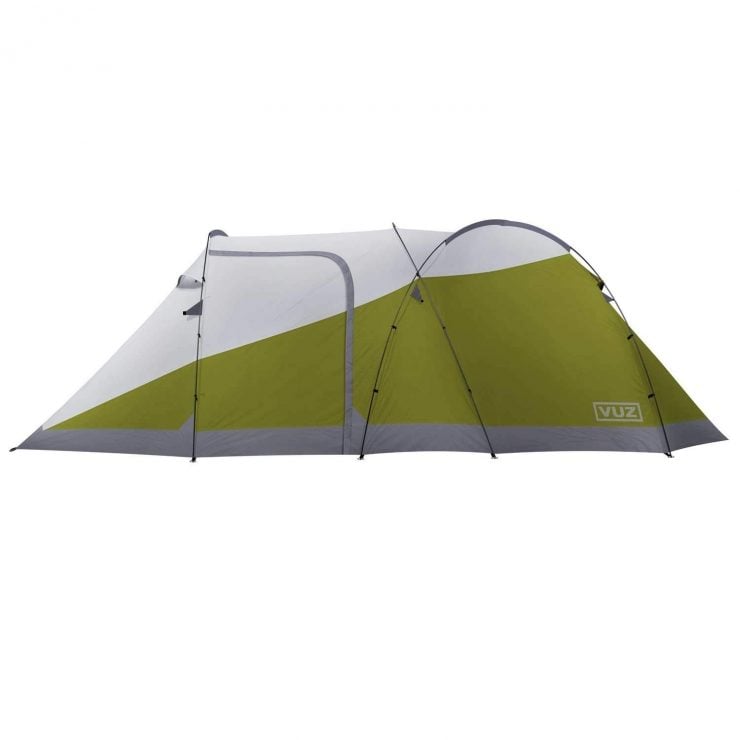