“Scramble” is a 1981 film about British motocross by talented amateur filmmaker Syd Pearman. The film offers a fantastic look into the world of weekend warrior motocross riders, including a personal favorite who arrives with his Suzuki loaded on its side in the back of his hatchback.

There’s a good amount of racing footage despite the fact that the film is only a little over 11 minutes long, and it finishes with a wonderful quote from one of the most unintentionally hilarious women I’ve ever seen.

A 1981 look at the sport of scrambling and motocross. Filmed on 16mm film

When we decided back in 1980, that we would like to make a film about scrambling we thought that some slow motion would be a good idea, preferably in the rain so that mud being flung from the bikes might look good.

We went to 3 meetings but there was never any sign of rain when we turned up – in fact it was almost a guarantee for the organisers of a fine day if we attended. In the end we did the film in the sunshine and the slo-mo wasn’t too bad in all the dust…. But see what you think. 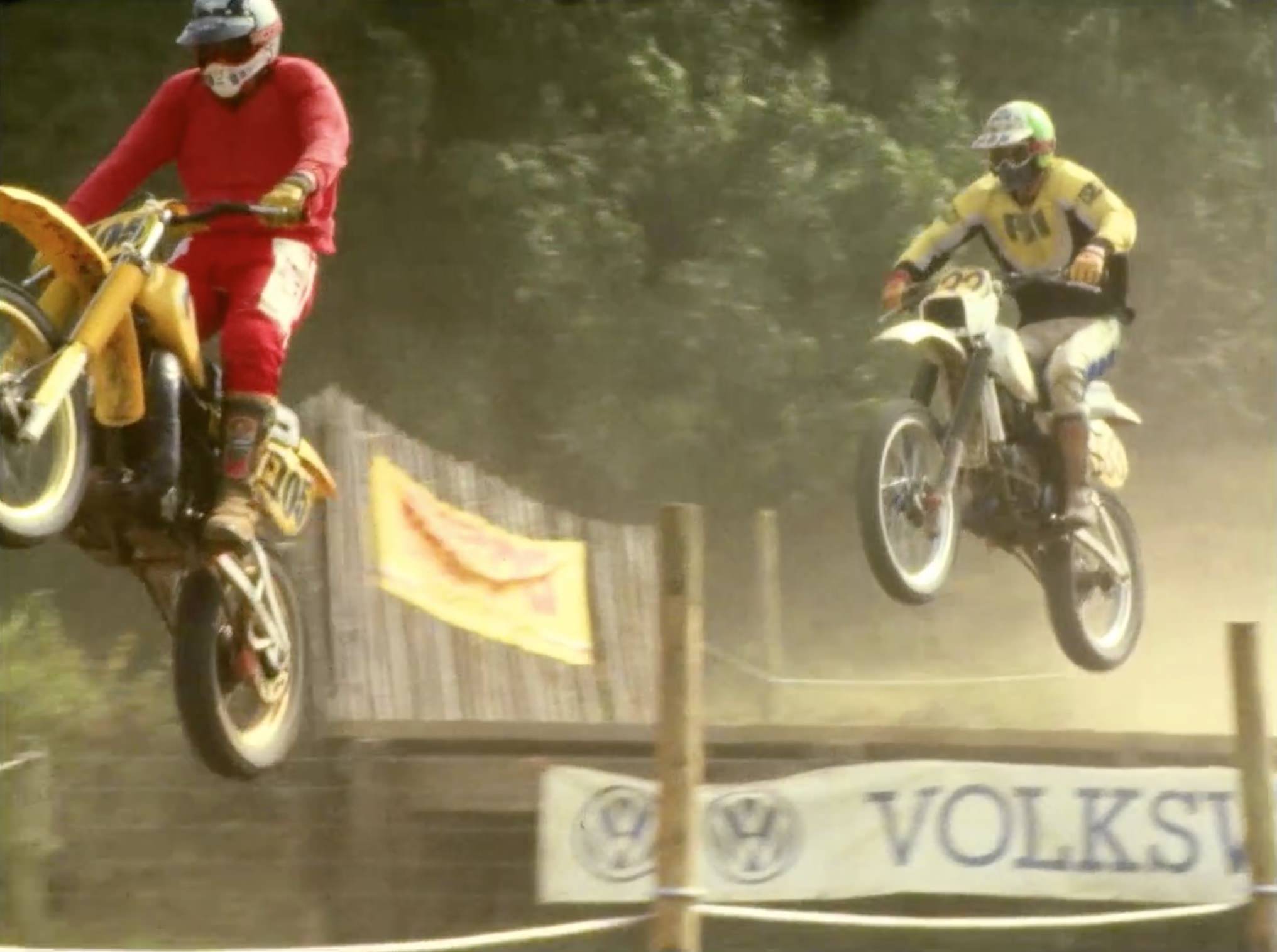