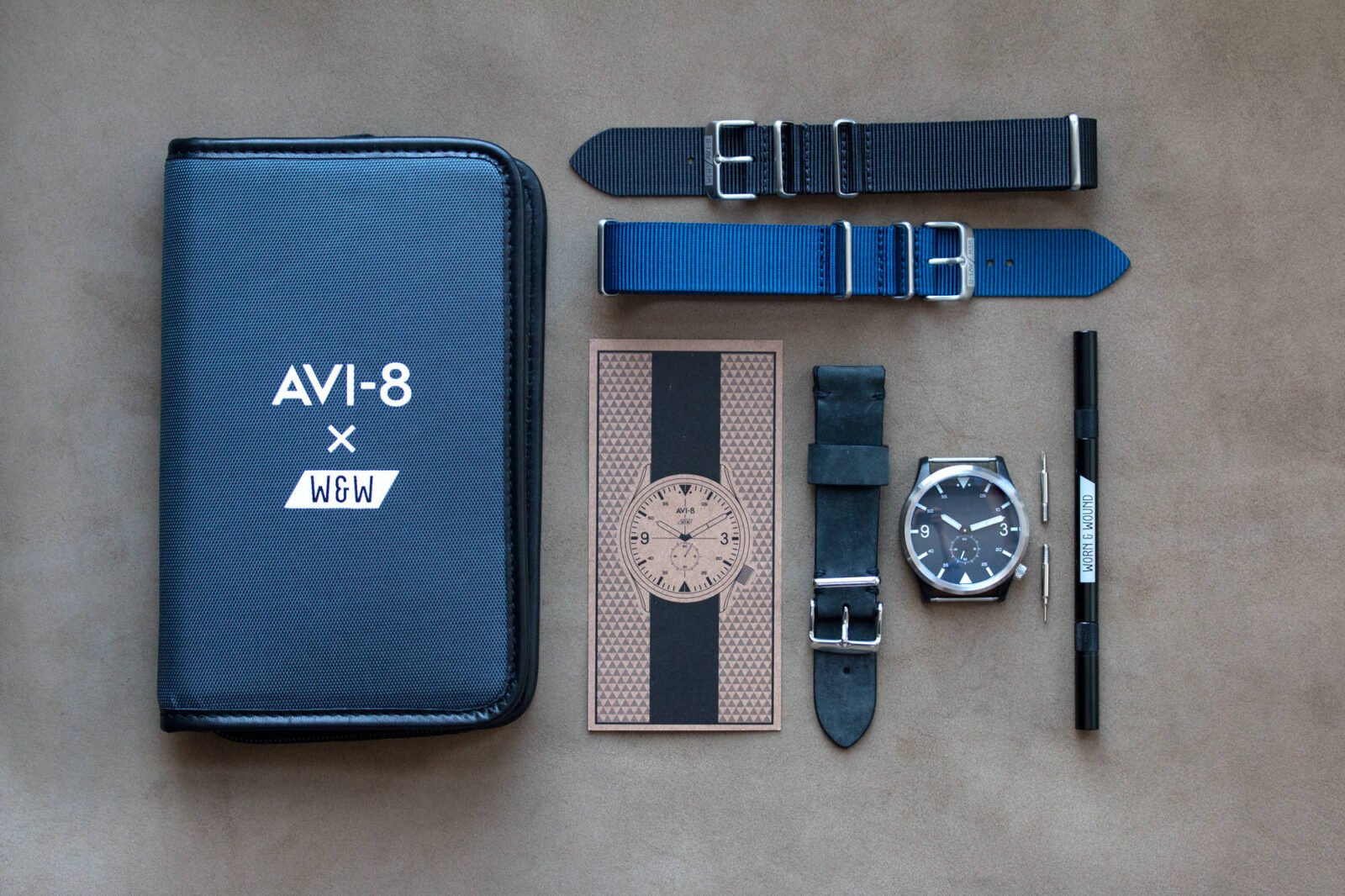 At $399 USD, the Worn & Wound x AVI-8 is one of the best value propositions in the world of low volume automatic watches. Most timepieces in this price range have far less desirable quartz movements, meaning they’re little more than electrical appliances in the view of serious horologists.

The Worn & Wound x AVI-8 Watch uses the Miyota 8245 automatic mechanical movement with a case made from hard-wearing brushed stainless steel. It comes in a box with two nylon Mil-Strap bands and one original Worn & Wound Olive Model 2 – made from a rich, oiled Chamois Horween leather. 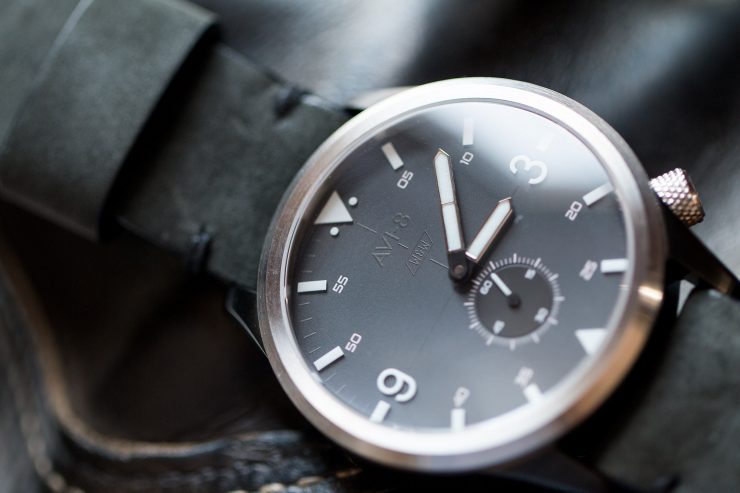 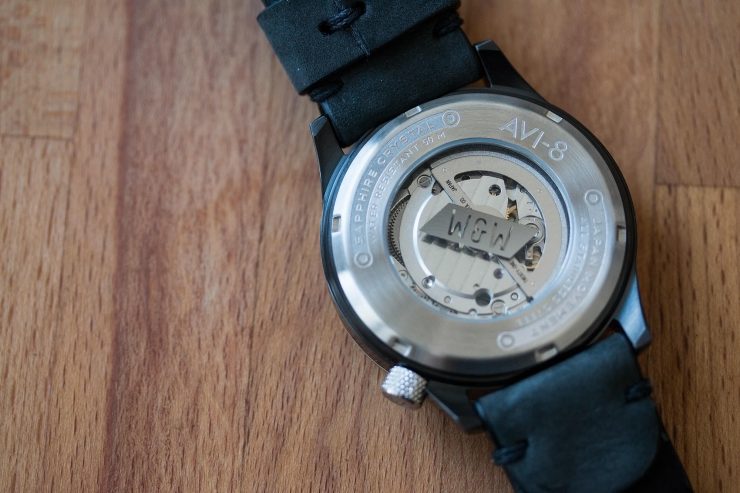 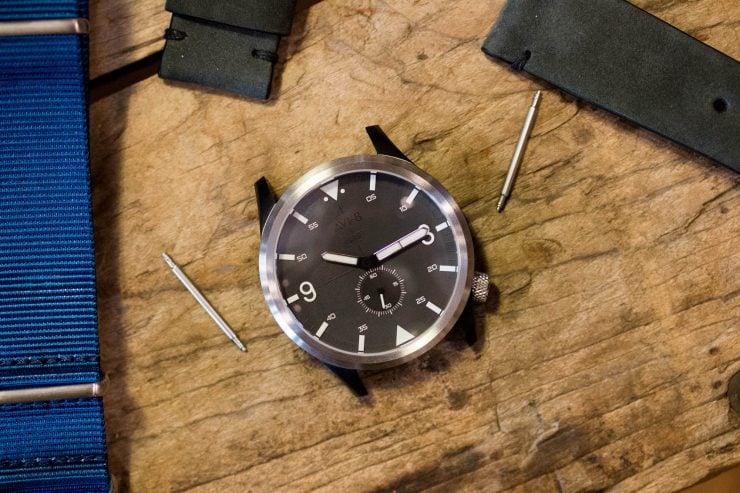 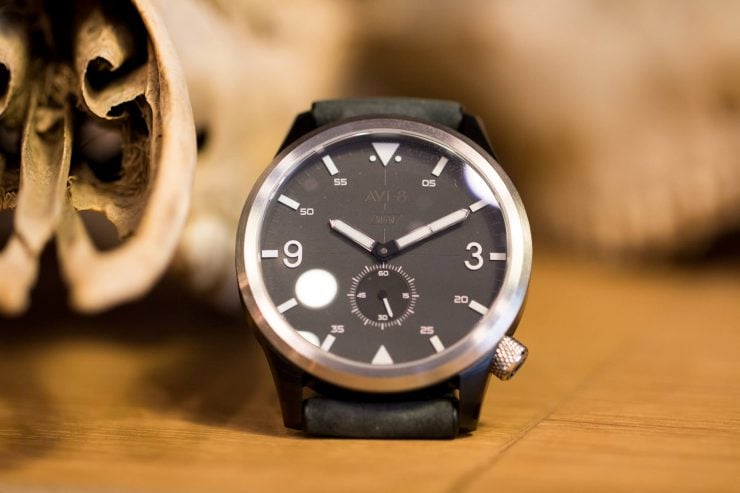 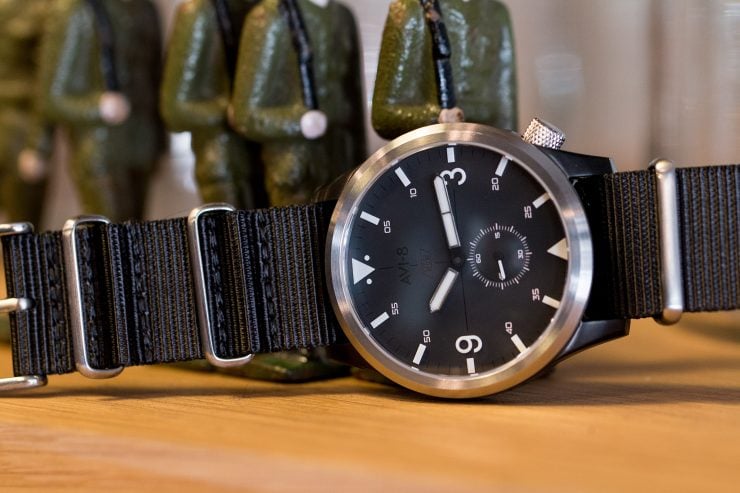 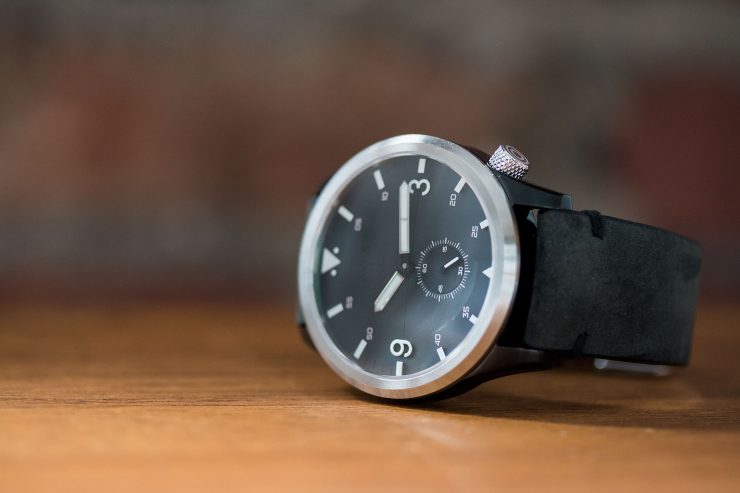 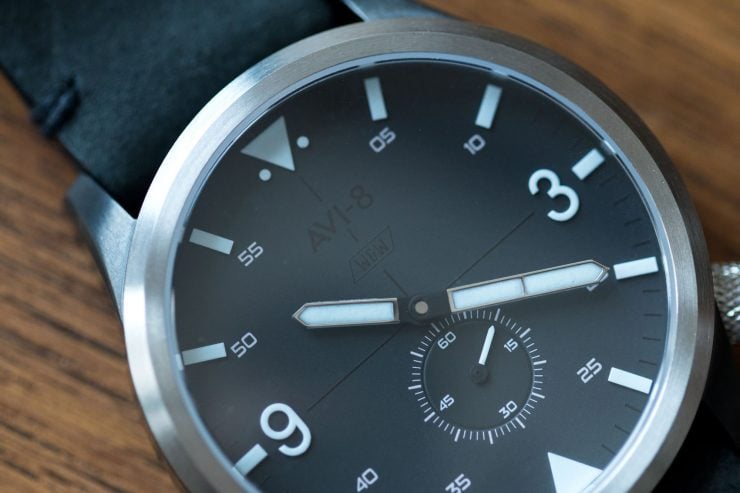 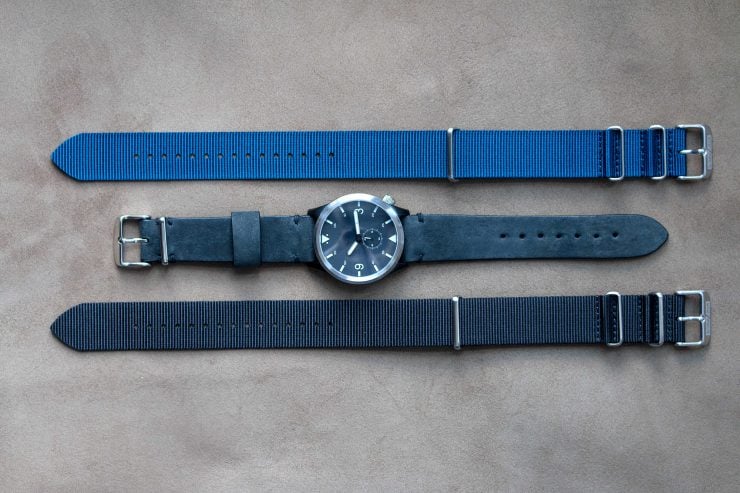 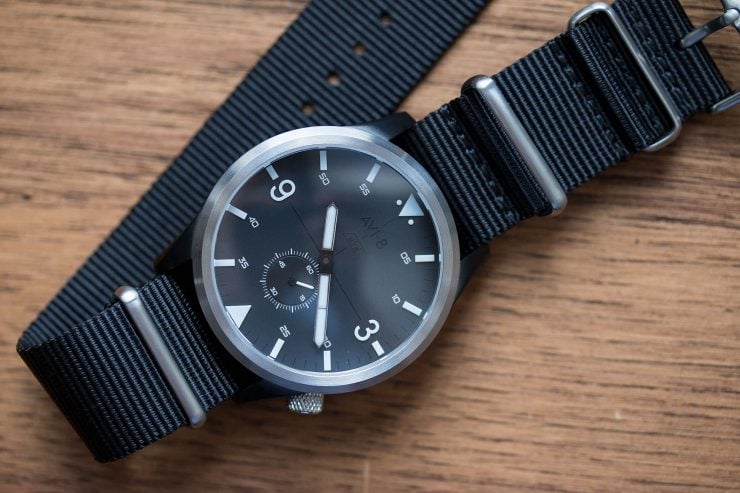