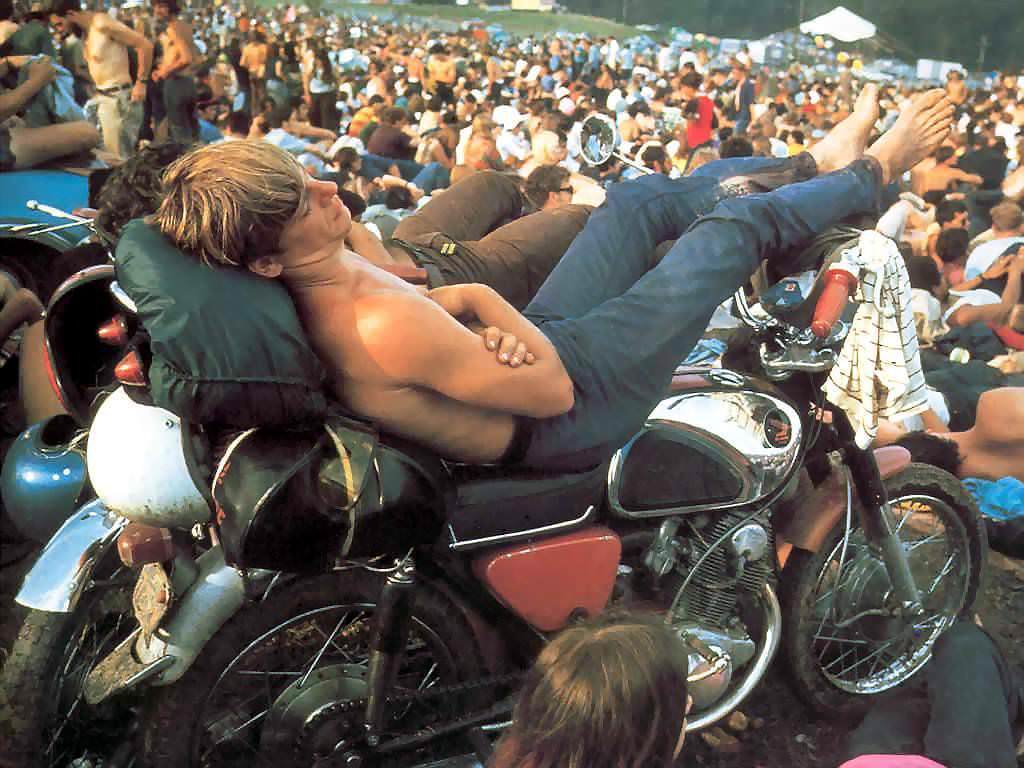 It occurred to me on seeing this photograph that I’ve never actually tried sleeping on a motorcycle. I slept next to one once due to the fact that I can occasionally be an idiot who forgets to turn his petcock from “reserve” to “normal” and as a result ended up a long way from nowhere with a motorcycle that was about as functional as a homeopathic flu remedy.