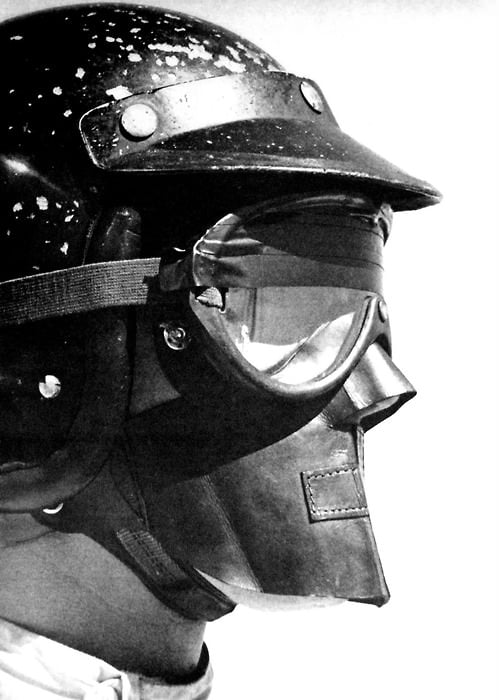 This almost surreal shot of Dan Gurney shows him wearing the standard safety equipment of the day, full face helmets were unheard of HANS devices wouldn’t be invented for many more decades and that black tape across the goggles was as close as you could come to photochromic lenses.