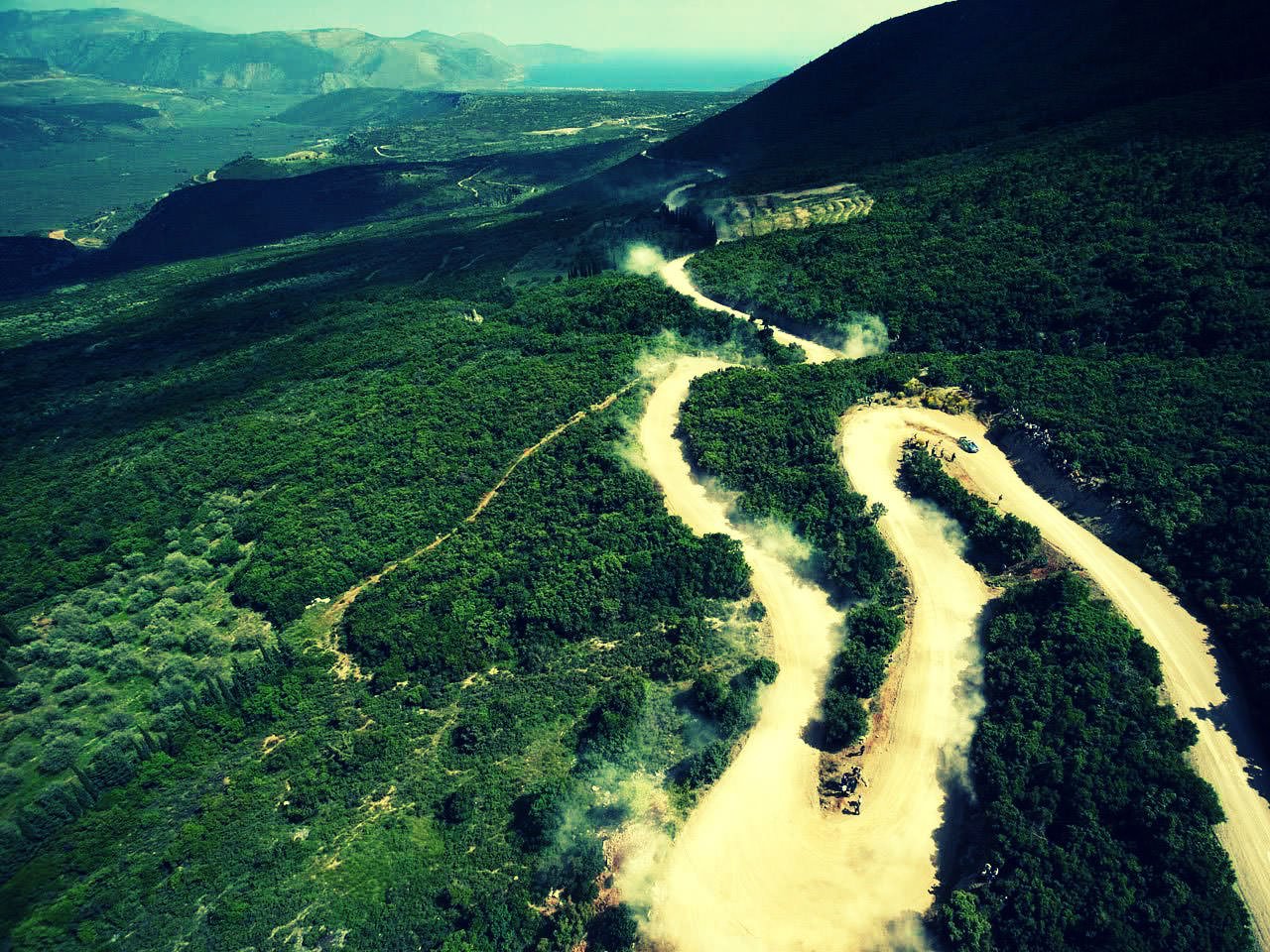 This is one of the most captivating aerial rally photographs we’ve ever seen, the visible dust clouds over each of the corners give a fantastic sense of speed. I’d love to say I want to try this for myself but I suspect that if I did, there’d just be one dust cloud and it’d be over the first corner.