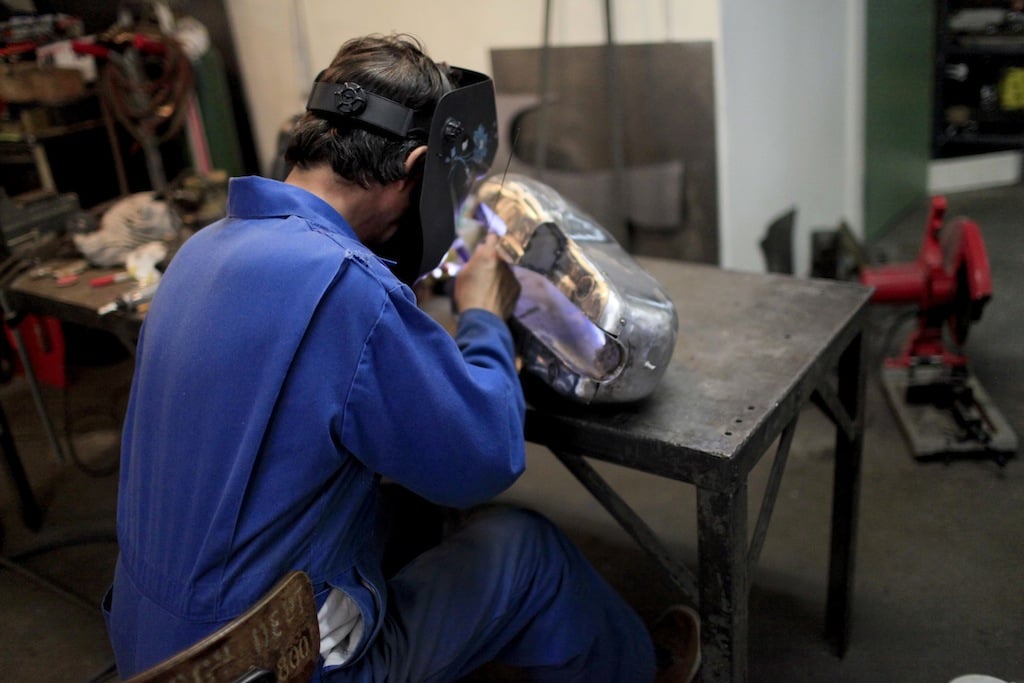 Walt Siegl is easily one of the finest custom motorcycle builders in the world today, we’ve covered his work in the past with features on the MotoBee, the Riviera Ducati SS, the WS Sport Classic and the FX Roadster. This picture is Walt hard at work fabricating the fuel tank for the FX Roadster, a bike that is easily one of the most beautiful Harley customs we’ve ever seen.

This unusual Triumph T100SS “Norman Hyde” cafe racer has all the hallmarks of a period-built custom motorcycle designed for (oftentimes illegal) road racing in England….

This post was written by Mike Gustafson at Monnom Customs. When possible we like to bring you the story of a custom motorcycle in…

After some quick research I’m convinced that this Lincoln V12 is the cheapest V12 for sale anywhere on earth at this moment in time….

This is an original Rokon Trail Breaker, it’s probably the most unusual motorcycle being made in the United States and certainly one of the most…