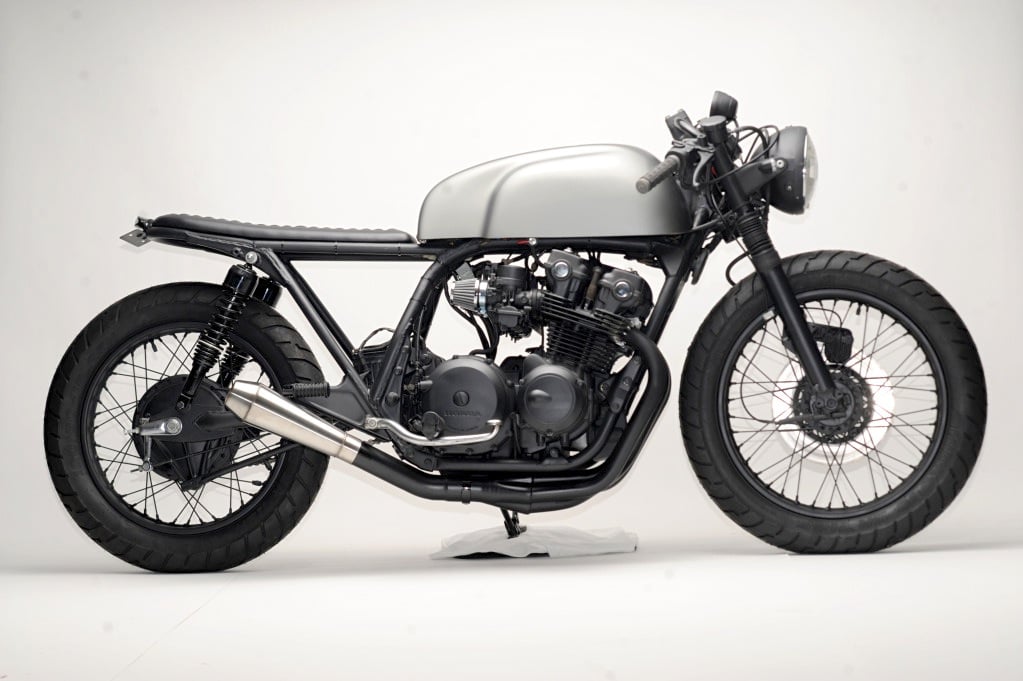 This minimalist Honda CB750 cafe racer is a quintessential Steel Bent Customs motorcycle, all the unnecessary nonsense is in the garbage leaving just a raw, almost skeletal motorbike that’ll happily carve up mountain roads with the best of them.

The Steel Bent Customs team built this 1981 CB750 for a chap who is serving in Afghanistan, he’s due back in February 2013 so the bike is finished nice and early and is now waiting to hit the open road with a guy who deserves time off more than most. 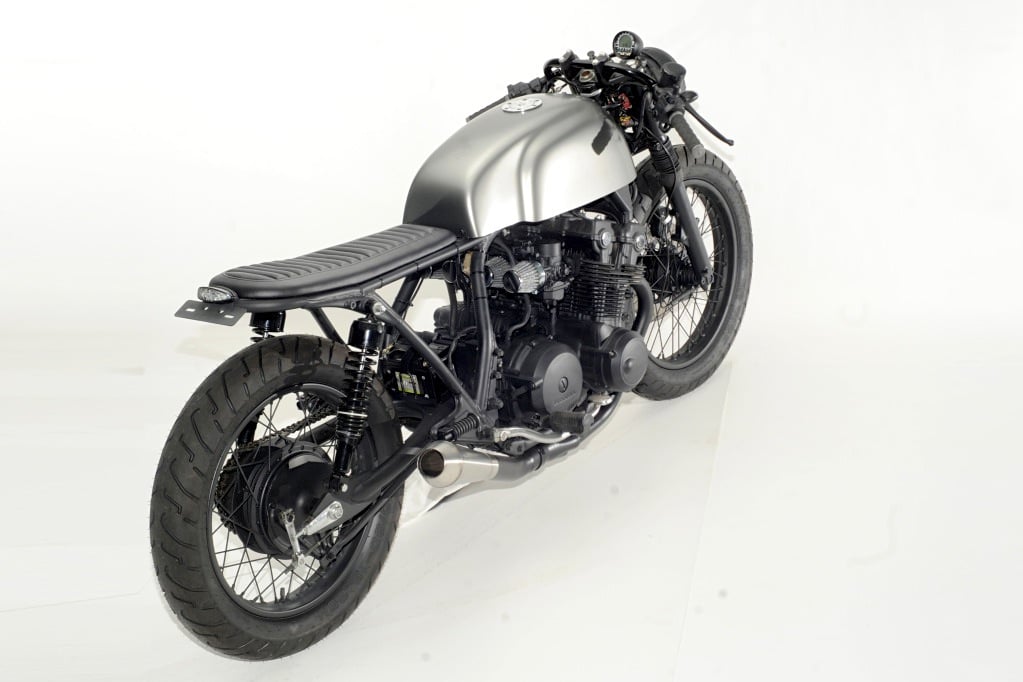 When he was commissioning the build he asked Michael at SBC to create a dark, all black colour scheme with classic spoked rims and a timeless Manx-style fuel tank. The front end was taken from a CB550 to give the bike a nice low stance, the guys at Dime City Cycles built the clubman style bars for a wider Triumph triple tree that allows a solid, race ready rider position.

That digital gauge is a Acewell model, all electrics have been moved under the fuel tank and all lights have been replaced with smaller LED units and the bike was finished off with a signature low-profile seat.

This is one of those Honda CB750 based customs that I’d happily park in my garage and hopefully it’ll make one guy’s time in Afghanistan a little easier knowing he has this killer bike waiting for him at home. If you like this style of motorcycle, check out another Steel Bent Customs bike here that’s currently for sale on eBay. 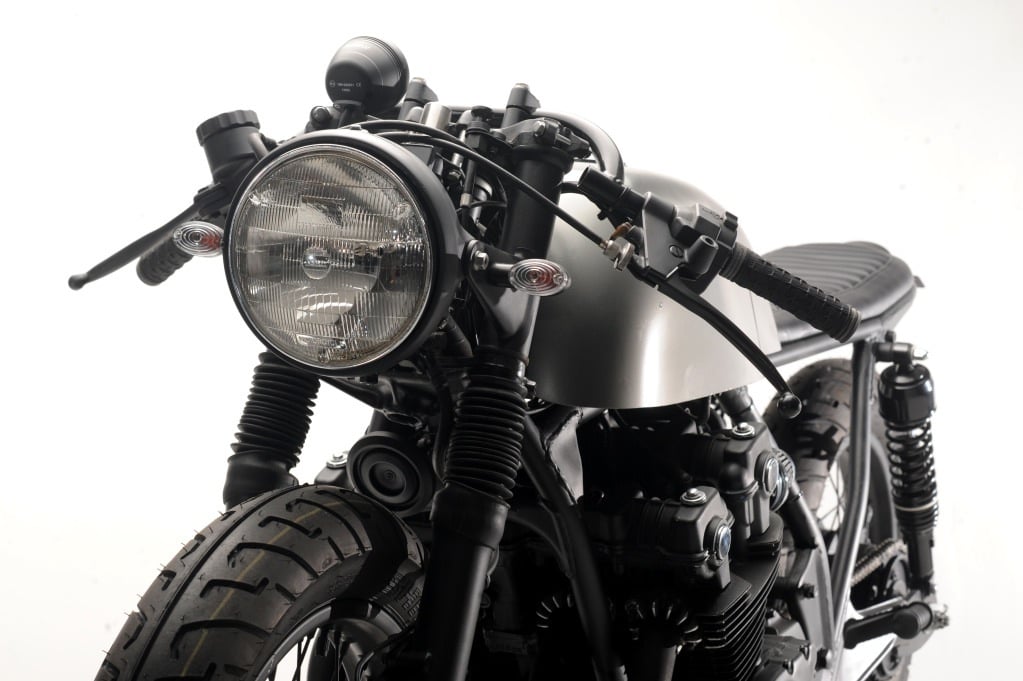 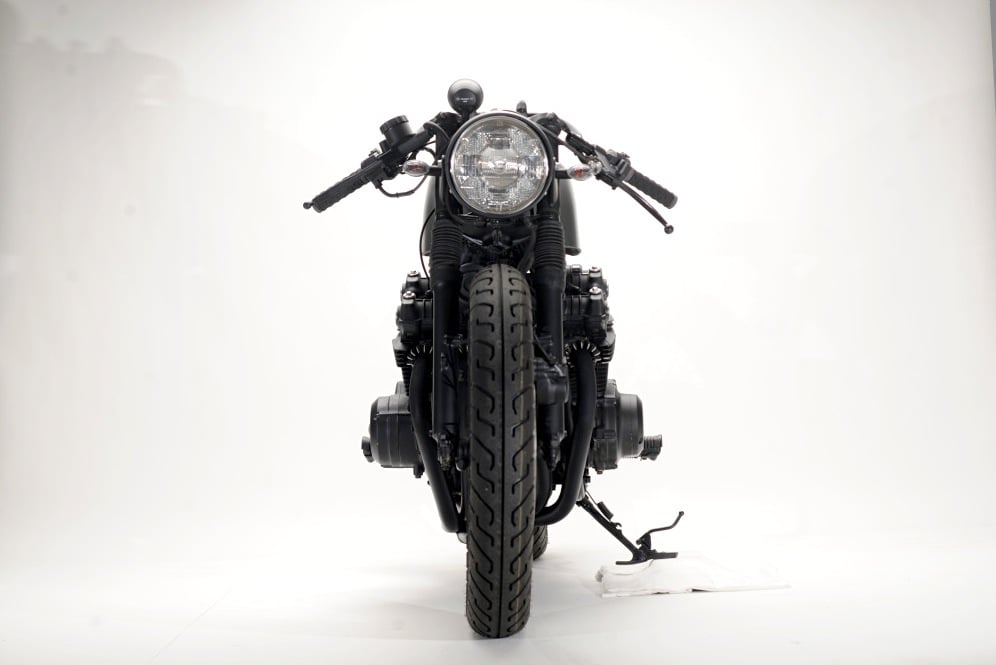 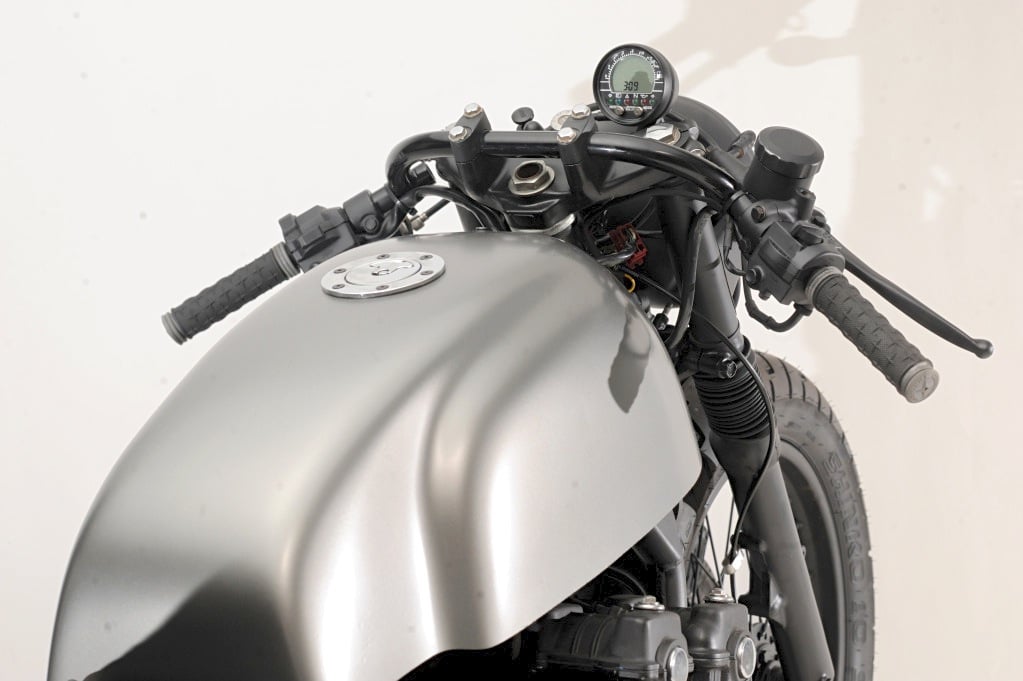 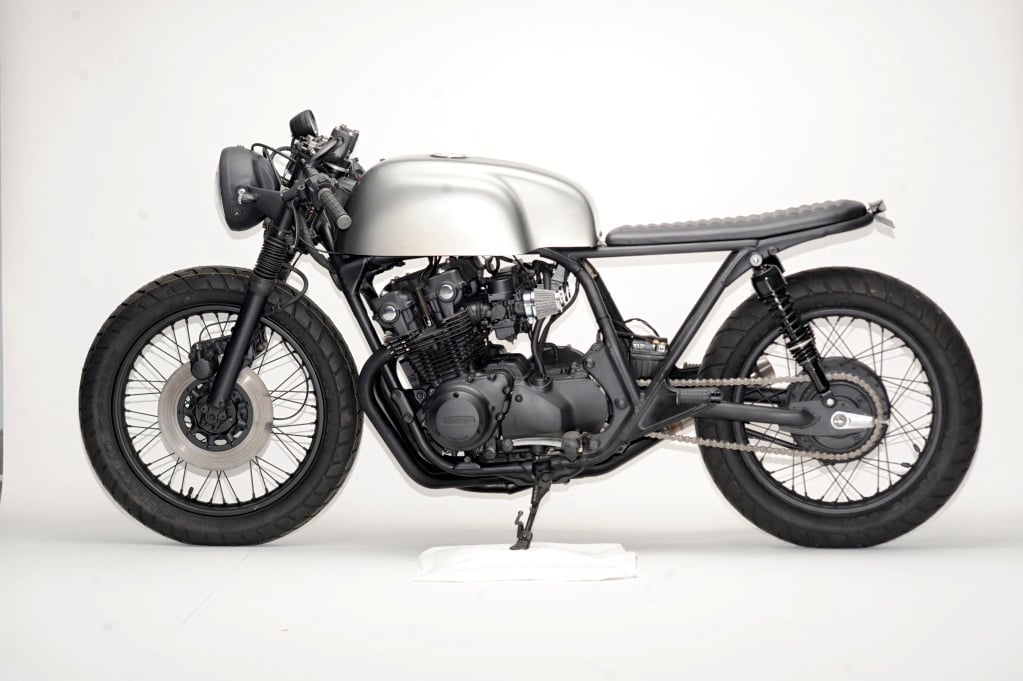 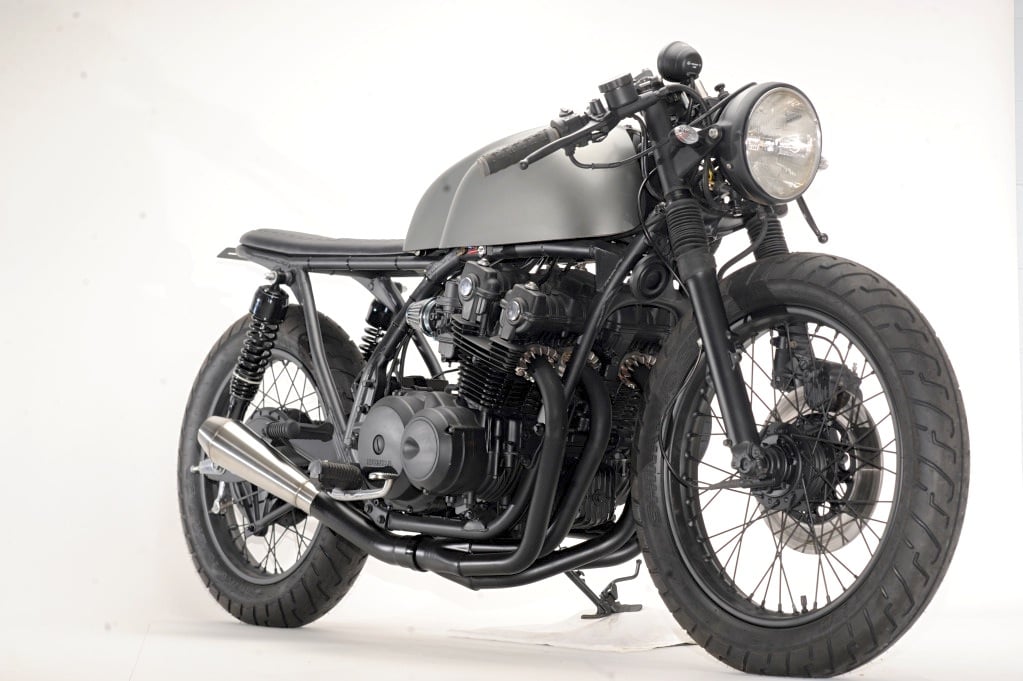