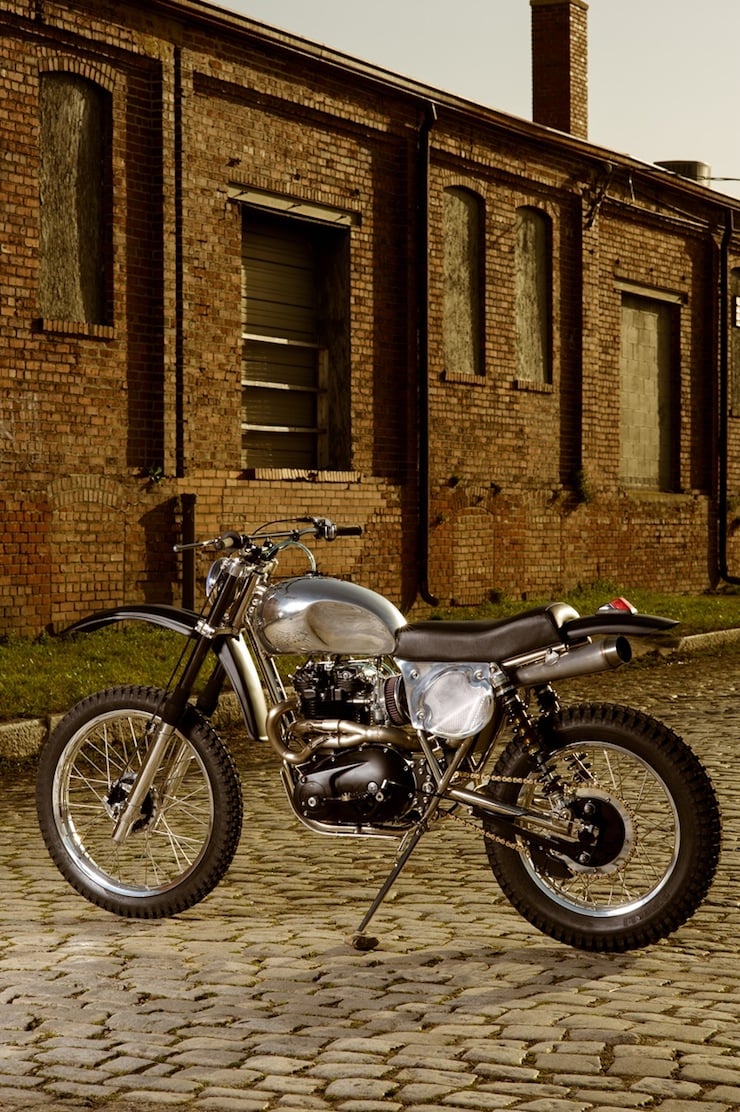 The RVA Overland is one of those motorcycles that looks so utterly perfect that I just want to shut the hell up and post the images. That said, it would be doing the bike a disservice to not share a little about its construction and the work that went into creating it.

As you may have guessed from the title, this bike was built by Clay Rathburn over at Atom Bomb Motorcycles, the garage is based in the historic town of Richmond, Virginia and Clay specialises in building custom vintage British motorcycles from discarded, damaged, abused and forgotten Triumph and BSA relics. 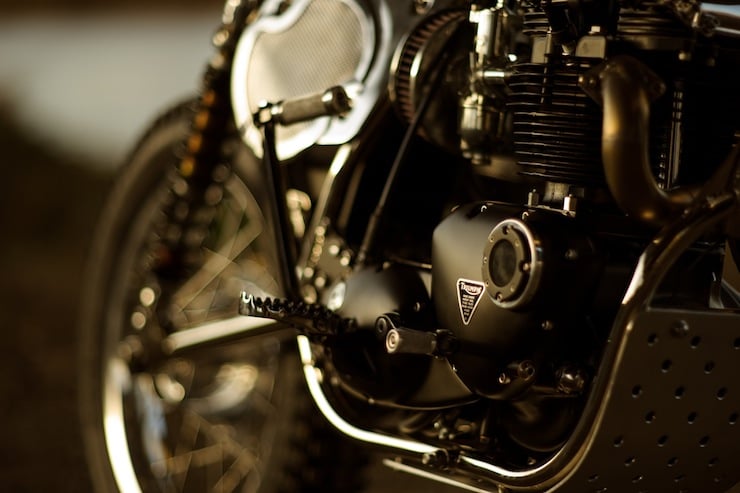 The RVA Overland is a personal project from Clay, it’s quite different from his usual work and it’s nice to see attention being paid to the off-road/enduro motorcycle genre. That beautiful black engine is from a 1974 Triumph Bonneville, it’s a parallel twin with about 49hp on tap and that power is fed to the rear hub via a 4 speed transmission.

1974 was an interesting time at the Triumph factory, the workers became enraged on hearing of the impending shutdown of the Triumph Motorcycle factory in Meriden, so they shut it down themselves with a major strike in October 1973, just as production was being changed over from the 1973 models to making the new 1974s. Production wasn’t fully resumed until 1975 which means that very few 1974 Bonnevilles were ever made, making it one of the rarer Triumphs produced in the 1970s. 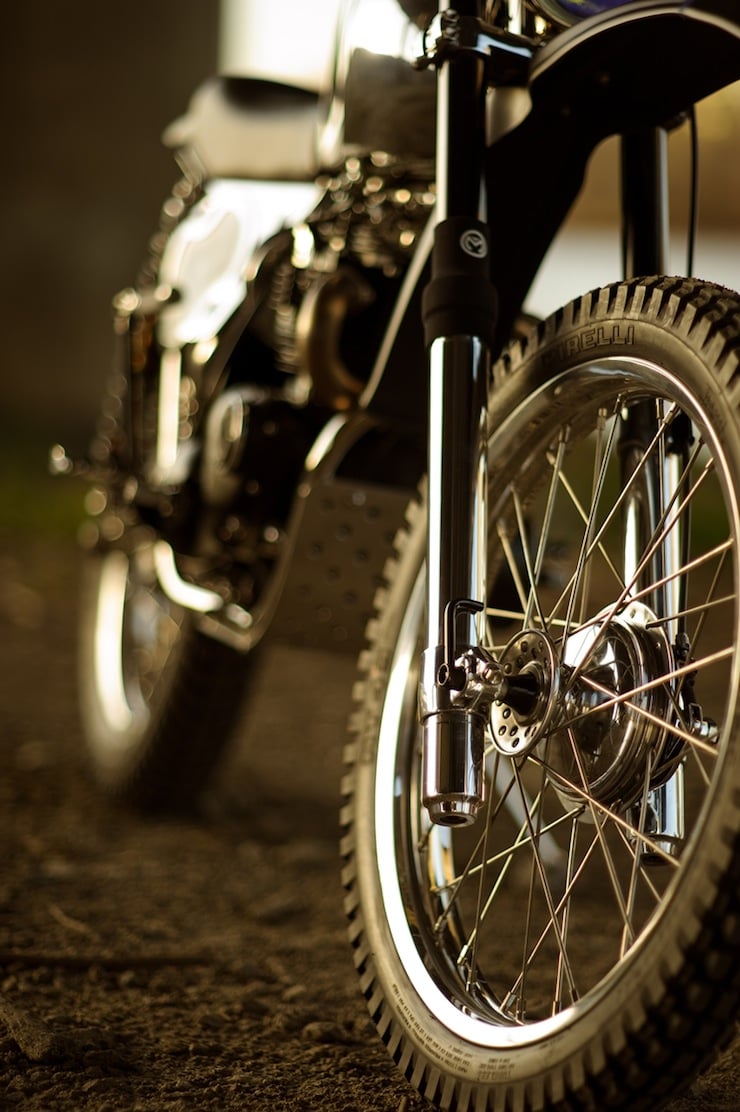 From a purely technical perspective, the RVA Overland is a tour de force. Starting from the front of the bike, Clay had DC Plastics custom-mold the fenders, KYB forks were added and that frame was handmade from scratch. That air-cooled Triumph engine is powdercoated, the exhaust was made by Burns Stainless and if you take the time to really look at it in the pictures, you’ll note just how meticulous it is.

If, like me, you fell in love with this bike after taking a look through these stunning photographs I have some good news for you. The RVA Overland is currently for sale. If you’d like to shoot Clay an email and make him an offer on what is quite possibly the most beautiful vintage Triumph enduro bike ever made, hit the link here. 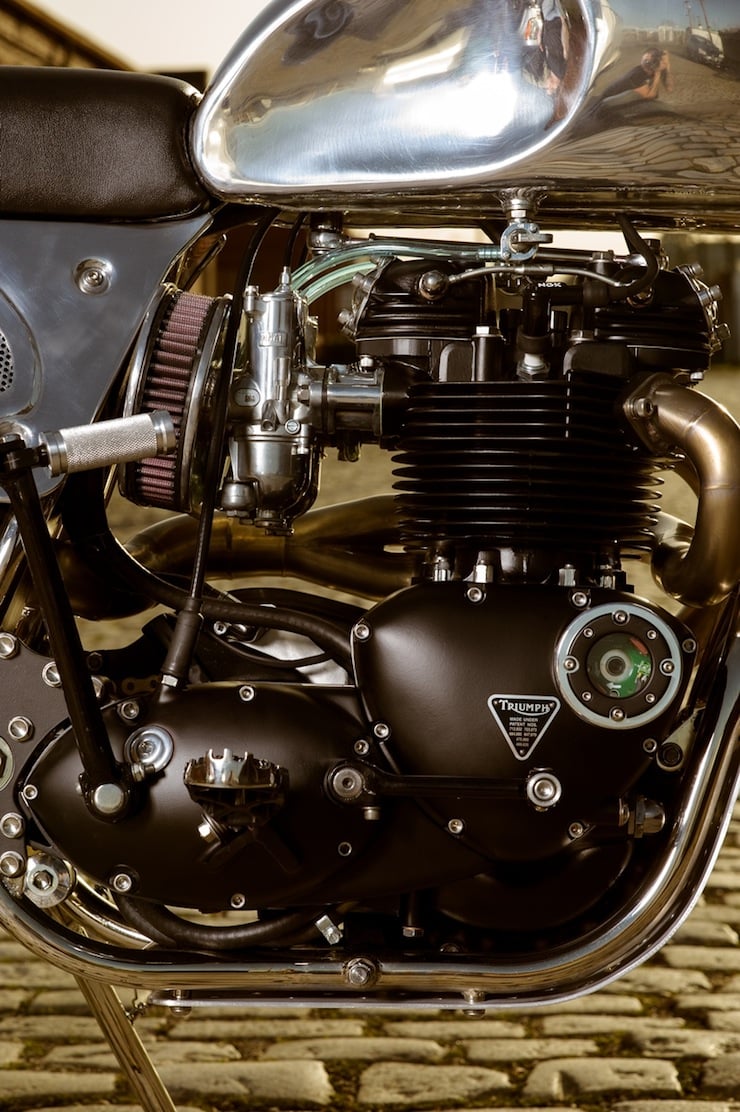 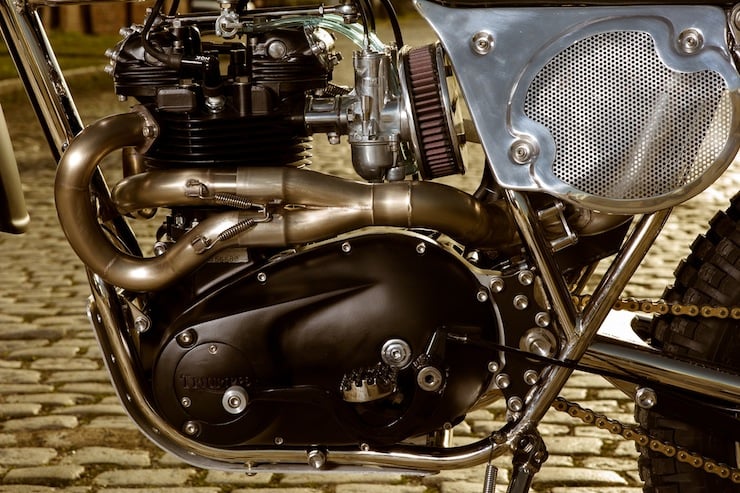 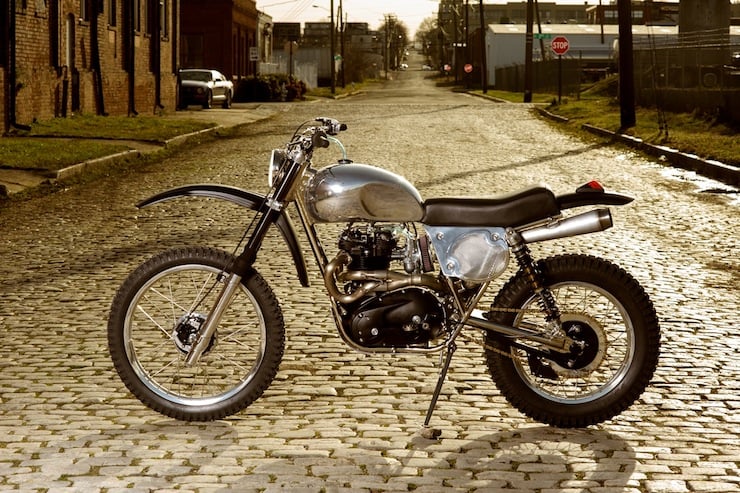