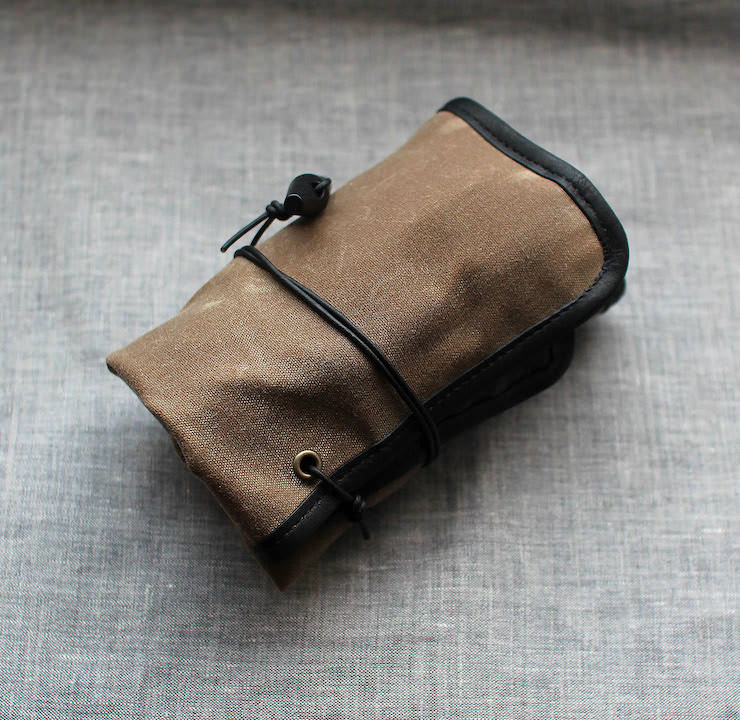 The Watch Roll by Worn & Wound is a carrying solution for people with 2 or more watches that they need to keep safe whilst travelling, each roll is made from a combination of Horween Black Essex leather and 10.10 oz waxed Army Duck canvas with the inner lining being a watch-face-friendly ultra suede. 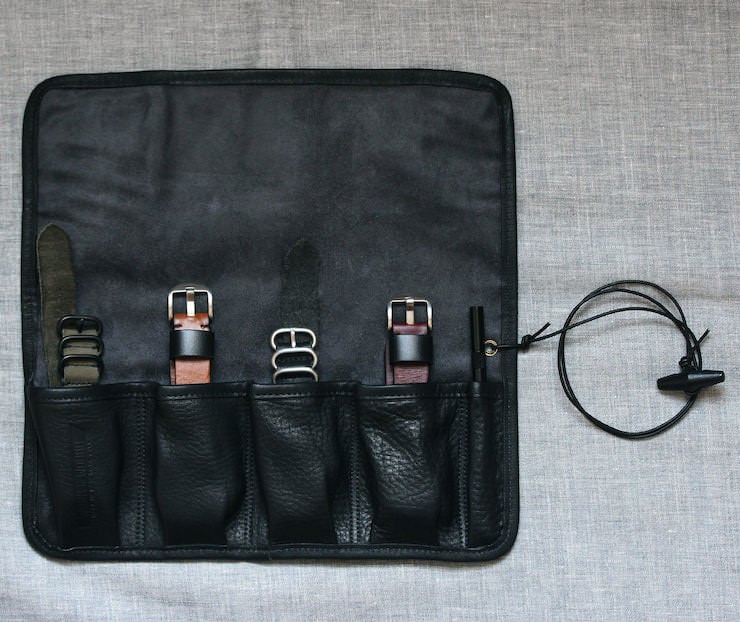