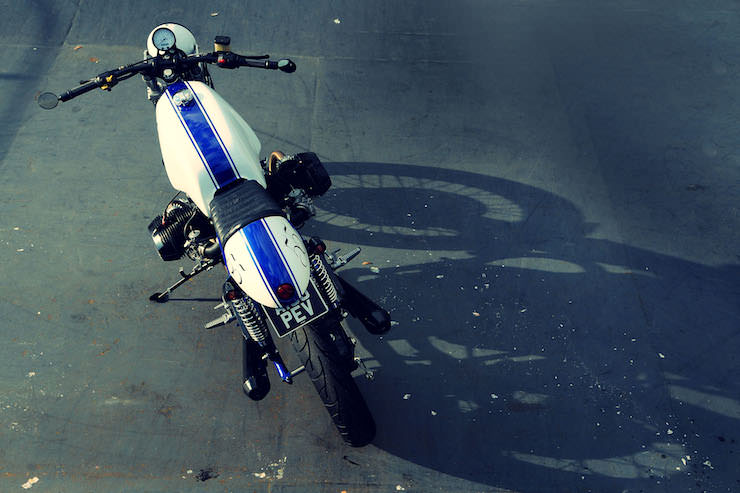 Kevil’s Speed Shop was founded by Kevin Hill in England a few years ago and has quickly risen to prominence as the top custom BMW motorcycle builder in the country and one of the best in the world.

Kevin’s bikes all have a distinctive look, they’re engineered to perform well rather than just look pretty and this bike, dubbed “Azure” is a great example of his work. Azure is based on a 1982 BMW R80, a classic airhead that’s been seeing a huge surge in popularity recently with custom builders and restorers alike.

The 798cc (48.67 cubic inch) flat-twin boxer engine that powers the R80 is generally considered to be one of the most reliable motorcycle engines of the late-70s, they were built to handle both the extremes of German winters and Moroccan desert summers and the distinctive opposed-twin layout does a great job of keeping the cylinder heads out in the clean air.

Kevin built this bike on commission from Uzoma, an Italian client who fell in love with the bikes that Kevil’s Speed Shop had produced previously. His commission brief was to create an R80 based cafe racer with a white and blue colour scheme reminiscent of the Shelby creations of the 1960s, the engine and wheels were blacked out, front fork gaiters were added and a new seat/cowling was added.

The finished bike is now on its way to Rome, where it’ll provide a delightful contrast with the scooters, Ducatis and mopeds that are so common on the cobblestone streets of the ancient city. If you’d like to see more from Kevil’s Speed Shop you can click here to loom through the back catalogue. 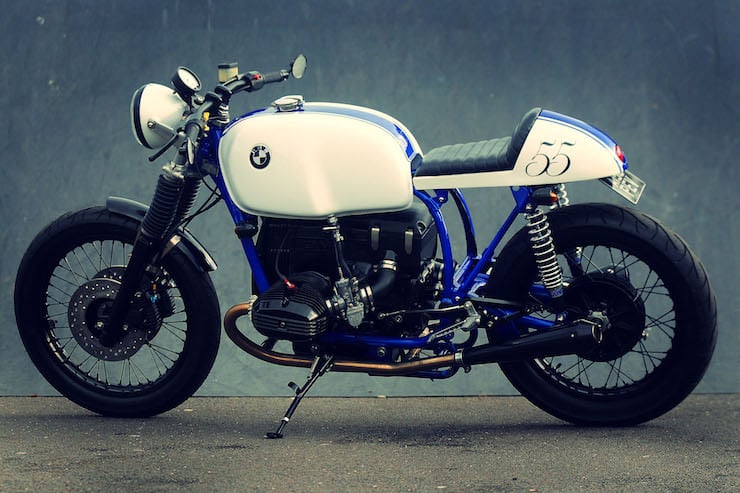 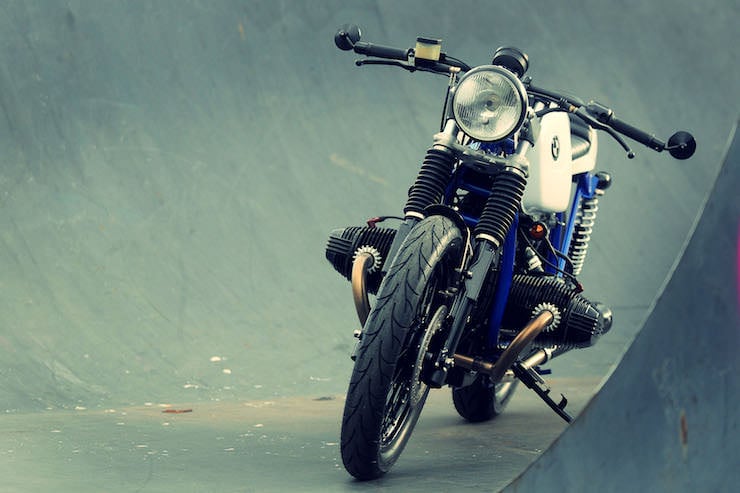 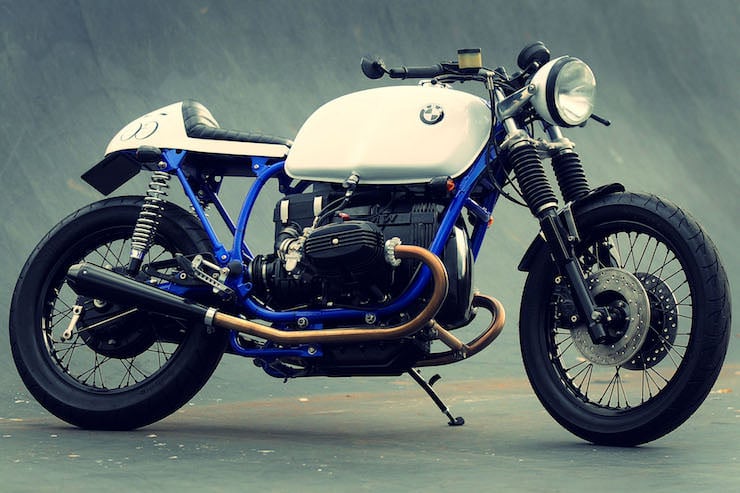 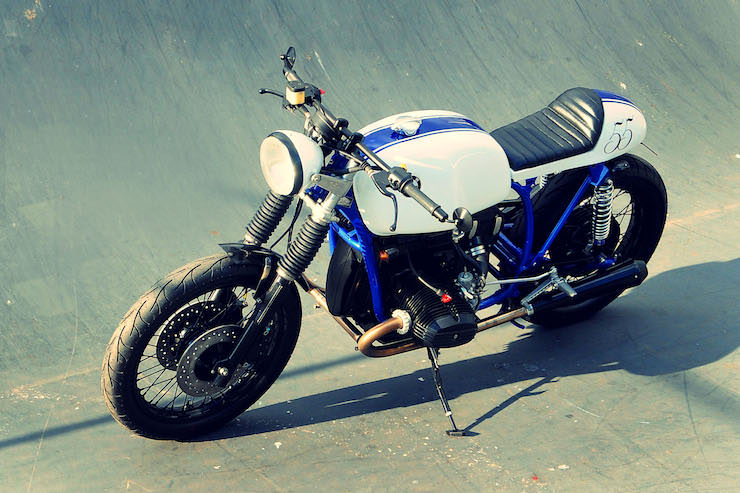 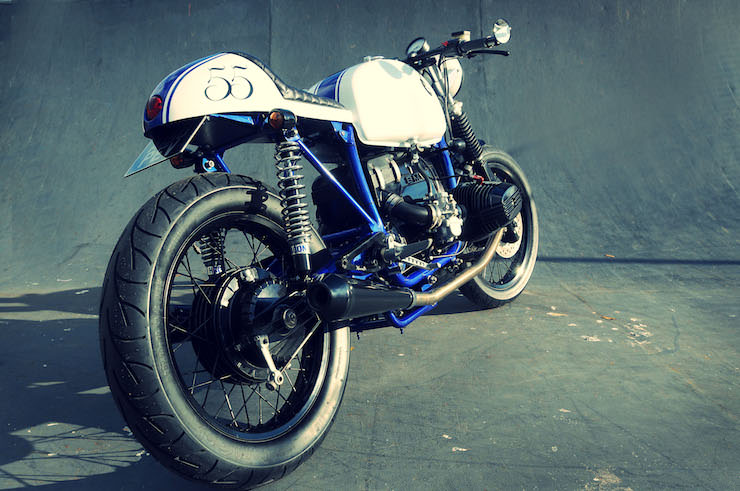 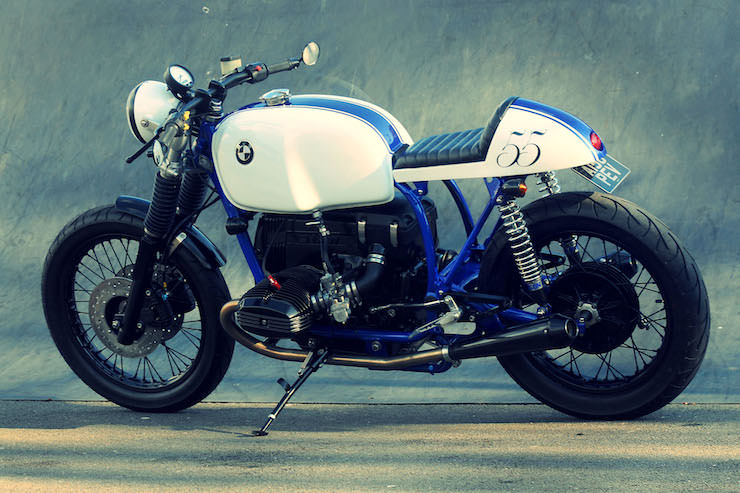 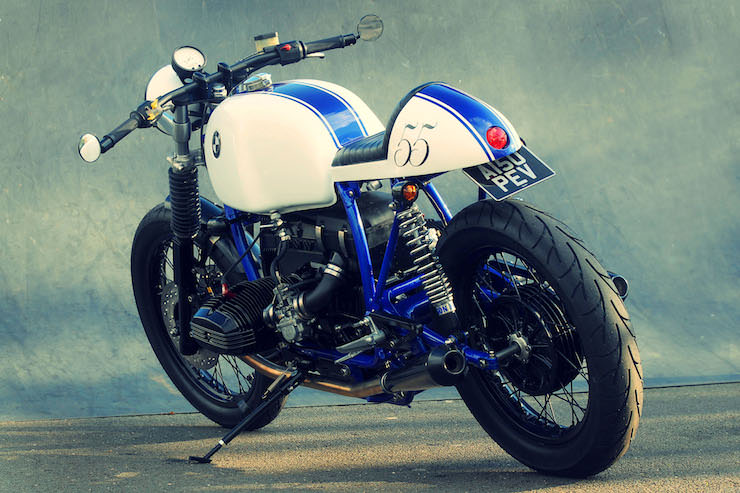 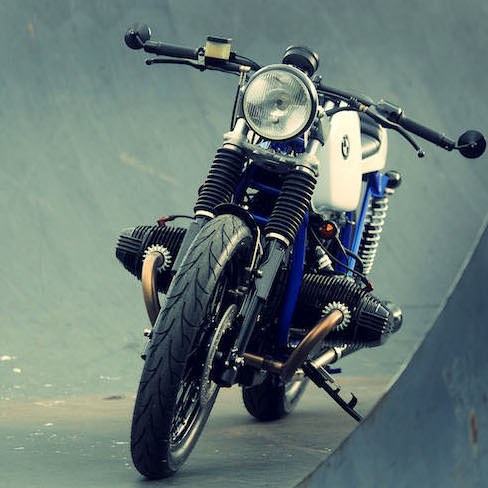